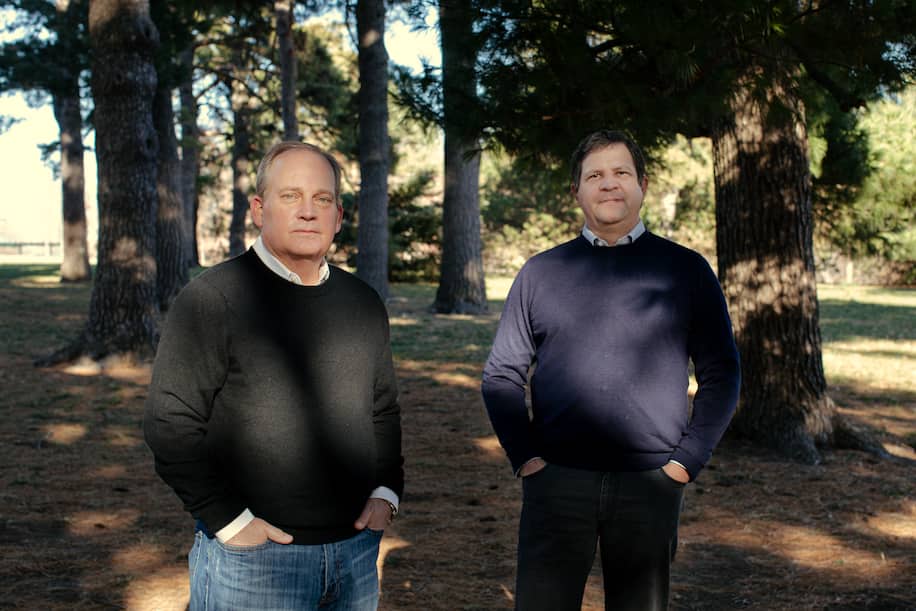 Scott Brouillette, left, is the chief executive and Jim Atwater is the founder of InReturn Strategies, a firm that connects companies with underserved markets and talent. Chase Castor for The Washington Post

When he was younger, James Geary never had a dream job, because people treated him as though he’d be lucky to have any job at all.

Geary, 28, who has cerebral palsy, has long felt the limitations of other people’s expectations. When he was in college, people would ask: “Why are you here? No one’s going to hire you.” In job interviews, he said, he felt pressured to downplay his disability because he didn’t want to be perceived as a burden. And when he wound up unhappy in a job that didn’t match his skill set, he was told to grin and bear it, because “people like you don’t get jobs like this.”

But everything changed after Geary connected with InReturn Strategies, a start-up intent on making hiring more inclusive by bridging the gaps between employers and job candidates with disabilities. Its founder, Jim Atwater, helped Geary prepare for interviews, showing him how his perspective and experiences could be an asset to potential employers.

Now, Geary works at the Cerner research group, where his decades of experience navigating the medical system inform his work as a health-care data analyst. He said he’s happier than he has ever been.

“For me, it means that I can start building the life that I want,” Geary said, “rather than having to go along with what other people had planned for me.”

About 61 million Americans have some kind of disability, which the Americans With Disabilities Act defines as a physical or mental impairment that substantially limits one or more major life activities. But even as inclusion becomes a marketing buzzword and major brands such as Nike roll out disability-friendly products, unemployment among groups with disabilities is more than double that of the general population. Less than 20 percent of people with disabilities held a job in 2019, according to the Bureau of Labor Statistics. It has been like this for decades.

Atwater said he created InReturn Strategies to tackle what’s known as “the disability employment gap.” As one of roughly 400 deaf entrepreneurs in the United States, he knows how workers with disabilities can be overlooked and undervalued by employers. He says members of this demographic are often the last to be hired and the first to be let go, and they are often relegated to jobs below their skill level.

“There’s lots of people talking about inclusion and making tons of money from consulting, but very few people are doing anything about it,” Atwater said. “We are the mechanism to turn intent into action.”

Research shows that hiring disabled workers benefits firms’ bottom lines. A 2018 report from Accenture, which analyzed the disability protocols and financial performance of 140 companies, found that firms with the best practices saw 28 percent higher revenue, double the net income and 30 percent higher profit margins, on average, over a four-year period.

If the number of people with disabilities in the labor force grew just 1 percent, the nation’s gross domestic product could expand by as much as $25 billion, the Accenture report found.

Companies looking to hire workers with disabilities usually follow traditional hiring channels, which often include processes that can be exclusionary. Meanwhile, access providers — organizations offering services to people with disabilities — don’t tend to have many connections in the private sector.

“We’re building bridges where there aren’t any,” said Scott Brouillette, InReturn’s chief executive. “How are you going to hire someone you don’t understand and have no relationships with?”

Nathan Beck, who has spent 20 years helping people with disabilities access jobs in Hamilton County, Ohio, said it can be hard to get companies to care.

InReturn’s platform connects private-sector companies with more than 4,500 access providers across the country. InReturn then helps companies tailor their practices to better work with candidates with disabilities.

There are fewer than 400 deaf-owned businesses in the US. This past April we brought together eight of them to meet investors and learn from each other #DeafAwarenessWeek @GallaudetU pic.twitter.com/pbqSEUih5m

As director of human resources at Lead Bank, a Kansas City, Kan., bank, Angela Blackburn has striven to a build a workforce that reflects the community. But like many hiring managers, she has struggled with how to wade into a different talent pool.

“I feel like when people feel like they’re not knowledgeable in that area, they shy away from it,” Blackburn said. “Not because they aren’t interested in including the population, but because they don’t know what to do. And that’s where InReturn comes into play.”

Working-age people with disabilities in the United States have nearly $500 billion a year in disposable income, according to a 2018 report from the American Institutes for Research, making the group one of the largest market segments in the country. But, on average, they make 63 cents on the dollar compared with their non-disabled counterparts.

Matteo Lieb, who works on employment policy and programs at the National Down Syndrome Society, said employers often treat hiring people with disabilities as an act of philanthropy. It should be about snagging the best talent, he said.

“We really work with employers to have them realize that this is not just something they’re doing out of the kindness of their hearts,” he said. “This is something good they’re doing for themselves.”

In a testimonial, the parents of a young man with autism described his difficulties landing a job before InReturn. Although he holds a master’s degree in business administration and passed his certified public accountant exam on the first try, the interview process presented major hurdles.

“Those with high functioning autism lack pragmatic language skills, skills we use in daily interaction with others,” the family wrote in the testimonial. “Employers need to be aware of these challenges and find a way to bridge the gap.”

InReturn helped communicate those challenges to potential employers, giving them the context they needed to make their screening processes more inclusive. Within two weeks, the man was hired as a tax associate at a wealth management firm.

“Our son was at ease, gained confidence and gained success,” the testimonial reads. “It is our hopes that all companies will get on board and make inclusiveness a priority. There is great talent just waiting to be tapped into.”

Some companies are beginning to understand the untapped value of workers with disabilities. Microsoft has a dedicated website for job-seekers with disabilities to learn about the company’s hiring practices and accommodations. Procter & Gamble, Deloitte, JPMorgan Chase, Ford and other giants have neurodiversity hiring initiatives to seek employees with neurological differences, such as autism, dyslexia and attention-deficit/hyperactivity disorder.

But the challenge goes beyond changing the way companies see workers with disabilities; it’s also about helping these workers access all the opportunities available to them, said Chris Lee, who is working with InReturn to set up a pilot program with the Kansas State School for the Blind.

“For a lot of people with disabilities, their self-awareness of what their future can look like is very low,” Lee said. “A lot of it is about introducing them to businesses or career paths they never knew existed.”

In a case study, InReturn brought a group of young people with Down syndrome to an Apple store in Kansas City, Kan. When the store manager asked about their job aspirations, they uniformly said they imagined working in a grocery store or restaurant.

“That’s all they’ve ever seen someone like them do,” Atwater said. “The visibility to what their opportunities can be is just nonexistent.”

In the fall, InReturn was appointed to the CEO Commission for Disability Employment, a group of companies and other organizations working to help people with disabilities achieve and maintain equal access to meaningful employment. Its message of “dignified, profitable inclusion” is one it hopes can be shared with all companies, regardless of size or field.

“Everyone can do this,” Atwater said. “It’s just a matter of scale.”

NHS starts offering GP appointments via video call
Gamers forge their own paths when it comes to accessibility
Brain-controlled robot lets physically challenged see the world
What a role model: Paralyzed Bronco makes Adidas ad, hall of fame nominee ...
Mirror movements may be markers of severity for unilateral CP patients who...
How the iPhone and App Store have redefined accessible software