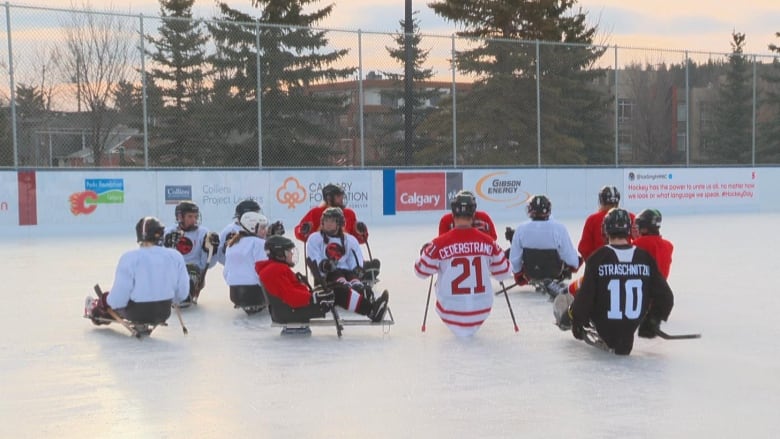 The ice that opened in February 2021 features wider bench doors so that persons using mobility devices easily get in and out. On Saturday, the rest of the facility will be unveiled — including fully accessible washrooms, locker rooms and areas where players can change from their wheelchairs to their sleds. Helen Pike CBC

After five years of development, Alberta’s first fully accessible outdoor community rink is slated to have its grand opening Saturday in northwest Calgary.

The Parkdale Community Association (PCA) began exploring options to replace its community rink when the facility reached the end of its 30-year lifespan a few years ago.

But when association members asked if accessibility was an issue for seniors, persons with disabilities and sledge hockey players, the vision for the rink changed, director John Butterwick told the Calgary Eyeopener in October 2020. 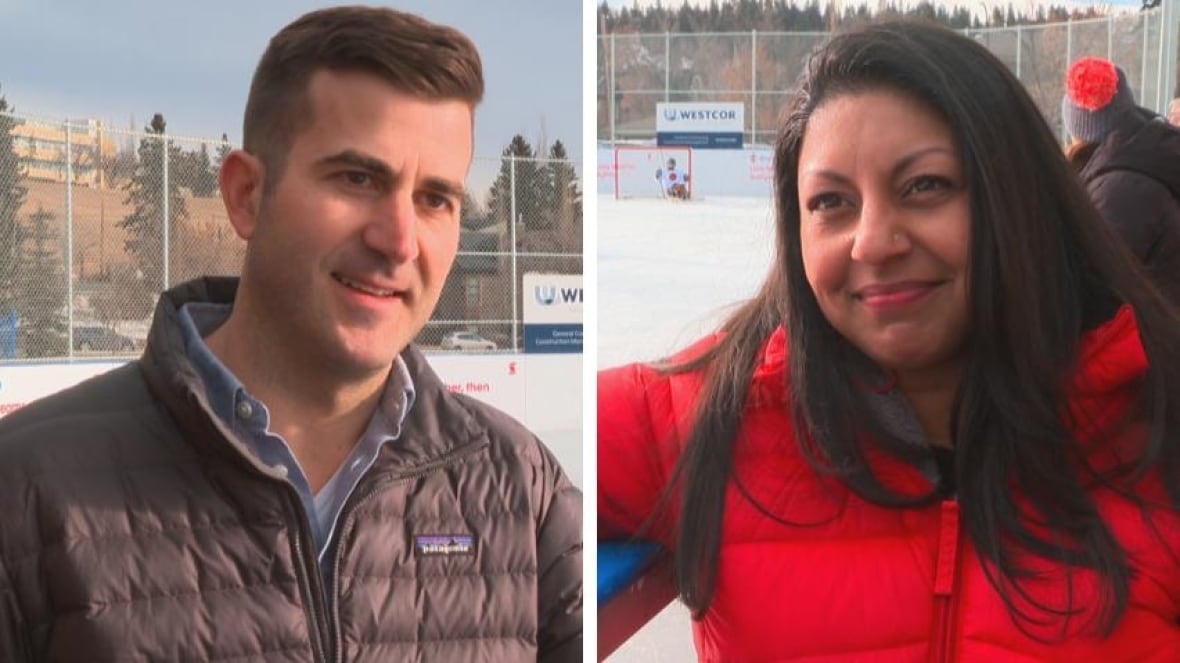 “[It] really triggered us going down this path of, Well, of course it’s going to be accessible,” Affonso said.

“It is a public community space that’s free for anyone to enjoy. And that’s what we’re really hoping: that we have people that want to try to skate for the first time.”

After years of work, its unveiling will be a big moment for the the Parkdale Community Association, Butterwick said.

“Hockey is for everybody,” Butterwick said. “To have that available in our community, for everybody, is a pretty proud moment for the community association.”

The association got to work on the rink by connecting with Level Playing Field, which provides accessibility consulting services, and the Calgary Sledge Hockey Association (CSHA).

“This is a pretty unique opportunity, especially for an outdoor facility,” said CSHA president Alan Halbert. “It was super great that they could look at [accessibility] as a feature.”

The CSHA directed the community association to the Dakota Community Centre in Winnipeg, which is home to the first accessible outdoor rink in Canada.

With input from organizations like these — and funding from partners including the province, the Calgary Foundation, Parks Foundation Calgary and both the NHL and the Calgary Flames — it was built with inclusivity in mind.

The ice that opened in February 2021 features wider bench doors so that persons using mobility devices easily get in and out.

Transparent boards were also installed to ensure spectators and players who are off the ice can see the game from sleds or wheelchairs. 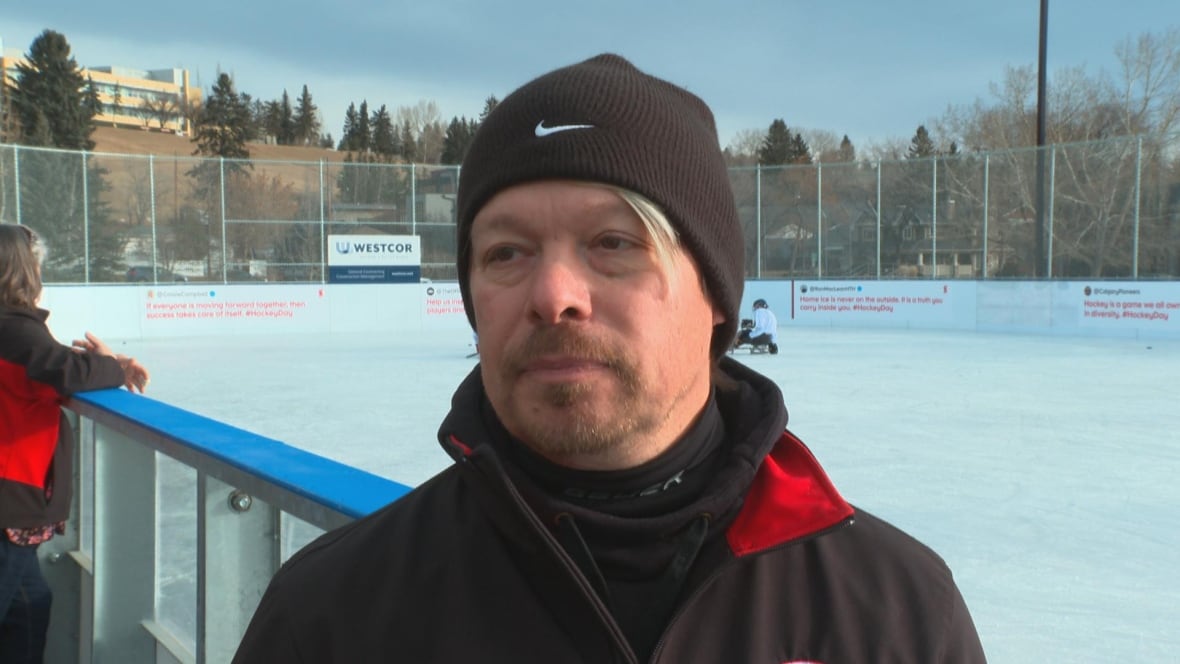 On Saturday the rest of the facility will be unveiled — including the fully accessible washrooms, locker rooms and areas where players can change from their wheelchairs to their sleds.

Halbert said the facility is great for his players, their families and the public.

“It’s not just for sledge hockey,” Halbert said, “but any accessibility of all sorts to get out and play hockey.”

And as other communities upgrade facilities, Affonso hopes accessibility will become the norm.

“We’re really hoping we set a new standard, and that other communities continue to advance this forward,” she said.