Children with cerebral palsy can gain greater use of an impaired arm and hand with larger doses of Constraint-Induced Movement Therapy. 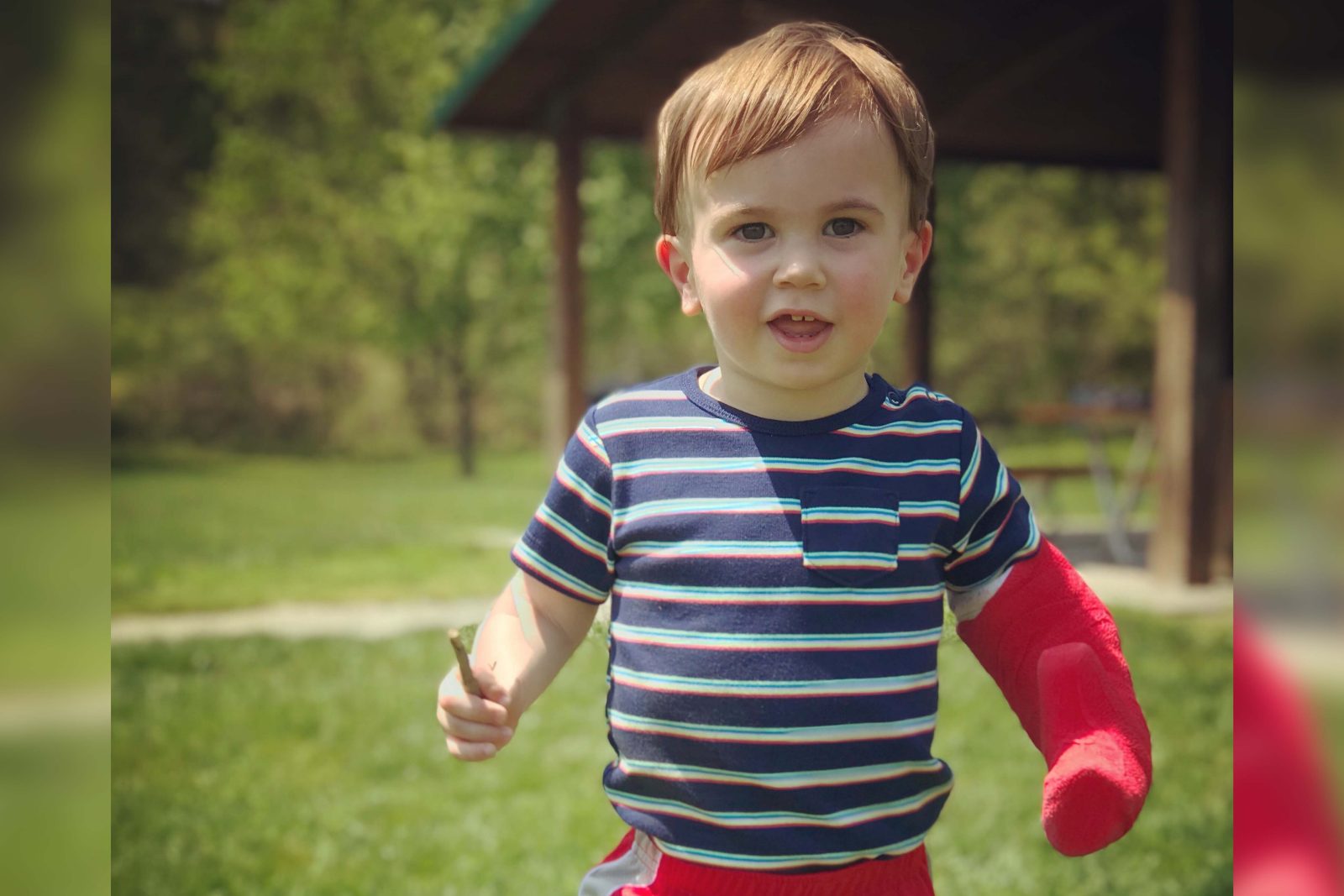 Scientific findings have supported the benefits of pediatric Constraint-Induced Movement Therapy, in which a child’s more functional arm and hand are constrained by a lightweight cast, a splint, or a mitt, while a trained therapist uses operant conditioning techniques individualized for each child. But little was known about whether the outcome of therapy was directly linked to the dosage of therapy or method of constraint. Virginia Tech photo

The study by scientists at the Fralin Biomedical Research Institute at VTC, Virginia Tech, UVA Children’s, The Ohio State University, and Nationwide Children’s Hospital, found that children benefited most from 60 hours of Constraint-Induced Movement Therapy (CIMT) over four weeks.

Children with cerebral palsy can gain greater use of an impaired arm and hand with larger doses of Constraint-Induced Movement Therapy (CIMT) – without increasing stress for parents, according to a new study by researchers at Virginia Tech’s Fralin Biomedical Research Institute at VTC, UVA Children’s, The Ohio State University, and Nationwide Children’s Hospital.

The findings could have far-reaching impacts on treatment of children’s movement disorders.

Scientific findings have supported the benefits of pediatric CIMT, in which a child’s more functional arm and hand are constrained by a lightweight cast, a splint, or a mitt, while a trained therapist uses operant conditioning techniques individualized for each child. But little was known about whether the outcome of therapy was directly linked to the dosage of therapy or method of constraint.

Now, a study, funded by the the National Institutes of Health – Eunice Kennedy Shriver National Institute of Child Health and Human Development and published Oct. 14 in Pediatrics, shows that higher doses of CIMT therapy – 20 three-hour sessions over four weeks – yield significant and lasting improvement in use of their arms and hands, especially in everyday functional activities. The Children with Hemiparesis Arm-and-hand Movement Project (CHAMP) study is the first to compare different dosage levels of the same type of CIMT intervention for similar children.

“CHAMP provides new findings that are practically useful for clinicians and families in choosing treatment likely to produce meaningful benefits for children with hemiparetic cerebral palsy,” said Sharon Landesman Ramey, Distinguished Research Scholar at the Fralin Biomedical Research Institute and professor of psychiatry, psychology, and neuroscience  at Virginia Tech, who led the study and is the paper’s corresponding author. 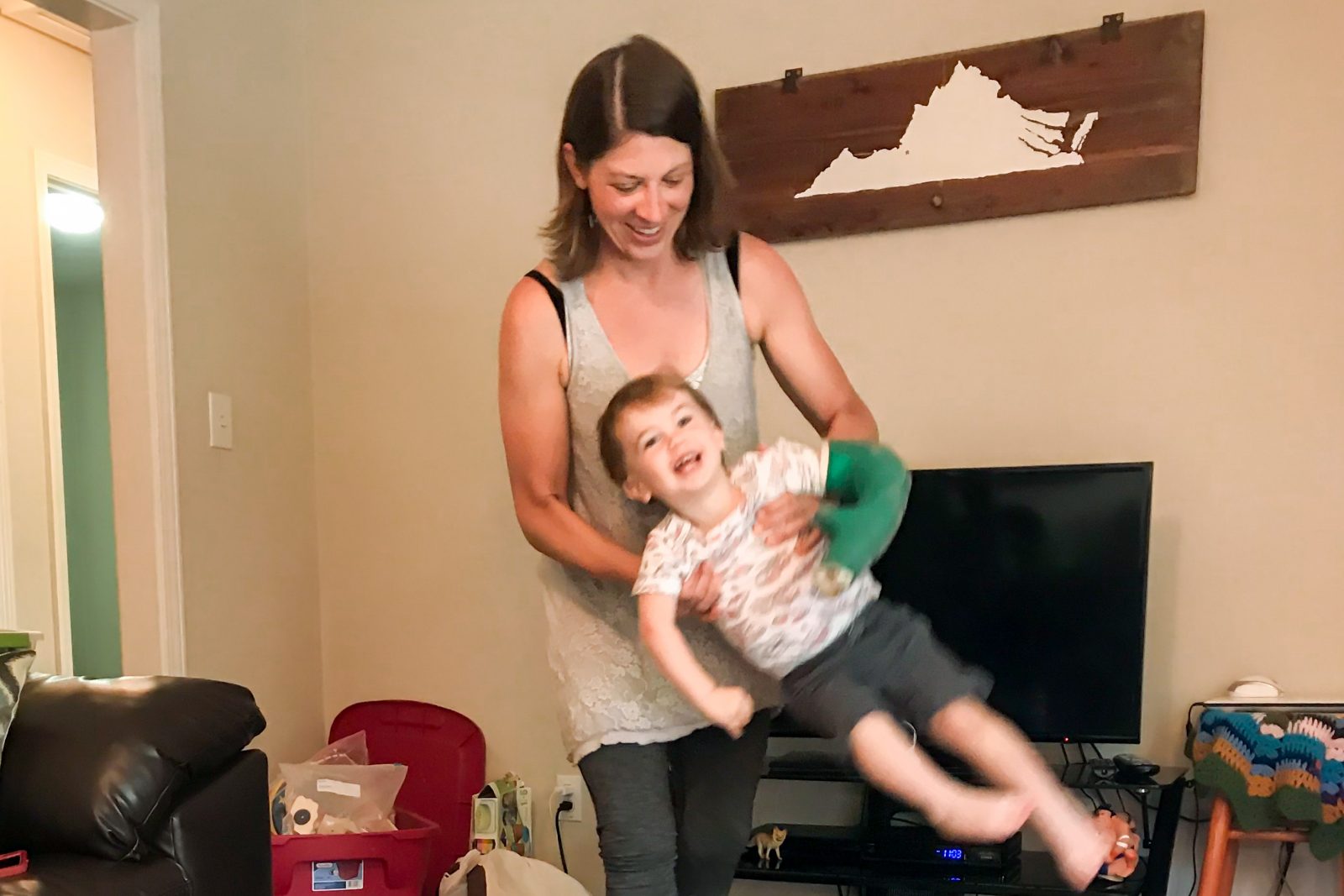 Virginia Tech therapist and researcher Dory Wallace helps a young subject using intensive therapy that looks a lot like playtime. With games and toys, children learn to use their bodies and gain motor skills and coordination while completing fun tasks. The techniques are built on the groundbreaking research and discoveries at the Fralin Biomedical Research Institute’s Neuromotor Research Clinic. Virginia Tech photo

The study focused on children with hemiparetic cerebral palsy (HCP), the most common childhood neuromotor disorder. Cerebral palsy affects one to four children per 1,000 in the United States, according to the Centers for Disease Control and Prevention, and about 40 percent of these children will develop hemiparesis – impaired voluntary control on one side of the body.

The study group included 118 children with HCP, 2- to 8-years-old, at three sites — Roanoke and Charlottesville in Virginia, and Columbus, Ohio. CHAMP randomized and assigned children to different CIMT treatment groups that varied in their dosage level (30 versus 60 hours in four weeks) and the type of constraint used (cast versus splint). These treatment groups were compared with a usual and customary treatment group, which was later offered a form of CIMT as an ethical option for study participation.

The form of CIMT therapy, known as ACQUIRE, was developed by co-principal investigators Stephanie DeLuca and Sharon Landesman Ramey, who also co-direct the Fralin Biomedical Research Institute at VTC Neuromotor Research Clinic, along with Karen Echols and other colleagues at the University of Alabama at Birmingham. 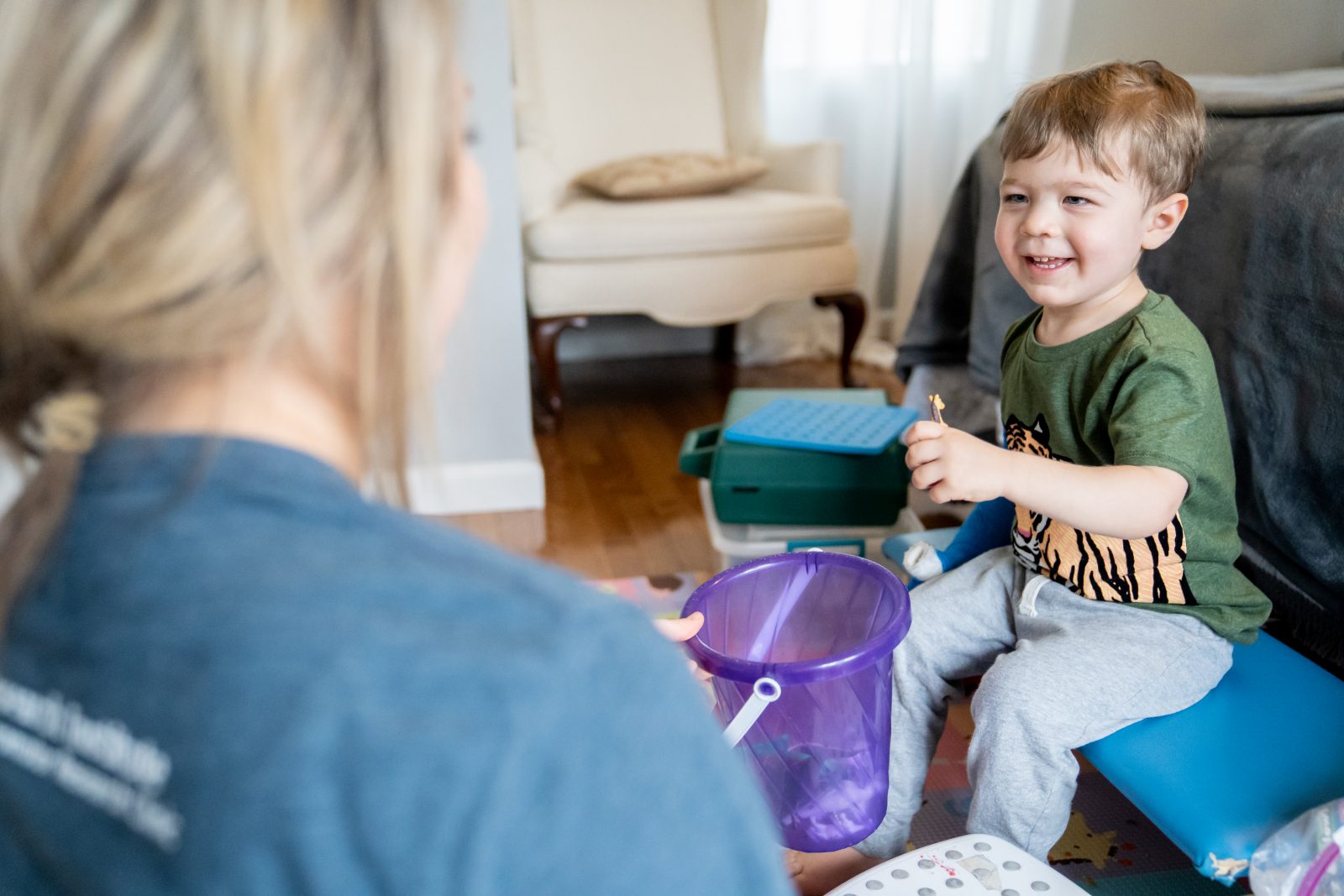 The therapy can be life-changing for children. Kim Hindery, whose daughter, Abigail, 6, was part of the study in Ohio, witnessed a dramatic difference during and after the therapy.

“I could literally see her brain changing,” Hindery said. “I’ll never forget when she looked up at her hand and goes, ‘Oh!’ — just mesmerized, like, ‘It exists!’ Being able to see a light bulb go off in your child’s head that you never thought you would see go off is priceless.”

Those benefits are well-known to DeLuca who has overseen delivery of ACQUIRE therapy to more than 500 children.

“The therapists are trained to ensure each child has many successes in every therapy session,” said DeLuca, who is an associate professor at the research institute and in pediatrics and neuroscience at Virginia Tech. “The child sees and feels their improvement and becomes an active partner in the therapy. ACQUIRE therapy increases children’s willingness to tackle new and difficult activities.”

The study shows parents who worried about the intensity of the therapy and use of the cast that they should have little concern. The study also unexpectedly showed that that usual and customary treatment benefited children more than it has in the past, which Landesman Ramey said should be reassuring to parents whose children receive other forms of therapy.

“We have learned that even the higher CIMT intensity and the full-time cast are not stressful for the parents, and the children quickly adapt to constraint,” said Amy Darragh, professor and director of the Division of Occupational Therapy in the School of Health and Rehabilitation Sciences at Ohio State.

Richard Stevenson, professor of pediatrics and division head of Neurodevelopmental Behavioral Pediatrics at UVA Children’s, welcomed the study’s findings as potentially transformative for clinical therapy of these young children.

“The study had some unexpected findings. For example, while the type of constraint used on the stronger side may matter for some individual children, overall there was no significant difference between those who wore an arm cast 24/7 for 21 days and those who wore a part-arm splint only during therapy sessions,” Stevenson said.

Warren Lo, a clinical professor of neurology and pediatrics at The Ohio State University College of Medicine and Nationwide Children’s Hospital, agreed.

“The rate and magnitude of changes in these children with hemiparetic cerebral palsy exceed what most pediatric neurologists thought was possible,” Lo said. “These findings could transform our clinical understanding of the high potential these children have for future growth.”

Video game improves balance in youth with autism
AFOs and balance issues in peripheral neuropathy
Walk for stroke recovery
Big data in healthcare goes far beyond EHR
Why can’t you email your doctor?
Getting health data sharing off the ground