‘It comes down to equal opportunity,’ said disability advocate and consultant Brad Bartko. 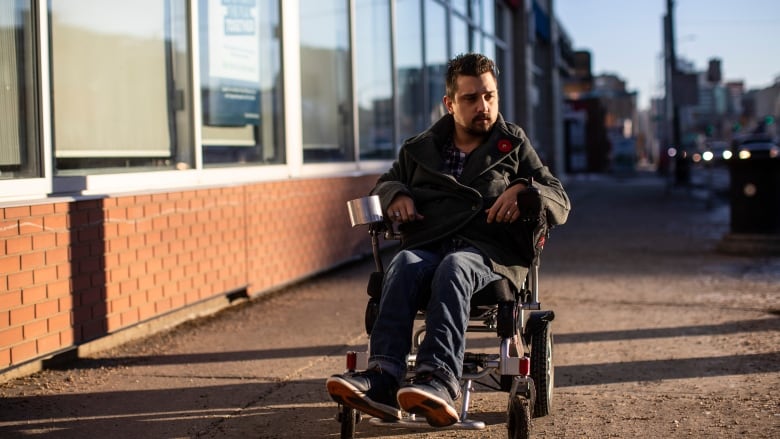 Brad Bartko was shocked to see the cost of accessible theatre ticket prices at the Jubilee. Jason Franson, The Canadian Press. CBC

Having seen Broadway’s smash hit Hamilton on Disney Plus multiple times, disability advocate and consultant Brad Bartko was ecstatic to learn the show was coming to Edmonton.

That was until he tried to book accessible seats at the Northern Alberta Jubilee Auditorium.

When Bartko initially went to pay for his tickets, he noticed the price jumped from the initial $84 to more than $150.

Scott McTavish, general manager of the Jubilee, said there are 23 accessible seats available at the auditorium in Edmonton, and the price jump has more to do with the seat location.

“The price increase doesn’t really have much to do with the accessible seat,” he said.

“It comes down to equal opportunity for everybody to be able to enjoy the show,” Bartko told CBC Edmonton’s Radio Active.

Looking at tix for an event this summer @NorthernJubilee regular are $84 across the board then click on ♿️ to get accessible & automatically jump to $152/Each (upper) $175 (lower) @Ticketmaster what’s the reason for this? @CBCradiotara @MarkPavelich @ShantelSherwood unacceptable

Bartko believes there should be accessible seating in all sections.

“It’s just all about, you know, giving people options and maybe having accessible seating in the upper deck. I mean, it’s something maybe the Jubilee needs to think about in the future.”

McTavish said auditoriums usually have accessible seating on the main floor and the first balcony level.

“Our elevator, which is what would get somebody that is actually mobility impaired to an accessible seat, only goes to that first balcony level. It doesn’t go to the second balcony,” he said.

“So, it’s really a function of how easy is it for people with disability to access that area safely and how easy it is for them to safely evacuate that area.”

Bartko said the issue isn’t limited to the Jube, but is a common problem he experiences as a wheelchair user.

“I feel we deserve an opportunity to go enjoy a night out, to enjoy the cool things around town,” Bartko said, adding if others can get seats at the Jubilee auditorium for $84, then he should be able to as well.

But McTavish said the price is set by the host of the show, which in this case is Broadway Across Canada.

“While accessible seating locations and ticket prices vary per performance and venue, accessible seating is always set at the equivalent price as other seats within the same section,” Shana Levin, vice-president of Broadway Across Canada said.

McTavish said it can be hard to manage accessible seating.

“The definition of accessible is very broad and with good reason,” he said. “It’s not just applicable to somebody that is mobility impaired and is bound to a wheelchair.”

Bartko is meeting with Broadway Across Canada to come up with a creative solution.

“Let’s see if we can find some access to that third level, whether it’s extending the orbit or finding another place to put maybe a second elevator for access wherever it may be,” he said.

“I mean, you’ve got to be inclusive to everybody.”