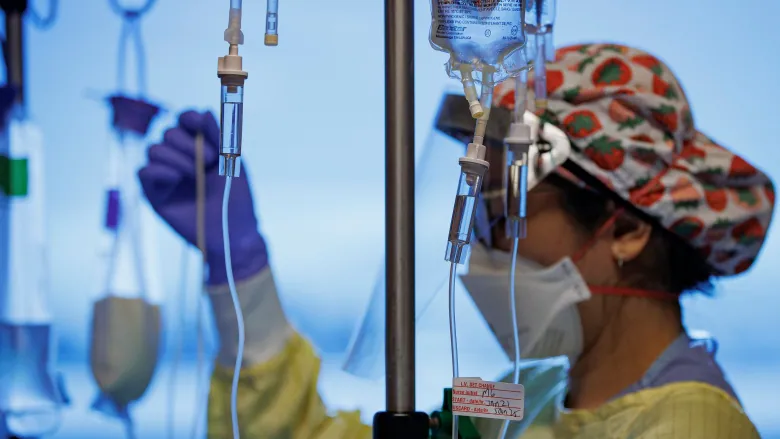 Alberta’s pediatric hospitals are dealing with a wave of respiratory illnesses, including RSV, influenza and COVID-19. The number of severe cases is growing, driving hospital admissions up. Evan Mitsui CBC

Children’s hospitals in Alberta are under intense pressure as they deal with an influx of sick kids and a growing number who are seriously ill.

“This is by far the busiest pediatric emergency departments across the country have probably ever been,” said Dr. Stephen Freedman, a professor of pediatrics and emergency medicine at the University of Calgary.

Since late September posted wait times have spiked to 17 hours at the Alberta Children’s Hospital (ACH) and 16.5 hours at the Stollery. 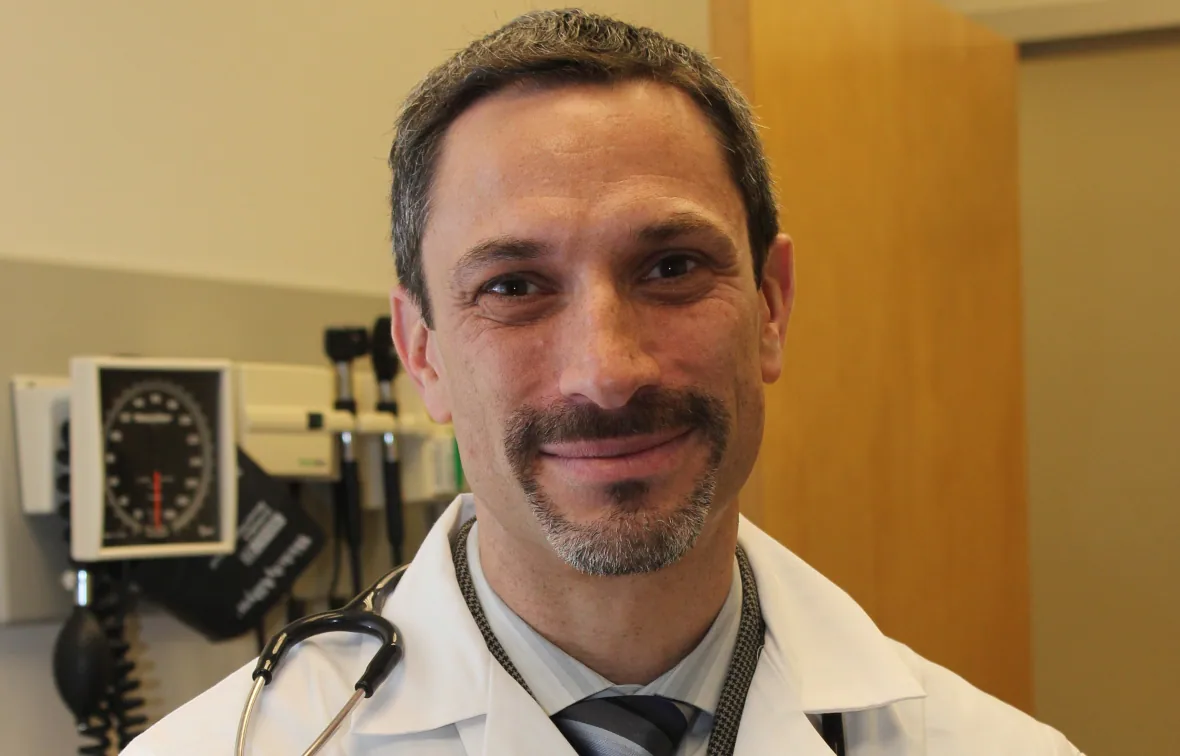 The number of children triaged at ACH as needing urgent, emergent and critical care (in the form of resuscitation) jumped by 24 per cent in September compared to the same month in 2021, according to Alberta Health Services.

The Stollery Children’s Hospital in Edmonton saw an increase of 5.5 per cent.

Pediatric hospital admissions are up too, according to AHS.

“The Stollery and Alberta Children’s Hospital have been overwhelmed,” said Dr. Sam Wong, president of the section of pediatrics with the Alberta Medical Association.

With so many children getting sick, he said, they’re seeing a higher number of seriously ill kids including some pre-teens who are hit particularly hard with influenza.

“They’re ending up in ICU requiring intubation and blood pressure support. So it’s a serious illness,” he said.

Four of the 13 Albertans who’ve ended up in intensive care with the flu so far this season have been children younger than nine. 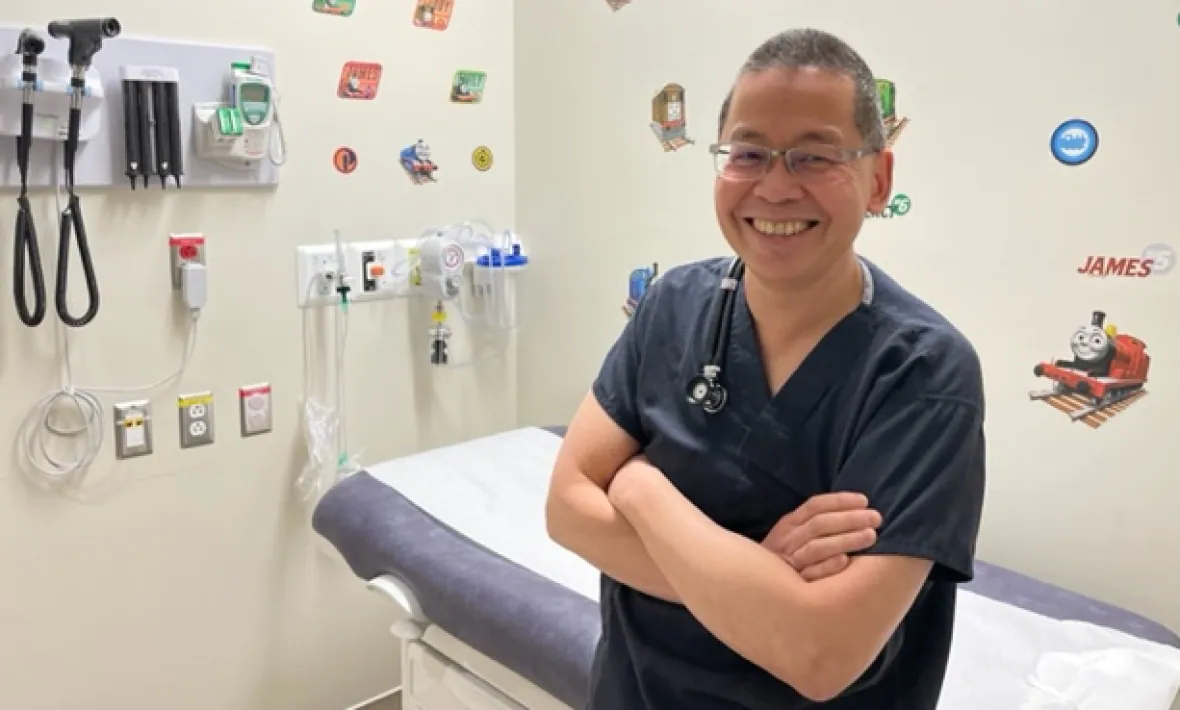 Dr. Sam Wong is president of the section of pediatrics with the Alberta Medical Association. He works at the Stollery Children’s Hospital in Edmonton. Submitted by Sam Wong

It’s a trend Dr. Eddy Lang is seeing among children with RSV, or respiratory syncytial virus, too.

“We have seen very sick children coming into all of our emergency departments in Calgary with remarkably low levels of oxygen caused by the RSV virus,” said Lang, the head of emergency medicine in the Calgary zone.

“Some just need a few days in hospital on oxygen. But some are actually sick enough that they required intubation and being put on a breathing machine to support their breathing as they fight this infection.”

According to the latest data provided by AHS, pediatric emergency room visits for September were just below five year highs.

But doctors say volumes have grown since then and, the trouble is, it’s unclear just when this viral surge will peak.

“What we’re seeing this year is an early and abrupt rise in the number of cases,” said Dr. Jim Kellner, a Calgary-based pediatric infectious disease specialist.

Kellner, a professor of pediatrics at the University of Calgary, points to two main theories about what is driving this trend.

First, with COVID-related public health measures in place for so long, there are large groups of children who haven’t been exposed to viruses and may be more susceptible.

The second is that the SARS-CoV-2 is acting like other viruses including measles which can trigger a phenomenon known as “immune amnesia.”

A measles infection can weaken the body’s immune system, he said, essentially making it forget its pre-existing immunity to other pathogens and leading to more severe infections with other illnesses down the line. 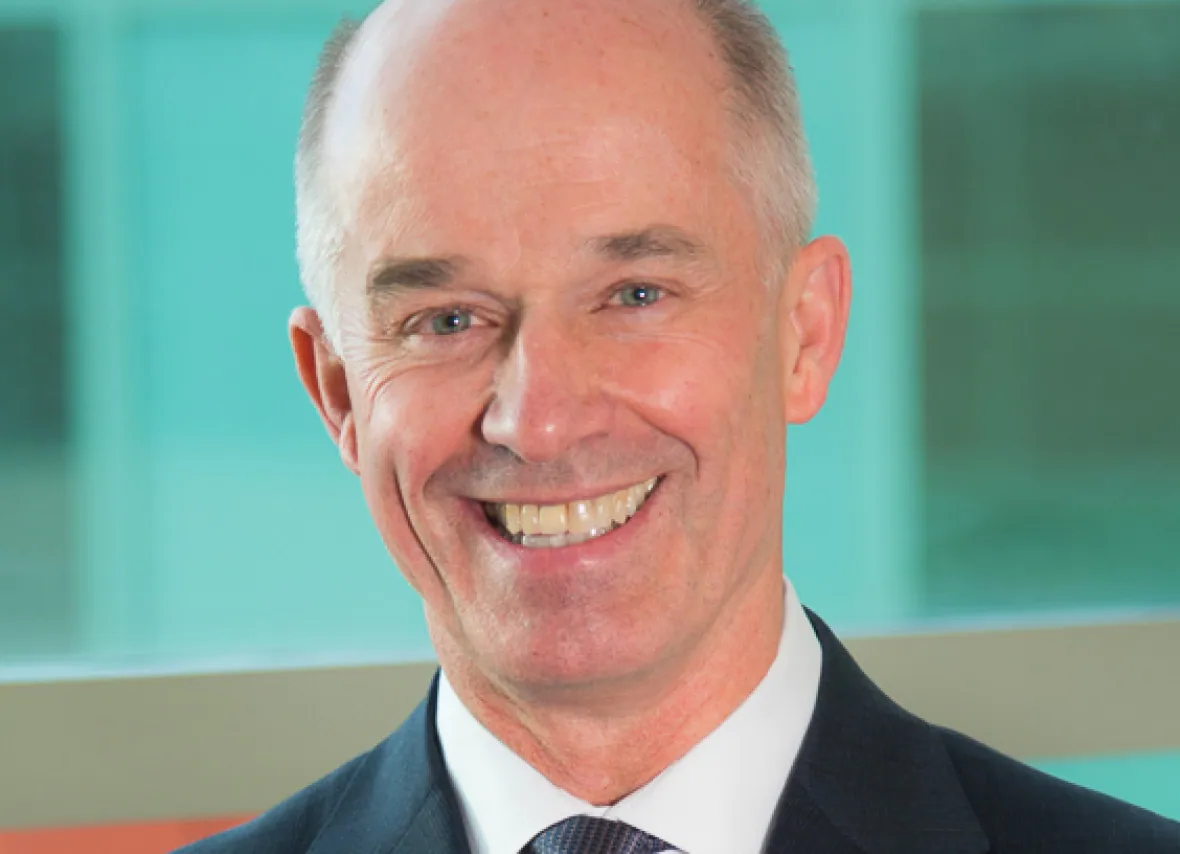 Meanwhile a side effect of high patient volumes that has plagued adult hospitals in the province is now playing out at children’s hospitals.

There are large numbers of admitted pediatric patients who are stuck in the ER as they wait for a bed on the wards.

“There are kids at both the Stollery and [Alberta Children’s Hospital] that are spending prolonged periods of times in the emergency department because the hospitals are exceeding 100 per cent capacity and they don’t have a bed to go upstairs,” said Lang.

“Given that that’s one of the first times that we’ve seen that occur it does suggest to me that the severity of the viral infection season, as early as it is now in its unrolling, is creating significant strains on the system.”

As front-line health care workers scramble to keep up with ballooning demand, doctors are urging parents to take some simple precautions including vaccinating children against influenza and COVID-19.

There are two other key steps families can take, according to Kellner.

“Stay at home if you’re sick and consider wearing masks in public including at schools, grocery stories [and] other places where its crowded.”