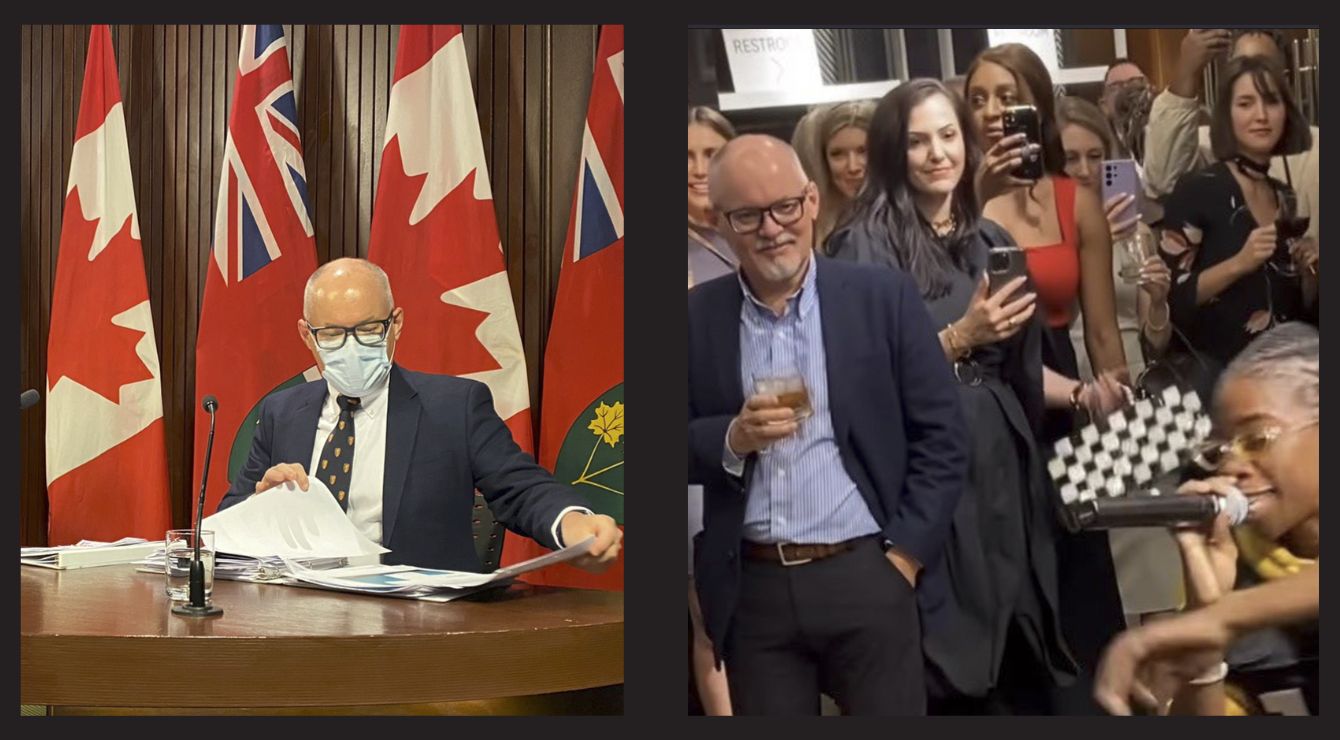 Kieran Moore is a Canadian physician and public servant who serves as the current Chief Medical Officer of Health of Ontario. Healthy Debate photo

In B.C., Bonnie Henry says there is no need for “that heavy hand of a mandate… because we have many other tools and a high level of protection.” Instead, Henry has encouraged mask use in settings such as public transit, in crowds and when sick.

In Ontario, Kieran Moore has “strongly recommended” the use of masks in all indoor public settings, despite hospitals at overcapacity and limiting services. Moore recently was widely mocked for going maskless at a public event shortly after making his recommendation.

At the time of publication, no provincial or territorial chief medical officer has opted to reinstate mask mandates in indoor public settings. Critics of mandates have highlighted that masking may be less effective given that we are dealing with several viruses, rather than just COVID-19. “We have a spicy cocktail for the next couple of weeks, if not the next couple of months,” says Luc Boileau, Quebec’s director of public health. “Living with the virus is now living with the viruses – it’s not just the one.” Others have pointed to the difficulty in ensuring proper masking among some of those most impacted – in this case, among young children in schools and daycares.

But proponents have emphasized that masking works to reduce transmission and recommendations alone are not enough to reduce the pressure on hospitals.

Healthy Debate spoke with experts in March about whether it was time to lift mask mandates. We checked back in to see what they think of the issue now, eight months later, as we face down a “tripledemic” heading into the holidays.

The question remains: Should we return to mandatory masking in indoor spaces?

Mask mandates without an effective program to support them are the ultimate abdication of responsibility on the part of the government.