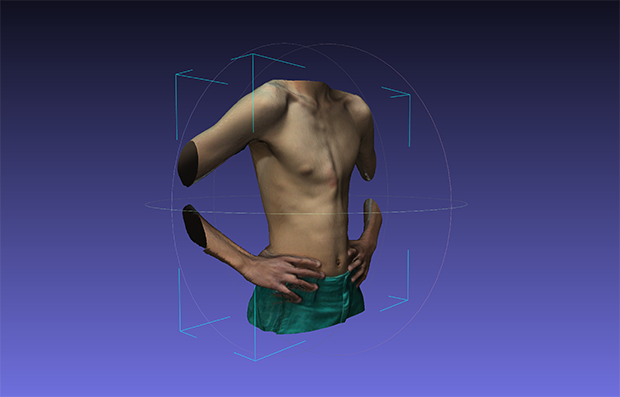 This preliminary study evaluates, by qualitative score, the efficacy of the dynamic compression system (DCS) with a pressure-measuring device in the treatment of pectus carinatum (PC) as an alternative to surgery. 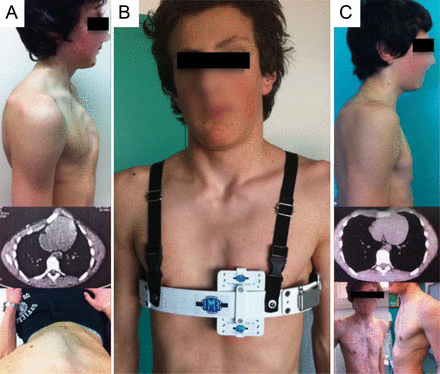 Figure 2. Asymmetric case. Same patient, with asymmetric PC 14 years old. PIC of 8.8 PSI. Group II: (A) before: lateral view, CT scan and upper view, (B) during the treatment and (C) after 7 months of treatment, CT scan, lateral and front view.

A total of 68 patients (infants, adolescents and young adults) presenting with typical PC (64 males and 4 females) were evaluated in our Chest Wall Deformities Unit, between October 2011 and February 2013. The criteria for including subjects were: patients with typical condrogladiolar PC and pressure for initial correction (PIC) ≤ 9 PSI (pound square inch). Seven patients were excluded in this study: three typical PC were treated by minimal invasive surgery (Abramson technique) due to highly elevated PIC and four atypical PC, hybrids forms (PE and PC) were treated by cup suction for pectus excavatum and by the DCS for the PC.

The management protocol included: adjustment of the DCS, strengthening exercises and monthly clinical follow-up. The partial and final results were evaluated by the patients, by their parents or by both, using a qualitative scoring scale that was measured in a three-step grading system, where C is a low or very low result, B is acceptable and A is a very good or excellent result. 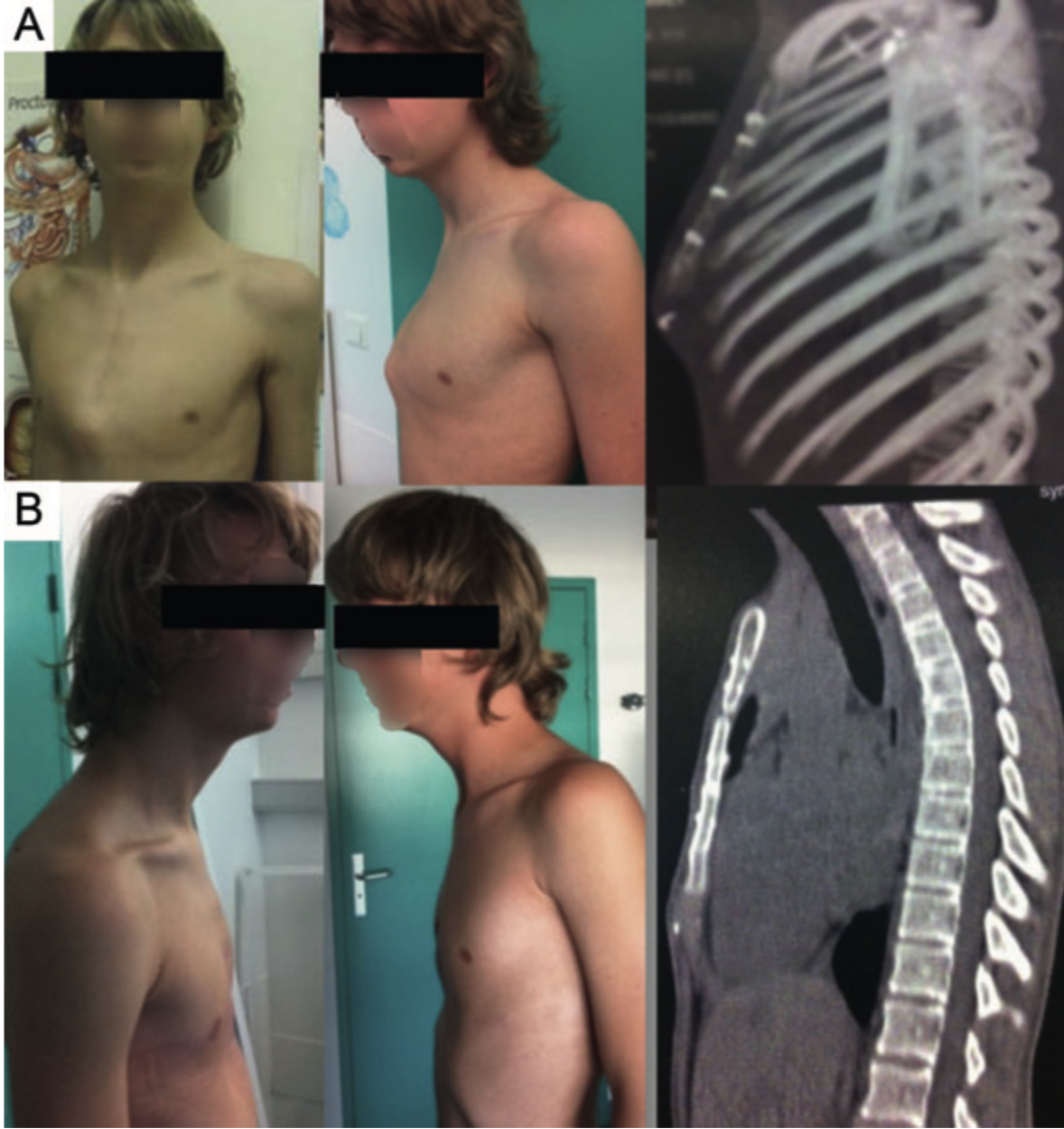 Figure 1. Symmetric case. Same patient with symmetric PC. 16 years old, PIC of 7.5 PSI. History of cardiac surgery by sternotomy. Group I: (A) before treatment and (B) after 11 months of treatment.

A total of 61 patients (59 males and 2 females) presenting with typical PC were treated by the DCS and included: symmetric PC in 43 cases and asymmetric PC in 18 cases. The mean age was 13.5 years (5–25). The mean PIC was 6.3 PSI (3–9 PSI). The mean utilization time was 19 h daily.The patients were divided into three groups. In Group I, consisting of 35 cases, all the patients have already completed the treatment with excellent aesthetic results (A).

In 12 cases, Group II, the normal shape of the thorax has been obtained; all the patients in this group rated their results as excellent (A); however, these patients are still wearing the brace as a retainer for 3 additional months. Fourteen patients, Group III, are progressing and improving under active treatment, and surgeons and patients are very satisfied with the initial results. None of the 61 patients in this study abandoned the treatment and no complications were found.

This preliminary study demonstrated that the DCS with a pressure-measuring device is a minimal invasive system effective for treatment of PC in patients where the anterior chest wall is still compliant.

The control of different pressure measurements could be used as the inclusion criterion as well as a predictive factor for aesthetic results and treatment duration.

Twin babies get helmets from Mary Free Bed
UBC researcher prescribes specific exercise dosage for spinal cord injury
Adaptive rowing gets me on the water
Can you design a home to foster good health? These students are trying
Pre-referral MRIs not often necessary
Motor skills will not develop fully without opportunities to practice