OWEN CAIN depends on a respirator and struggles to make even the slightest movements — he has had a debilitating motor-neuron disease since infancy. 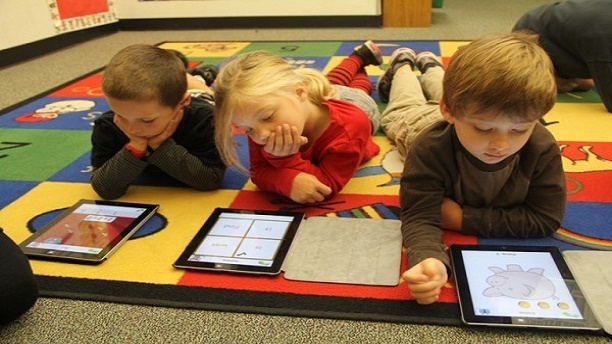 Owen, 7, does not have the strength to maneuver a computer mouse, but when a nurse propped her boyfriend’s iPad within reach in June, he did something his mother had never seen before.

He aimed his left pointer finger at an icon on the screen, touched it — just barely — and opened the application Gravitarium, which plays music as users create landscapes of stars on the screen. Over the years, Owen’s parents had tried several computerized communications contraptions to give him an escape from his disability, but the iPad was the first that worked on the first try.

“We have spent all this time keeping him alive, and now we owe him more than that,” said his mother, Ellen Goldstein, a vice president at the Times Square Alliance business association. “I see his ability to communicate and to learn as a big part of that challenge — not all of it, but a big part of it. And so, that’s my responsibility.” Since its debut in April [2010], the iPad has become a popular therapeutic tool for people with disabilities of all kinds, though no one keeps track of how many are used this way, and studies are just getting under way to test its effectiveness, which varies widely depending on diagnosis.

A speech pathologist at Walter Reed Army Medical Center uses text-to-speech applications to give patients a voice. Christopher Bulger, a 16-year-old in Chicago who injured his spine in a car accident, used an iPad to surf the Internet during the early stages of his rehabilitation, when his hands were clenched into fists. “It was nice because you progressed from the knuckle to the finger to using more than one knuckle on the screen,” he said.

Parents of autistic children are using applications to teach them basic skills, like brushing teeth and communicating better.

For a mainstream technological device like the iPad to have been instantly embraced by the disabled is unusual. It is far more common for items designed for disabled people to be adapted for general use, like closed-captioning on televisions in gyms or GPS devices in cars that announce directions. Also, most mainstream devices do not come with built-ins like the iPad’s closed-captioning, magnification and audible readout functions — which were intended to keep it simple for all users, but also help disabled people.

“Making things less complicated can actually make a lot of money,” said Gregg C. Vanderheiden, an engineering professor at the University of Wisconsin at Madison who has worked on accessibility issues for decades.

Representative Edward J. Markey, a Massachusetts Democrat, who wrote recently enacted legislation that will require mobile devices to be more accessible to users with disabilities, said approximately three-fourths of communications and video devices need to be adapted for blind and deaf people. “Apple,” he said in a statement, “is an outlier when it comes to devices that are accessible out of the box.”

The iPad is also, generally speaking, less expensive than computers and other gadgets specifically designed to help disabled people speak, read or write. While insurers usually do not cover the cost of mobile devices like the iPad because they are not medical equipment, in some cases they will pay for the applications that run on them.

In Owen’s case, his grandmother bought him a $600 iPad in August, and his parents have invested about $200 more in software. One day this summer, his finger dangled over the title page of “Alice in Wonderland” on his iPad while his mother hovered over his shoulder in their Brooklyn home. Then, with the tiniest of movements, and thanks to the sensitivity of the iPad’s touch screen, Owen began to turn the pages of the book. “You are reading a book on your own, Owen!” Ms. Goldstein, 44, exclaimed. “That is completely wonderful.”

But while the sensitivity of the iPad’s touch screen makes it promising for Owen, it can be problematic for others, like Glenda Watson Hyatt, a blogger in Surrey, British Columbia, who has cerebral palsy. “When ‘flipping’ screens, sometimes I flip more than one screen,” Ms. Hyatt wrote in an interview conducted by e-mail. “Or I touch what I didn’t intend to.”

Still, Ms. Hyatt said that when she was having trouble chatting with friends at a bar recently, she pulled out her iPad to help communicate and felt normal. “People were drawn to it because it was a ‘recognized’ or ‘known’ piece of technology,” she wrote in a blog post reviewing the device.

At the Shepherd Center, a spinal cord rehabilitation clinic in Atlanta, some teenage quadriplegics have received iPads as gifts, but they do not work well for those who rely on a mouse stick  basically a long pen controlled by mouth.

“It wants to see a finger,” said John Anschutz, the manager of the assistive technology program at Shepherd. “It really requires the quality of skin and body mass to operate.”

For Owen Cain, whose disease is physical, not mental, the iPad has limitations, too. Moving his finger all the way across the keypad remains a challenge, and makes writing difficult. Ms. Goldstein said its versatility and affordability, though, were a boon. He has been experimenting with a variety of applications  Proloquo2Go, which allows him to touch an icon that prompts the device to speak things like, “I need to go to the bathroom”; Math Magic, which helps him practice arithmetic; and Animal Match, a memory game.

“If all you’re worrying about is ‘I can try this program, or I can try that program, I can buy that app or I can buy this app,’ and the investment is so much lower,” his mother said, “then our ability to explore or experiment with different things is so much bigger.”

When Owen was about 8 weeks old, his mother noticed his right arm drooping. It led to a crushing diagnosis: the motor-neuron disease known as spinal muscular atrophy Type 1. A 2003 New York Times article about spinal muscular atrophy said his parents had been told Owen would be “paralyzed for his life, which doctors predicted would last no more than about two years.”

Owen will turn 8 on Nov. 11. While his condition is not expected to worsen, he is extremely sensitive to infection and once nearly died of pneumonia; three specialized therapists and a nurse help keep him alive.

Though he cannot speak, his parents have taught him to read, write and do math. He has an impish sense of humor and a love of “Star Wars.” “He’s a normal child trapped in a not normal body,” said his father, Hamilton Cain, 45, a book editor.

Since he received the iPad, Owen has been trying to read books, and playing around with apps like Air Guitar. And, one day, he typed out on the keypad, “I want to be Han Solo for Halloween.”