Little Bits Therapeutic Riding Association. Programs for pre-school aged children (Itty Bits), children aged five and a half to 18 (Little Bits) and adults (Big Bits). Once a week, riders receive riding instruction by certified instructors, assisted by a core of volunteers. The focus is on skill development, enjoyment and the unique therapeutic aspects of horseback riding.

A new equine facility that opened last month is already making a difference in the lives of Edmontonians.

Since 1975, the Little Bits Therapeutic Riding Association has used the Whitemud Equine Learning Centre off Fox Drive to give children and adults of all abilities the opportunity to ride.

So for the first time in 42 years, Little Bits will be able to run its program through the winter, said program administrator Linda Rault. 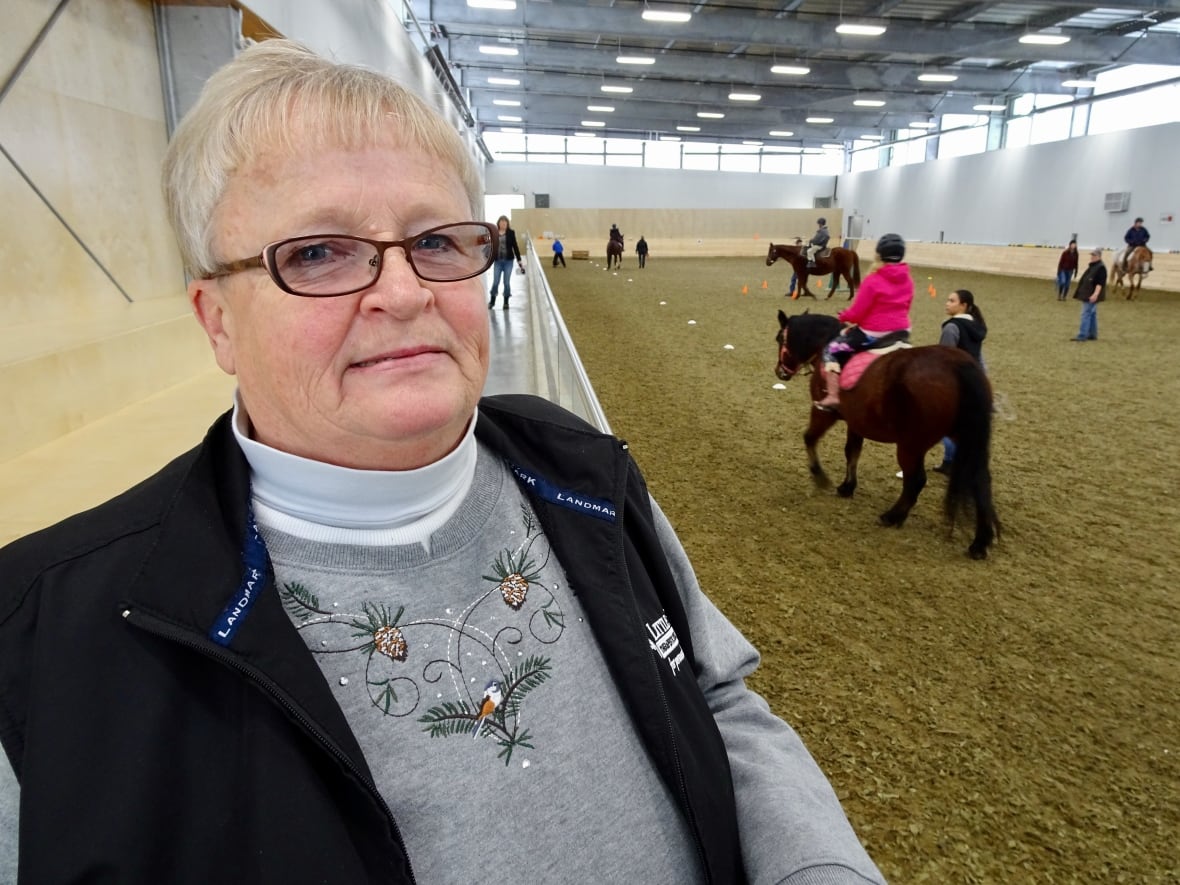 “Nothing therapeutic happens when bodies are cold and shivering now it’s so nice and bright and light and the horses have really taken to the new facility,” Rault said.

The extended season means riders will be taken off a two-year waiting list to fill the new session starting in January.

“The therapeutic benefits (are) physical, cognitive, emotional and they don’t even know they’re getting therapy because they’re on a horse and it’s such a unique setting,” Rault said. A wood-burned mural on the front of the building depicts the river valley and shares the story of this new space with a rich history. Created and installed through the City of Edmonton Percent for Art program in partnership with the Edmonton Arts Council, local artists, Darcy and Tanya Klimpe. WELCA photo

“Healthwise it’s been marvelous,” said John Jackson. The 78-year-old had polio as a child and lost the use of his legs, but when he’s balanced on the back of a horse he’s working all sorts of muscles.

“I don’t get bad back pain anymore and I used too. The horse makes your entire body work,” Jackson said.

Samantha Riemer walks alongside riders like Jackson, making sure they’re safe while offering encouragement. The 19-year-old spends her mornings volunteering with the not-for-profit organization and her afternoons in animal health classes at the University of Alberta.

Reimer believes the new building is making a difference. “There’s no snow falling off the ceiling, there’s no water dripping constantly and it’s a nice temperature in here. It was absolutely freezing in the other arena.”

As for the riders, she’s witness many transformations. “It’s incredible to see how much control they have over the horse, how much they learn, how they’re able to make corrections,” Reimer said. “I absolutely love it.”

On bended knees: The quest for new knees is complete
What is walking meditation?
Study shows when people with cerebral palsy are most likely to break bones
Virtual care can make all the difference when treating the most vulnerable...
Younger doctors call for more attention to disabled patients
Most orthopedic joint surgery lacks scientific justification