About 1 in 2,500 people have a degenerative nerve disease called Charcot-Marie-Tooth (CMT). The disease is typically diagnosed in children, who can lose their ability to walk and use their hands for fine motor skills. There is no cure—yet. 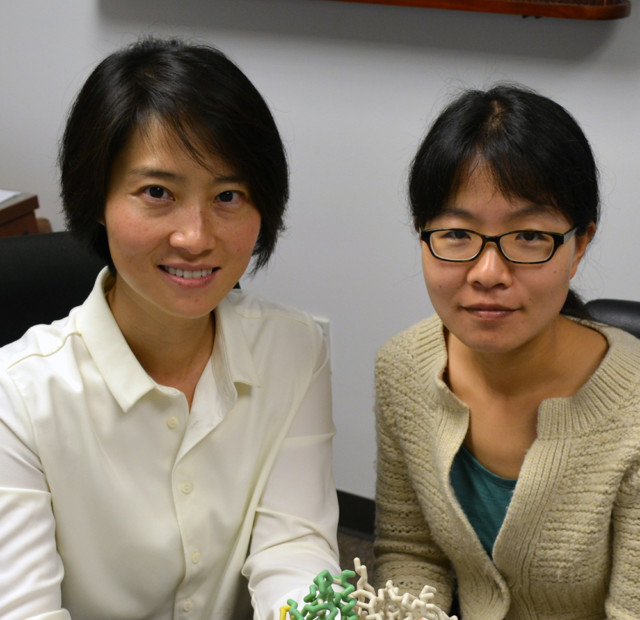 Scientists at The Scripps Research Institute (TSRI) have now shown a path to developing treatments for disease subtype CMT2D. As they report in the journal Nature Communications, it may be possible to reverse the disease by using a small molecule to restore normal protein function in the nervous system.

Importantly, the study reveals how a better understanding of the fundamental causes of CMT can point researchers toward a cure for other subtypes. 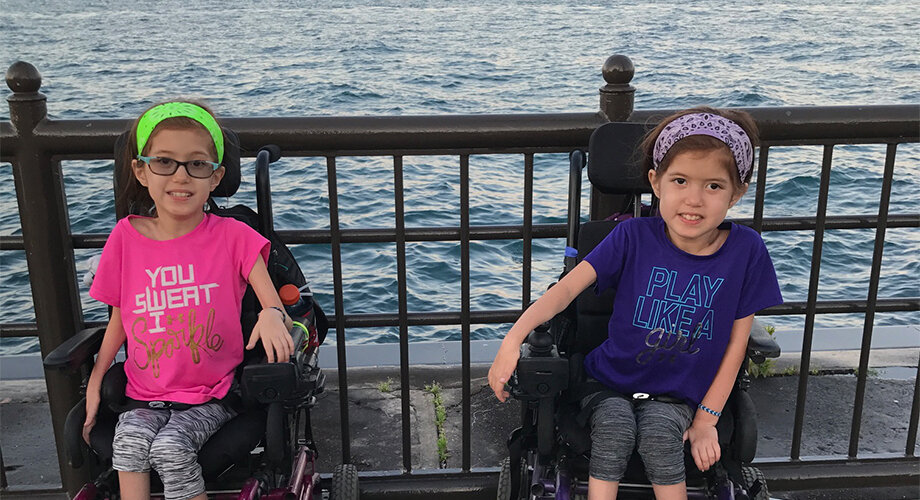 Sisters Aimee and Ashlee, 10, are living with a rare and complex neurodegenerative condition known as Charcot-Marie-Tooth disease, which has no cure. Scientists at Scripps Research are investigating the role that misshapen enzymes may play in disease development and severity. Photo courtesy of the Martin family

Here’s a puzzle: CMT2D is caused by mutations in a protein called GlyRS, which is expressed by cells throughout the body. Yet, the disease only damages the peripheral nervous system–the nerves in hands and feet.

Adding to the mystery, studies show that GlyRS primarily affects a process called protein synthesis, where genetic information is translated into proteins. Again, this process happens in all cells, so why would hands and feet be most affected?

“Our everyday research is like a detective role,” says Zhongying Mo, PhD, senior research associate at TSRI and first author of the study.

The new study offers the answer: GlyRS has a role outside protein synthesis.

The researchers discovered that mutations in GlyRS trigger unusual interactions between GlyRS and a protein called HDAC6. Normally, HDAC6 would regulate a process called acetylation, which readies a protein called α-tubulin for its role in forming microtubules. Yang compares microtubules to a highway. Thanks to α-tubulin, signaling proteins and other important molecules can zip along, sending signals from your tiptoes to your brain.

But in CMT, the aberrant protein interactions with HDAC6 prevent proper α-tubulin acetylation, turning that highway into a dirt road. Nervous system signals can’t run smoothly, and the longer the nerve, the rougher the road. Because our longest nerves reach our feet and hands, this finding explains why CMT2D is most severe in the peripheral nervous system–even though the mutant proteins are everywhere in the body.

Further experiments in a mouse model of CMT2D showed that researchers could bring back proper nerve function by injecting the mice with a small molecule that blocks HDAC6 from interfering in α-tubulin acetylation. Although this particular small molecule would not be safe for humans to take, Yang and Mo believe a similar molecule may work as a future CMT2D therapy.

“It’s exciting when you can accumulate all the evidence and point to a specific target,” says Mo.

Yang and Mo are excited to find this potential treatment target, but their ultimate goal is to treat the root cause of all types of CMT. To do this, they need to do more studies like this one, which reveal the fundamental pathology of the disease.

From patient to patient, different mutations can cause either mild or very severe symptoms. Some types of CMT are diagnosed in infancy, while others don’t appear until adolescence. “That variability is striking,” Yang says.

Now that the researchers know about this GlyRS interaction with HDAC6, they would like to investigate where else mutant proteins in CMT are causing problems. In fact, an earlier study from the Yang lab caught another problem made by the mutant proteins, which has something to do with affecting nerve maintenance signal. Yang hopes future studies can solve these mysteries and even show a way to target mutant GlyRS itself.

“Our understanding of the disease is ever-increasing,” says Yang.
The study was supported the National Institutes of Health (grants R01 GM088278 and R01 NS054154) the Tau Consortium, The Larry L. Hillblom Foundation and by aTyr Pharma through an agreement with The Scripps Research Institute.

The Scripps Research Institute (TSRI) is one of the world’s largest independent, not-for-profit organizations focusing on research in the biomedical sciences. TSRI is internationally recognized for its contributions to science and health, including its role in laying the foundation for new treatments for cancer, rheumatoid arthritis, hemophilia, and other diseases.

An institution that evolved from the Scripps Metabolic Clinic founded by philanthropist Ellen Browning Scripps in 1924, the institute now employs more than 2,500 people on its campuses in La Jolla, CA, and Jupiter, FL, where its renowned scientists—including two Nobel laureates and 20 members of the National Academies of Science, Engineering or Medicine—work toward their next discoveries.

The institute’s graduate program, which awards PhD degrees in biology and chemistry, ranks among the top ten of its kind in the nation. In October 2016, TSRI announced a strategic affiliation with the California Institute for Biomedical Research (Calibr), representing a renewed commitment to the discovery and development of new medicines to address unmet medical needs.

Children with special needs get their own, special Santa time
Themes patients focus on when selecting treatment for OA
Saudi medical residents at Dalhousie University get to stay a bit longer
Skeletal muscles and satellite cells: How exercise leads to longer lives
Generative orthoses can deliver flexible orthotics in a matter of hours
Adaptive rowing gets me on the water