Apple has announced that it will allow any US healthcare organization with a compatible electronic health record (EHR) to register with its mobile Health Records feature, according to a tweet from Ricky Bloomfield, MD, Apple’s clinical and health informatics lead. 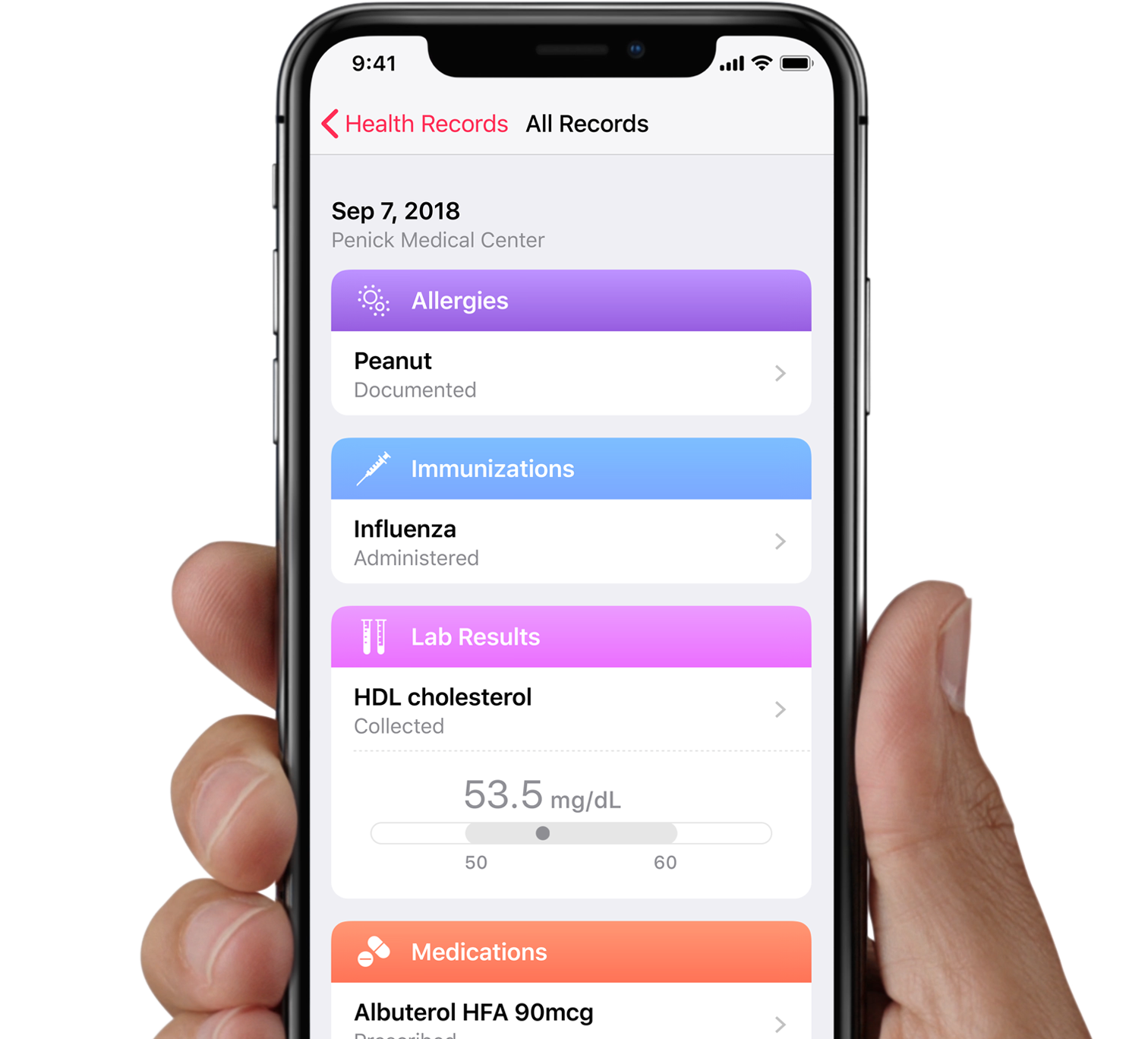 Health systems or clinics with compatible EHRs can now self-register to enable their patients to securely and privately download their health records to their iPhones. So proud of the team for this major milestone! https://t.co/NQx9L54AbN

This will allow patients to securely and privately download their EHR data to a personal health record (PHR) on their iPhone after presenting their credentials to a practice’s or a hospital’s patient portal.

Apple beta tested its Health Records app in 12 healthcare systems early this year, and it added 27 more organizations to the pilot in March. Currently, about 300 healthcare organizations, labs, and clinics with over 6500 locations across the country have registered in the app, an Apple representative told Medscape Medical News.

The compatible EHRs that can download the records are those capable of plugging in apps based on Fast Healthcare Interoperability Resources (FHIR), a standards framework for exchanging clinical data over the Internet. The EHRs that Apple currently supports include Epic, Cerner, athenahealth, and CPSI, according to Apple.

Under a proposed rule from the Office of the National Coordinator for Health IT, ONC, certified EHRs will have to include FHIR application programming interfaces (APIs) that allow patients to access their records. As a result, many more EHR vendors are expected to include this capability in the coming months and years.

Because FHIR allows semantic interoperability, information from multiple providers can flow into the appropriate categories in the Apple PHR. Thus a patient should be able to view all of their medications, problems, lab results, procedures, vitals, and immunizations from different providers in one place, Apple said in a news release.

The FHIR standards still have some rough edges to smooth out before FHIR-based apps can reliably be used to import medication lists, for example, he noted.

However, FHIR is improving, and the ubiquity of iPhones should also push the use of these PHRs forward, Waldren said. With the use of standardized APIs in EHRs and a consumer-facing product with a standard interface, he said, “hopefully we’ll see an increased adoption of these things that empower patients to have access to their data. And perhaps they can make the [downloaded] information available to their primary care physician if they’re being seen by a specialist in another health system.”

Waldren pointed out that accessing the EHR information is only the first step. Patients also have to be able to use the information, and he predicted there will be more apps that can help them interpret it and use it to improve their health.

Apple has already created a  Health Records API for outside developers. When consumers choose to share their health record data with a trusted app, the data flows to that app through Apple HealthKit but is not stored on Apple’s servers.

For example, Medisafe, a medication management app, can be connected with Apple HealthKit so that consumers can import their prescription drug list automatically and receive pill reminders and medication information. Medisafe also warns patients of drug-drug interactions.

Patients must be registered on a participating healthcare organization’s portal in order to use the Health Records app. Customers of participating EHR companies must receive an access code from their vendor for authentication purposes, Apple said. There is no charge to the provider or the patient for using the app.

When a patient opens their health app’s Health Records tab, they can either search for their health organization by name or location or scroll through the ones closest to their vicinity, the Apple representative said. As they scroll and search, they’ll find a listing of participating provider organizations.

Apple is continuing to enhance the Health Records feature. Bloomfield said in his tweet that the ability to obtain graphical trends of particular lab results is being tested and will be available in the next Apple release.

Meanwhile, the US Veterans Affairs (VA) system has started allowing veterans to download their health records to the Apple PHR. Veterans can now see their health information from both VA facilities and private providers organized into a single view on the Health Records app.

Other major tech companies have offered personal health records to consumers in the past. Neither Microsoft HealthVault nor Google Health, however, gained much traction with consumers. In addition, patient use of EHR-linked portals has been underwhelming to date. So the question is, will patients flock to the Apple Health app to download their records?

Waldren noted that the portals weren’t really designed with patients in mind. Meaningful use required providers to offer these portals so patients could access their records. But hospitals and practices tend to use the portals for their own ends, such as sending out notices and meeting regulatory requirements.

Now that EHR information is accessible through the Apple health app, he said, people will start building apps that offer consumers what they want. If that happens, he suggests, more patients may download their records.

Waldren has one suggestion for app developers, however: think about clinical workflow and don’t overwhelm doctors with irrelevant information. Otherwise, patients are likely to come into the office with 50 things their app said they should ask about.

“That could have a negative impact on the physician-patient relationship,” he said.

Parents caring for children with disabilities have some advice
No rational person would design a healthcare system this way
Orthopaedic surgeons on the common knee procedure that may cause more harm...
Doctors’ magical thinking about conflicts of interest
Do you have a child with special needs?
FDA approves new drug to treat common form of muscular dystrophy based on ...