In the two decades since the start of Back to Sleep campaign, doctors and surgeons have seen a surge in the number of infants with position-related head deformities called deformational (or positional) plagiocephaly. 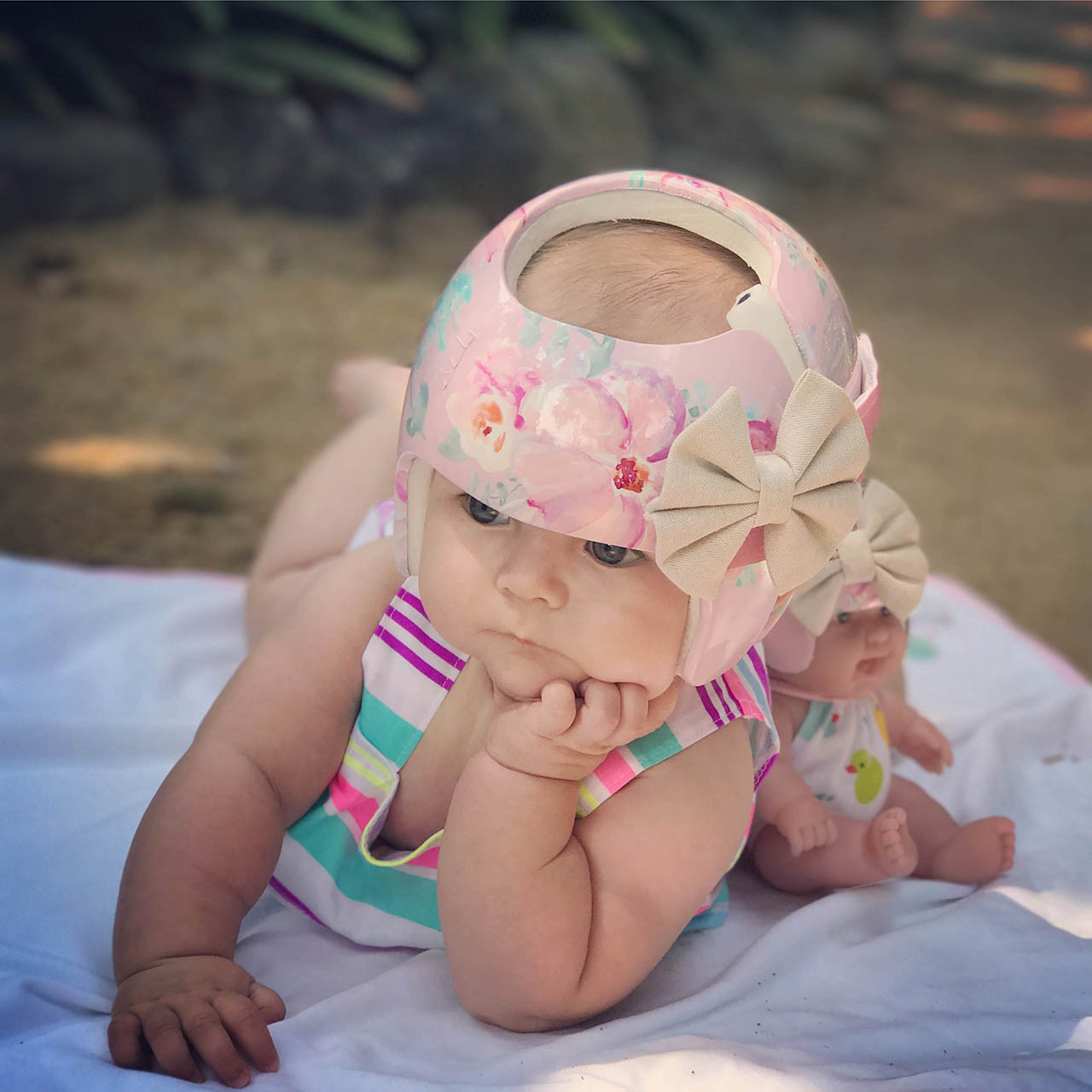 Amid often-conflicting recommendations, there’s still a lack of solid scientific data to guide diagnosis and treatment of this problem, according to a special topic section of the Journal of Craniofacial Surgery. The journal is published by Lippincott Williams & Wilkins, a part of Wolters Kluwer Health.

The Back to Sleep campaign, initiated in 1992, is widely credited with reducing the rate of SIDS. However, placing infants on their backs to sleep can have the unintended consequence of causing flattening of the skull. If the infant sleeps on the same spot every day, the rapidly growing skull tends to flatten at that spot, becoming deformed and uneven over time.

In a two-part review,[1,2] Dr. Gary F. Rogers of Children’s National Medical Center in Washington, D.C., outlines the causes, diagnosis, and treatment of DP. According to Dr. Rogers, flattening occurs when cranial growth is redirected by an external force, such as a bed. This is most likely to occur in infants who have limited head mobility related to congenital muscular torticollis, prematurity, or developmental delay. The association between DP and developmental delay has been widely publicized and is a source of great parental concern. However, it is commonly accepted that it is developmental delay that leads to DP, rather than the other way around.

Mild flattening may lend to no treatment or simple repositioning, while more severe cases may benefit from the use of a helmet orthotic to gently redirect the growing cranium into a more normal shape. While these devices are widely used, the effectiveness of this treatment is hotly debated by experts.

Dr. Rogers’ review contrasts the clinical features of deformational cranial flattening with those of other causes of abnormal skull growth—especially conditions called synostoses, in which one or more of the sutures (“soft spots”) of the infant’s head close prematurely. Infants with synostoses require highly specialized surgery and multidisciplinary treatments to prevent serious complications.[5]

Unfortunately, many infants with DP are managed without such expert evaluation, which may lead to treatment that is ineffective or unnecessary. The special topic section includes editorials providing expert viewpoints on the evaluation and treatment of DP. While the authors have differing perspectives, all agree that surgery should only be considered in the most severe cases—if at all.

Drs. Wojciech Dec and Stephen M. Warren of New York University Medical Center write, “Growth of the brain tends to restore symmetry of the [skull] when the compressive forces are eliminated.” [3] They emphasize the role of head repositioning and helmet therapy, concluding that, “Surgery does not play a role in the treatment of DP.”

Dr. Benjamin Levi of Stanford University and colleagues highlight the need for evaluation by a specialist who can recognize the often-subtle differences between different causes of infant skull deformity.[4] Although the authors believe that repositioning or helmet therapy is generally effective, they note that the absence of formal studies evaluating the results of treatment—especially surgery. They write, “Children should undergo a thorough physical and radiographic examination by specialists before being subjected to any surgical intervention.

In his editorial, Dr. Habal calls for “new directions of thought” related to “the emergent disease or syndrome” of DP.[6] He raises special concerns about the lack of unbiased research regarding the outcomes of treatment for DP—as well as the true relationship between supine positioning as called for in the “Back to Sleep Campaign” and SIDS.

Dr. Habal also questions the rapid growth of unproven helmet therapies, noting that “the burgeoning helmet industry has no control in sight.” He reiterates the call for expert, specialist evaluation of infants with possible DP—and urges carefully designed scientific research to definitive research studies to settle the 20-year debate over sleep position, SIDS, and DP.