‘It concerns me because the vulnerable community can become more vulnerable.’ 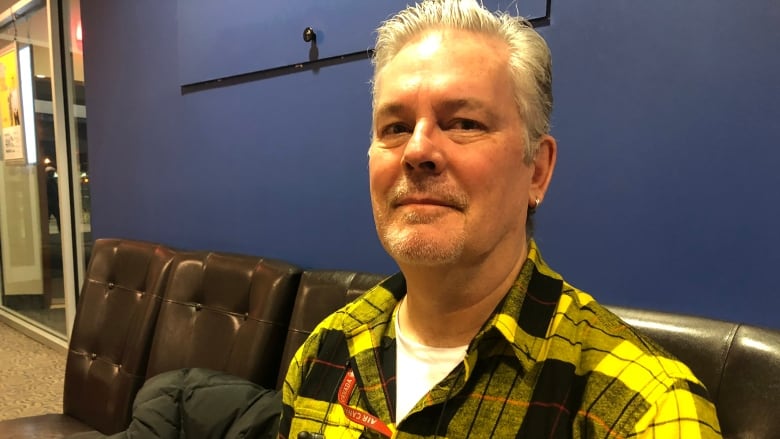 Ian Young feels betrayed by cost-saving measures in the Alberta budget that will shrink the benefits for people with severe disabilities.

“During the campaign Mr. Kenney seemed very passionate about not decreasing AISH which has turned out to be a total broken promise. I call it a lie,” Young said in an interview Monday with CBC Radio’s Edmonton AM.

The Assured Income for the Severely Handicapped provides a living allowance to Albertans who have a permanent medical condition that prevents them from earning a living. More than 66,000 Albertans rely on the program, which provides a basic benefit of $1,685 per month.

Under the UCP’s proposed budget, program benefits will no longer be indexed to inflation. The pause in indexation — no end date has been set — would see the purchasing power of monthly payments reduced because of inflation.

Young started receiving benefits in 2004 after developing a rare neurological disorder which caused lesions to grow on his brain and triggered several strokes.

“During the campaign, it was repeated over and over — we’re putting money into Albertans’ pockets. And then they go and take money away from the most vulnerable,” Young said.

“There is a saying in the disability community, nothing about us without us. Not one person, agency or AISH recipient was consulted on this.”

The government says its plan to de-index AISH payments would reduce program costs by $10 million in 2019-20.

Trevor Tombe, an economist at the University of Calgary, has said that for individual AISH recipients, the move would reduce the purchasing power of monthly benefits (depending on the rate of inflation) by roughly $35 next year, $65 the year after, $100 the year after that, and so on until indexing resumes.

During his campaign for the leadership of the United Conservative Party, Jason Kenney said that his government would not cut the program.

In one instance, he accused the NDP government of fear mongering about his intention to slash the program.

“This is complete rubbish,” Kenney said in a Facebook live event during the election campaign.  “The truth is, we actually voted in favour of legislation brought by the NDP government last fall to increase AISH benefits.

“But the minister… is trying to scare people, including those with intellectual disabilities, into saying that their basic income is going to be slashed or eliminated. Shame on you.”

Since the budget was introduced, Finance Minister Travis Toews has said the de-indexation was necessary to tackle Alberta’s debt, which is costing $2 billion in interest payments each year.

Young fears others on AISH will have to choose between paying their rent or buying groceries as the cost of food and housing continues to increase.

“It concerns me because the vulnerable community can become more vulnerable in terms of putting food on the table.

“I don’t know if they will backpedal because it doesn’t seem like something they do but they need to be more transparent and do more consultation before they just take out a big pair of government scissors and start cutting.”