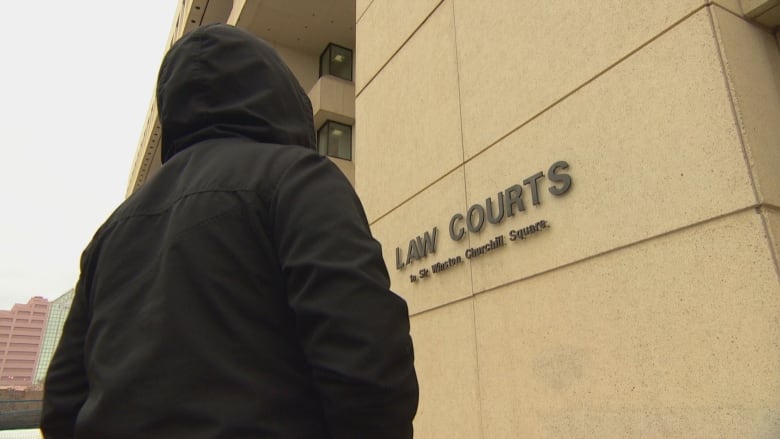 A.C. has been granted a court injunction delaying a change in legislation that would have lowered the age of eligibility for the SFAA program to 22. Trevor Wilson CBC

Alberta’s Court of Queen’s Bench has granted a temporary injunction preventing hundreds of young adults from losing benefits intended to help them transition out of government care.

On Thursday, Justice Tamara Friesen ruled that there may be merit to the challenge that an amendment made to legislation is unconstitutional and must be considered at trial before implementation.

Last November, the UCP government announced the maximum age for young adults receiving financial and social supports under the Support and Financial Assistance Agreements (SFAA) program would drop from 24 years to 22.

The change would have immediately impacted nearly 500 young adults in the program if it had come into effect on April 1.

Instead, the change was challenged by lawyer Avnish Nanda on behalf of a 21-year-old single mother, identified in court documents as A.C., who grew up in government care and will turn 22 in August.

Friesen said the odds that the constitutional challenge will be heard before A.C.’s birthday, particularly in light of the current public-health crisis, are “slim to none.”

“The harm she would suffer if the legislation goes into effect on April 1, 2020 amounts to social, financial and psychological harm which simply could not be compensated by any future financial judgment,” Friesen said during an hour-long, oral decision.

“It is therefore irreparable.”

Lawyers listened in via telephone as part of measures taken to contain COVID-19, as Friesen handed down her hour-long oral decision.

“The applicant has clearly articulated a basis for proving a clearly identified charter breach and has illustrated very serious potential negative effect of those breaches on A.C. and on other impacted young people, generally,” Friesen said.

“Furthermore the psychological suffering she’s already experienced as a result of being advised that she was being cut off two years earlier than expected is evident in her statements about suicidal ideation and her feeling that she needs to return to sex work.”

A.C., who was not in the courtroom, told CBC she felt relieved “incredibly happy” when she found out she’d won.

“I actually started crying because it made me so happy,” said A.C. who immediately thought of all the other youth who would no longer lose their benefits. “For now we’re safe, you guys, we’re safe.

“This is being taken seriously now. It’s not going to be brushed under the rug. It’s something that (the government) is going to have to face.”

In her affidavit, A.C. said the program was helping her complete her education and create an alcohol-free home for her young daughter.

She said the abrupt change would force her to return to sex work at the risk of having her own child apprehended.

During the hearing on Monday, Nanda argued that the manner in which the amendments were made, as well as the consequences, violated a person’s rights to security and constituted cruel and unusual treatment.

He submitted an affidavit from youth worker Mark Cherrington who argued that the change would cause irreparable harm to participants.

In another affidavit, psychologist Jacqueline Pei said the abrupt change removed vital support and increased participants’ vulnerability just as they were becoming ready to take the steps needed for a healthy future.

The only reason we’re here is because of A.C. — both her story but also the courage she has to step up and say that her voice, and her situation and her experience deserve attention. – Avnish Nanda

David Kamal, who was one of three lawyers to represent the government, argued that A.C. and the government entered into a contract that either party could end.

He said A.C. was given 10 months notice of the change in eligibility and could potentially have access to other government funding.

Kamal also argued that it had no fiduciary duty to A.C. because the government ceased to be her legal guardian when she turned 18. The facts for each SFAA participant would be different, he added.

After ruling, Nanda said he was “thrilled with the results.”

“I think this helps a lot of folks who are in a very vulnerable point in their lives and it ensures that they’ll get the necessary support they need to continue to function and continue to be healthy,” Nanda said.

“The only reason we’re here is because of A.C. — both her story but also the courage she has to step up and say that her voice, and her situation and her experience deserve attention.”

In an email, the province said it is reviewing the decision. “The government is understandably focused on the pandemic and related economic effects,” wrote Lauren Armstrong, press secretary to Children’s Services Minister Rebecca Schulz.

Why are glasses perceived differently than hearing aids?
Educators raise safety concerns about special needs students being back in...
Taking the brain out for a walk
AFO breakthrough helps children with Cerebral palsy walk and play
Complementary medicine helps reduce pre-op anxiety
An engineer explains how to forge a career designing for disabilities