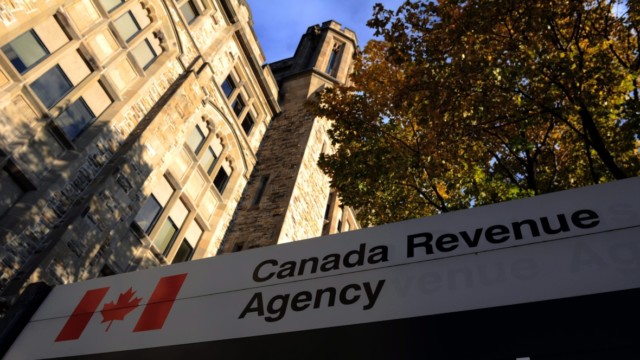 Canadians are speaking out about problems getting the disability tax credit through the Canada Revenue Agency. Sean Kilpatrick, Canadian Press

After six years in the works, COVID-19 has further delayed implementation of new rules limiting what third-party companies can charge to help people access the disability tax credit, and a Nova Scotia doctor and two national organizations are calling for federal officials to finally act.

But the CRA said it still doesn’t know when the proposed Disability Tax Credit Promoters Restrictions Regulations, which stem from federal legislation passed in 2014, will be ready and will come into force.

“At this time, the Canada Revenue Agency is unable to confirm when priorities will shift back to non-COVID-related matters,” CRA spokesperson Dany Morin said in an email to CBC.

More than a million Canadians receive the disability tax credit, which can be worth thousands of dollars and is designed to help people who have mental and physical impairments that are ”severe and prolonged.”

There are a number of companies in Canada that offer to help people with disabilities apply for the credit. If they are successful, the companies charge fees of between 15 and 40 per cent of the credit.

Last June, the CRA sought feedback on a proposal to slash what it called “excessive” fees and bring them down to a $100 charge for an application to determine eligibility, another $100 to actually apply and then $100 for each year the credit is retroactive.

The CRA said it received nearly 260 submissions over the course of the 30-day consultation period.

“Although the CRA is unable to disclose specific information pertaining to the feedback at this time, we can note that the majority of respondents indicated support for some form of fee cap,” Morin said.

Part of the disability tax credit application form must be filled out by a medical practitioner. Dr. Joe Gillis, a family physician in Yarmouth, N.S., said he’s increasingly being asked to complete forms for third-party companies, which then reap the profits of his work and his patients’ tax credit.

“For a lot of people it’s a significant amount of money, and I don’t think that’s fair,” Gillis said.

He said each patient and situation is different, and it can sometimes take time to understand how a patient’s life is impacted by their illness because he’s “not there with them in their home.” 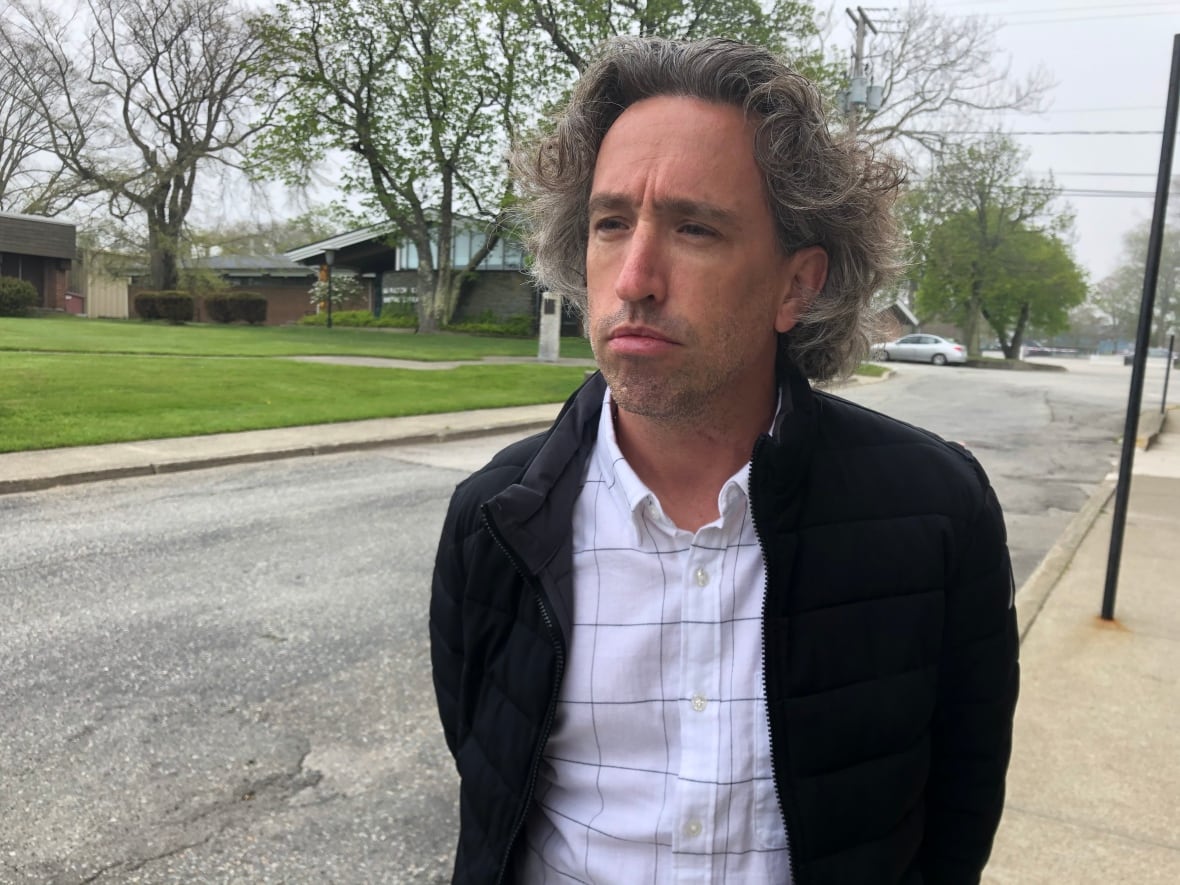 Dr. Joe Gillis, a Yarmouth, N.S., family physician, would like to see a cap on the amount third-party companies can charge to help people apply for the disability tax credit. Paul Poirier CBC

He said he is in a difficult position when a company has given the patient the impression they will qualify for the credit when he doesn’t feel the same way.

“I’ve had a company three times send me suggestions in order for the patient to qualify,” he said. His comments on the form must be true, and he tries to be “a good steward of taxpayers’ dollars,” he said.

Gillis said it makes his relationship with a patient difficult because he wants to support them but disagrees with what the company is saying.

That’s money people could use right now as they deal with the pandemic, according to Patrick Curran, executive director of Independent Living Canada, which advocates for people with disabilities. He calls the fees “unconscionable,” and said COVID-19 is no reason to delay regulations capping them.

“It is a priority. It is important. They need to act as soon as possible,” Curran said.

He gives the federal government top marks for stepping in quickly to deal with problems caused by the virus, and noted: “We now know when the subject matter is of extreme importance, the government will rally resources to get things done.”

Curran said Canadians with disabilities are already “at the lower rung of the country’s social and economic scale,” and there needs to be limits put on what’s being charged by companies that help with disability tax credit applications. 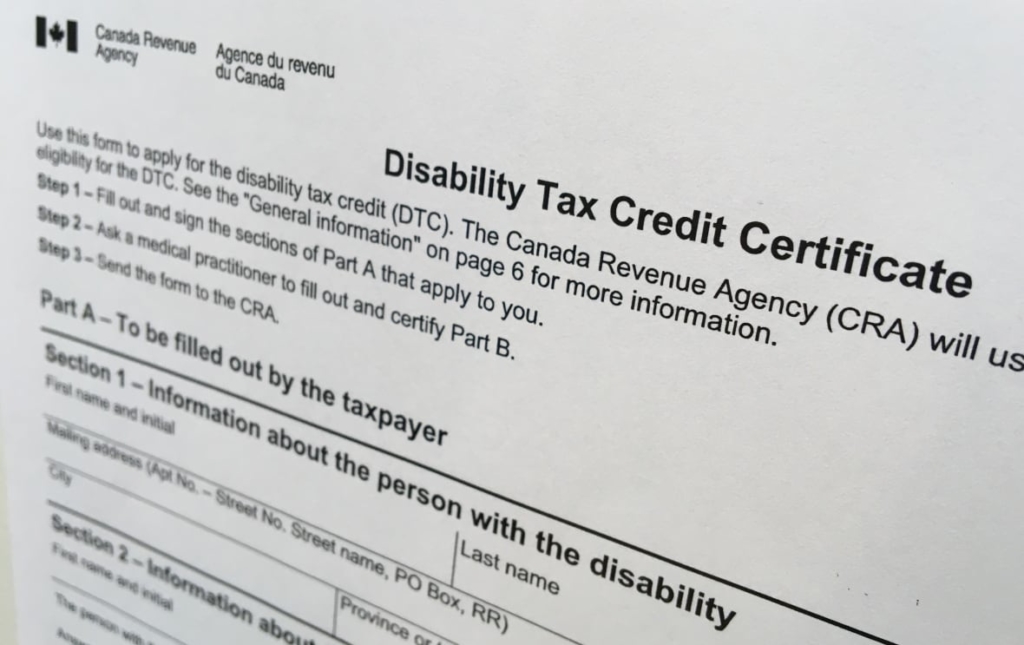 Canadians have cited a number of problems accessing the disability tax credit. CBC

Other non-profit groups worry as well.

“We are aware that some of our members are being charged an astronomical price to complete an application for them by third parties,” said Ann Durkee-MacIsaac, a director with the Ostomy Canada Society, which helps people who have had surgeries such as colostomies.

She said she has been told about accountants and doctors in some areas of the country also charging significant amounts.

Durkee-MacIsaac learned about the tax credit 18 years ago when she needed an ostomy. She said her doctor completed the form and she has received it every year since, but is concerned not everyone knows it exists. 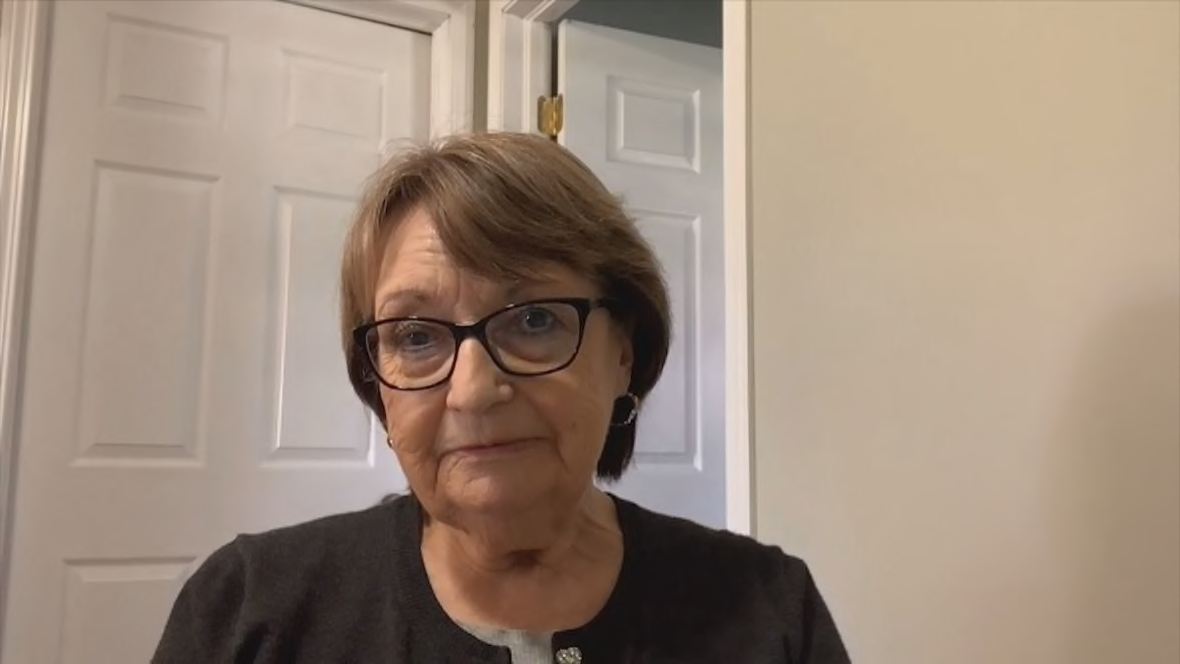 Ann Durkee-MacIsaac, a director of the Ostomy Canada Society, says the organization has developed a pamphlet to help people with ostomies navigate the disability tax credit process. CBC

When she joined the board of Ostomy Canada, the agency formed a disability tax credit committee and discovered it was not an easy process for everyone.

“It was difficult to obtain approval and it was also difficult to convince the doctor that we were, in the eyes of CRA, disabled because most people look at us and don’t think we are disabled,” Durkee-MacIsaac said.

She said people with an ostomy may not have an obvious loss like an arm or leg, but they have lost their bowel and require medical supplies and spend significantly more time with their personal care.

The society has developed a pamphlet that is available on its website to help people navigate the process, and Durkee-MacIsaac often helps people who call the society with questions.

Independent Living Canada, which has 24 offices across the country, also offers people help with the disability tax credit applications at no charge.

Gillis said he urges his patients to send their forms directly to the CRA and avoid the high third-party fees.

The CRA said it continues to work through the regulatory process, but could not provide a definitive date when the Disability Tax Credit Promoters Restrictions Act and accompanying regulations will come into force.

The Association of Canadian Disability Benefit Professionals, which represents companies that market themselves as advocates for Canadians with disabilities, did not respond to CBC requests for comment on this story.

But last June, it called the proposed regulations “unprecedented” and “flawed,” and said the CRA’s disability tax credit process was so difficult people needed help managing it.

“It is immediately clear that the direct result of the regulations will be unavailability of services to Canadians, near total job losses within the industry and fewer benefits received by those who need them most,” Nicola Moorhouse, the association’s executive director, said in statement at the time.

She also noted there is no fee if the application is not approved.

The CRA said it’s continuing to educate people about the disability tax credit and make improvements to the application process.

Doctors’ magical thinking about conflicts of interest
When do disability resources become a right?
Things are so different now: Athletes, supporters celebrate 50 years of Sp...
Bill C-81: What’s next?
Canadian patients should have online access to their medical records, some...
Pay-for-access online doctors "move Nova Scotia into dangerous territory"