People with disabilities have been shut out of the conversation as Canadians plan to return to school, work and play, further jeopardizing their health and safety in the midst of the COVID-19 pandemic, advocates warn. 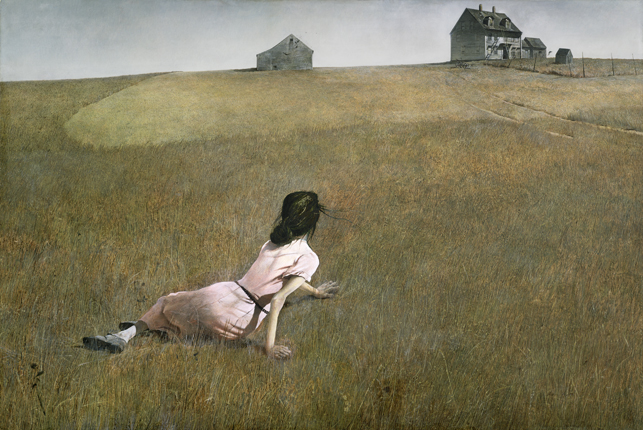 “You can’t have an emergency plan that assumes nobody has a disability – it would be like having a fire plan that assumes everyone can go down the stairs,” says David Lepofsky, chair of the Accessibility for Ontarians with Disabilities Act Alliance (AODA Alliance), an advocacy organization.

“We always talk about long term-care facilities for the elderly but people are not in those facilities because they are elderly,” says Professor Gillian Parekh, the Canada Research Chair in Inclusion, Disability and Education at York University. “They have disabilities and some of them happen to be elderly at the same time but yet when we hear discussion about long-term care, we rarely hear about disability.”

“The only other option is stay in bed and don’t get up… don’t go to the bathroom, don’t eat,” says Lepofsky.

This situation is amplified by what advocates say is a troubling proposal from the Ontario government on the allocation of resources in ICUs. In March 2020, Ontario Health put together an initial Clinical Triage Protocol for Major Surge in COVID Pandemic, setting out guidelines on how health professionals should allocate resources in the event of a shortage. People with certain cognitive disabilities may not meet the criteria for potentially life-saving treatments like ventilators. Advocates say this protocol could mean people with disabilities are denied equal healthcare, breaching their human rights. It also reveals a troubling tension in how people with disabilities are treated, says Kathryn Underwood, professor of early childhood studies at Ryerson University.

“We put people with intellectual disabilities in institutions to live together in groups that are actually at greater risk of infection and then we say you aren’t actually eligible for the treatment,” she says.

A spokesperson for Ontario Health says the protocol is still a draft and has “received thoughtful input from various individuals and stakeholder groups” and that changes are being made based on feedback. The spokesperson told Healthy Debate the protocol is “undergoing consultation with a broad range of clinic specialty area leads and physicians, various disability, human rights, practicing bioethicists, health researchers and others.” The spokesperson also indicated there is no deadline for a final protocol yet, and while groups like AODA Alliance have been consulting with Ontario Health on a revised protocol, significant concerns for the rights of persons with disabilities being impacted still remain, says Lepofsky.

“Premier (Doug) Ford said we want to protect the most vulnerable. Who can be more vulnerable than people with disabilities in this context?” asks Lepofsky.

Laura Kirby-McIntosh, a high school teacher and chair of the Ontario Autism Coalition, says the pandemic has also magnified pre-existing barriers for students with disabilities. Parents and advocacy groups have raised the alarm that online platforms used to facilitate virtual classes are not fully accessible to students who might have poor vision or require other accommodations to access the materials.

Lily, who preferred not to use her last name, is the parent of a 7-year-old with moderate to severe autism. She says this spring she was sent five apps to download and provided with assignments through the apps but had very little direct teacher engagement and explanation. She also says she hasn’t heard information from the ministry about specific programs for students with special education needs.

“Sitting down and really interacting with the teacher would have been really helpful. For my kid, structure is everything,” she says.

Kirby-McIntosh hears concerns like Lily’s from parents across the province.

“Too often kids with disabilities are sort of an afterthought in curriculum design and any sort of school planning… instead of doing inclusive design and planning from the beginning,” she says.

Kirby-McIntosh says bringing students back into the classroom will be a challenge, particularly those with disabilities. She points to proposed plans and tools like putting taped squares on the floors to denote social distancing.

“Kids with autism are going to look at those squares and say, What, you’re not going to put me in a box,” she says.

These types of challenges illustrate the need for governments to consult with advocates and people with disabilities to come up with a plan that will work for all students, she says, adding that she worries the sheer scope of the task might lead to students with disabilities being an afterthought.

“My big fear… is that a lot of school boards, principals are going to take the position that it is simply easier to exclude students with disabilities than it is to bring them in and that our kids are going to be left behind… until there’s a vaccine,” says Kirby-McIntosh.

The Ministry of Education says school boards are responsible for online learning and that it has told boards to ensure such content is accessible.

“The ministry has issued guidance that school boards should use online platforms that are fully accessible to students with disabilities. School boards remain independently accountable for making decisions on the use of digital learning resources and collaboration tools to support students’ learning online,” says a ministry spokesperson in an email to Healthy Debate.

But Lepofsky says the ministry hasn’t worked with groups like the AODA Alliance and the Ontario Autism Coalition, which have developed virtual town halls with tips for teachers to improve accessibility for students with disabilities and has offered them to the ministry to share among school boards.

Advocates also have been concerned about what re-opening businesses mean for people with disabilities. In Toronto, many businesses have been given the green light to use outdoor spaces, including sidewalk patios, to allow for physical distancing. The city’s CurbTO and CaféTO initiatives provide guidance on how to do so. But for those who use mobility devices to get around the city, the re-opening has posed challenges, says Wendy Porch, executive director of the Centre for Independent Living in Toronto (CILT).

“The concern from people with disabilities is that the sidewalks are already very difficult to get navigate with enough clear way space in the first place… if you are using a big power chair and you are trying to get down the sidewalk, even before COVID there were multiple difficulties getting around signs, patios,” says Porch.

A City of Toronto spokesperson says restaurants and bars in the city “are required to comply with all AODA-related legislative requirements if they are expanding their outdoor dining space in the public right-of-way, including maintaining a minimum pedestrian clearway of 2.1 metres and the installation of cane-detectable planters where required.”

But even public spaces like grocery stores have barriers. Markers in stores used to outline social distancing are visual – tape or signs on floors and walls – and people with visual disabilities might not be able to safely navigate these spaces, says Porch.

She sees this as part of a broader gap in pandemic planning, where the perspectives of people with disabilities have not been considered, in order to come up with inclusive policies. The result, she says, is exclusion.

“How are (people with disabilities) supposed to negotiate public spaces when there is no indication of what distancing looks like for them?”


Pandemic Experience in the Long-Term Care Sector: How Does Canada Compare With Other Countries? Canadian Institute for Health Information. Ottawa, ON: CIHI; 2020.

Also see
Some with disabilities worry they’ll die if they get COVID, say slow vaccine rollout puts them at risk CBC Radio
1 in 3 unpaid caregivers in Canada are distressed Canadian Institute for Health Information
City urged to think about people with disabilities in CurbTO plan to create space on sidewalks CBC Toronto