The fabella, a small bone in the knee once lost to human evolution, has made a surprising resurgence over the last century.

The new findings could help clinicians treating patients with knee issues and provide insight into human evolution over the past 100 years.

We are taught the human skeleton contains 206 bones, but our study challenges this. Dr Michael Berthaume

The bone, linked to knee problems and pain, is buried in a tendon behind the knee, and was once rare in humans.

Now, a new study by Imperial College London researchers has found that fabellae are becoming more common in humans.

The results, which spanned over 21,000 knee studies over 150 years, showed that between 1918 and 2018, the rate of fabellae occurrence in humans increased more than threefold.

Through the analysis, published today in the Journal of Anatomy, they reviewed 21,676 individual knees over 27 countries.

The earliest records they looked at, which were from 1875, showed that fabellae were found in 17.9 per cent of the population. From this, the researchers created a statistical model which predicted prevalence rate while controlling for country of study and method of data collection – such as x-rays, anatomical dissection, and MRI scanning.

Lead author Dr Michael Berthaume, from Imperial’s Department of Bioengineering, said: “We don’t know what the fabella’s function is – nobody has ever looked into it!”

The fabella is a sesamoid bone, meaning it grows in the tendon of a muscle: the kneecap, for instance, is the largest sesamoid bone in the human body.

Dr Berthaume added: “The fabella may behave like other sesamoid bones to help reduce friction within tendons, redirecting muscle forces, or, as in the case of the kneecap, increasing the mechanical force of that muscle. Or it could be doing nothing at all.” 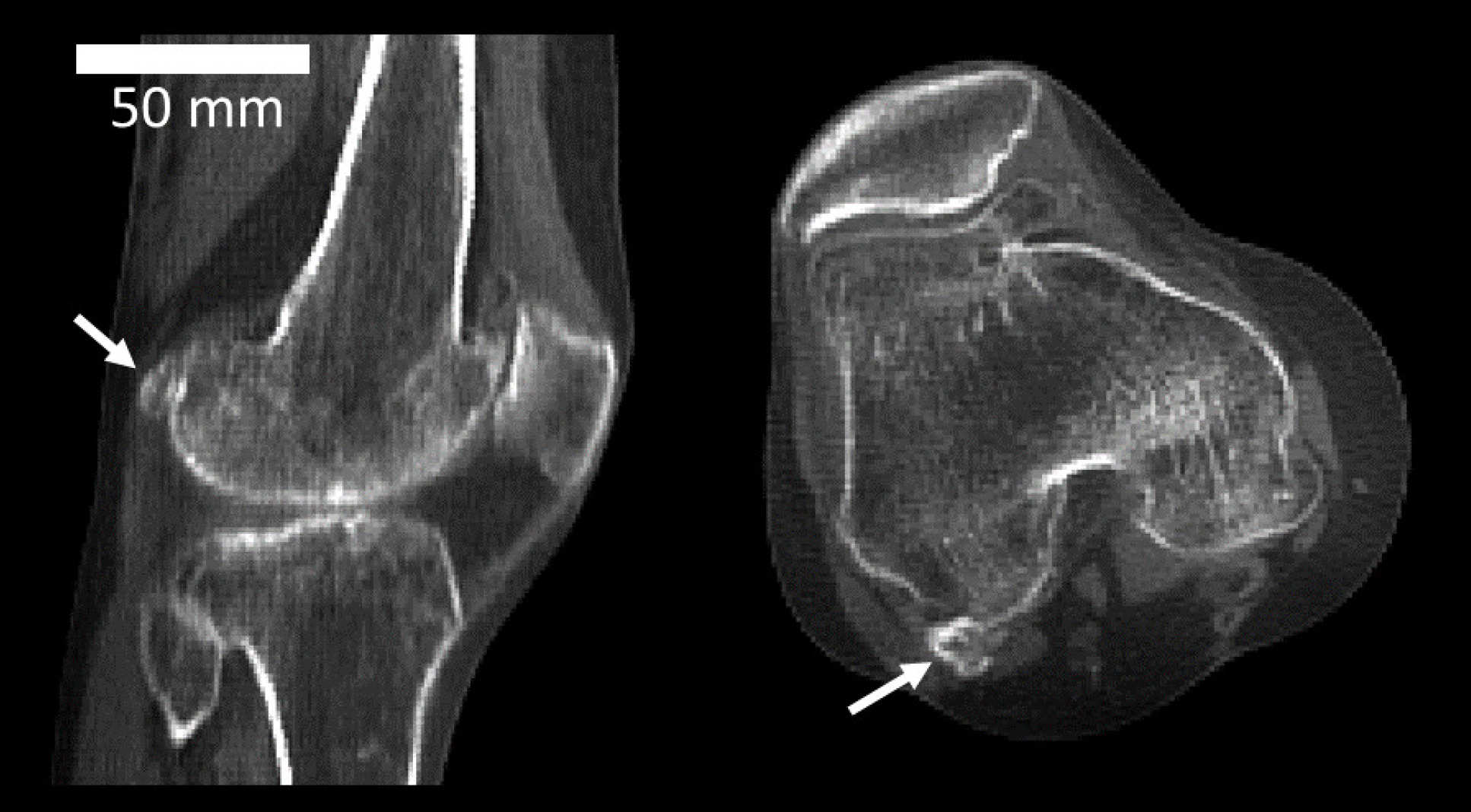 Having a fabella has its drawbacks. People with osteoarthritis of the knee are twice as likely to have a fabella than people without osteoarthritis – however, it is unknown if the fabella causes osteoarthritis in the knee, and if so, how. It can also cause pain and discomfort on its own, and can get in the way of knee replacement surgery.

The study authors say their findings could have implications for how we treat patients with knee pain, or those who need knee replacements or treatment for osteoarthritis.

As we evolved into great apes and humans, we appear to have lost the need for the fabella. Now, it just causes us problems – but the interesting question is why it’s making such a comeback.
Dr Michael Berthaume

Dr Berthaume said: “We are taught the human skeleton contains 206 bones, but our study challenges this. The fabella is a bone that has no apparent function and causes pain and discomfort to some and might require removal if it causes problems.

“Perhaps the fabella will soon be known as the appendix of the skeleton.”

In old world monkeys, the fabella can act as a kneecap, increasing the mechanical advantage of the muscle. But when the ancestors of great apes and humans evolved, it seemed to disappear.

Dr Berthaume said: “As we evolved into great apes and humans, we appear to have lost the need for the fabella. Now, it just causes us problems – but the interesting question is why it’s making such a comeback.”

The answer, says Dr Berthaume, could lie in nutrition. “We found evidence of fabella resurgence across the world, and one of the few environmental changes that have affected most countries in the world is better nutrition.”

Researchers found the fabella seems to be the only sesamoid bone in the human body to be increasing in prevalence. Sesamoid bones are known to grow in response to mechanical forces.

Dr Berthaume added: “The average human, today, is better nourished, meaning we are taller and heavier. This came with longer shinbones and larger calf muscles – changes which both put the knee under increasing pressure. This could explain why fabellae are more common now than they once were.” 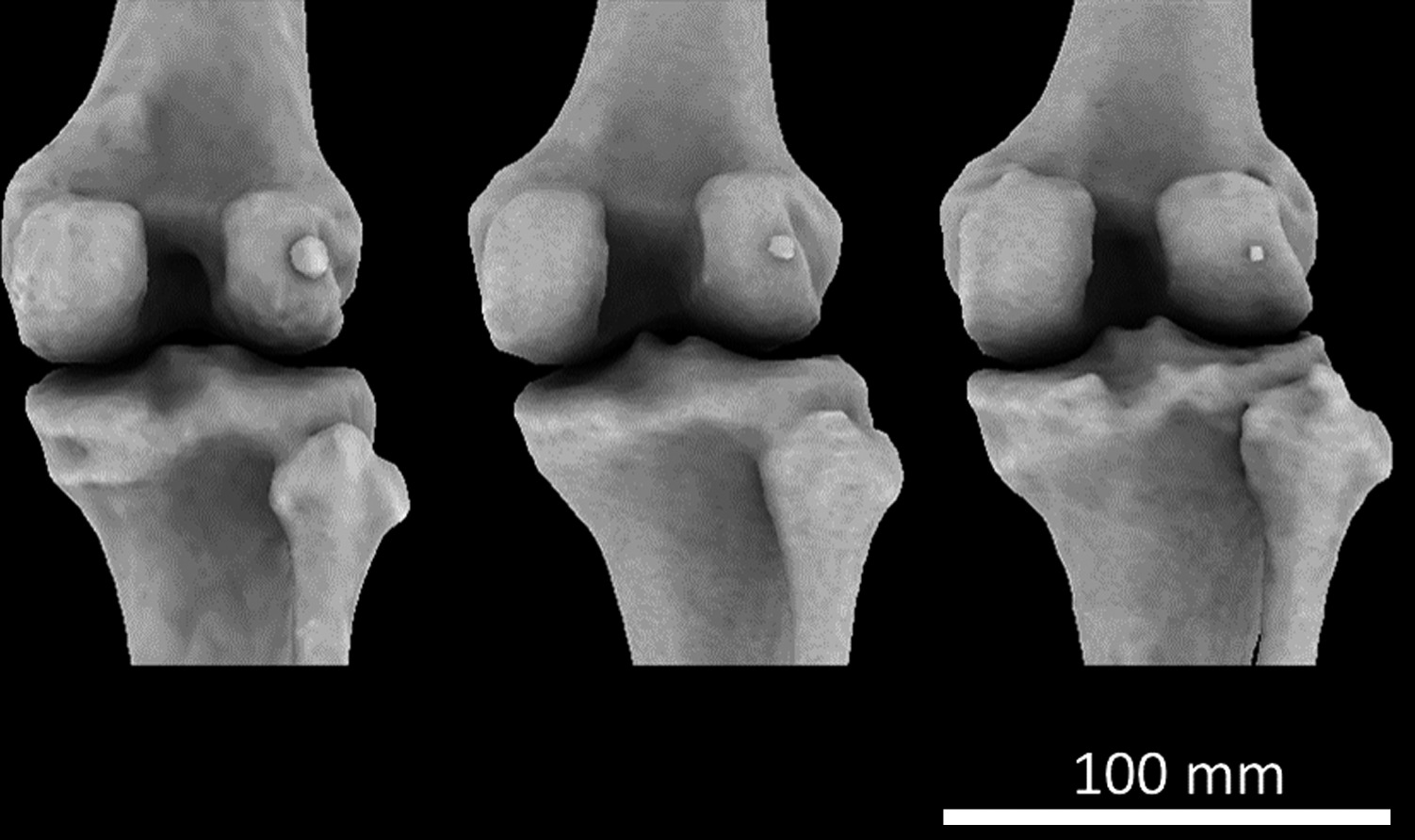 Not all people have fabellae, however, and there is likely a genetic component controlling the ability to form one – but for those who can form a fabella, this increased mechanical forces might drive their formation.

The researchers say they are now looking at how prevalence differs across genders, ages, and regions and the proportion of people who have fabella in one or both knees. They also hope to delve into the genetics of the bone and how its inclusion in the human skeleton has changed over time.

Also see
Region, age, and sex decide who gets arthritis-linked ‘fabella’ knee bone Imperial College London
In focus: The fabella, the forgotten knee bone Anatomy To You
‘The appendix of the skeleton’: Why are more and more people born with this useless bone? The Montréal Gazette