Those familiar with this young column know that “the machine” represents the large or small barriers and roadblocks those of us with mobility disabilities have to overcome. 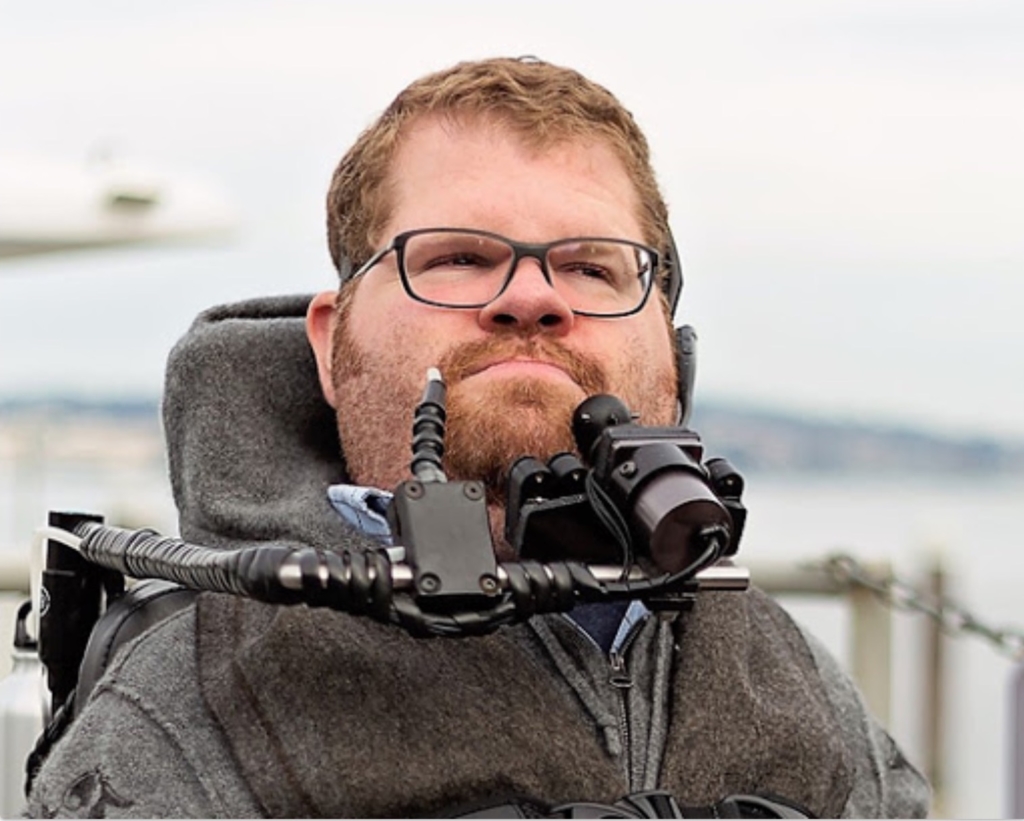 As a C4 quadriplegic, I write about fighting the machine that works to keep me dependent and limit my options. I fight the machine to gain as much dignity, independence and self-reliance as possible.

I realized how much one technology had contributed to this fight when I wanted to turn my fireplace on and off, under my own power, either via voice or app. It turned out to be more difficult than I’d expected (that damn machine again). I spent hours on research, and even spoke to a number of home automation consultants I knew.

Then BabyGirl (one of the few approved nicknames I have for my wife, Karen) asked, “Isn’t there some kind of Bluetooth ‘clap on/off’ that pushes the button for you?” A 30-second Amazon search revealed a device called the Switchmate, which costs less than $30 and runs on two AA batteries. It’s a magnetized button that sits on top of a light switch. It accepts voice commands and connects via  iOS or an ▶︎ Android app.

That’s when I realized how much I owed to Bluetooth technology. Bluetooth enables devices I use to control my laptop, such as iDevice, Tecla, mouth mouse and phone, which in turn enable the bulk of my independence. And I know that in the disability community, I’m not alone in that.

Originally developed at Ericsson Mobile in Sweden in 1989, the first Bluetooth consumer device, a wireless headset, was launched in 1990. Since then, the technology has become inescapable. Mice, controllers, switches, speakers, printers, keyboards and just about everything technological connects wirelessly via Bluetooth.

For people with disabilities, Bluetooth has opened the doors to levels of independence that wouldn’t have been possible 10 years ago. Companies like Tecla and Level Access specialize in Bluetooth-enabled devices that allow autonomous use of a cell phone from a bed or chair, as well as managment of smart home devices.

What these devices enable may seem trivial to abled folks, but not to us. We know these little actions can make all the difference. In my case, there are quality-of-life issues I want as much (or more than) being able to walk. It’s why I spent an embarrassing amount of time trying to figure how to turn my fireplace on and off before I found a solution. This simple act had obviously come to mean a lot to me. I was determined to claw out this extra bit of independence and control. I was intent on putting another round in the chamber in the fight against the machine.

Bluetooth has provided us with a whole new arsenal in this fight. It provides the tools for more control not just of our own bodies, but our environments as well — controls other people take for granted.

Another benefit of Bluetooth is its universality and popularity. Everyone wants voice control and smart home controls, and not many wish to walk over to that light switch or dial that phone. That’s good… in some ways. It means that the market for Bluetooth-enabled devices is vast and growing, and the same innovations that simplify the lives of the fully mobile are there to benefit us as well. As I have said in the past, convenience for you is independence for me.

Meanwhile, Bluetooth is powering the cutting edge of accessibility. A company called BrainGate specializes in neurotechnology. They developed a brain-computer interface that allows “those with paralysis to directly operate an off-the-shelf tablet device just by thinking about cursor movements and clicks. Brown University reported that three quadriplegic trial participants were able to control an array of apps on a tablet using the investigational BrainGate BCI that records neural activity directly from a small sensor placed in the motor cortex:

“The participants messaged with family, friends, members of the research team and their fellow participants. They surfed the web, checked the weather and shopped online. One participant, a musician, played a snippet of Beethoven’s ‘Ode to Joy’ on a digital piano interface.”

Of course, the implanted sensor communicates with devices via Bluetooth — a technology that continues to open doors. While I’m not signing up for this particular technology any time soon, I admit it will help us win more battles with the machine.

What is torticollis and deformational plagiocephaly?
Does my infant need a helmet? Understanding positional plagiocephaly
Growing pains: advice to parents and carers
Disabled Albertans with trust funds can qualify for AISH under new bill
Uneven terrain: Tactics for orthotic device users
There’s an app for that: How two rural counties reached more kids with dev...