Thought regenerating tissue was just for salamanders? It turns out that humans can regenerate certain tissues faster than others too.

A study authored by Duke researchers found that humans have the ability to regenerate cartilage in certain joints, though some are faster than others. These findings could potentially lead to new treatments for osteoarthritis, one of the world’s most common diseases. 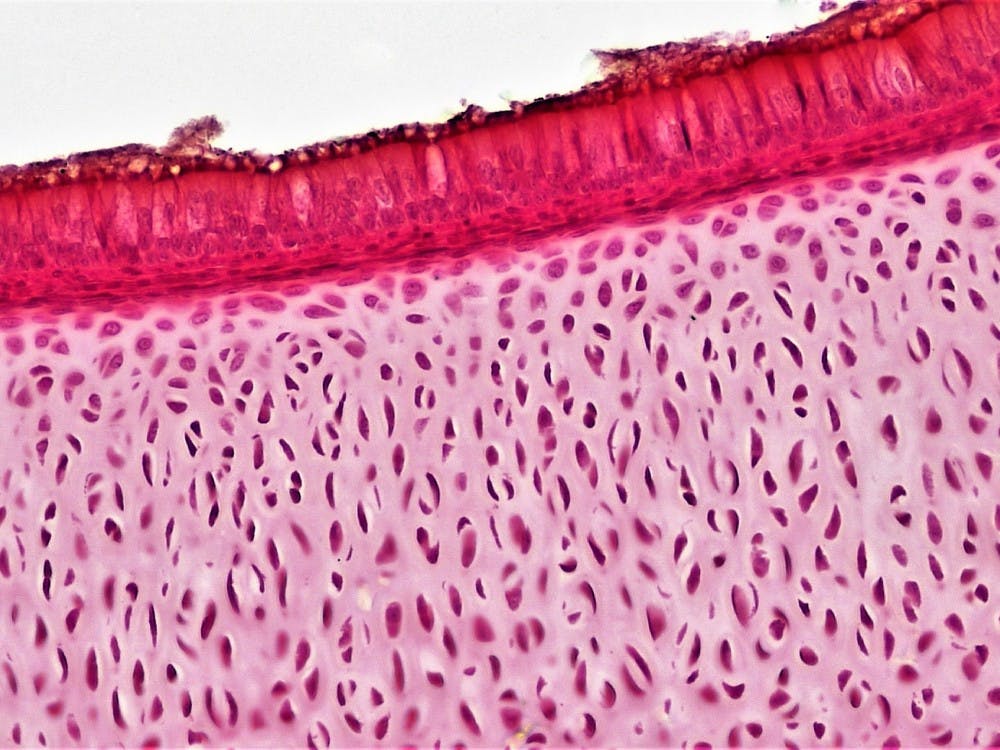 The study, which included research going back more than a decade, outlined the discovery of an “age gradient” for different types of cartilage in humans. The researchers examined protein modifications and discovered that ankle cartilage had a higher rate of production than cartilage in the knees or hips.

“That was a big surprise because most people think that all cartilage is the same—same proteins, same everything,” said Professor of Medicine Virginia Kraus, the senior author of the study. “We expected to be able to see a different turnover of different proteins, but the fact that it was changing by location, that was really surprising.”

To contextualize these findings, Kraus and Ming-Feng Hsueh, a medical instructor in the department of orthopedic surgery and the study’s lead author, went back millions of years to the evolution of a small lizard-like amphibian: the salamander. Salamanders are noteworthy in the animal kingdom due to their ability to completely regenerate lost limbs—an ability that is shared by only a few other animals, such as zebrafish.

A study found that salamanders, zebrafish and another limb-regenerating type of freshwater fish—all of which were separated by millions of years of evolution—had essentially the same mechanisms for joint repair. 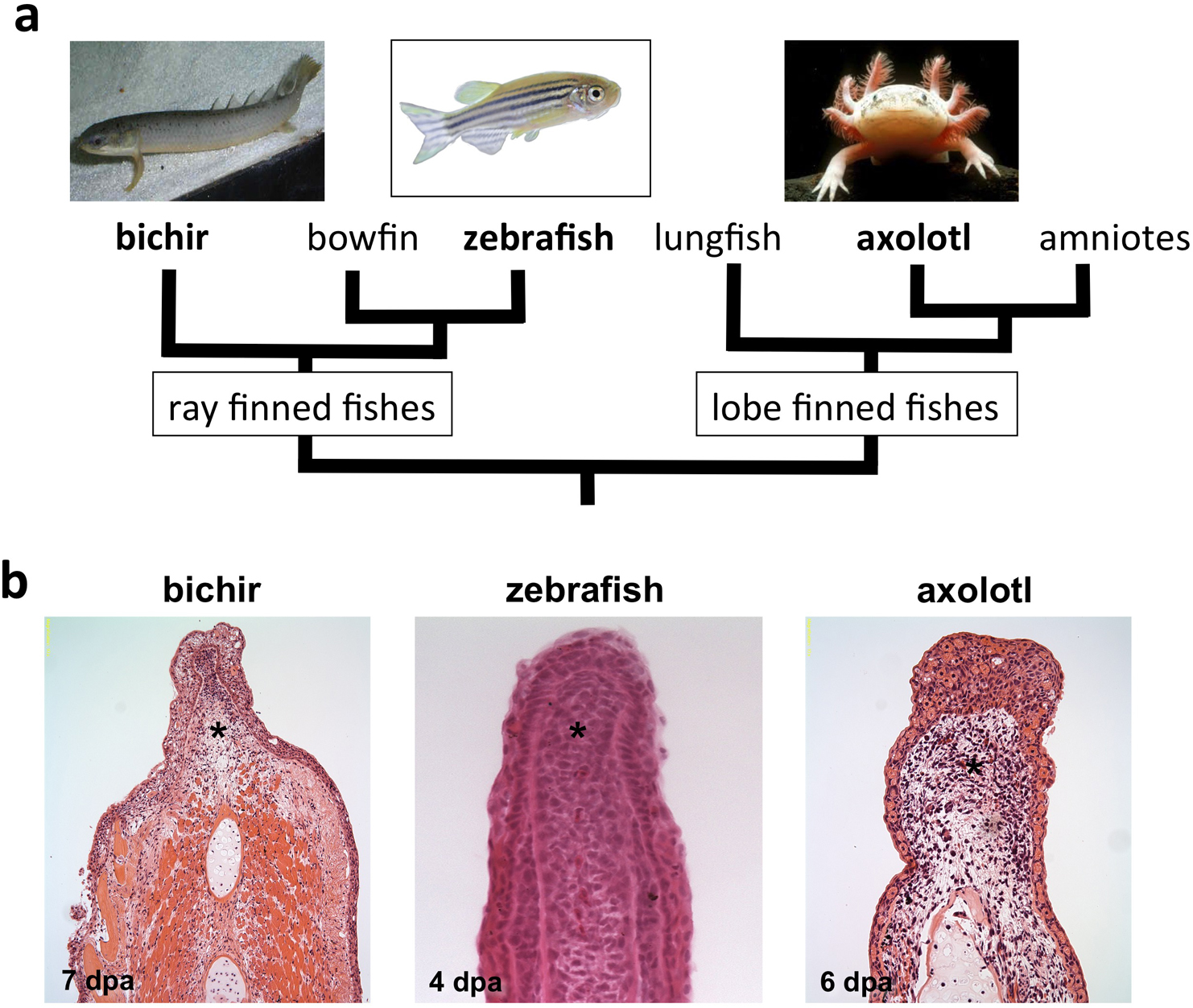 These mechanisms worked more effectively in repairing the parts of limbs that were closer to the torso compared to those that were farther away. This was a direct parallel to humans seemingly being able to repair cartilage in ankles much faster and more easily than in hips.

To Kraus and Hsueh, this signified that these regeneration mechanisms could be the same ones present in humans. This hypothesis was further bolstered by reports of children who could regenerate the distal parts of their fingertips. However, researchers don’t know why or how this ability is turned off.

“Limb regeneration is highly complex,” Kraus said. “Just looking back at [salamanders and zebrafish] with a fresh eye and trying to say, What is it about that process that we either share or we don’t share? is how maybe we might be able to gain insights into what is lacking [in humans].”

In fact, they found that this innate regenerative capability likely does exist in people.

The factors that regulate the process of joint repair are known as microRNA. Hsueh explained that the answer to increasing repairability in joints afflicted by osteoarthritis is locating the microRNA that is in high abundance in ankles and increasing its level in other joints, such as the hip.

However, beyond increasing the amount of beneficial microRNA, Kraus and Hseuh also noted that it is necessary to identify and “turn off” bad microRNA, which may inhibit collagen production and thus aggravate osteoarthritis. Just like every other system in the body, joint repair is about balance.

This study may lead to new ways of treating osteoarthritis, which occurs when the cartilage at the ends of bones wears down. It can cause severe joint pain, swelling and stiffness, and currently affects an estimated 27 million Americans as of 2018.

Kraus said that unlike rheumatoid arthritis, which has treatments to prevent the disease as well as put it into remission, there are currently no existing effective treatments for osteoarthritis.

“We know that 50% of people who get an anterior cruciate ligament tear will get osteoarthritis at a young age. So any time I watch the Duke basketball team and somebody goes down, I’m like… this is terrible,” Kraus said. “They have a one in two chance of developing osteoarthritis in just a few years.”

Kraus and Hsueh’s short-term goal is to help boost cartilage repair in patients with osteoarthritis, sports injuries and amputated limbs. In the long term, they hope to eradicate osteoarthritis entirely.

“I think [in 50 years] we’ll be in an enviable position in the way rheumatoid arthritis is thought of now,” Kraus said. “I think there’ll be early identification, we’ll have really robust treatments, [and] joint replacements will be rare. I think we’ll treat joint injuries very seriously the way heart attacks are treated—immediately, with something really effective.”

The researchers said funding is the biggest problem going forward. Most of the support for the study came from the National Institutes of Health, but according to Hsueh, who has been working on the study since he was a graduate student, obtaining grants is constantly an uphill battle.

Kraus and Hsueh believe there is much work that can be done outside the field of rheumatology and orthopedics to contribute to these advancements, including collaborating with developmental scientists, experts in salamanders and specialists in regenerative medicine.

“By putting the right brains together so that there’s more crosstalk, that would really facilitate the advancements,” Kraus said. “That’s the future.”