My Own Blood chronicles the bureaucratic nightmares associated with a life spent depending on a medical system in an Alberta that Bristowe argues has been rendered threadbare by years of Conservative rule. 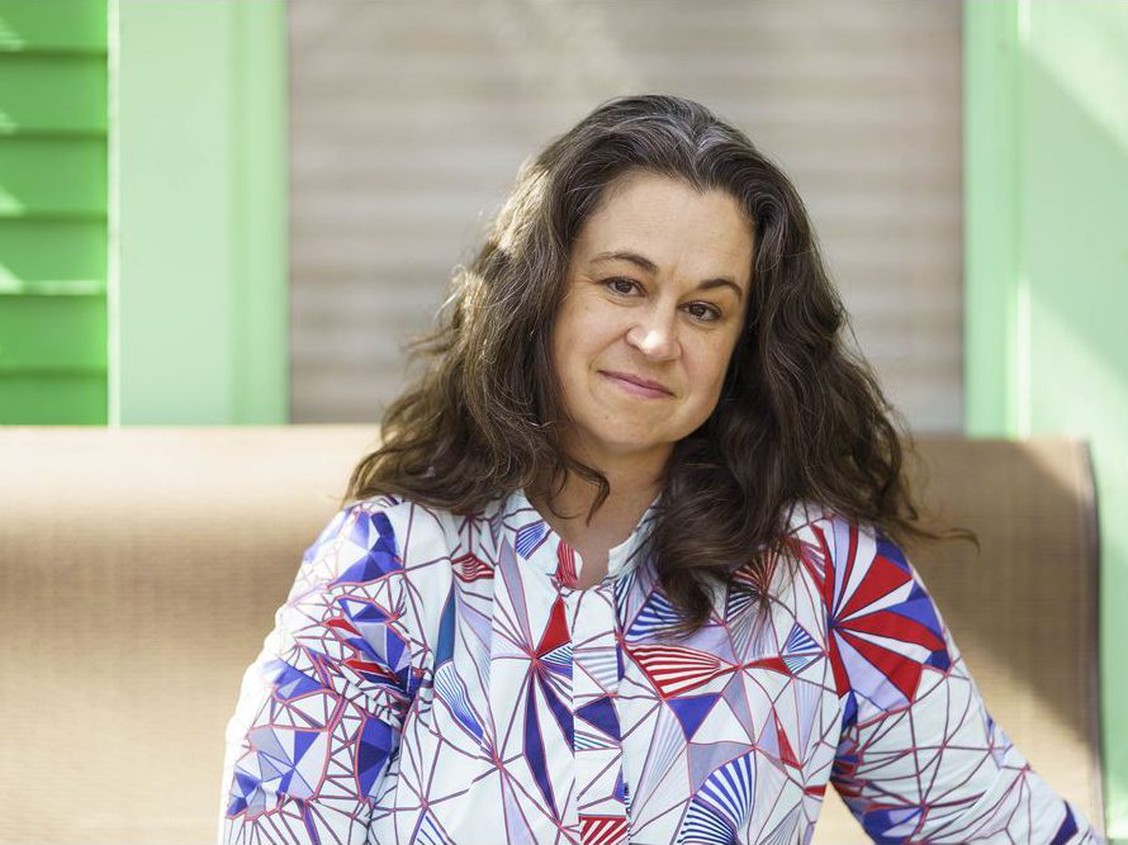 When Ashley Bristowe’s son was three, she decided she needed to find a new way to cope with all the worries she had about him.

She would parcel her worries into more manageable, singular chunks and allot them their own time. If fretting about Alexander’s schooling, for instance, wasn’t in the books for that day, week or month, she would force it out of her mind.

“I couldn’t keep my thoughts straight, there was so much I was worried about,” says Bristowe, in an interview from her Calgary home. “I couldn’t even wipe the counter because I was so paralyzed by all of the …everything. I remember when Alexander was five, somebody said, ”Where is Alexander going to go to school?’ I was like, ‘I scheduled that for December. Don’t talk to me about that. I can’t think about that right now.”

Seven months after he was born, the now 11-year-old Alexander was diagnosed with a genetic disorder so new and rare that it didn’t have a name at the time and has only recently been labelled Kleefstra syndrome. How rare? Fewer than 75 people in the world have been diagnosed with it.

Bristowe and her husband, author and journalist Chris Turner, were told that their child would never walk or speak. It was obviously life-altering for the Calgary couple. But in her new memoir, My Own Blood, Bristowe chronicles the overwhelming impact the years as Alexander’s caregiver and advocate have had on her and she spent more than a decade endlessly untangling a new reality of research, worry, scheduling, medical bureaucracy, financial ruin, depression, anxiety, isolation and widespread societal indifference. It had a devastating toll on her life and identity. She and her husband were workaholics. She was a radio producer, development planner and editorial photographer and had her professional life mapped out. She vanished into her new role. Written over eight years, the book chronicles the personal toll but also explodes the myth of Canada as a caring place that protects its vulnerable and offers meaningful support for caregivers of special-needs children.

“It was a response to the pure fury that my life had been taken away from me,” says Bristowe, who will be in conversation with Sheila Heti for an online book launch presented by Wordfest on April 20. “The book is really about the fight that I took on to give him every opportunity to thrive and how everything in my world changed as a result. I was so angry at my own situation, this bear-trap of the rest of my life.”

The book can be uplifting, even funny. Bristowe’s fierce determination to not give up on her son and her deep dive into the weird, largely unstudied world of Kleefstra syndrome is admirable. Even better, Alexander has far exceeded the “criminally low” expectations many professionals had for him. But this is an angry book. Not long into a short introduction, Bristowe writes: “If you’re the sort who gets itchy when women swear or threaten casual violence for emphasis, parts of this story will make you uncomfortable.” As much as her husband, her physician father and Alexander’s older sibling Sloane are a part of the narrative, this is largely a mother’s story that is meant to give the reader some sense of the “societal bullsh-t mothers of special-needs kids put up with” when they have honest reactions to unreal situations and an uncaring system.

My Own Blood chronicles the bureaucratic nightmares associated with a life spent depending on a medical system in an Alberta that Bristowe argues has been rendered threadbare by years of Conservative rule. She tells stories of infuriatingly pointless appointments at the hospital with its $16 parking fees, high turnover in staff and overworked professionals, many of whom were ill-prepared or unresponsive to Bristowe’s questions and pleas for guidance. There is the dietician who shows up at a meeting with pages printed off of a website but little in the way of advice, eventually telling Bristowe ” …I really don’t have anything to suggest. It sounds like you’re doing fine.” There is the physiotherapist who double-books an appointment with Bristowe and Alexander at the same time as a hot-tub discussion group and, when pressed by increasingly pointed questions, finally says, “just keep doing what you’re doing.”

Appointments scheduled for half an hour would consist of overwhelmed workers sticking their head in the door for five minutes and jotting down quick notes and running to the next appointment. It reminded Bristowe of those check-box worksheets found in the restrooms of fast-food restaurants.

While My Own Blood is clearly a personal memoir, Bristowe says she also wanted to illustrate larger points that went beyond her family, this province and even this country. She wanted to chronicle the isolation felt by caregivers of special-needs children in general, to let other women know that they were not alone in this experience.

“It’s the isolation of society saying ‘well, it’s your responsibility, you wanted kids’ and this cult of individualism that we seem to be stuck inside in Western society, compounded with that vulnerability of your child, the vulnerability of you having lost your social-support network, having lost your identity as a professional human being in the world, having lost the capacity to go to coffee dates with other moms who have these smiling babies and your kid is slack-necked and looking off in the wrong direction and not talking and then people start to say, ‘Oh, well, maybe she doesn’t want to come. She seems to have a lot on her plate.’ That emotional and financial strain limits your access as a parent to resources and makes it hard to improve your situation.”

The emotional and psychological strain was severe. But that wasn’t the whole of it. My Own Blood was initially scheduled to come out in early 2020. But in late 2018, Bristowe began suffering from blackouts. Decades earlier, in 1991, as a teenager, she received radiation as treatment for Hodgkin’s lymphoma. While working on her final draft of the book in early 2019, she was diagnosed with kidney cancer and heart failure. She lost a kidney and had a pacemaker installed.

“I got the book in on time, but they said, ‘Maybe we should just slow down this production schedule so you can not die before the book comes out,’” she says.

As for Alexander, he has become a walking testament to his mother’s unwavering refusal to sell him short. Yes, he walks and he talks. He likes ceiling fans and Bjork and keeps a travel journal.

“My child reads, he swims in the ocean independently,” Bristowe says. “He can jump on a trampoline and do bum-drops. He can talk about fans and Bjork. We take him to the river almost every single day and he throws rocks under the underpass. My son is so capable and the force of will it took to get him here didn’t have to be the force of will to get him here. I didn’t have to be the sacrifice. Yes, families will always be responsible for their children. But everybody has heard that phrase ‘It takes a village to raise a child.’ In Alberta, we are not acting like a village. In Western society, we are not championing the idea of love thy neighbour.”

A new wearable brain scanner
More help needed for kids with disabilities who age out of care system, pa...
Gore (the Gore-Tex company) thinks it holds the key to on-skin wearables
Digital toolkit aims to prevent falls amongst the elderly
Is joint replacement surgery necessary?
Grip aid for daily living with special needs