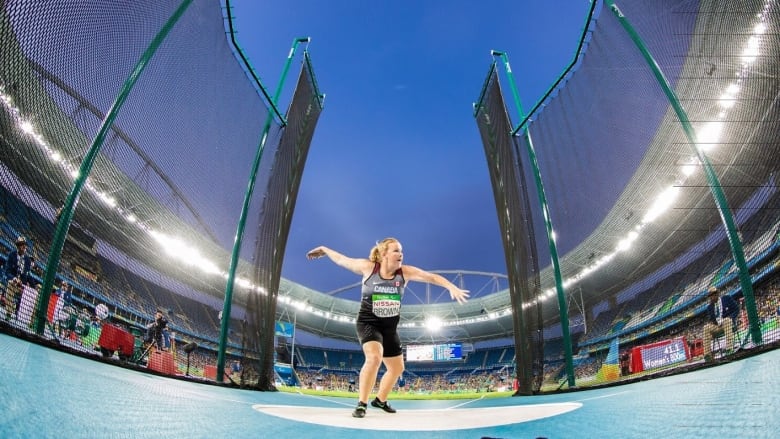 Jennifer Brown competes in the women’s F38 discus final at the Olympic Stadium during the Rio 2016 Paralympic Games. She heads to Tokyo for the 2020 games this weekend. Dave Holland, Canadian Sport Institute Calgary

The 2020 Tokyo Olympics are over, but Paralympic discus throwers Sarah Mickey and Jennifer Brown are just gearing up for competition time.

Mickey, from Redcliff, Alberta, will compete in her first Paralympic games and Brown, from Calgary, is returning for her second.

For first-timer Mickey, competing during a pandemic isn’t dampening her excitement.

“It’s incredibly exciting… I don’t really have anything else to compare it to, ” she said on The Homestretch.

A former competitive figure skater, Mickey contracted Lyme disease in 2013, and following that was diagnosed with transverse myelitis, which left her paralyzed from the waist down. 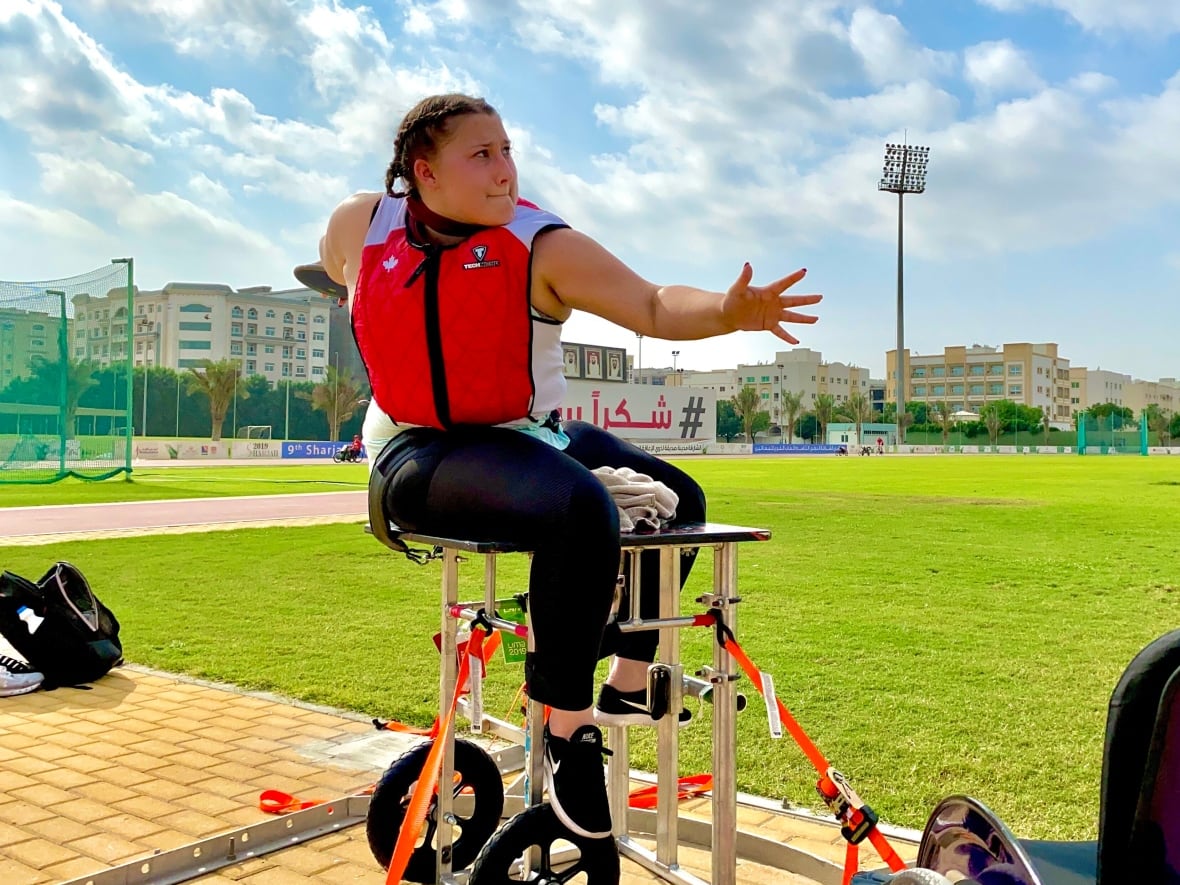 Sarah Mickey throws discus from a seated position, which she says makes it trickier as you have to perfect a more static throw over relying on momentum. Photo by Nathan Garrison

She throws discus from a seated position, which she says makes it trickier as you have to perfect a more static throw, versus relying on momentum.

Mickey got back into sports in 2015 after her high school paired with the Alberta Schools’ Athletics Association to integrate para-events into their school provincials.

She describes it as an enormous and difficult transition, during which she tried out sledge hockey — also known as para hockey — but she eventually switched to throwing and found her niche.

“It really felt like I became me again. And it helped a lot with my mental health and it definitely helped with my physical health.

Brown, who took first place in discus in the 2019 Parapan American games, is aiming for her usual in Tokyo: a personal best. 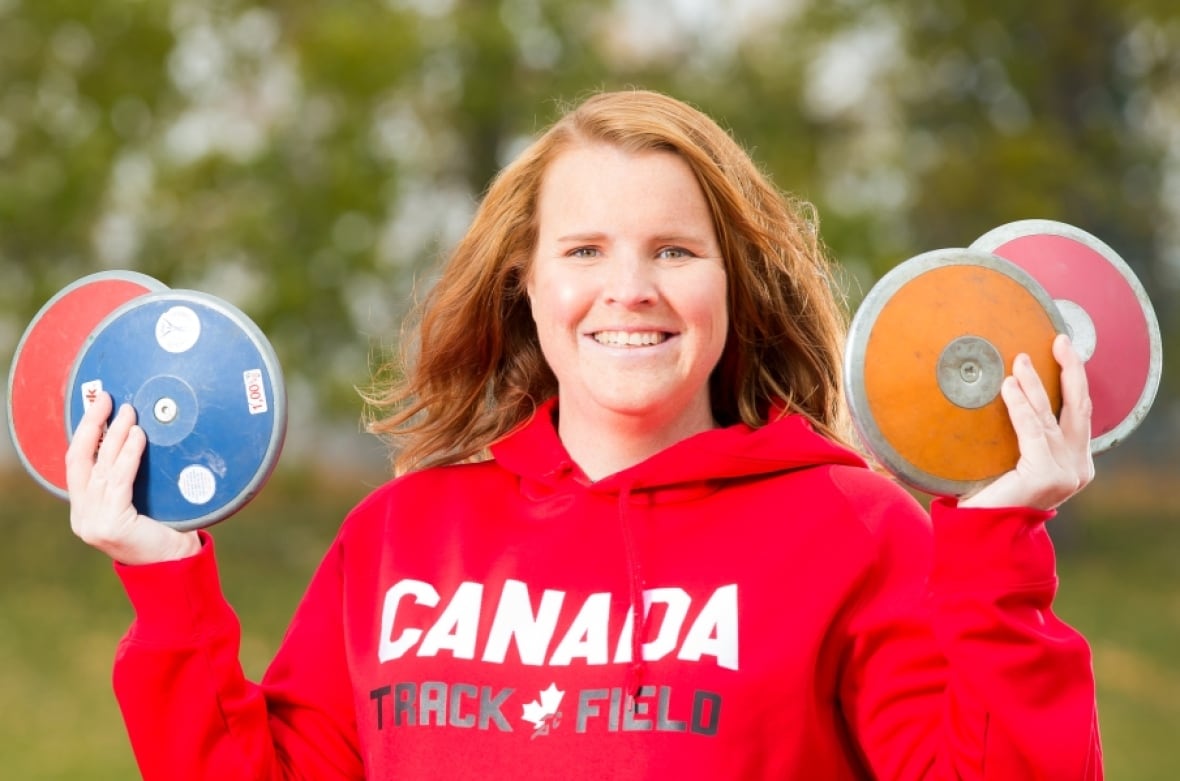 Brown is headed to Japan for her second Paralympic Games. She took first in the F38 discus competition in the 2019 Parapan American games. Dave Holland, Canadian Sport Institute Calgary

“If I can get a personal best at the biggest meet of my career… that’s always what we’re striving for.”

Brown was diagnosed with Multiple Sclerosis in 2006, at the time her left leg had stopped working for her and her right leg “was probably at about 50 per cent capacity.”

At first, she said her focus was just “getting back to life.” But watching other Paralympians compete in London, England, led her to wonder if she could do it.

Now, 15 years past her diagnosis, she says her strength and mobility have greatly improved though her left side still impacts her performance.

“[Sport has] been a positive impact beyond what I could ever explain in my life,” says Brown, who competes while standing.

“For me, it really has a lot to do with coordination, steadiness and timing.”

Both athletes leave for Japan this weekend. Once on the ground, they’ll go through several COVID-19 tests and security checks, then catch a bus to Gifu in central Japan for pre-camp training.

The Gifu Nagaragawa Stadium where they will be preparing is familiar to Brown, who has competed there before.

“[I’m] really, really, really excited. I think all the performances from the Olympic team just really motivate us and jazz us up and inspire us,” said Brown.

Judge rejects attempt by doctor with no computer skills to regain license
What you need to know about COVID-19 in Alberta – May 2020 Archive
Online intervention reduces knee pain, improves mobility
You forget how tall you are: Paralyzed Humboldt Bronco able to stand durin...
Effects on gait by varying stiffness of ankle foot orthoses for children w...
Alberta doctors highest paid in Canada