Albertans can give the adapted sport a shot during six-week sessions. 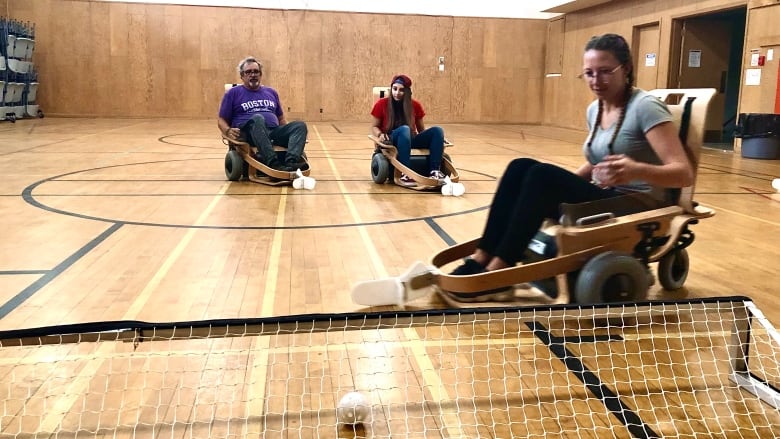 Volt hockey is a type of floor hockey geared towards young players with mobility difficulties, such as muscular dystrophy and cerebral palsy. The coaches at the children’s charity Variety Alberta tested the new chairs last week at the Kirk United Church Centre in Edmonton. Liam Harrap CBC Edmonton

Alberta will soon be one of the few places in Canada that will offer volt hockey, an adapted form of floor hockey that uses a special motorized wheelchair to allow young people with mobility difficulties to scoot and score.

“It’s an amazing opportunity because Volt is so different from most adapted sports,” said J’ Ramsankar, coach of the soon-to-be Volt hockey team.

The specialized wheelchair has a paddle on the front, which acts similar to a hockey stick. The chair is controlled by a joystick, can reach speeds up to 16 km/hr and turn 360 degrees on a dime.

“Volt is like if indoor soccer and hockey and basketball had a weird baby together because it’s a little bit of everything,” said Ramsankar.

It’s a non-contact sport, played with three on three or four on four players, plus a goalkeeper. The chair makes the game perfect for players with upper-body mobility difficulties, such as muscular dystrophy and cerebral palsy. 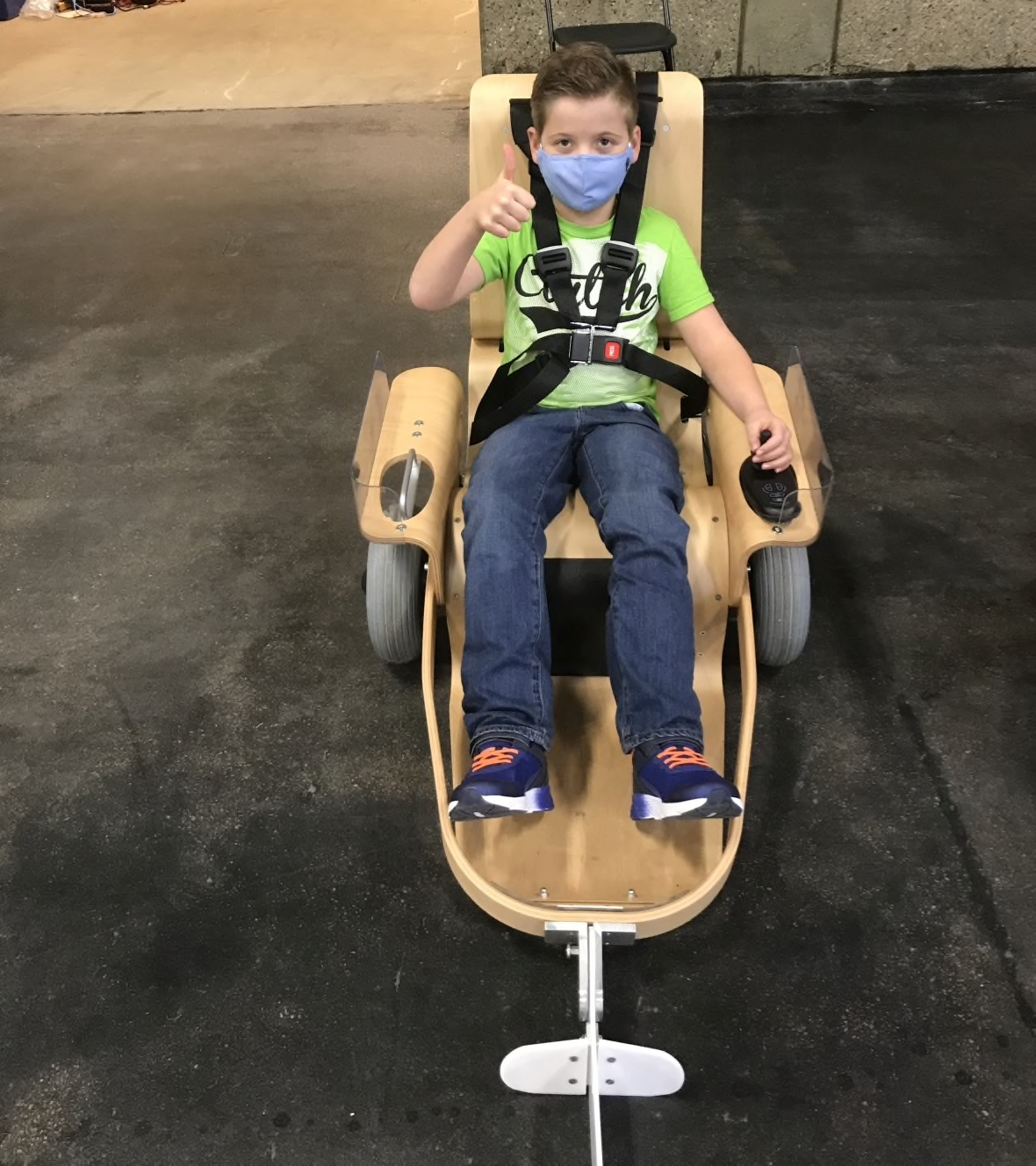 Troy Pardely, 8, recently tested tried the sport and is excited to play volt hockey this fall. Supplied by Charlotte Pardely

There are already programs that run in Ontario but this is the first in Alberta. Some Edmontonians got to test the chairs during a recent trial day.

“I like that they made something that kids with disabilities can actually have a lot of fun playing,” said eight-year-old Troy Pardely.

He has already signed up for the upcoming season.

Pardely has Charcot-Marie-Tooth disease, where the muscles and nerves in his legs and arms die with age and he needs to use a wheelchair. His mother said as exercise and activities can slow the disease’s progression.

“We’ve got nothing but rave reviews because a lot of these kids, they don’t get to play like most of us. We can go outside, kick a ball around, get on the outdoor rink, and it’s like nothing. But for them, never has something been offered like this before,” said Ramsankar.

Tomorrow our friends at Volt Hockey welcome you to explore accessible options for hockey. Email j.ramsankar@varietyclub.ca for the details & to book a spot! #WeAllPlayHere pic.twitter.com/mEtMhJSMg6

The chairs cost up to $10,000 each and are custom-made by a Danish company.

The children’s charity Variety Alberta plans to run six-week sessions for $150, starting this fall in Calgary and Edmonton and plans to expand to Fort McMurray by winter. Funding is available for people for whom cost is a barrier.

Everyone over age six is welcome, said Ramsankar.

“You don’t have to be a person living with a disability to play. You can bring your friends. You could bring your considered able-bodied brother or sister or best friend, and you can play together in a sport where everyone is on the same playing field.”

The chairs would even be fun for team bonding events, said Ramsankar.

Ramsankar said Variety Alberta is also looking for volunteers to help with the sport.

Will there be enough public health workers when baby boomers retire?
3D-printed baby helmets changing lives
The end of public health in Ontario
How do I apply and tighten my child's brace?
Health benefits: Coverage, access and service
The rest of the story - helmet treatment