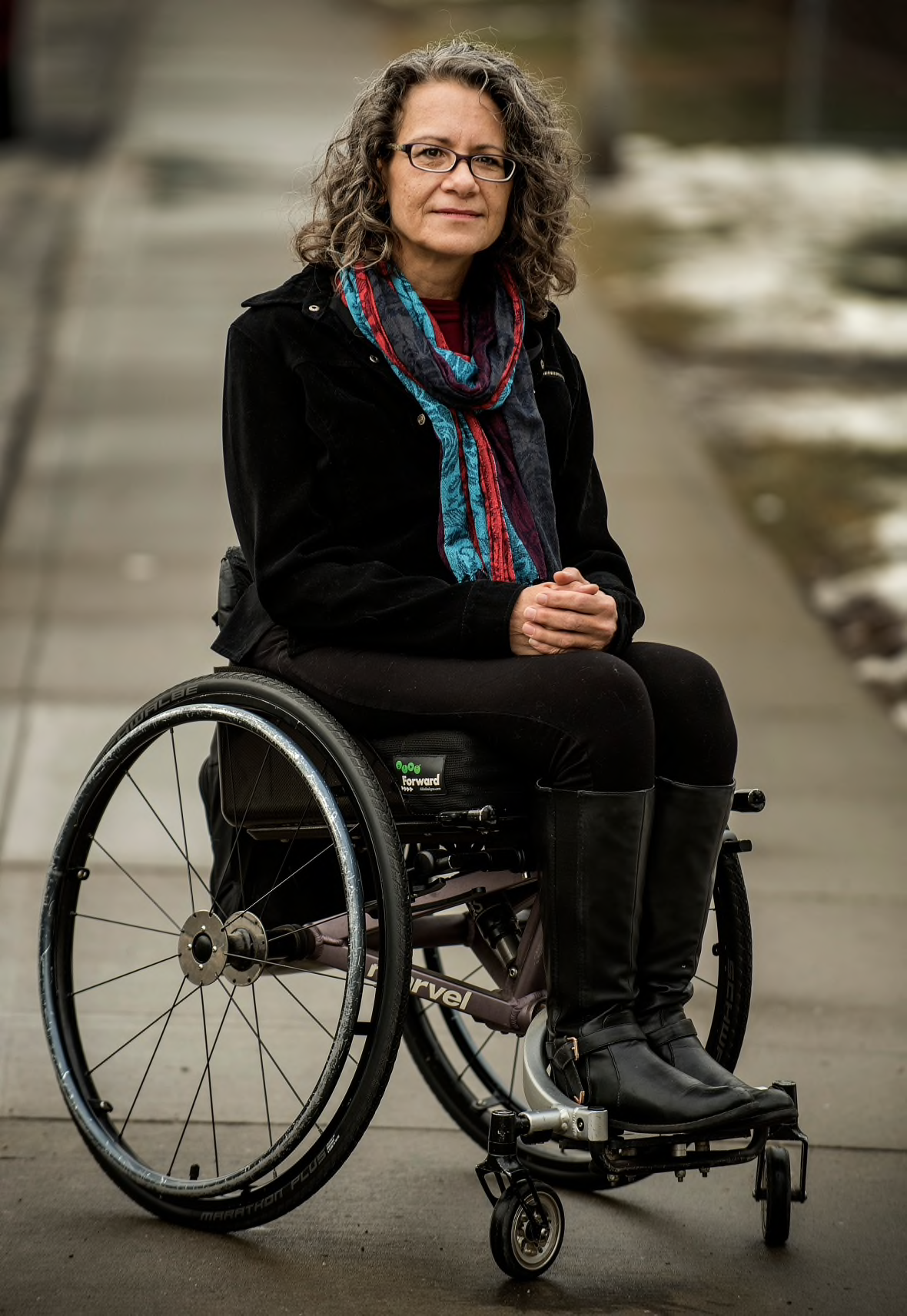 Roxanne Ulanicki is the lead facilitator of the Radical Inclusion report that was submitted to the United Nations on Tuesday. Submitted by Roxanne Ulanicki

A new report highlighting the continued challenges faced by Albertans living with disabilities to pursue careers and find employment is calling on the government to do more.

The report — compiled by a team of 13 advocates known as Radical Inclusion, and presented this week to the United Nations Committee on the Rights of Persons with Disabilities — calls for a provincial review of employment standards and practices for both employers and disability employment agencies.

It also points out the lack of accessible housing in the province and calls on the government to include people with disabilities when deciding their rights and supports.

Roxanne Ulanicki, lead facilitator for the report, told CBC Edmonton AM on Wednesday that people with disabilities are still seen and treated like charity cases.

“It’s often said that, you know, our needs cost a lot of money, but we could help the government save a lot of money if we were just consulted meaningfully in the decision-making process,” Ulanicki said.

She said people with disabilities have to be creative in how they deal with problems and can bring that insight to help governments create the right programs and solutions for them.

She pointed to AISH — Assured Income for the Severely Handicapped — as an example of how people with disabilities continue to live in crisis.

AISH provides individuals with a maximum monthly living allowance of $1,685, which Ulanicki said is below the cost of living.

“Although it allows people with disabilities to survive in Alberta, it definitely does not give people the opportunity to thrive,” she said.

The group’s report points out that if AISH was a regular full-time job, the hourly rate would be $9.72, while the minimum wage in Alberta is $15 per hour.

Ulanicki also mentioned the tedious paperwork that people have to file in order to qualify for AISH.

“We kind of joke in the community about how you need a PhD in paperwork,” she said.

The process of trying to prove the fact that they need help makes many disabled people feel ashamed and like a burden on society, she said.

She said some aspects of the report were inspired by her own experiences.

During her travels for the 1988 Paralympics in Seoul, South Korea — where she played wheelchair basketball — she learned about the different ways people in other parts of the world treated people with disabilities compared to Canada.

She cited a 2019 report from the United Nations that gave Canada a failing grade for how it treats people with disabilities.

She hopes the new report will encourage the provincial government to treat individuals with disabilities with more respect and engage them in policy-making.

CBC News sought comment from Alberta Community and Social Services, but had not heard back as of Friday.

Radical Inclusion, the group behind the report, was facilitated by the John Humphrey Centre for Peace and Human Rights. Funding support came from the Edmonton Community Foundation.