A 3D printed orthosis capable of counteracting the negative effects of hypertonia in children with cerebral palsy has won a national James Dyson Award. 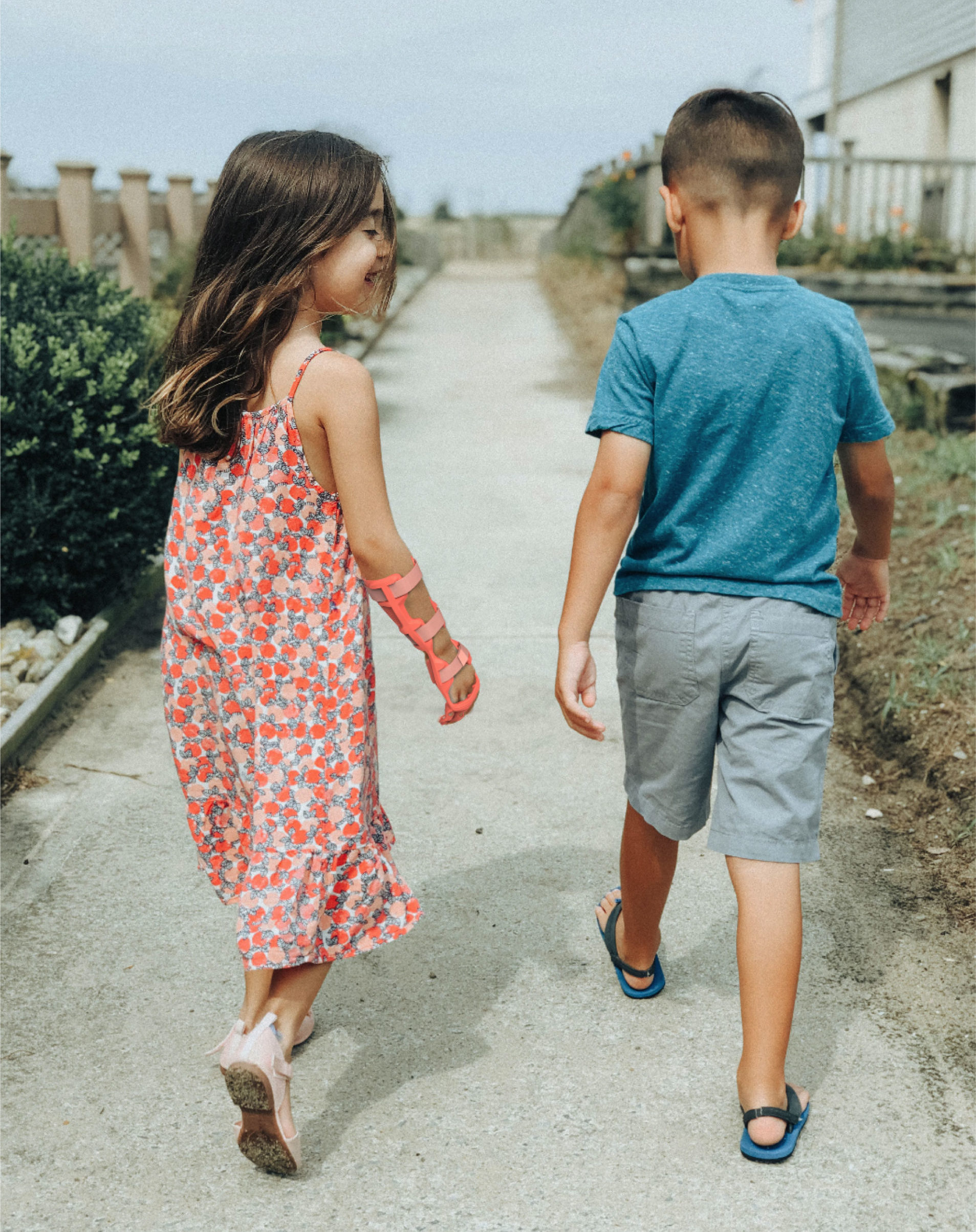 Developed by University of Antwerp student Mano Balliu, ManiFlex is a dynamic orthosis that can be completely custom-made in TPU using Multi Jet Fusion (MJF) 3D printing technology. The orthosis is designed to overcome the many limitations of traditional orthoses regarding the level of customization and material properties, with a specific focus on addressing spasticity in the upper limb of children with cerebral palsy.

While the printing process requires further development in the future, ManiFlex’s potential has been recognized by the James Dyson Awards, having been awarded a Belgium national award for its first application.

Within the orthopedic sector, many traditional methods are used for the production of custom orthopedic products, however companies are increasingly looking to leverage the benefits of additive manufacturing for their production techniques. As such, many firms have used 3D printing to produce orthotics in order to shorten the manufacturing times for these devices and to improve customization and accuracy.

In the past, 3D printed orthotics have helped a teenage swimmer to recover after suffering a stroke and partial paralysis, and prevented life-threatening foot ulcers in diabetics. Researchers from the University of Freiburg and the University of Stuttgart have also made a recent breakthrough in this area, having developed a novel method of 4D printing wearable medical devices, such as orthotic splints, that self-adjust to the anatomy of the patient.

3D printed orthotics have been recognized by various awards in the past, with Andiamo, a UK-based medtech company specializing in 3D printed orthotics, being crowned London’s most innovative tech company in 2019, and HKK Bionics’ bionic hand orthotic, the Exomotion Hand One, awarded second place in the Formnext 2020 Purmundus Challenge.

A common occurrence in cerebral palsy sufferers, hypertonia is a condition in which there is too much muscle tone so that arms or legs become stiff and difficult to move. Currently, two types of orthoses are prescribed for hypertonia in the upper limb of children with cerebral palsy, one of which is a static orthosis that blocks the spasticity forces, therefore trapping the patient and causing high tension, which in turn leads to pain. The second orthotic is partly dynamic, however relies on expensive patented hinges placed along the wrist.

Having identified that traditional orthoses that counteract hypertonia have various shortcomings, Balliu sought to design and prototype a new functional, customizable orthotic using 3D printing for the upper limbs of children with the condition.

ManiFlex is designed to be manufactured by an orthopedic technician, who can take a 3D scan of a patient’s arm and hand before uploading it into a 3D printing software platform. Here, the orthosis can be fully personalized according to the clinical data from the 3D scan and the patient’s wishes. The orthosis can then be 3D printed in TPU using a Fused Deposition Modeling (FDM) and MJF 3D printer.

Balliu chose TPU as the printing material for ManiFlex due to its unique mechanical property that allows it to be both flexible and rigid due to variations in wall thickness. Using TPU enables the traditional mechanical hinges on orthotics to be replaced with flex points, and also allows for specific resistance by adjusting their thickness. TPU is also porous, making it suitable for skin contact.

During the design process, Balliu began exploring MJF 3D printing with TPU and carried out extensive prototyping research into how TPU could replace or improve hinges, cushioning, support, limited movement, closures and padding within the orthosis. As a result of this research, Balliu realized he could design a dynamic orthosis to improve limited movement for patients.

He started with the iterative design of finger segments, the most crucial elements for the functionality of the hand, before moving onto the base of the orthosis, other joints in the hand such as the wrist, and the device’s closing mechanism. As a result, ManiFlex allows movement in all joints, with each individual joint receiving a specific resistance to allow the patient to perform functional tasks while accommodating the patient’s spasticity. 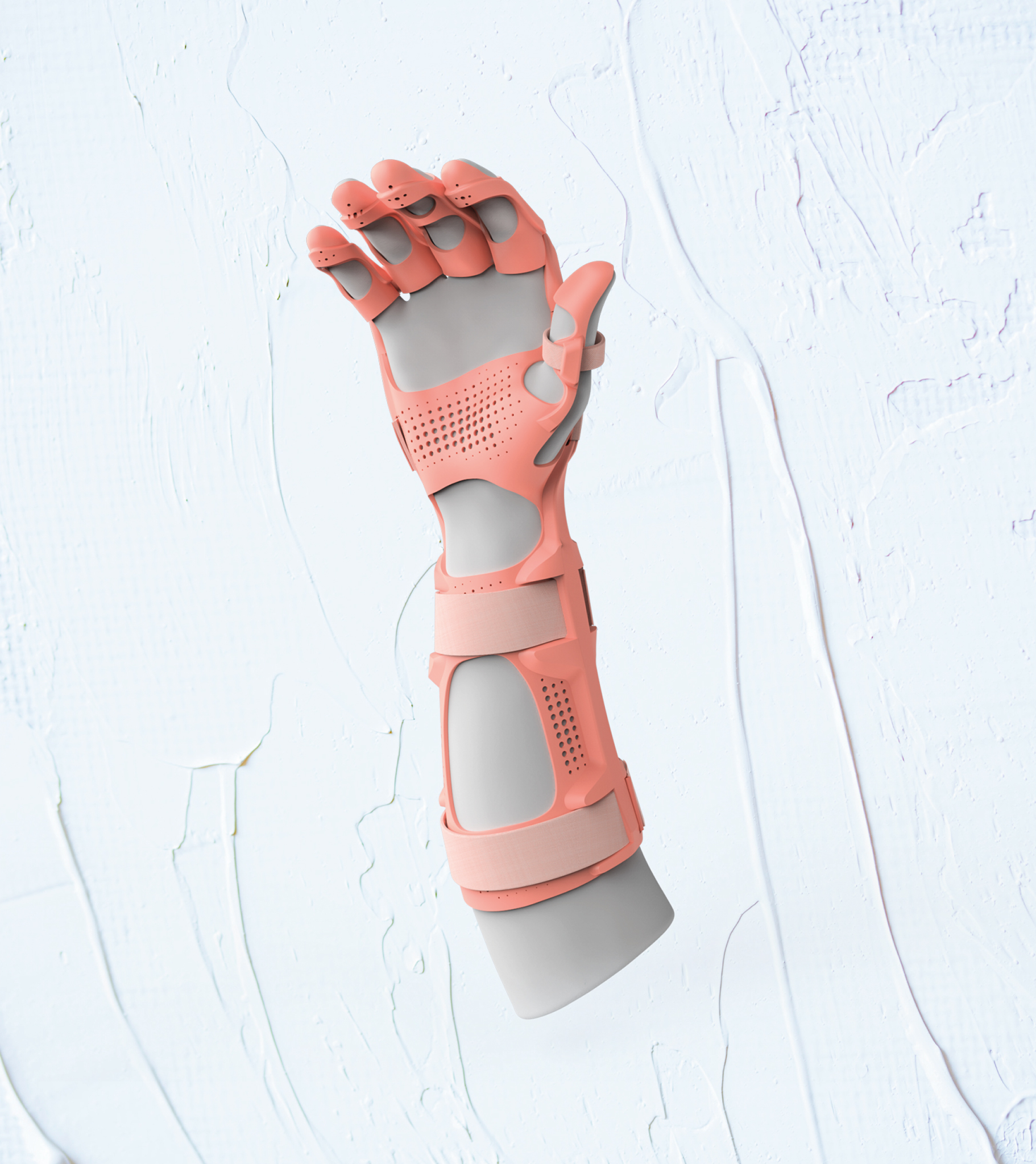 While the national James Dyson Award is a significant recognition of the orthotic’s potential, there are still further developments to be made regarding the printing process. Currently, the print direction must be taken into account and unexpected breakage often occurs, which Balliu says HP and Lubrizol are working to address.

Once this is ironed out, Balliu sees ManiFlex becoming a fully-fledged product that is both robust and durable. Although coloring the orthosis is not possible at the moment, there are future plans for this. Balliu also plans to replace the orthosis’ velcro straps with TPU once the material is fully developed.

Orthobroker, a start-up specializing in orthopedic orthoses and braces, will continue the development of ManiFlex led by R&D manager and PD alumnus Roel Vanstipthout and CEO Patrick Garmyn, alongside Jouke Verlinden from the Antwerp Design Factory who will assume the role of supervisor and expert. 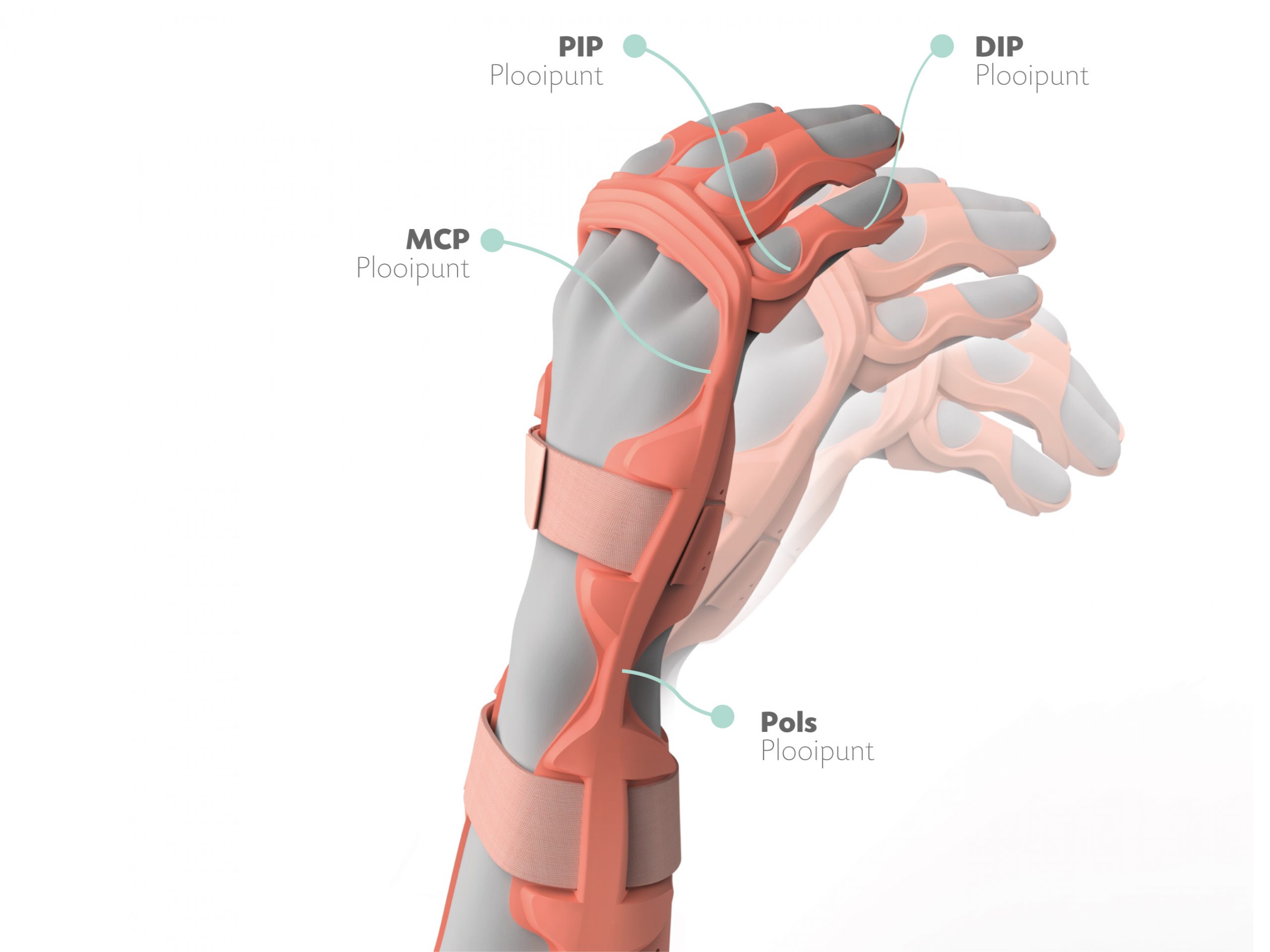 The James Dyson Award is an international design award that seeks to “celebrate, encourage and inspire” the next generation of design engineers. Several 3D printing-based projects have been recognized with a James Dyson Award in the past, including a 3D printed inexpensive upper-body exoskeleton called Titan Arm, a 3D printer capable of printing new skin for burn victims, and a pair of 3D printed biodegradable trainers.