Scientists at the UNC School of Medicine have reported in the journal JCI Insight encouraging early tests of a gene therapy strategy against Angelman syndrome, a neurodevelopmental disorder that features poor muscle control and balance, hard-to-treat epilepsy, and intellectual disabilities. 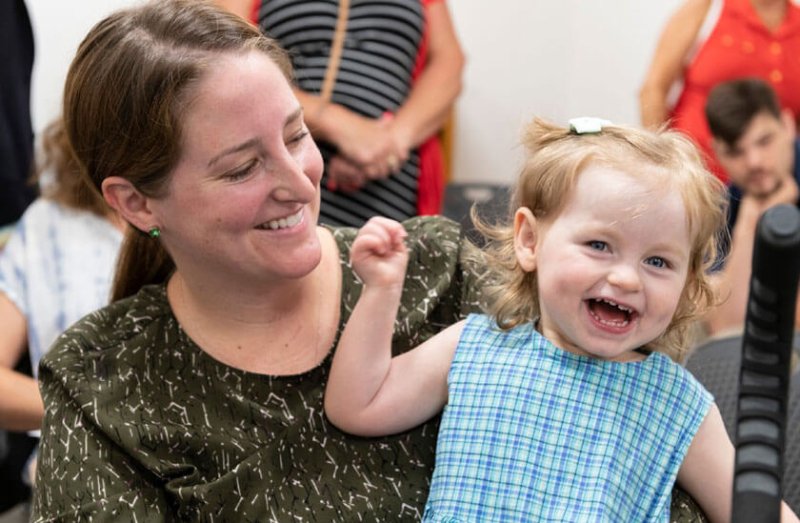 Angelman syndrome affects roughly one in every 20,000 children, and in the US alone it is thought that there are more than 15,000 people with the condition. There is no specific treatment, but scientists led by Ben Philpot PhD, Kenan Distinguished Professor of Cell Biology and Physiology at UNC School of Medicine and Associate Director of the UNC Neuroscience Center, previously suggested that the best way to treat the disorder would be to restore function of the UBE3A gene in neurons, which has been lost in the brains of people with Angelman syndrome.

The genetics of Angelman syndrome are more complicated than classic single-gene disorders such as cystic fibrosis and sickle-cell anemia. Humans inherit one maternal and one paternal copy of most genes. Angelman syndrome arises in children whose maternal UBE3A copy has somehow been mutated or deleted. For reasons that aren’t fully clear, mature neurons normally express only the maternal copy of UBE3A; the paternal copy is effectively silenced. Thus, when the maternal copy is lost, the gene’s function is absent in neurons. Because UBE3A encodes a protein that helps regulate the levels of other important proteins, its absence severely disrupts brain development.

Compounding the complexity, neurons express two different variants or “isoforms” of UBE3A that vary slightly in length – a short form and a long form – in a ratio of about three short forms for every one long form.

Led by Ben Philpot, PhD, and Matt Judson, PhD, the new therapy was generally well-tolerated and prevented key signs of the condition in animal models.

Philpot’s team was able to craft a version of UBE3A that, when expressed by neurons, yields short and long forms of the UBE3A protein at a near-normal ratio. The scientists inserted their therapeutic UBE3A gene into a virus-derived carrier, or “vector”, engineered for reliable delivery to neurons. They injected a solution of this vector into hollow spaces, called ventricles, in the brains of newborn Angelman syndrome model mice, which lack the maternal copy of the mouse Ube3a gene. Like humans with Angelman syndrome, these mice fail to express UBE3A protein in their neurons and develop motor deficits, seizures, and other neurological symptoms in the first months of life.

Philpot and colleagues verified that vector-borne UBE3A became active in neurons throughout the Angelman model mouse brain just days after injection, at a level similar to that of the normal gene. This treatment restored motor skill-learning and the essential mouse behaviors of digging, burrowing, and nest-building. Untreated mice developed the usual Angelman-like impairments. The treated mice also did not become as susceptible as their untreated counterparts to experimentally induced epileptic seizures, and importantly, did not suffer any obvious negative side effects.

“This was a proof-of-concept study, but if these early results were translated to the clinic, they would represent big improvements in the quality of life for individuals with Angelman syndrome,” said study lead author Matt Judson, PhD, a research associate in the Philpot Lab, who performed most of the experiments.

The researchers plan to further develop their strategy, first with more tests in mice and monkeys to optimize dose and delivery methods, and ultimately, pending promising safety results, human clinical trials. If such a therapy were available, the researchers expect it might be able to deliver benefits to individuals of any age, but perhaps with varying benefits.

“The range from birth to four years is probably ideal, but we think that whenever we can reinstate this gene’s function in the brain, we’re likely to see some improvements,” Philpot said.

Technology tackles healthcare corruption
Size matters - Alternatives to vertical integration
Despite a first-ever ‘Right-to-repair’ law, there’s no easy fix for wheelc...
The military provides health care to its members, but not their families
Rehabilitation and cerebral palsy
Mobility plays important role in development for toddlers with disabilitie...