The state is really doing a wonderful thing, doing that… You don’t understand how it really actually feels to feel brand new. This here is brand new. This is lovely. – David Slack, who is living in his own house with the help of enabling technology 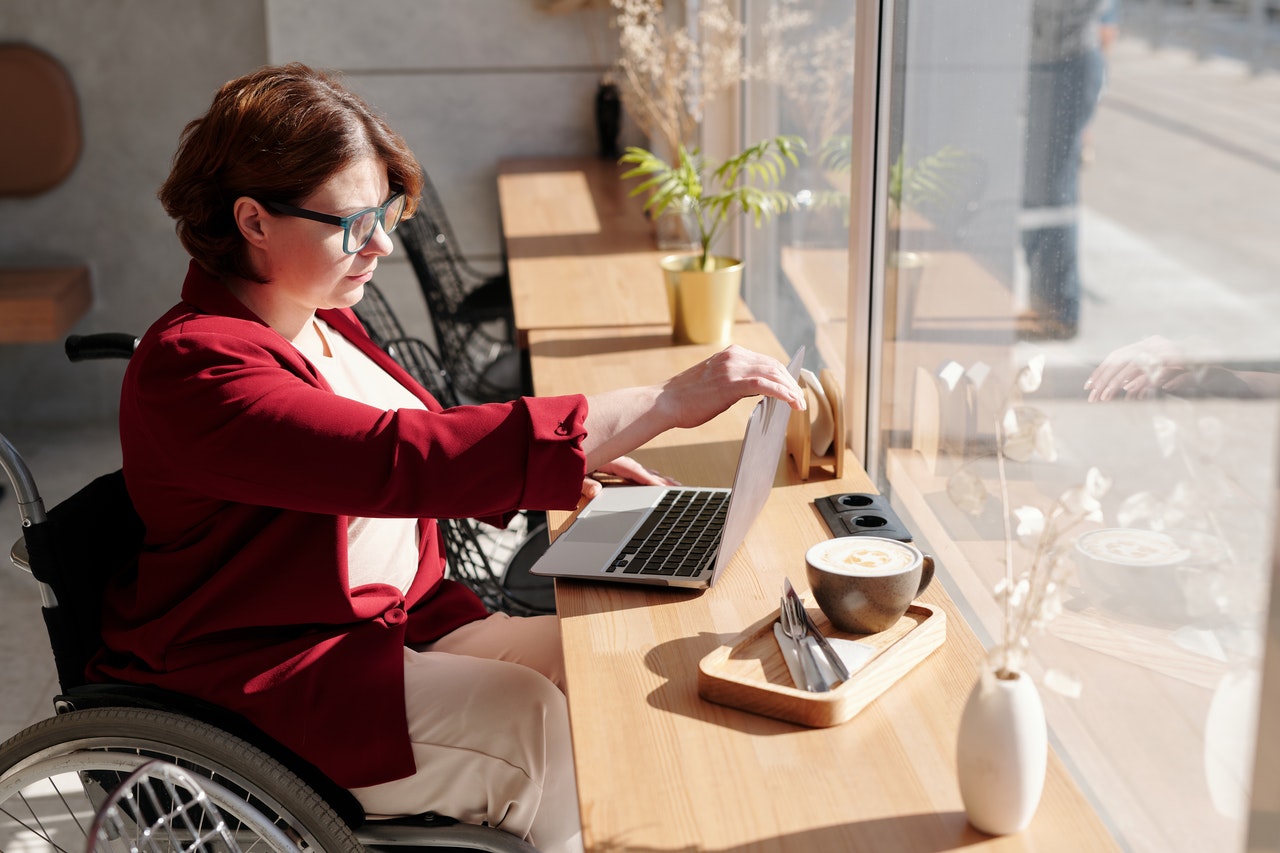 Photo by Marcus Aurelius from Pexels

Thanks to American Rescue Plan (ARP) funds, more Tennesseans with disabilities will hopefully be getting services they need, aimed at supporting them in their homes and communities. One state program, Enabling Technology, introduces gadgets to lessen dependence on in-home helpers.

In November, TennCare, Medicaid for low-income Tennesseans, and the state’s Department of Intellectual and Developmental Disabilities announced a historic investment of $400 million. It’s the largest single investment in home and community-based services in the state’s history.

$5.5 million of that is projected to go toward Enabling Technology. What began as a pilot program in 2017 can now grow from its 200 initial participants to more than 2,000. This money is opened up to CHOICES participants, a state program that’s meant to provide seniors and those with physical disabilities support at home. Notably, the money will also clear the 2,000-person waitlist for Employment and Community First CHOICES, which focuses on people with disabilities finding employment as a way to integrate into their community.

The program ethos to help those with disabilities live a more independent life and become less reliant on in-person help took on more meaning as the pandemic hit, and having helpers come in and out of the home became a risk. Two-way audio and video communication implemented by Enabling Technology lets caregivers check in remotely.

The program also introduces various smart home devices, like tablets that can control thermostats, lights, opening doors, and the like. Newer technology like the Eyedriveomatic lets someone drive their wheelchair just by moving their eyes. Voiceitt is another innovation that translates for people with nontraditional speech. Enabling Technology has also connected some with an app that helps the person navigate the transit system with verbal prompts. It’s all to help folks reach their goals, toward independent living and in some cases, employment.

For early adopters and roommates David Slack and Tony Harper moving out of their family homes initially meant moving to a facility with staff present 24/7. In 2018, they were some of the first to benefit from smart home features through the program, and moved into their own home in Lebanon, Tenn.

Now, the two friends now have a house manager who comes in for half of the day, just four days a week.

They have cameras outside the doors. Cooking is a big one of Harper’s hobbies, and they’ll be alerted if the stove is left on. An alarm rings out through the speakers in the house to say it’s time to take medications. An automated dispenser distributes the medicine. An emergency button is available, if needed.

“If somebody walks up to the house, we can look on our phones and see who it is. We can even ask, ‘what do you want?’ or ‘how can I help you?,’ whatever the case may be. If it’s staff we can let them in, but if we don’t know them we don’t have to answer the door or anything like that,” Slack says.

He’s quite impressed by the technology, the little robot that gives him his prescription each morning, though he jokes about being annoyed by the alarm that wakes him up for work. Having met goals of getting employment (both do custodial work) and living outside of a facility, the next goal is to take it one step further, and live alone, they both said.

Cara Kumari, spokesperson for the Tennessee Department of Intellectual and Developmental Disabilities, says the biggest barrier to success in the program is simply making people aware of the technology they could have, and getting them comfortable with using it. Another key, though, is having reliable internet access and phone service, which can be an issue in the more rural areas of Tennessee. It’s especially important there, where help may be further spread out and connectivity really has the power to give more access to resources.

“I would have said four years ago (a barrier is) changing people’s perceptions about whether a person can be supported (with technology). But now really the proof is there and now we’re talking about barriers that are a little bit more concrete in the sense of access to internet,” says Kumari.

Some form of technological assistance for those with disabilities has been offered since the late 90s, and part of Milton Neuenschwander’s job as director of Enabling Technology for the Department of Intellectual and Developmental Disabilities is to bring these services up to date. Next, they’re looking into VR as a way to introduce people with disabilities to new environments.

“We see Enabling Technology as kind of the complementary to our assistive technology service that has been around for quite some time. The biggest thing is, you know, that assisted technology service was developed in like 1998, so 20-some years ago. So with the new advancements in technology, we wanted to be able to incorporate those newer types of technologies that have really been made to help people with disabilities be more inclusive within their communities and do more things on their own” he says.

During the pilot process, Neuenschwander says he learned that when offering support to those with disabilities, the program often offered too much. He saw people feel more confident and empowered as they became less dependent on caregivers.

“We never really, completely understood how capable people were, and quite often we tried to provide them with too much direct support whenever they didn’t really need staff there 24/7. And then really, some of the individuals that we support, didn’t really want staff there 24/7,” he says. “So, through this using technology, we were able to find a more person-centered approach to providing the correct services and the frequency of services to our individuals, especially with the direct support.”

One of the goals of this big $400 million investment is strengthening the frontline workforce helping those with disabilities.

“It really helps in the long run, to serve more people, when we’re serving the people who can and want to be served by technology, with technology as opposed to having a person there. And therefore those direct care staff in-person resources can go to those who need those resources. So it is a piece of a much larger puzzle when it comes to dealing with work workforce shortages,” Kumari says.

To help people picture what Enabling Technology can offer in the way of smart home features, guests can visit one of the program’s model homes, in Nashville or Greenville.

When asked what advice he’d give to new people that will receive Enabling Technology thanks to this grant, Slack says.

“I’d tell them you’re going to be happy. The house is gonna let you know things. This is one of the best smart homes. The state is really doing a wonderful thing, doing that… You don’t understand how it really actually feels to feel brand new. It’s a big change for me and Tony. This here is brand new. This is lovely.”