Christian Bagg started Bowhead Corp. after breaking his back 26 years ago.

When Christian Bagg broke his back and became paralyzed from the waist down 26 years ago, he was worried he wouldn’t be able to continue doing the things he loved, like snowboarding, climbing and biking.

But with a background in machining, he figured, why not invent a solution? As an apprentice with the University of Calgary’s engineering department, he was able to set his ideas in motion.

More than two decades later, Bagg is back to gravel racing, cyclocross racing and riding mountain trails — all while using an adaptive bike he created.

“Necessity is the mother of invention,” Bagg said.

“We want the world of biking to be as vast for the adaptive crowd as it is for the able-bodied crowd.”

Bagg is the founder of Bowhead Corp., an adaptive off-road biking company based in Calgary that aims to give people with disabilities better access to the outdoors.

The company has sold bikes to people across the world, Bagg says, from Chile to Norway to Australia. The bikes were also just featured on a recent episode of the Amazing Race Canada. 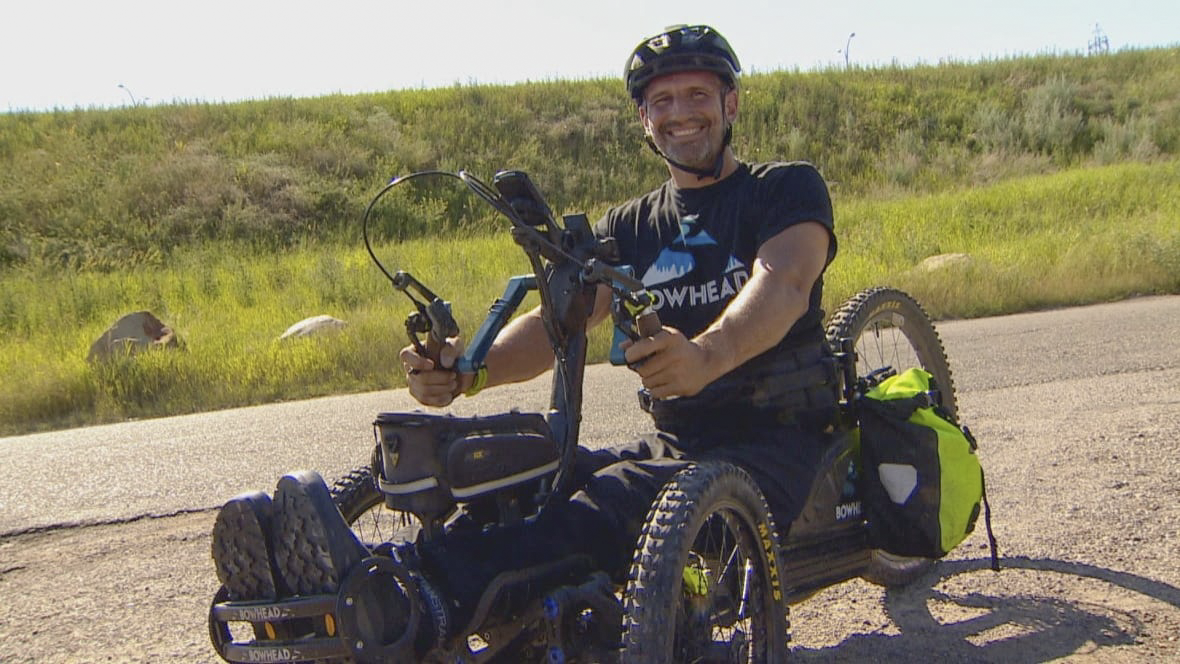 Other adaptive bikes do exist, but he found them either bulky or unable to manoeuvre over the uneven trails he wanted to explore. Wheelchairs didn’t work, either, as they’d tip over on unstable ground.

“We’re going through nature, over obstacles, side slopes, leaning into corners and really creating a three-wheel version of a two-wheel bike — and it really just fits seamlessly with the way a cyclist would ride.”

Originally, Bagg just wanted to be able to hike with his friends and family again. But then he met a young girl with cerebral palsy and saw her reaction to his invention.

“At that moment, that’s when it was like, OK, this has to be for everybody.” 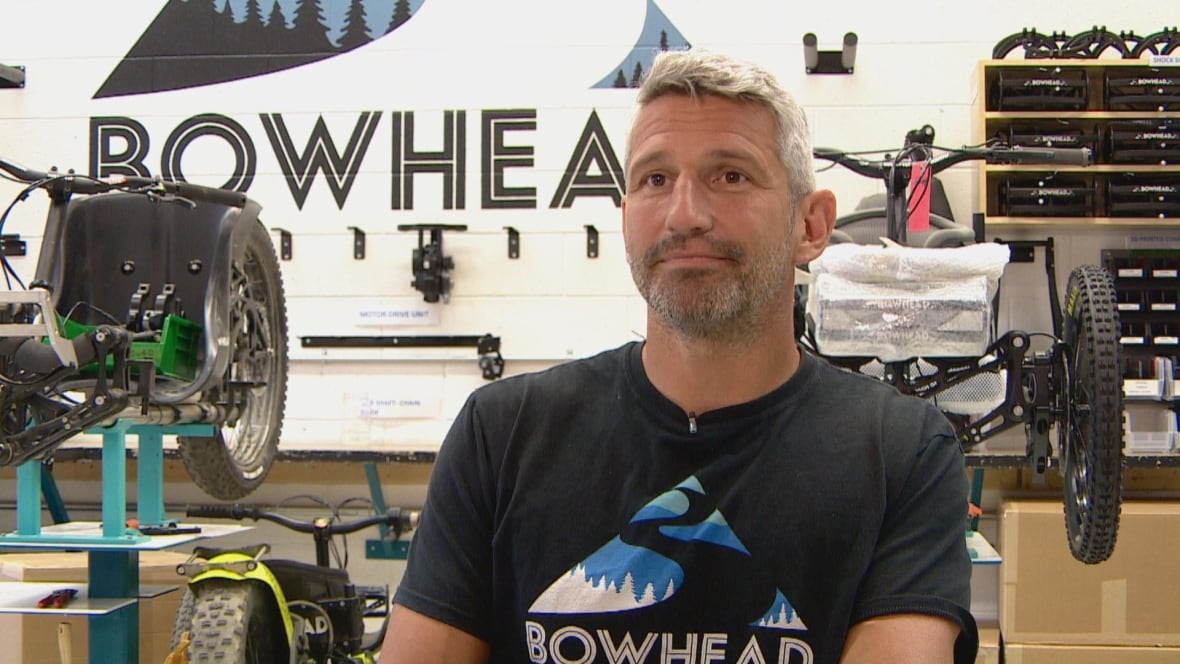 Baggs says they’ve created two bikes so far and a third will be released this fall. They’d also like to produce adaptive wheelchairs. David Mercer CBC

The company moved from the basement to an office space just two years ago. Its team has expanded to include engineers, content creators and athletes who’ve experienced injuries.

People are using the bikes to jump at bike parks, walk their dogs or compete alongside able-bodied athletes, Bagg says.

“Often with adaptive equipment, you’re limited by the equipment. But in this scenario, you’re really only limited by yourself as to what you can do.”

Bowhead Corp. has come out with two bike models so far with a third on the way.

One is an all-electric bike, which some quadriplegic bikers can use due to adapted handlebars. The other is operated by a hand crank, but it does have a motor for assistance. 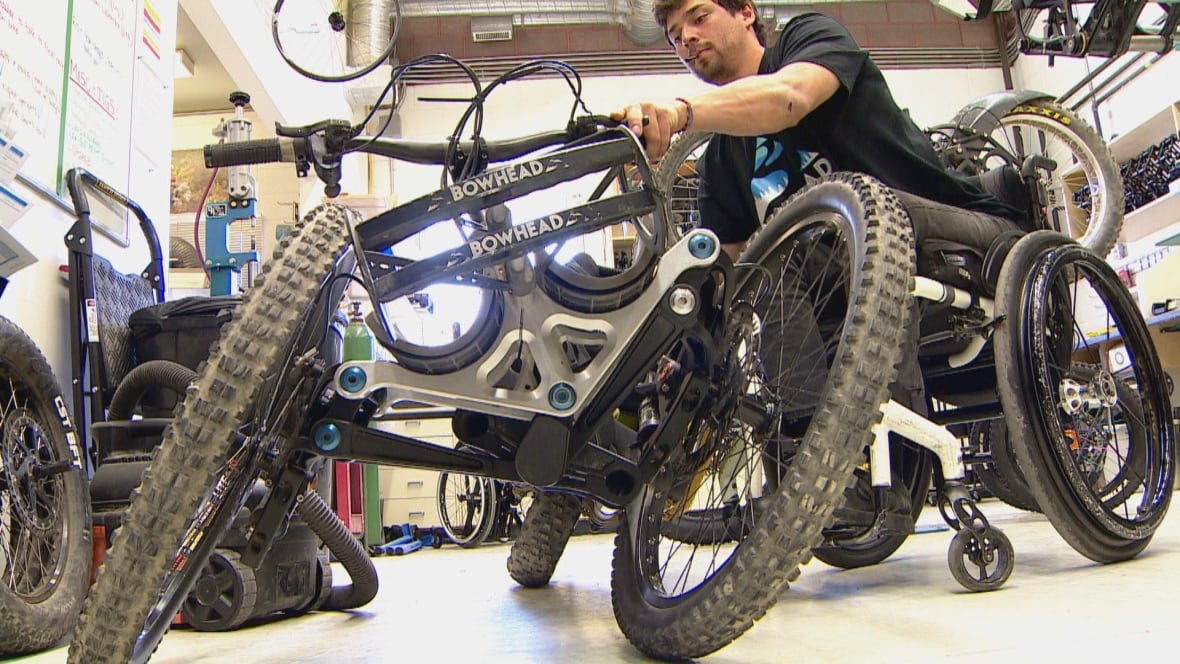 “We’re very unique in the world as far as our technology goes,” Bagg said.

Max Flowerday is an engineer-in-training with the team’s research and development department. To him, the bikes are great at simulating a more traditional mountain biking experience.

“What the articulating front does is it allows the rider to actually lean into the corner and ride in the same way that a non-adaptive bike would ride. So that’s super important,” he said.

“It’s not like you’re riding a shopping cart. You’re riding something that really provides this immersive experience.” 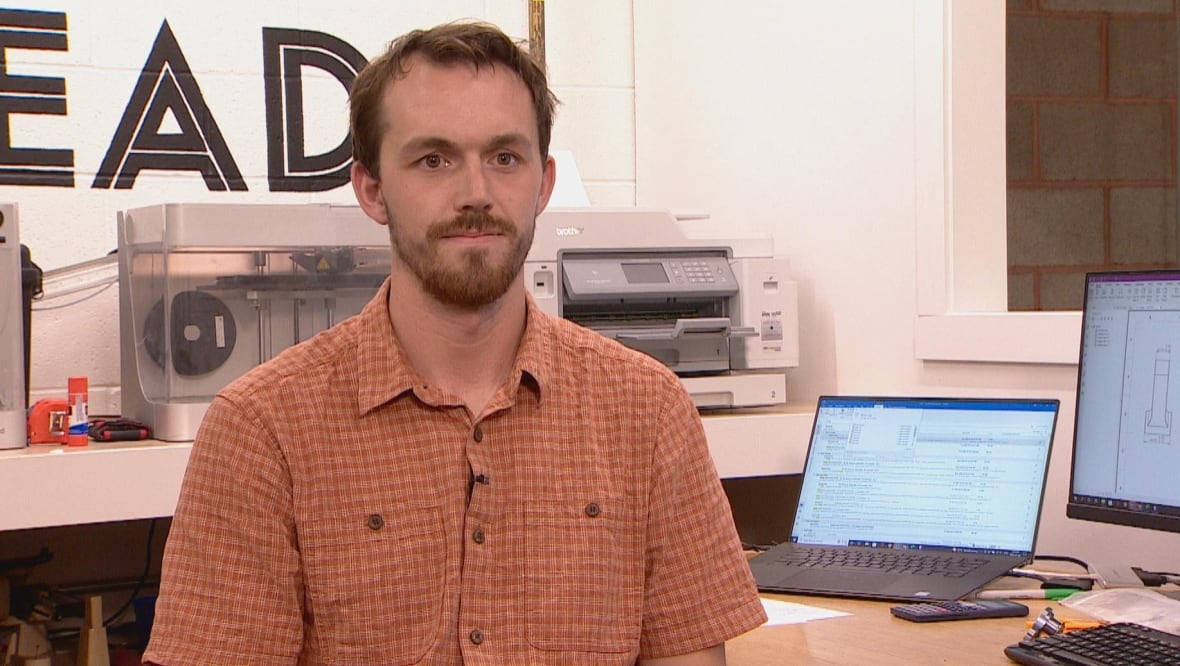 Max Flowerday says he always wanted to apply his engineering education to the sporting goods industry. When he found Bowhead, it was a perfect fit, he says. David Mercer CBC

It’s important for the designers to think through all the details closely. Flowerday says he came up with an idea to ensure the bike chain wouldn’t derail, since some of the company’s customers would find it difficult to troubleshoot that problem on the fly.

“Something we’re trying to focus on is making these bikes as reliable as possible.”

The designs are also evolving, and when a bike is improved, the new parts are compatible with older models. Bagg says he wanted customers to be able to swap out components to personalize their ride.

“I know what our customers can do now. I want to see what they can do in five years if we all put our brain power together at Bowhead and give them something amazing,” he said.

Gustavo Ortiz, a mountain bike racer from Chile, is back competing after discovering the company.

He was injured while visiting Whistler five years ago and says it was difficult to get excited about sports again. When he got onto one of Bowhead’s bikes, his passion was rekindled, he said.

“It’s just freedom for me. It’s like, I can get anywhere I want with no help,” he said. “I’m really stoked about it.”

He has already attended some competitions in Canada this summer and plans to continue working around the circuit. 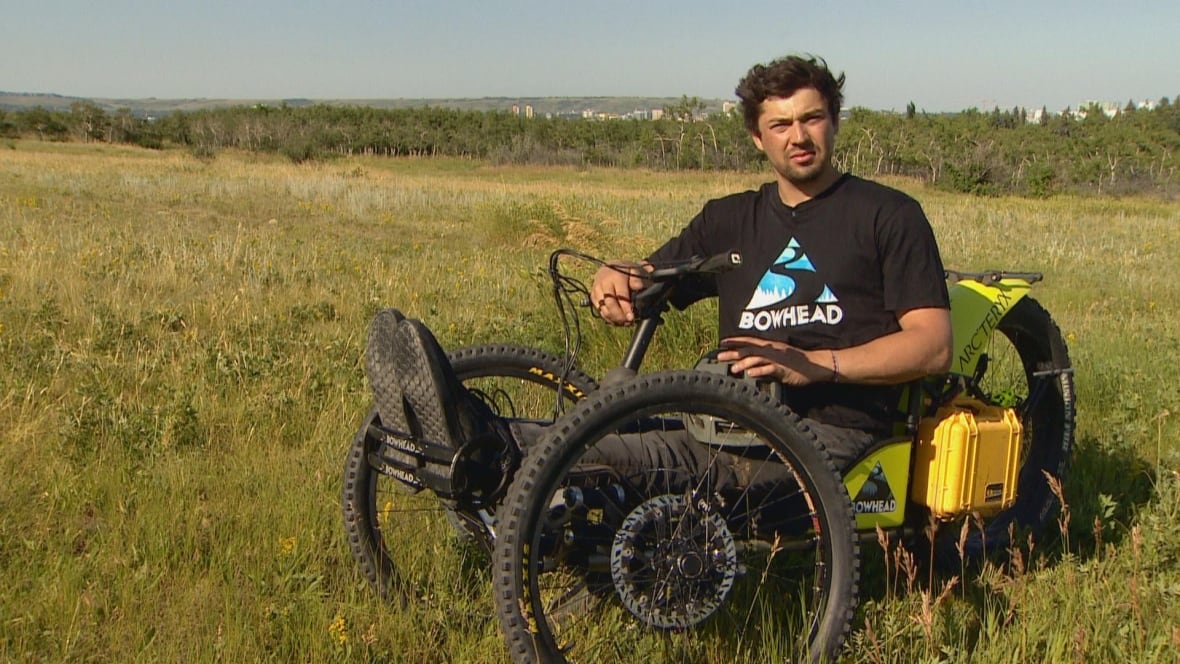 Gustavo Ortiz says he’s been racing all over the world since he was 12 years old and has always loved bikes. David Mercer CBC

It’s stories like this that keep pushing the Bowhead team forward. Bagg says they’re continuing to evolve and want to expand to adaptive wheelchairs while continuing to improve their current products.

And while the business moves forward, Bagg continues to reap the rewards of his labour.

Out on the trails, he is managing long, steep climbs, navigating over rocky pathways and squeezing through tight trails.

“You get that sort of euphoric effort, you know, sweating and heart pounding, and you’re there with your friends on their bikes and they’re feeling the same thing,” he said.

“It’s something that I thought that I had lost that I got back with that bike.”

A teenager who can’t speak finally sounds like himself
Netflix's 'Crip Camp' is one of the most important films about disability ...
Forget the cell phone screen, a forearm is all you'll need to read
Altered walking mechanics leads to back pain?
Think the UK has a social care crisis now? Just wait until 2025
A wheelchair user’s guide to preparing for college