An estimated 1 in 6 students in Ontario have a disability and face barriers to education, advocate says. 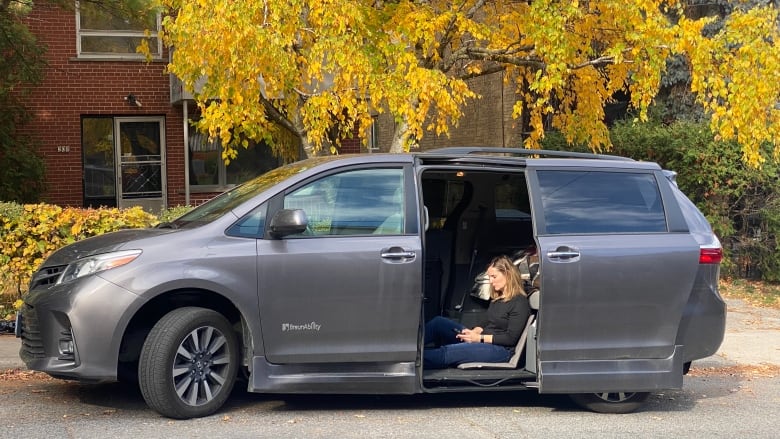 Michelle Cousins makes herself comfortable with a pillow and a blanket in her accessible van while she camps out near her daughter’s school in case she needs her help. Talia Ricci CBC

Cousins meets her bus at Marshall McLuhan Catholic Secondary School in north Toronto. She helps Colette and her wheelchair onto the ground and parks her van on a nearby street.

She stays there until the end of the school day in case she needs to help her daughter, who has arthrogryposis, which causes joint stiffness and affects her mobility, among other conditions

“Had there been a proper assessment, had people been doing their job and doing it properly, I don’t think we’d be here.”

For every school day since September, Cousins has been sitting in her van in case Colette needs her help going to the washroom. That’s something educational assistants usually do, but it’s the best option to maintain Colette’s dignity, she says, until a better solution from the school and the Toronto Catholic District School Board (TCDSB) materializes.

Cousins says she’s been told there are only two educational assistants who are able to lift Colette out of her wheelchair when needed, with no guarantee of trained replacements in case they’re away. On top of that, the support equipment the school does have has either been inoperable or unable to fit in the washroom, Cousins says. 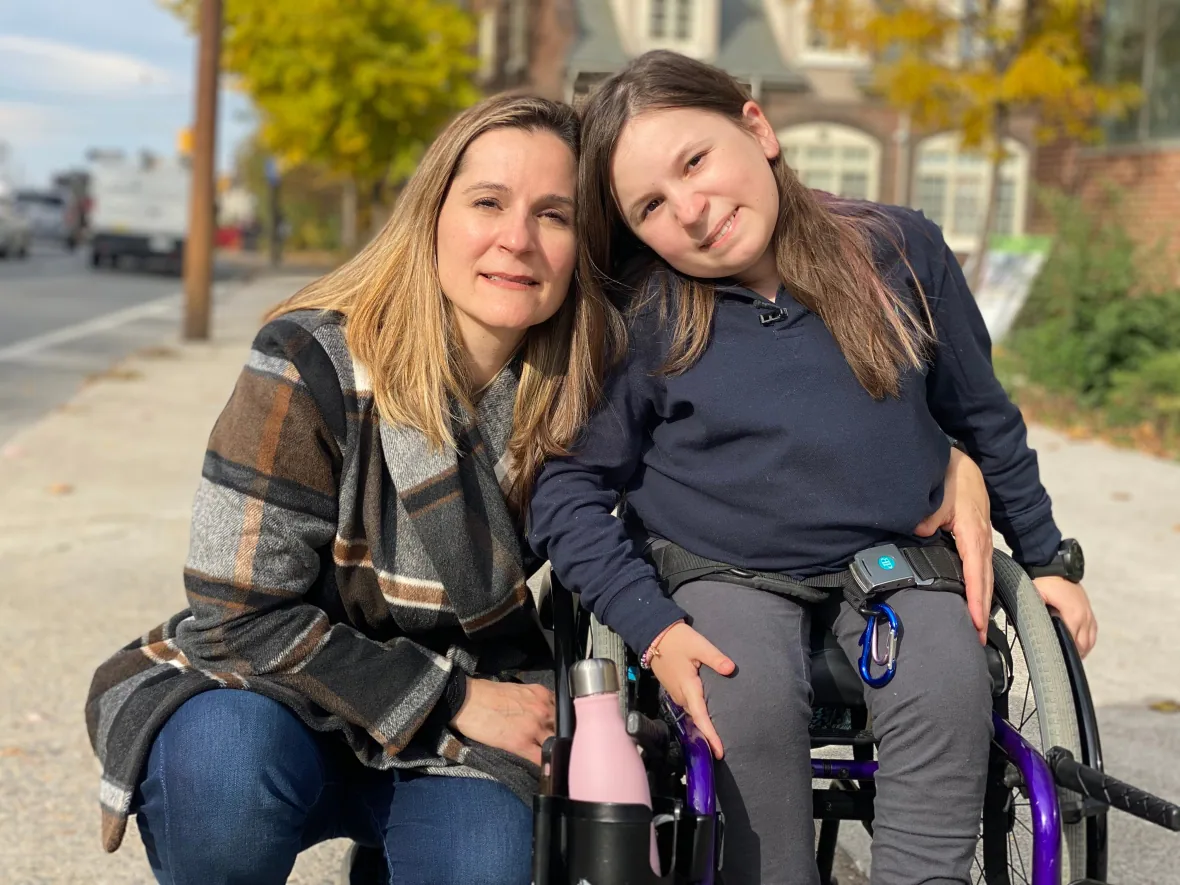 Along with other conditions, Colette Cousins, right, has arthrogryposis, which causes joint stiffness and affects her mobility. Talia Ricci CBC

Colette isn’t the only child with disabilities facing accommodation issues in schools across the province. About one in six students in Ontario have a disability, according to a prominent advocate, and it’s common for them to face physical, technological and bureaucratic barriers that get in the way of their education.

Even though the school confirmed Colette’s admission in the spring, and had her accommodation needs assessed this summer, Cousins says she’s resorted to taking on the support role to give her daughter as normal of a high school experience as possible amidst bureaucratic and labour issues at play.

While Colette appreciates her mom’s help, she says she knows it shouldn’t be this way.

“It’s not fair that my mom has to sit in a van,” said Colette.

The TCDSB, in an email to CBC Toronto, says it works with parents and students case-by-case to accommodate special needs in line with the province’s main disability rights legislation, the Accessibility for Ontarians with Disabilities Act (AODA).

The board stresses it can’t speak about individual cases due to privacy laws. But it says Colette’s high school has an elevator, an accessible washroom, alternative and operable equipment and support staff who are “available and assigned as needed” to help students with disabilities.

However, Cousins refutes most of that and a high-profile advocate for people with disabilities in Ontario says these issues can’t be dealt with at the board level alone.

“The bureaucracy handcuffs the teachers and principals and other staff who want to do the right thing,” said David Lepofsky, the chair of the Accessibility for Ontarians with Disabilities Act Alliance.

“This is emblematic of a much bigger problem — a problem that the provincial government has known about for years.” 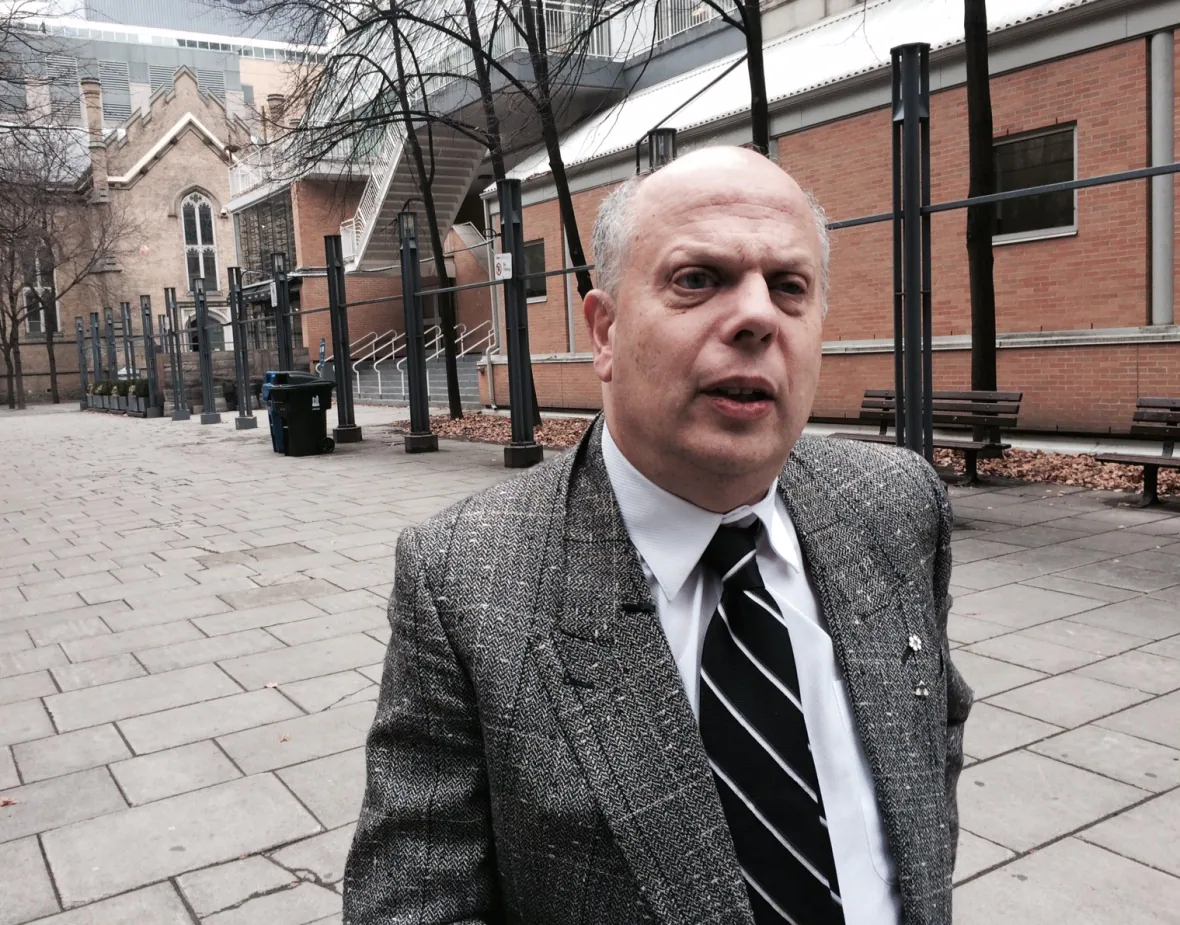 Lawyer David Lepofsky is chair of the AODA Alliance, a group that advocates for the implementation of accessibility standards in Ontario. He says parents of children with disabilities are often ‘left at sea’ to face large bureaucracies by themselves. Simon Dingley CBC

Lepofsky, who is also a member of the provincially-appointed Kindergarten to Grade 12 (K-12) Education Standards Development Committee, helped draft recommendations for an accessibility standard in all publicly-funded schools.

“All that is available to our kids [right now] is for their parents to try to negotiate with the bureaucracy of a school board, and if that doesn’t work, to lawyer up at personal expense,” said Lepofsky.

Work began in 2017, and the committee put forward dozens of recommendations in February aimed at creating equipment, support and staffing standards for school boards to better help students with disabilities. The committee also called for a user-friendly process for parents to get unique accommodations in a fast and easy manner.

But the committee hasn’t heard word on if or when they’ll be implemented, Lepofsky says.

In an email to CBC Toronto, the Ontario Ministry of Education says it’s working with the Ministry of Seniors and Accessibility to review the recommendations.

In the meantime, the ministry says it’s consistently added more educational assistants in schools each year since 2018, with more than 1,700 in special education this school year alone.

But that’s not what Cousins says she’s seeing on the ground. At this rate, she says she’ll be in her car by the school for another four to six weeks, fighting for the board to approve another way for Colette to attend classes independently, to repair or order in extra equipment, or get the staff needed to support her.

“I hope there’s some sort of systemic change.”

Also see
Why these Ontario educational assistants believe they deserve a raise and will strike if they don’t get it CBC
Educational assistants in Ontario say they’re fighting to make a livable wage CBC
Students with disabilities face more obstacles returning to class, advocates warn CBC
Why some parents of kids with disabilities are making the ‘heart-breaking’ choice of at-home learning CBC
Ontario to revamp approach to literacy in schools after report calls for change CBC
Supreme Court To Weigh In On Special Ed Disputes Disability Scoop