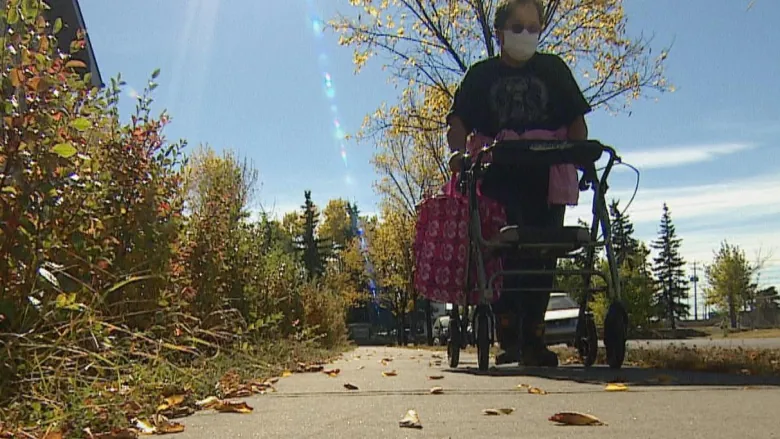 People like Mary Salvani, who rely on AISH benefits to cover their basic expenses, have had their benefits frozen for the past three years while the cost of living rose substantially. Monty Kruger CBC

The Alberta government will re-index benefit payments to inflation for nearly 300,000 people, the minister of seniors, community and social services announced Wednesday.

Minister Jeremy Nixon said he’s working to get Assured Income for the Severely Handicapped (AISH), income support benefits and seniors’ financial assistance unfrozen “as soon as possible,” but could not provide a timeline.

“This is obviously one we want to make sure that we get right,” Nixon said in an interview Wednesday. “Getting the right number is critical. And we also understand the urgency of this.”

In 2018, the former NDP government tied the value of those benefits to the cost of living in Alberta.

After its election in 2019, the United Conservative Party government suspended that policy, saying the province couldn’t afford the increased costs while running deficits.

The province is forecasting a $13-billion surplus this year.

According to Statistics Canada, the consumer price index, which tracks the relative cost of goods and services, rose 11.5 per cent in Alberta between November 2019 and September 2022.

Nixon’s press secretary said there are no plans to change eligibility requirements for the benefits.

In a mandate letter from Premier Danielle Smith publicly released Wednesday, Smith told Nixon to adjust benefits to inflation “on a go-forward basis.”

Bradley Lafortune, executive director of Public Interest Alberta, said that was disappointing because it could lead to benefit payments staying below the poverty line for years, he said.

“We need to make up for lost time, because it’s a long time that people have been falling further and further behind,” he said.

When asked how the government intends to account for inflated expenses over time, Nixon pointed to other affordability measures his government is taking, such as electricity rebates and a provincial fuel tax cut at the pumps.

Nixon is also tasked with reviewing how much workers in the social services sector are paid. Retaining employees who work in shelters and with people with disabilities is a challenge, Smith wrote. Nixon said the workers’ pay has been frozen for too long.

Nixon must also strengthen Alberta’s network of food banks, and work with the health minister to expand access to seniors’ lodges.

A housing strategy introduced by the former minister should continue, Smith said.

In his new portfolio of affordability and utilities, Minister Matt Jones must come up with “inflation relief measures” to address Albertans’ cost of living, his letter says. Smith said he will examine regulated rates for natural gas and electricity and see whether electrical transmission and distribution costs can be reduced.

In an interview, Jones said “all options are on the table” for taking the sting out of high inflation. He didn’t rule out direct cash payments to citizens.

Jones, who had been Children’s Services Minister for the past few months, will also negotiate with the federal government to try and amend a $3.8-billion federal-provincial child care agreement to include more new privately operated daycare spaces.

NDP seniors, community and social services critic Marie Renaud said the government should apologize, not take a victory lap, over its promise to re-index benefits to vulnerable Albertans.

Renaud said other changes to the benefits, which reduced the payments to some recipients, remain in place, as does a flawed appeal system for people who are denied benefits. 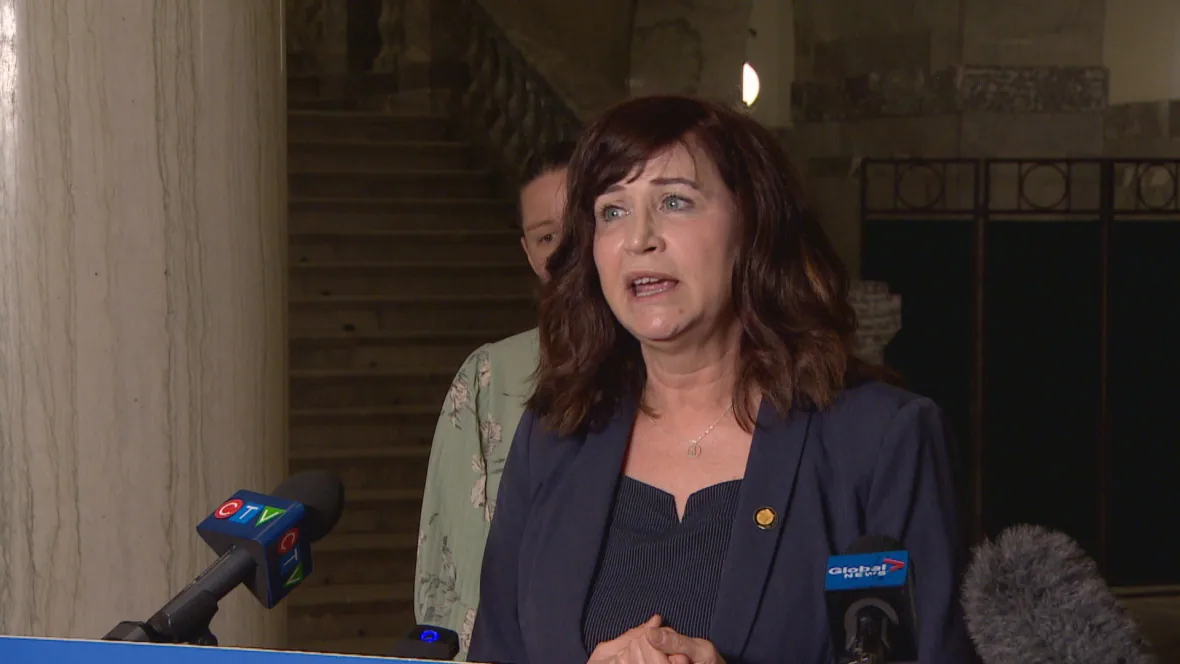 Food banks, Renaud said, should be used only during emergencies. Rather than bolstering the food bank system, the government should ensure Albertans don’t need to use them, she said.

“It really just seems like more little Band-Aids and announcements, as opposed to a really mature, thoughtful plan to address this growing poverty,” she said. “And it is a crisis.”

Lafortune said he’s disappointed to see the Smith government continuing with a Kenney government plan to privatize some of the province’s social housing. He said a public investment in housing is immediately needed to address crises of homelessness and affordability.

With files from Travis McEwan