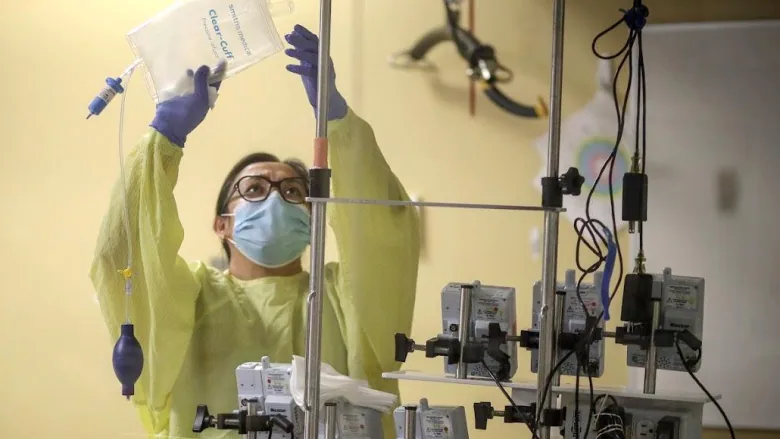 Doctors in Alberta are calling on the provincial government to take swift and transparent action to address the crisis facing pediatric hospitals.

Dozens of health-care workers have been redeployed in an effort to relieve pressure at ACH and Alberta Health Services confirmed Monday the hospital is now postponing some outpatient care.

“Right now it just feels like we’re playing chicken in terms of whether the numbers are going to go down or whether the system is going to collapse,” said Dr. Shazma Mithani, an ER physician at the Stollery Children’s Hospital.

“That is certainly not a smart way to do this because it puts lives at risk.”

Both of Alberta’s pediatric hospitals have been struggling with ballooning ER visits and admissions for weeks.

ACH is hovering at between 100 and 120 per cent capacity.

“Right now we’re still well over 100 per cent and that has been sustained through November and into… December,” said Margaret Fullerton, senior operating officer at the hospital.

In addition to suspending respite care at the Rotary Flames House, staff are being pulled from five of the facility’s 82 outpatient clinics.

Fullerton said gastrointestinal, surgery, nephrology, orthopedic and pulmonary function clinics will see a 30-50 per cent reduction in their services.

A total of 65 staff members — many of them part-time — have been redeployed, but Fullerton didn’t know how may children would be impacted.

A small number of surgeries are also being delayed each week with seven expected to be cancelled this week.

AHS has taken several other steps including opening an overflow ER to fast-track patients at peak times, adding beds, and setting up a trailer for families stuck waiting outside. 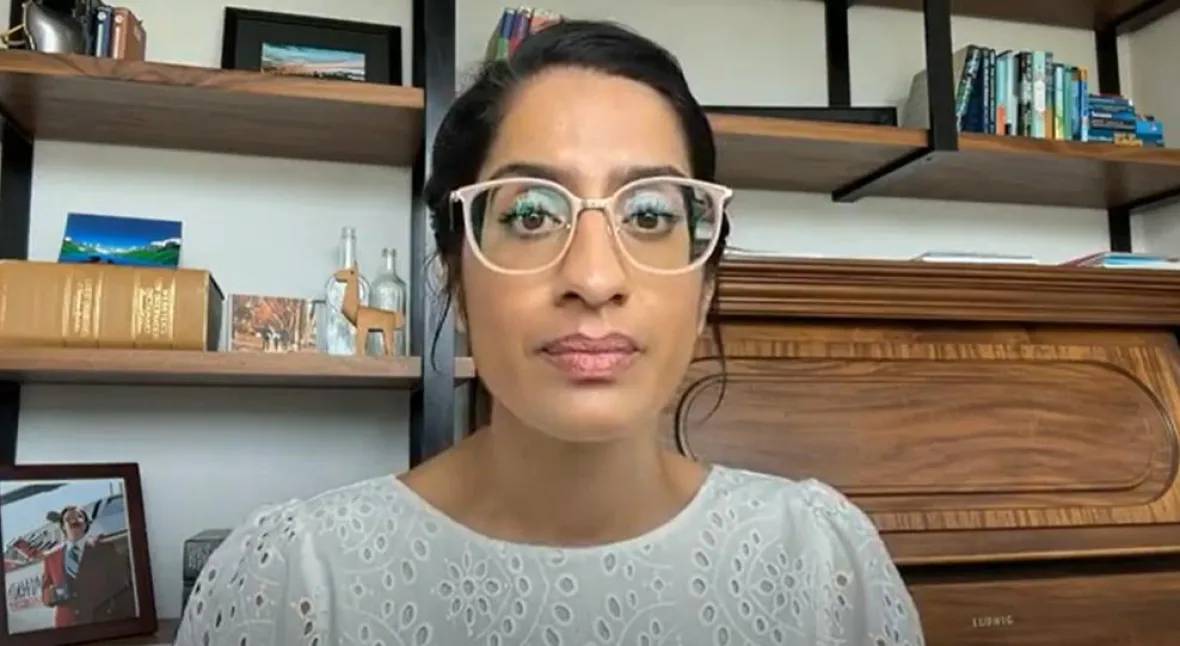 Dr. Shazma Mithani, who works in the ER at Stollery Children’s Hospital, is calling on the province to allow schools to make their own decisions about masking and to bring back public health updates as viral transmission soars. CBC

At the Stollery Children’s Hospital, a six-bed unit that was used temporarily for adult care has been returned to pediatric care. Seven more beds are expected to open in the coming weeks.

“We are exploring all options to help ensure the right care is available to all young patients who need it,” AHS spokesperson Kerry Williamson said in an emailed statement.

“At this point, we have not needed to implement similar measures as we have at Alberta Children’s Hospital, however we have taken some steps to meet demand.”

Some Stollery physicians are also working extra shifts to help meet the demand.

“[Edmonton’s] pediatric ICU is at about 100 per cent capacity. We do have the ability to add additional beds if required,” Williamson said.

“[It’s] pure chaos. [It’s] kind of disaster-mode even now,” said Dr. Paul Parks, an ER physician based in Medicine Hat, Alta., who checks in with his colleagues around the province daily.

“We worry about those children and the families that may get missed and may even die because of the unbelievably severe overcrowding that we’re facing.”

Both Parks and Mithani are calling on the provincial government to be more transparent about the situation and to provide a clear plan.

“It’s been deafening how quiet or lacking the response has been. And that’s really, really hard for health-care workers out there that are seeing all the suffering,” said Parks, noting that when adult hospitals were overwhelmed with COVID-19 patients, public health officials held regular news conferences to keep people informed.

“Declare it for the crisis it is.” 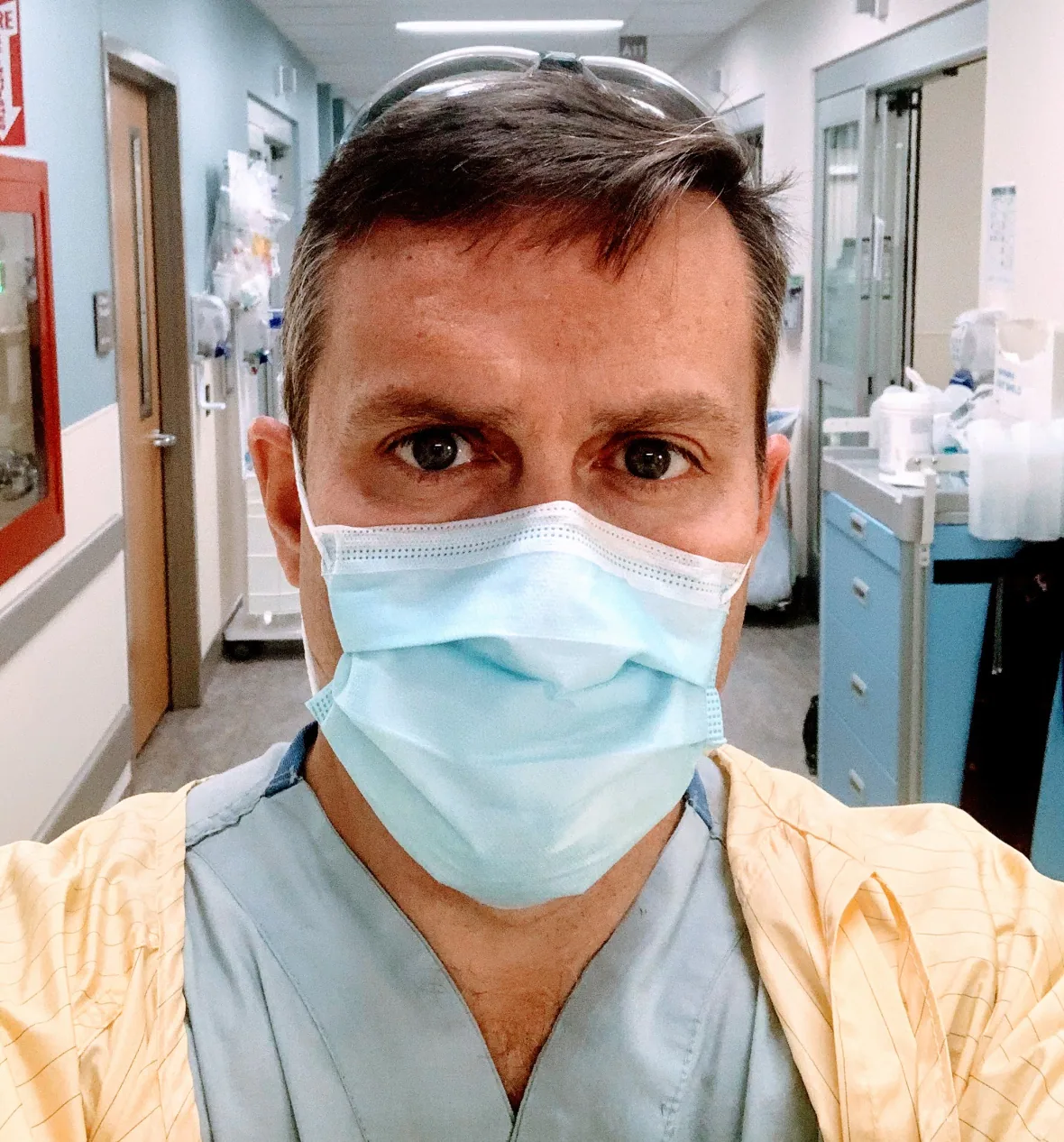 Alberta’s new interim Chief Medical Officer of Health, Dr. Mark Joffe, has not spoken publicly since his appointment in mid-November.

She’s also calling for a high profile campaign promoting influenza and COVID-19 vaccination and wants the province to restore the ability of school boards to make their own decisions on mask mandates.

The Alberta government recently banned them from doing so.

“Our system is under strain. There’s no doubt about that,” he said, noting health officials are working to add staff and beds to strained hospitals,” he said.

“There’s some signs that we may be hitting the peak of this current flu that’s circulating. If you take a look data last week, it seems to be topping off and some signs of coming down.”

An infectious disease expert told CBC News on Friday that several more weeks with a clear downward trend would be needed before it would be safe to assume influenza has peaked in Alberta.

For her part, Fullerton isn’t ready to make any predictions.

“We are hopeful that the influenza rates [and] the RSV rates will drop,” she said.

“But we just have to be prepared in case that doesn’t happen.”