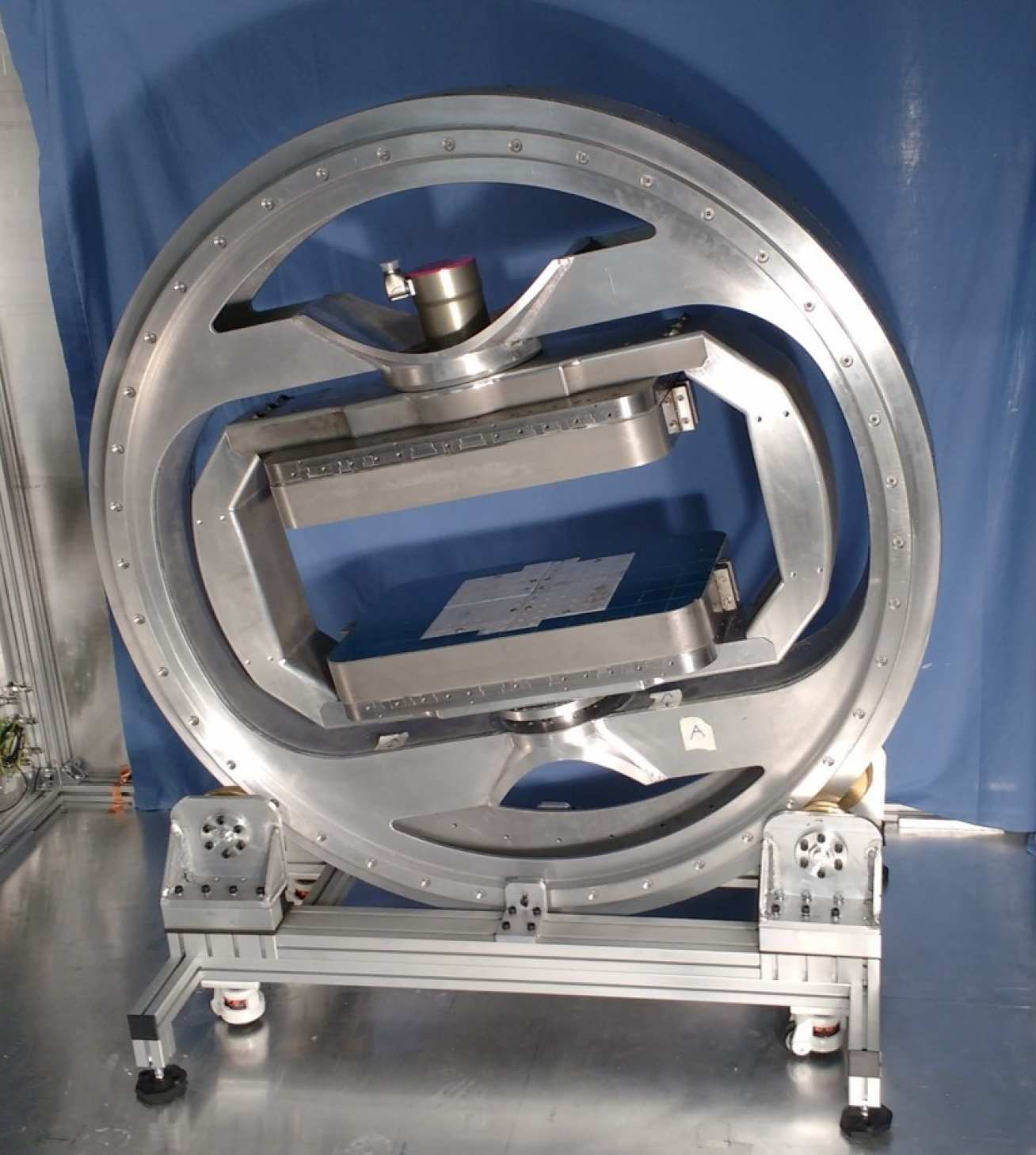 A prototype ‘mini’ MRI scanner, developed by Imperial College London, that could be used for diagnosing knee injuries

Functional magnetic resonance imaging research from Belgium demonstrates the effect of lower extremity proprioceptive stimulation on brain activity and confirms that the effect of a knee brace or sleeve extends far beyond local joint biomechanics.

The study, e-published on Dec. 24 by Knee Surgery, Sports Traumatology, Arthroscopy, found that movement while wearing a knee brace or sleeve was associated with a significantly higher level of brain activity than when no device was applied.

Investigators from the University of Ghent used 3-tesla fMRI to assess 13 healthy volunteers as they performed unilateral knee flexion-extension exercises while wearing a moderately tight knee sleeve, a tight knee brace, or neither. While performing the exercises, the subjects lay supine with the head and torso within the MRI scanner. Flexion-extension exercises were done using the right leg only, with the right foot sliding back and forth along a groove in a custom-built wooden (MRI-compatible) platform.

All three movement conditions were associated with activity in the primary sensorimotor cortex of the brain, but the knee brace and sleeve both triggered significantly greater levels of activity than the unbraced condition.

Although previous studies have documented that knee braces and sleeves improve joint proprioception, the Belgian findings for the first time offer evidence of the mechanism by which that effect occurs. Some researchers have theorized that proprioception is controlled by reflexive pathways at the spinal level of central nervous system control, and that the proprioceptive improvements seen with bracing are simply the result of additional somatosensory data being processed through the reflex loops without involving brain function at a higher level.

But the fMRI results tell a different story. The activation patterns clearly suggest that proprioceptive information is processed by the brain’s primary sensorimotor cortex, at the supraspinal level of central motor control.

The researchers also found that the tight knee brace was associated with significantly higher levels of brain activity than the moderately tight knee sleeve. This suggests that the intensity of the proprioceptive inputs—in this case, cutaneous stimulation and pressure on the underlying joint structures—affects the degree of primary sensorimotor cortex activation.

Not only that, but the specific coordinates of brain matter that responded to knee movement while wearing the brace and sleeve were surprisingly similar to the coordinates of brain activation during unbraced movement. This suggests the cortical areas that dictate muscle movement also process the somatosensory signals which influence that same movement.

Biomechanics researchers are just starting to explore the concept of central motor control in relation to knee injury risk, but most of that discussion thus far has centered on the issue of fatigue. A University of Michigan study of 20 female collegiate athletes, published in the August issue of Medicine & Science in Sports & Exercise, found that a protocol designed to fatigue one limb ultimately affected landing kinematics in both limbs—suggesting a central effect of fatigue.

And a February 2008 study from the Military Hospital of Base Queen Astrid in Belgium, led by the same senior author as the fMRI study, found that a neoprene knee sleeve can offset the negative effects of fatigue on joint proprioception. The study measured active joint repositioning before and after a fatigue protocol in 64 healthy subjects who wore a neoprene sleeve on one knee. The researchers found that fatigue was associated with significant proprioceptive deficits in the unbraced limb but not in the braced limb.

Those results, published in the Scandinavian Journal of Medicine & Science in Sports, suggested that knee sleeves or braces could potentially reduce injury risk by protecting against the effects of fatigue. The fMRI findings have brought researchers one step closer to understanding why.

Ankle foot orthoses significantly improve gait in patients with hemiplegia secondary to stroke, according to research from Elkins Park, PA.

Investigators from MossRehab retrospectively reviewed 1150 patient records and identified 42 patients who had undergone a detailed gait evaluation both while barefoot and while wearing their prescribed AFO.

They found that the AFO condition was associated with significant increases in walking velocity, cadence, percent of the gait cycle spent in stance, double support time, and step length; along with significant decreases in percent of gait spent in swing on the affected side and width of the base of support. Stance time and step length were also more symmetrical during AFO use than when barefoot.

The findings, published in the November issue of PM&R, contrast with those of an August 2004 randomized controlled trial from the Netherlands published in Clinical Rehabilitation. The RCT found that AFO use was associated with improvements on functional tests of walking ability that were statistically significant but, according to the authors, not clinically relevant.

Treatment with an abduction brace for developmental dysplasia of the hip delays walking in children by about three weeks, according to research from the Medical University of Warsaw in Poland.

One hundred children with DDH were treated with abduction bracing, starting at an average age of eight weeks and lasting for an average of 13 weeks. The children were then followed to observe their locomotor development, which was compared to that of 100 healthy children.

The braced children learned to sit at a mean age of seven months, one week later than the healthy children; the difference was not statistically significant. By contrast, the braced children learned to walk independently at an average age of 12 months plus two weeks, three weeks later than the healthy children, and that difference was statistically significant. However, the study authors suggested that the three-week delay would not seriously affect a braced child’s locomotor development.

The findings were epublished on Nov. 24 by the Journal of Children’s Orthopaedics.

Meet the man behind Nike’s Flyease shoes
Vacuum bell therapy: A nonsurgical option for chest wall depression (pectu...
Dubasov Dance & Wellness — Expressive movement for all abilities
Can your fitness tracker save your life in the ER?
Elderly people who choose the wrong shoes have a lower quality of life
Biosensors will be inexpensive, do more, go everywhere