Knee replacement more effective than alternative care but risks are higher, too. 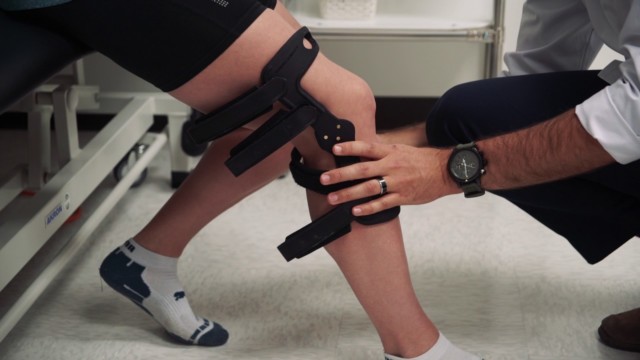 Nonsurgical treatments are effective for some patients with knee osteoarthritis, and the approach carries less risk of adverse events than total knee replacement, according to a study published in the New England Journal of Medicine.

Total knee replacement can usually relieve pain and improve function, but a nonsurgical regimen can also be effective in some people without posing the complication risks that can plague people who choose surgery, according to a new study.

The test found that while 85 percent of patients who underwent surgery showed clinically-significant improvement after one year, so did 67 percent assigned to a combination of supervised exercise, use of insoles, pain medication, education and dietary advice.

“It won’t do any harm trying the nonsurgical treatment,” chief author, Dr. Soren Skou of the University of Southern Denmark in Odense, told Reuters Health. “I hope this will give a more balanced discussion of whether or not to have the surgery.”

There’s little debate that knee replacement helps many people, and the new test of 100 patients – the first randomized controlled trial ever done on the technique – confirms it. Surgery patients didn’t show just some improvement. They registered far less pain and disability than those assigned to the non-surgery group.

Yet the study was needed because as many as 1 percent of surgery patients die within 90 days of their operation and about 1 in 5 have residual pain at least six months after the procedure, said Dr. Jeffrey Katz of Harvard Medical School in Cambridge, Massachusetts, in an accompanying editorial in the New England Journal of Medicine. “Until now, we have lacked rigorously controlled comparisons between total knee replacement and its alternatives.”

“People need to understand and respect that knee replacement is not without complication. Knee replacement is a big surgical procedure and there are risks associated with it,” Dr. Andrew Pollak, chairman of orthopedics at the University of Maryland School of Medicine in Baltimore, told Reuters Health.

All of the patients in the study had moderate-to-severe knee osteoarthritis. The team measured symptoms, pain and quality of life over a one year period.

Volunteers in the surgery group gained an average of 32.5 points versus 16.0 points for people who received nonsurgical therapy. All started off with a score of about 48 on a 101-point assessment scale.

Individual measures of pain, symptoms, activities of daily living, quality of life, and sports and recreation all showed significant improvement with surgery.

But while there were just six instances of serious adverse events in the 50 patients who didn’t receive surgery, there were four times as many among the 50 assigned to have a knee replaced. One third of the problems involved the replaced knee, including three cases each of unacceptable stiffness and deep vein thrombosis requiring anticoagulation, and one case each of deep infection and leg fracture.

Thirteen of the 50 patients assigned to the no-surgery group ended up having their knee replaced anyway during the 12-month follow-up period.

“We’ve had some patients who had the surgery who did not improve in pain and, in some cases, had worse pain,” Skou said. They may improve with longer followup, but, he said, “what struck me is, if you do not go through surgery, you could always have the surgery later.”

What is tendinosis?
Does silent inflammation explain rise in 'Non-OA' knee pain?
Oshawa teen represents Canada at world powerlifting competition in Finland
To brace or not to brace? Bracing for neuromuscular conditions
In-home physical therapy and rehabilitation service
He never gives up: Broncos bus crash survivor sets his sights on independe...