SUN Media national lifestyle and food editor Rita DeMontis recently wrote about her struggles with advanced osteoarthritis knee issues, and how she faced the toughest challenge of her life: Bilateral knee surgery. Just recently she went under the knife – and here’s an account of her adventures. 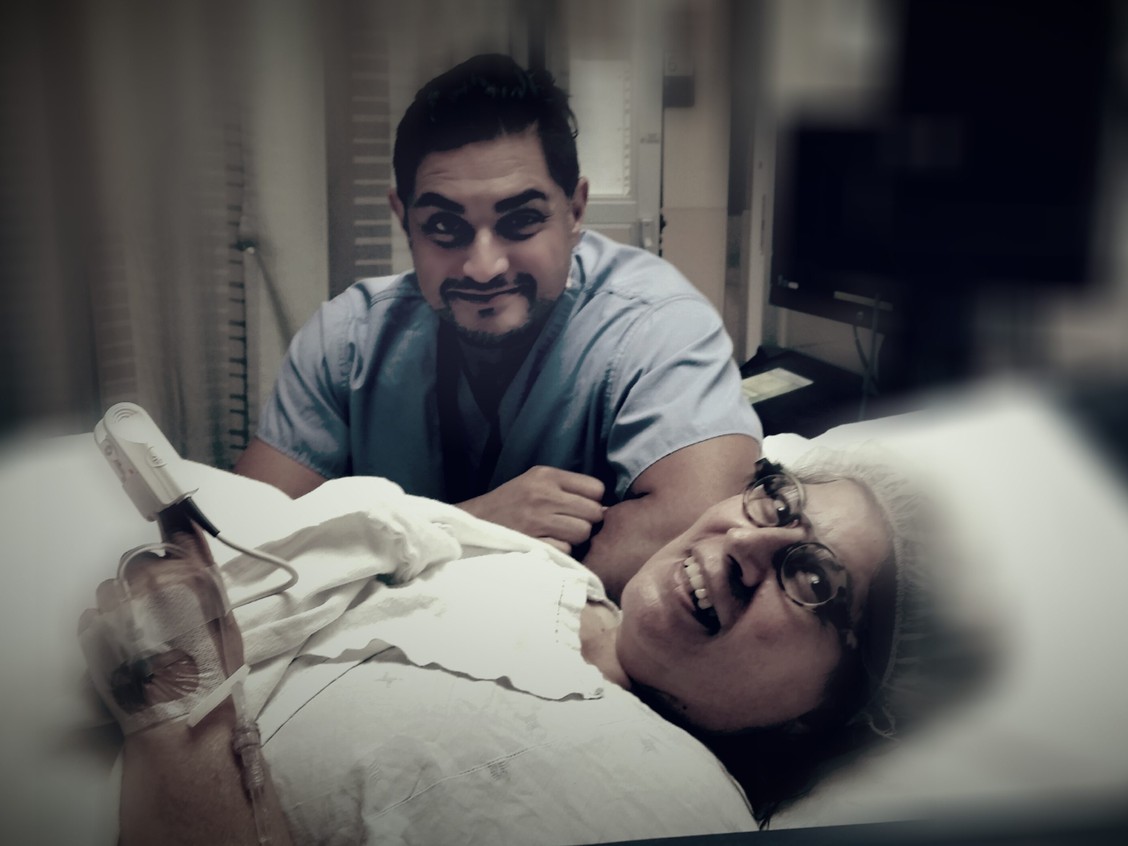 Well – I did it. Several weeks ago I actually had bilateral knee surgery at Toronto’s Humber River Hospital under the skilled hands of Dr. Sebastian Rodriguez-Elizalde and his crack team of experts.

Up until the moment when I walked through Humber River Hospital’s state-of-the-art surgery unit – with an entourage of family and friends, not to mention a SUN photographer – I seriously doubted I was going to go through with this life-changing surgery to eliminate the severe osteoarthritis I have been suffering from for years.

But I did – and I’ve never been happier for the choice I made. Was I petrified? Absolutely! This was major surgery on not one knee but two! Still, after years of living in pain, this is a double thumbs up event. I couldn’t be more pleased. For starters – this type of surgery has dramatically evolved throughout the years, being streamlined to the point of being minimally invasive. This ain’t grandpa’s surgery of 30 years ago – or even 10 years ago, for that matter.

Entering the portals of Humber River, Canada’s first digital hospital in North America, is mind-boggling – and so seamless. From the moment I arrived I felt reassured all would go well. I thought I was pretty low-key and confident-looking, as I got ready for surgery. Until I realized I had placed the surgery bonnets on my feet instead of my head and how ridiculous I looked in the mirror.

Surgery itself has changed – no general was used! Instead I had the friendliest anesthetist named Dr. Kyle Waldman who gave me a shot of what I assumed was happy juice and then inserted an epidural into my spine. He was so cheerful and kind – and very gentle as he placed nerve blocks in both my legs while I looked at the ultrasound equipment he used to guide the needles in.

SUN photographer Jack Boland was having a riot, happily snapping away. Dr. Rodriguez casually strolled in to answer any last-minute questions – of course, my sister, Anna went running into the waiting room to announce to just about everyone what a good-looking doc he is.

Earlier I had been told to rent a special cooling unit called Game Ready (cold compression system used by professional athletes; healfaster.ca) that actually went into the operating room with me. This amazing device wraps around both legs and, with the aid of ice and ice water, accelerates healing ten-fold – and makes your legs feel awesome when they’re cooled down.

My surgery time is coming up, and I’m lying there, calmer than I’ve ever been, waiting for the action to start. Suddenly, a wall opened up to my right and a bunch of people came in, all suited up for surgery, and positioned themselves on all sides of me. They spoke in soothing tones and assured me all was well. For one wild moment I thought I was in a Star Trek episode! I’m gently rolled onto the operating table and people are covering me with warm blankets and making me feel, well, comforted. My anesthetist adjusts a mask on my face and tells me that, at any moment I’m going to drift off into a nap. I feel my legs being pulled here and there – and then I mention to no one in particular that, well, I’m awake in case anyone starts surgery ahead of time. I feel nothing, of course, and just hear laughter, and a voice telling me to “have a good nap.” It’s the last thing I hear – and I dream of my childhood favourite cartoon, Popeye.

What feels like moments later I slowly awake and am mildly annoyed as I was really enjoying my dream. But within moments I’m wide awake and Dr. Rodriguez is sitting next to me, smiling. Surgery was a success. Any pain? Absolutely not! The nerve blocks are doing their job well. I’m astonished at how good I feel – no drug hang-over, nothing. A half-hour later and I’m in my own room, being assisted by a team of nurses – and a special pain management team that works with a specific protocol that does not include opioids. Fascinating. My hospital room rivals any five-star hotel, with my own bedside computer where I control everything from the TV to the meals I can order to adjusting the lights. Even the bed adjusts itself automatically so that you’re in a constant state of comfort.

Dr. Rodriguez shows up once more and adjusts my legs – and they bend quite nicely. The nerve blocks stay in place for two days before being removed. The day after surgery I walk five feet. The next day I walk five metres. Throughout my Humber hospital stay I am treated to a level of care and compassion from everyone from the nurses to hospital staff that, at one point, brought tears to my eyes.

From a pain perspective – this was not bad at all. When I told people I was having both knees operated on, the look of horror on their faces was hard to miss. Many thought I was nuts, but I was a good candidate – and I was motivated. As for my Humber treatment: A simple thank you does not suffice for the most excellent care I received.

If you are facing the same surgery I did, be proactive with your approach – do as much research as possible, and ask plenty of questions until you are satisfied. That’s what I did. And yes, today I’m walking.