‘Everybody should be able to get around Banff National Park,’ says chair of regional transit service. 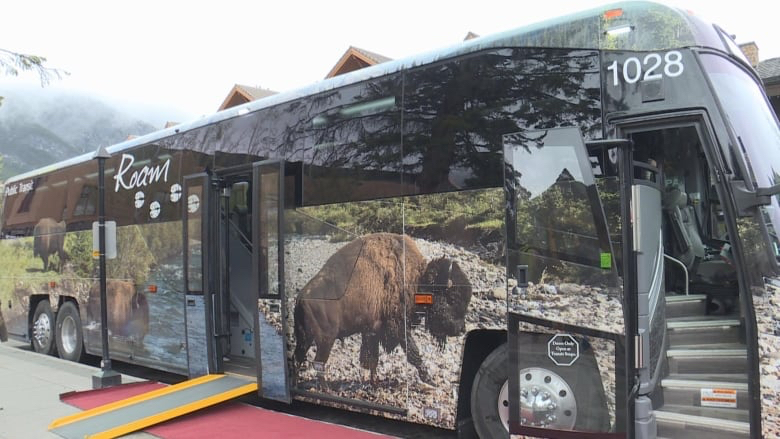 Navigating the mountains can be hard — especially if you’re in a wheelchair, or have other physical limitations.

But a new public transit bus service is about to launch along the Lake Louise to Banff express route, making it easier for everyone to catch some stunning views.

Four coach-style buses hit the road Friday, specifically designed to be the most accessible ones Roam Public Transit has ever had, said Davina Bernard, chair of the Bow Valley Regional Transit Commission.

“You can come from your hotel in Banff and get right to the shore of Lake Louise without having to figure out parking a kilometre away,” Bernard said.

“This initiative that is starting off today is a massive, massive improvement for removing the barrier of transportation so anyone who has a mobility challenge can access the mountains for different transportation options, just like everyone else — which is phenomenal,” said Jamie McCulloch, executive director at Rocky Mountain Adaptive.

The buses were designed with the input of several volunteers who either live with disabilities or work with people who have them.

Tourist Sara Bassini says it’s easy to get the wheelchair in and out in such a spacious bus. Helen Pike CBC

Sara Bassini was the first passenger in a wheelchair to board one of the new buses Thursday. She described it as “very comfortable” and “very cool.”

“I would definitely take it,” said Bassini, who was only in Banff for one day and hasn’t yet seen Lake Louise.

One-way tickets on the bus cost $8.