Recent findings from the University of Nevada, Las Vegas (UNLV), add to a growing body of evidence that autism spectrum disorder (ASD) is associated with significant gait asymmetry, suggesting movement quality should be part of the diagnostic and treatment processes for ASD. 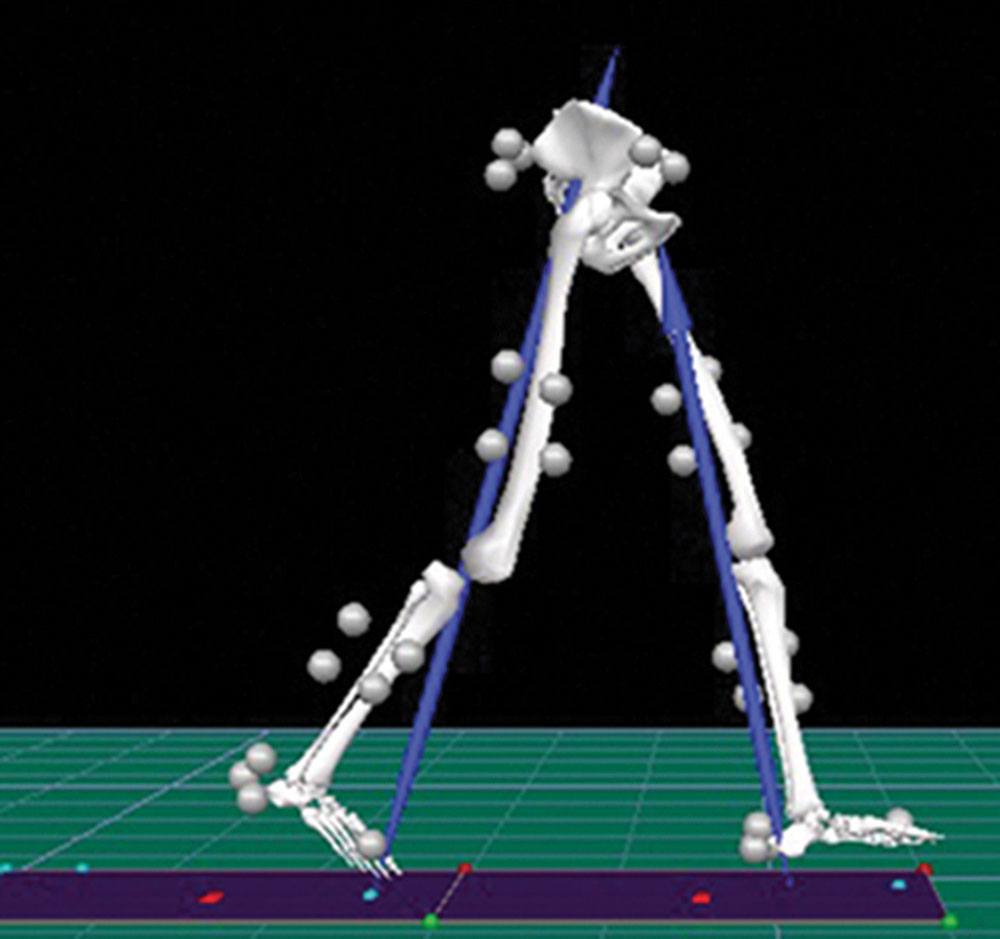 In 10 children with ASD (4 girls) aged between 5 and 12 years, UNLV researchers found kinematic and kinetic between-limb asymmetries across the gait cycle. These included asymmetries in sagittal plane hip, knee, and ankle joint positions, as well as vertical and anterior-posterior ground reaction forces (GRF).

The findings, published in Gait and Posture, are consistent with those of other studies that have identified asymmetries in children with ASD at discrete time points during gait, said Jeffrey D. Eggleston MS, first author of the study and a doctoral candidate in the Department of Kinesiology and Nutrition Sciences at UNLV.

“While there is still little known regarding gait impairments in children with ASD, our findings illustrate that gait descriptors may provide insight into furthering working knowledge of ASD and may even enable gait-related symptoms to be treatable through therapies and interventions,” he said.

Despite growing research suggesting children with ASD exhibit some form of motor impairment, it is not used in the diagnostic criteria for ASD established by the American Psychiatric Association, and Eggleston said many children with ASD do not receive physical therapy interventions.

The types of asymmetries observed in the study could lead to biomechanical compensations with long-term clinical implications, he said.

“By way of example, individuals with hip joint arthritis or other anomalies, facing hip arthroplasty, often accommodate in the short term by limping during locomotion,” Eggleston said. “While such compensatory strategies are useful in the short term, chronically they could lead to low back misalignment, strength imbalances, and/or balance and general locomotor challenges.”

The Model Statistic gait analysis technique used by the researchers allowed them to analyze asymmetries across the gait cycle and to identify subphases of gait when asymmetries are more prominent, according to Janet S. Dufek PhD, professor and associate dean of the School of Allied Health Sciences at UNLV, and senior author of the study.

The UNLV researchers used the same analysis method as in a prior study that confirmed significantly greater asymmetry in children with ASD than their typically developing peers.

In the current study, though, the extent to which asymmetries were associated with specific gait subphases varied among participants and didn’t exhibit generalizable patterns in this small sample. The authors, however, emphasized its potential utility for identifying specific gait issues in individual patients, which would facilitate more targeted therapy.

“Due to the highly heterogeneous nature of ASD and the variety of symptoms or comorbidities children and adults may have, it is paramount that any therapies be specific to the person and their own limitations,” Dufek said. “While this is common in most rehabilitation settings, therapists seeing patients with ASD to address motor challenges may not be the norm. It is suggested that as such, an interdisciplinary approach to treatment may be the best approach.”

Dawn-Marie Ickes MPT PMA-CPT, an assistant professor in the Department of Physical Therapy at Mount Saint Mary’s University in Los Angeles, said the biggest influence she sees on gait symmetry and ASD is the integration of the individual’s sensory processing with their proprioception.

“PT should be modified to accommodate the special needs of children with ASD in that it should take a multifaceted approach to the assessment of functional movement patterns as they relate to gait to determine how to best balance the asymmetries which present during the gait cycle,” she said. “A combination of movement-based therapeutic interventions selected based on the client’s unique presentation is a good place to start, and early modulation and integration of the vestibular system in the treatment session has worked for increased treatment tolerance in my practice.”

The UNLV researchers noted the complex nature of ASD makes it difficult to explain the mechanisms underlying their findings, but one possibility is that children with ASD lack the coordinated movement patterns that allow for symmetrical gait.

“Alternative hypotheses suggest that children with ASD exhibit dysfunctional segregation of the motor cortex, which may be the key to uncoordinated movements,” Dufek said. “Additionally, there is the potential for the cerebellum, which receives sensory information and regulates movements, to have a level of dysfunction as well. Viewed collectively, the potential key contributors for gait asymmetry originate in the brain and specifically, the motor-controlling functions of the brain.”