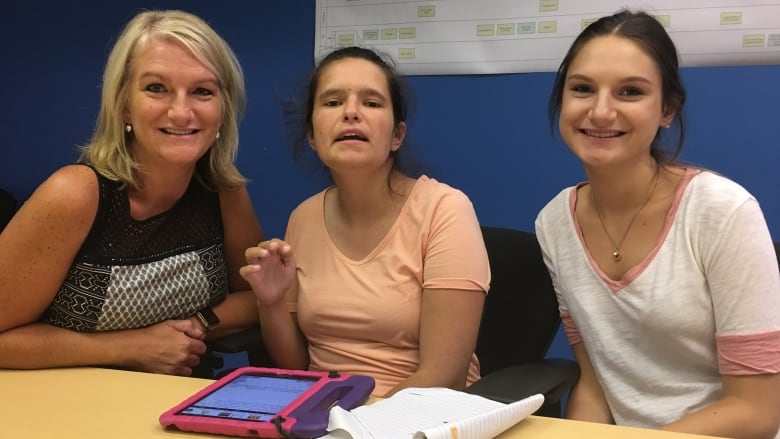 Parents of adults with developmental disabilities in Ontario are wondering if they’ll be around to see the day their children receive government-funded supportive housing, as the wait list continues to span decades.

“It scares me,” LeeAnn Poisson of Lakeshore told CBC News about the lengthy waits.

It’s very worrisome for what’s going to happen to him if anything happens to me. – Barb Scott, adult son has Angelman Syndrome

Poisson and her husband care for their 25-year-old daughter Abbey, who has a developmental disability. She’s also non-verbal, has autism and requires around-the-clock care.

Cognitively, Abbey functions at the level of a three- or four-year-old.

“It affects your mental health because of the stress that it puts on you to have to care for her,” said Poisson.

It’s non-stop, Poisson said, making sure Abbey is safe, dressed, fed and receives all the attention she requires.

For Barb Scott of Leamington, whose 21-year-old son Matt has Angelman Syndrome, waiting for supportive housing is a “huge concern.”

“It’s very worrisome for what’s going to happen to him if anything happens to me,” said Scott, who’s now 52.

Much like Matt, Abbey has been on a government wait list for residential funding since she was 18. The family hasn’t been given any indication when they’ll see supportive housing.

They do get some government money — known as passport funding — but that only covers so much. Abbey attends a day program during the week while both of her parents work. 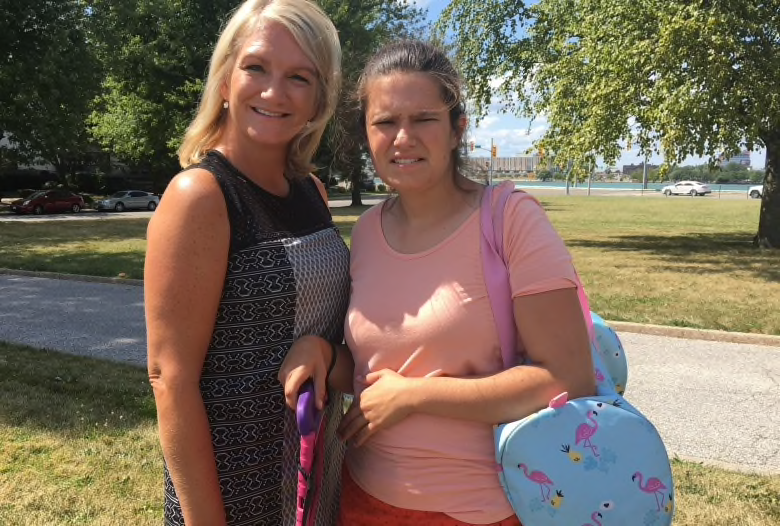 LeeAnn Poisson stands next to her daughter Abbey, who’s carrying a bag indicating she wants to go on a sleepover. Jason Viau CBC

In the meantime, caring for an adult child who requires a lot of support has taken a toll on the family. Poisson said the stress is immense, her patience is wearing thin and it’s had an impact on her marriage. All of this while trying to juggle a job with its own set of demands — being a school principal.

“I don’t think I’m going to be able to do it,” said Poisson, reacting to the lengthy government wait list for residential funding.

“And then I wonder what’s going to happen,” she said.

In a sense, Poisson said she feels the government is discriminating against her and other families in similar situations.

“Nobody that has a normally developed child is expected to care for their child at the level that we are … I think we’re being taken advantage of by the government because they know that we will do it,” said Poisson.

For years, NDP Windsor West MPP Lisa Gretzky has been fighting for change. Even during the previous Liberal government, Gretzky brought the issue forward.

But she warns the longer the government waits to act, the longer adults with developmental disabilities will be forced to endure lengthy wait times.

“It is a crisis already but it’s not being addressed. It’s becoming an alarmingly large crisis,” said Gretzky, who’s also the critic for community and social services. 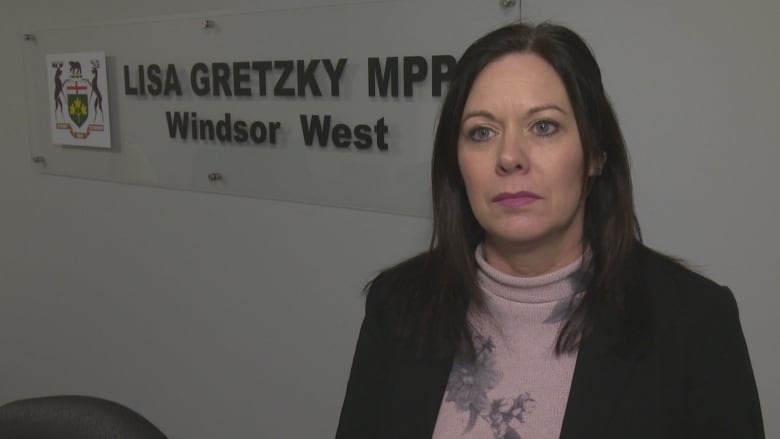 She said the wait list for supportive housing is 23 years, although the government wouldn’t confirm details relating to the length of that wait list.

Gretzky points to a lot of research, discussions and data gathered under the previous Liberal administration. From Gretzky’s perspective, she said it doesn’t seem like they’re “doing much better on this file.”

“They could act today to start building the supportive housing and affordable housing that needs to take place and it could be done in a fairly aggressive manner,” said Gretzky.

There’s a government report on supportive housing dated 2017 that outlines the fragmented approach, which could result in people falling through the cracks.

A spokesperson for the Ministry of Children, Community and Social Services told CBC News in an email that there’s an increase in demand for developmental services and residential supports.

The government said that’s because more youth are being diagnosed with developmental disabilities and those people are living longer.

At the end of 2017-18, there were about 18,200 adults with developmental disabilities that requested supportive housing. That’s up significantly from 2013 when 12,000 adults were waiting for those services.

“To clarify, there is no first come, first served system for developmental services and supports,” said Daniel Schultz, spokesperson for the ministry. “Those persons who are determined to be most in need are prioritized for available resources.”

Right now, Ontario is providing $2.32 billion in annual funding toward developmental services and $1.46 billion of that goes toward residential services.

However, the government wasn’t clear about what it’s doing to address the situation.

“We continue to work closely with our partners, the sector and the people we serve, to improve the developmental services system and deliver real results for the people of Ontario,” said Schultz.

In the meantime, Poisson has taken the issue of housing and independence for her daughter into her own hands. She has partnered with another family in a similar situation to buy a house.

But since they’re waiting for residential funding from the government to support Abbey, she can’t live there full time.

“It’s sad to think that that house could potentially sit there for 10 years before we can get any funding,” said Poisson.