We can hopefully create devices in the future that adapt, learn, and grow with each individual. – Katherine Steele PhD 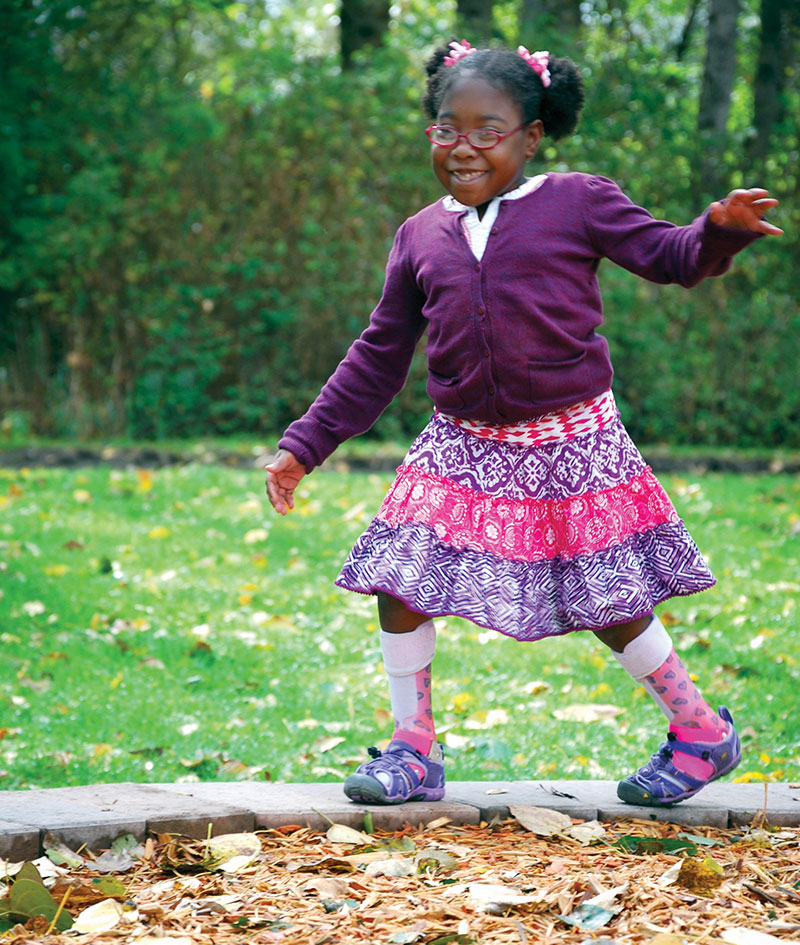 These changes may contribute to improving overall function, but the outcomes more directly highlight the need for adjustable and adaptable devices when managing such a heterogeneous population, said coauthor Katherine Steele PhD, an assistant professor in the Department of Mechanical Engineering at the University of Washington in Seattle.

“This study is our first foray into understanding the effects of current clinical options and AFO prescriptions for kids with cerebral palsy, and it shows that these orthoses led to different responses in patients in terms of how they influence ankle plantar flexion function,” said Steele.

The findings of this case series, which was a secondary analysis of data from a 2015 Pediatric Physical Therapy study conducted by Children’s Hospital Los Angeles, were epublished in September 2016 by Prosthetics and Orthotics International.

In the original study, researchers investigated the gait-related effects of two different AFOs—a dynamic AFO and an adjust­- able dynamic response AFO—on 11 children with CP. Individuals wore each orthosis for four weeks, and several parameters of their gait were analyzed with an eight-camera infrared motion-capture system at baseline and after each interval (one participant was excluded from the first study’s final analysis).

For the secondary analysis, Steele and her colleagues focused primarily on the operating length and velocity of the commonly impaired medial gastrocnemius in all 11 patients (six in Gross Motor Function Classification System Level I, five in Level III).

Both AFOs led to similar changes for Level I participants, with four of six experiencing increased peak medial gastrocnemius operating length during gait compared with barefoot walking and no significant changes occurring in peak musculotendon velocity. Knee hyperextension was the only undesirable change detected, as one patient reported it with the dynamic AFO and two with the adjustable dynamic response AFO.

The dynamic AFO was associated with increased peak medial gastrocnemius operating length in all but one Level III participant, while the adjustable dynamic response AFO was in three of five. Both orthoses were associated with decreased peak medial gastrocnemius lengthening velocity (except for one participant’s right side), and no Level III patients had knee hyperextension with either AFO.

“I don’t think there are direct clinical recommendations that come out of our work, partially because at this point we really don’t know what is good when it comes to ankle plantar flexor length in particular, and more generally, what the operative length of muscles should be in daily life,” Steele said.

To Steele, the incidence of knee hyperextension in certain patients also underlines some of the potential kinematic consequences of focusing on medial gastrocnemius stretching during gait.

“I think that’s a good example of some of the compensatory effects that you can see, because stretching the muscle may be helpful, but if it doesn’t have enough length then something has to give,” she said. “It’s all these competing effects that make the orthotists’ and therapists’ jobs so challenging when it comes to treating these kids.”

“The cerebral palsy patient population is heterogeneous, so they have their own goals, and we’re trying to drive their goals around what their needs are,” said Christopher Joseph DPT, director of physical therapy at the Kennedy Krieger Institute in Baltimore, MD. “Gastrocnemius length is definitely an important factor for us to focus on as physical therapists, but it’s one of many, and I would say that it’s probably lower on the priority list. We also want to focus on improving patients’ function and ability to walk further and faster with better balance, and we evaluate each AFO to make sure it’s energy efficient and not putting too much stress on their bodies.”

Given their findings, Steele and her colleagues are continuing to investigate the effects of different AFO stiffnesses on medial gastrocnemius function, and to use ultrasound to better assess the relative stretching of muscle and tendon.

“We’ve used the ultrasound on unimpaired individuals and stroke patients, and our next goal is children with cerebral palsy, which we think will give us an even more in-depth answer of the impact on muscle function,” she said. “For now, the most important thing is that our designs are adjustable and adaptable to meet the diverse needs of these patients. By using smart, wearable sensors, machine learning algorithms, and adaptive devices, we can hopefully create devices in the future that adapt, learn, and grow with each individual.”