Camp He Ho Ha could turn away hundreds of campers if it can’t hire enough staff. 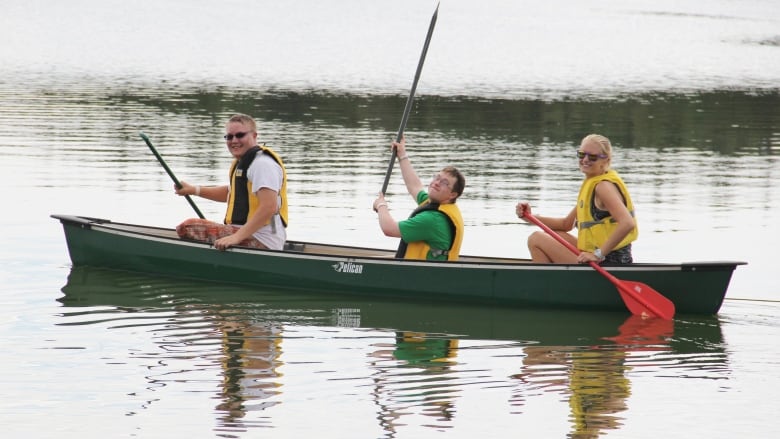 Counsellors canoe with a camper at Camp He Ho Ha on Lake Isle, west of Edmonton. Submitted by Greg Nielsen

An overnight camp for Albertans with disabilities is days away from cancelling summer programs due to a worker shortage.

Typically about 200 university students from across the country apply for 40 summer positions, but this year, Nielsen has not received enough applications to even begin interviewing candidates.

Cancelling camp would disappoint about 550 pre-registered campers and their families, he said.

Nielsen does not know what is driving the shortage, but suspects the pandemic could have something to do with it. For the first time, several applicants asked him if they could work from home.

“We’re a summer camp and we’re here looking after people with special needs and doing fun things on the lake, so obviously not an option,” he said.

He said raising wages is also off the table because donations to the non-profit have decreased, rental income evaporated during the pandemic and lower-income families could not afford higher camp fees. 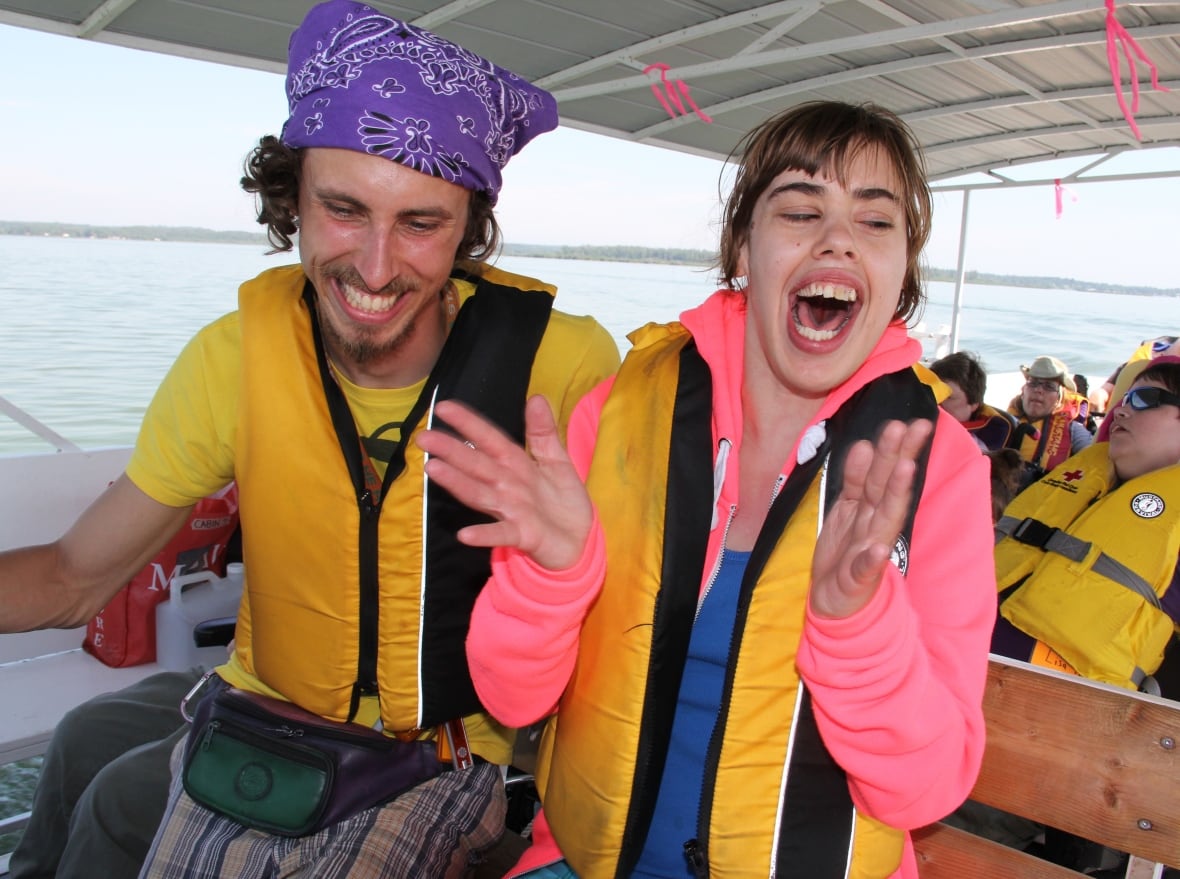 Campers and staff at Camp He Ho Ha enjoy a boat ride on Lake Isle. Submitted by Greg Nielsen

Nielsen said he had planned to tell campers by April 1 if camps would be running, but he is trying to postpone the decision and hopes candidates apply at the last minute.

He said the jobs are very rewarding and offer free room and board.

“Staff all the time say, ‘it was probably the most difficult summer of my life but it set me up to believe in myself that I could do anything I ever wanted to tackle going forward,'” he said.

Catherine Perry’s 48-year-old son, Curtis, has attended Camp He Ho Ha for more than a decade.

She said her son, who has autism, looks forward to camp every year. As the family drives from Sherwood Park to Lake Isle’s Seba Beach, about 80 kilometres west of Edmonton, Curtis bounces up and down with excitement. 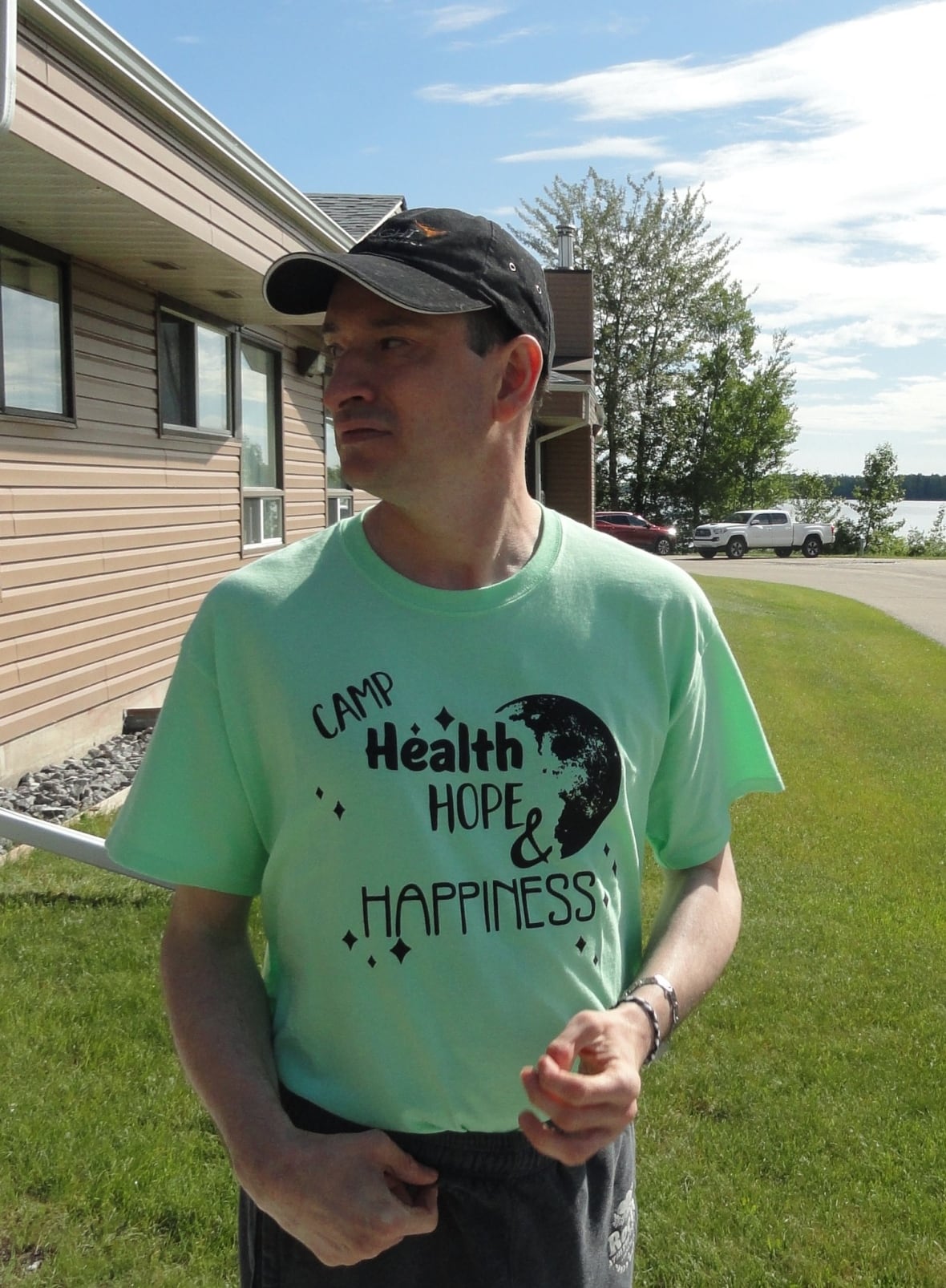 Curtis Perry wearing a Camp He Ho Ha t-shirt in 2018. Submitted by Richard and Catherine Perry

He usually attends with an aide, but Perry has accompanied him during his week-long stays several times.

She said she appreciates the camp’s accessible layout and she became emotional while recalling campers singing and playing with counsellors.

Camp also gives parents a chance to take a vacation without worrying about the safety of their children, she added.

Because of pandemic-related cancellations, some families, hers included, have not taken a summer break for two years.

“I can’t even imagine telling these kids that for the third year in a row, they’re not going to go to camp,” she said.

“It’s going to be hard on people.” 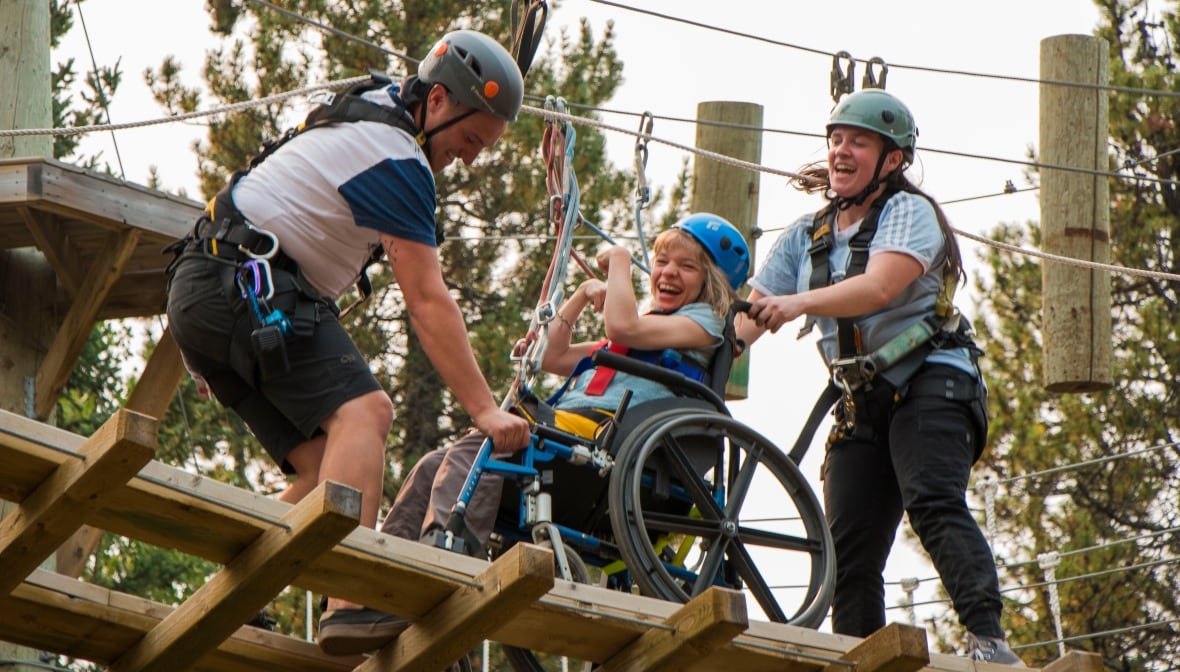 Camp Horizon is opening for the first time since the pandemic, but at 75 per cent capacity this summer. Submitted by Easter Seals. CBC

She said she has hired 75 per cent of staff for the summer and has more interviews to do.

Gurski, who is also the vice-chair of the Alberta Camping Association, said her camp’s experience is not the norm.

“Lots of camps are really struggling this year,” she said.

She said her non-profit has spent a lot of time recruiting and applying for grants so it could pay above industry standards. 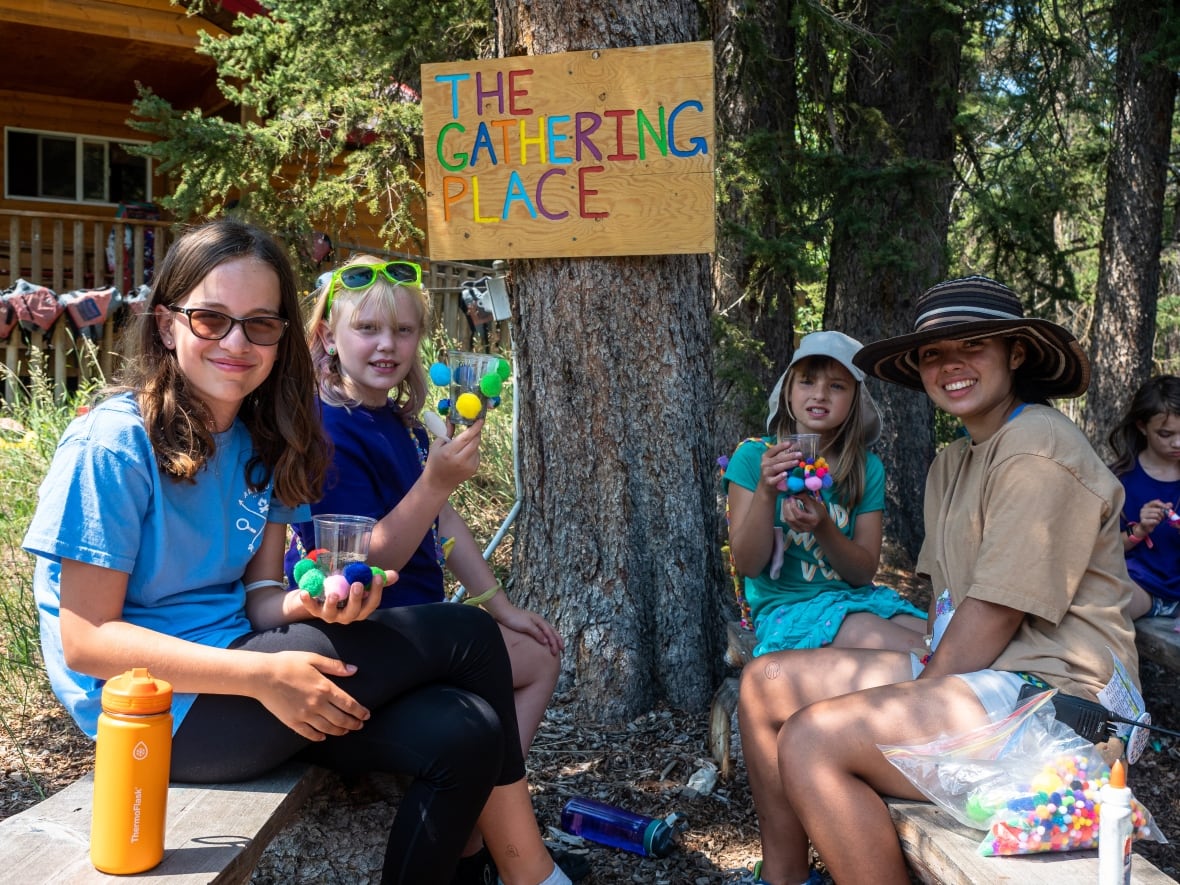 Campers and staff work on a craft at Camp Amicus. Luke McKinnon

Lanny Anderson, chief operating officer for the Goldeye Centre, west of Nordegg, said people have been responding to his job postings for summer camp positions but recruiting for some jobs has been more difficult than others.

“The biggest areas that we’re struggling to get applicants right now are some support areas such as kitchen, housekeeping and facility operation,” he said.

He said due to training opportunities being scarcer during the pandemic, it has also been hard to find staff with certain certifications.

Like Camp He Ho Ha, Easter Seals Alberta’s Camp Horizon, near Bragg Creek, serves Albertans with disabilities and medical conditions. It too has found hiring more difficult this year and is about 20 workers short for the summer.

CEO Katherine Such said camps like hers require higher staff-to-camper ratios compared to those that serve the general population.

“We’re going to do everything we can to make sure that we’re able to host camps and see those kids once again,” she said.