1 in 4 Canadians provide care to a family member or friend – StatsCan report. 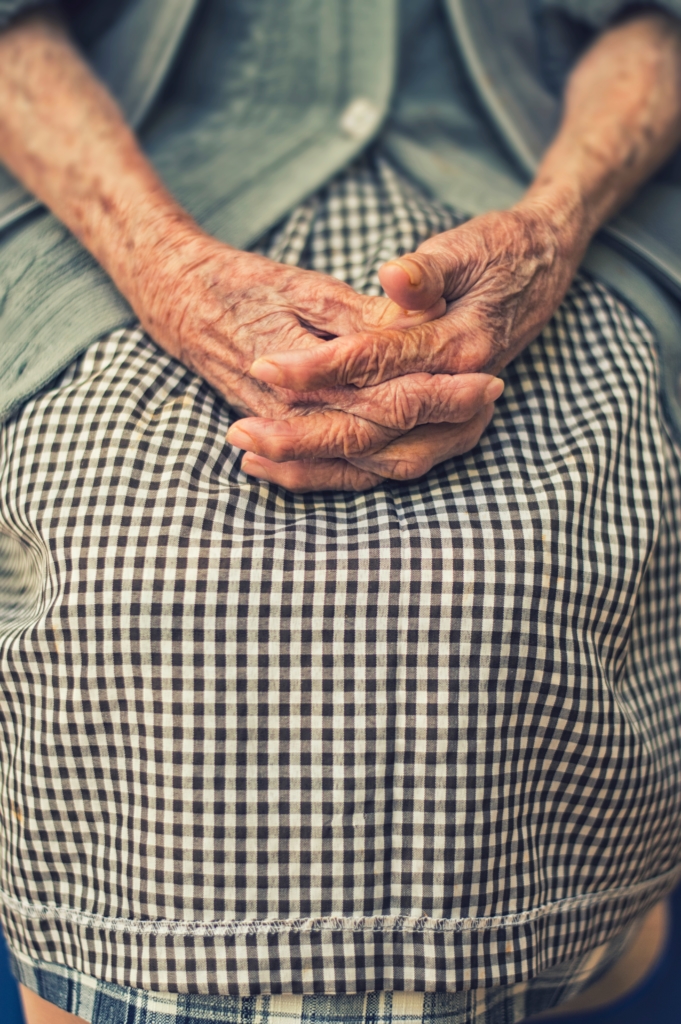 Of those surveyed by Statistics Canada for a report released in January 2020, nearly 70 per cent of caregivers who had received some type of support said that they would have liked to have more government financial support or tax credits. Photo by Cristian Newman on Unsplash

Melissa Lawrence of Moose Jaw, Saskatchewan has two full-time jobs. She is a massage therapist and she is caregiver to her husband David Lawrence, who has Type 1 diabetes.

Melissa has been David’s caregiver since she was 21 years old. Now 39, Lawrence has to feed, clothe and bath David. and change his diapers.

“You’re either working or you’re taking care of him. There’s not much room for anything else,” Melissa said.

She is not alone.

In 2018, approximately one in four Canadians aged 15 and older provided care to a family member or friend, according to a recent Statistics Canada report.

That is about 7.8 million people.

Those needing care struggle with a long-term health condition, physical or mental disability, or problems related to aging.

Shortly after David and Melissa married nearly 20 years ago, he lost his vision. Then his kidney failed.

David got a kidney transplant in 2006. Since then he has suffered two strokes, the most recent in summer 2019.

Of those surveyed by Statistics Canada, nearly 70 per cent who had received some type of support said they would have liked to have more government financial support or tax credits. The next most common unmet need is home care, with 40 per cent. 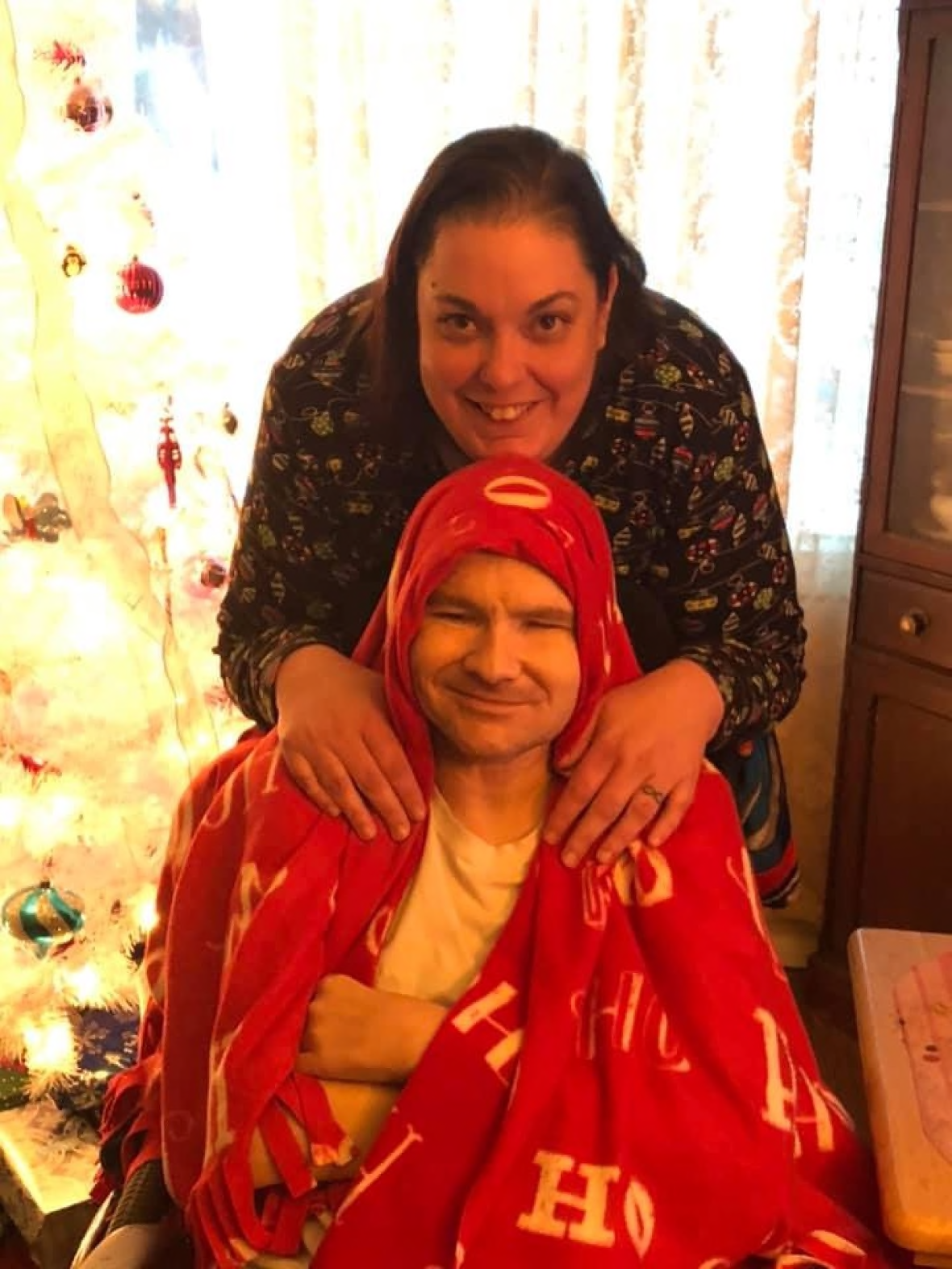 Melissa said her biggest challenge is surviving off of her sole income and David’s small pension, left over from before he was too sick to work.

“You’re on a super tight budget. If any little things happens, that can throw that out the door,” Melissa said.

Melissa said the couple gets both a disability tax credit and a caregiver tax credit from the federal government, but that it isn’t enough when living off of one income.

She said the couple could use extra government funding once a month to go toward better equipment to lift David out of bed, diapers and bed protectors.

“I think that would make a big difference,” she said. “All the little things… they’re on us [as caregivers] to take care of.”

Melissa said that even though she is lucky enough to have David’s parents and her brother around to sometimes help care for David when she is at work, she has very little time to focus on herself. Even if she did have time, she said there is no mental health support for unpaid caregivers like herself in Moose Jaw.

The program provides caregivers with tools to help them stay mentally healthy while carrying out their responsibilities. She says mental health is difficult to maintain for many caregivers.

Rackow said a lack of self-care can cause some caregivers to develop post-traumatic stress disorder, addiction or compassion fatigue.

“Imagine you have a container full of compassion or empathy. You can only give until that container is empty. And then after that people tend to struggle with compassion fatigue and that can lead to terrible things. It can lead to situations of abuse.”

Nora Spinks, CEO of the Vanier Institute of the Family — a Canadian research and education organization geared toward increasing public understanding of the complexities and family life — said that caregiving strains are a common part of family life.

“It can be very taxing on families,” Spinks said.

She said there is a need for local and federal governments to help provide support for caregivers.

“The reality is families are the most adaptable institution that we have. So families will adapt and adjust and evolve very quickly. And oftentimes [with] public policy and community programs… there’s a bit of a lag time. It takes a while to catch up,” Spinks said.

“Every caregiving situation is so unique that there has to be full collaboration and co-operation between levels of government, between government and community organizations and formal and informal resources.” 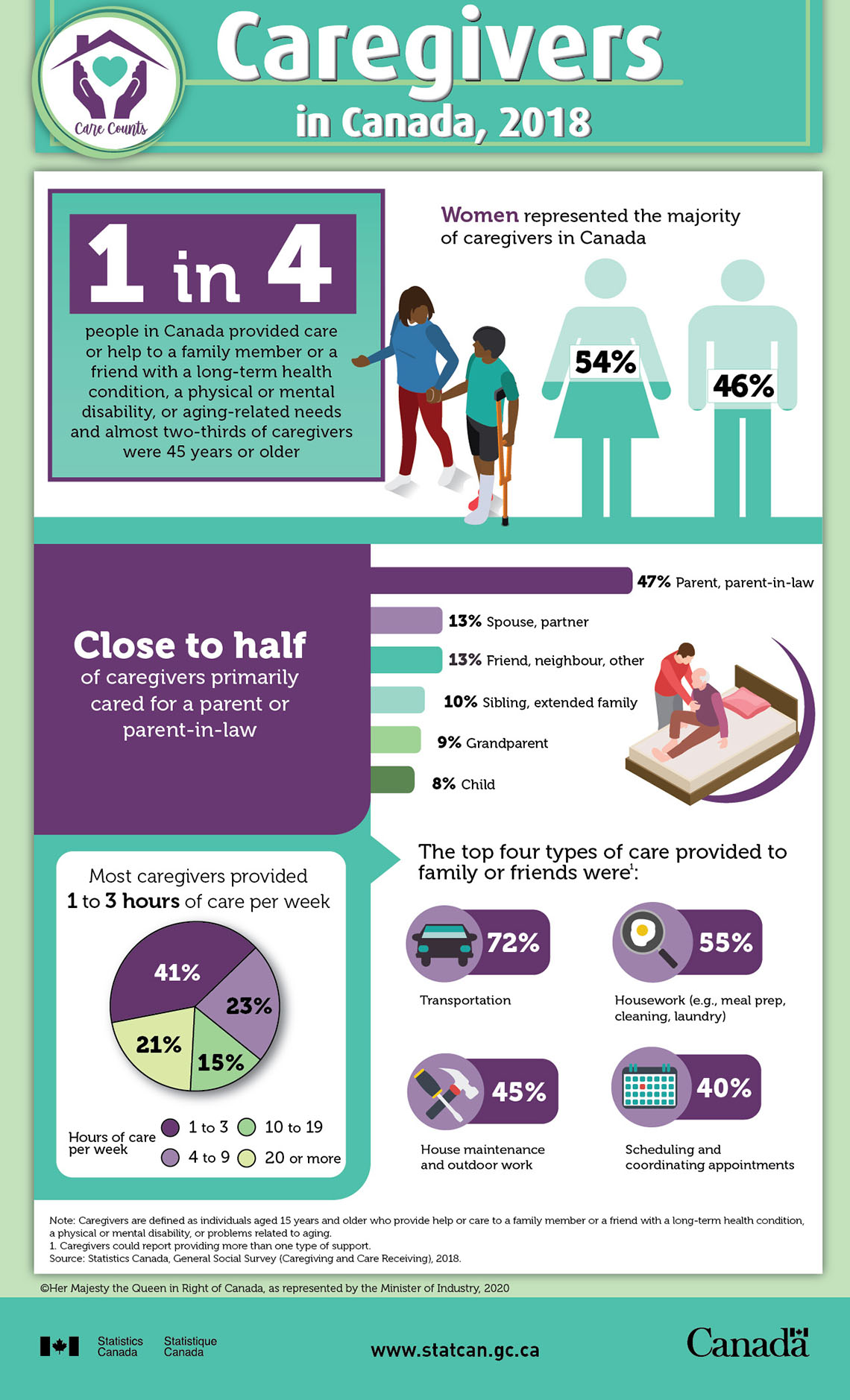