One mother of an adult child with CP told us that his genetic diagnosis absolved her of more than three decades of guilt. Many families felt they finally had a sense of closure.” – Siddharth Srivastava MD, Study Senior Investigator and Neurologist in Children’s Cerebral Palsy, Boston Children’s Hospital 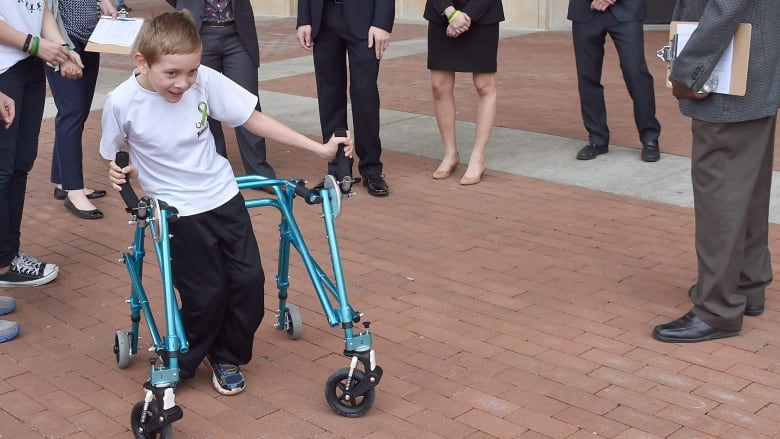 Cerebral palsy, a non-progressing motor impairment that begins in early childhood, has widely been viewed as the result of oxygen deprivation during birth or other birth-related factors such as prematurity. While this is true for many children, new research from Boston Children’s Hospital finds that as many as 1 in 4 have an underlying genetic condition with potential to change the overall approach to their care. The study appears in the Annals of Clinical and Translational Neurology.

In cerebral palsy, the first thing that comes to many physicians’ minds is birth injury or asphyxia,” says senior investigator Siddharth Srivastava MD, a neurologist in Boston Children’s Cerebral Palsy and Spasticity Program who specializes in neurogenetic disorders. “That idea has become pervasive, in both neurology and orthopedics training and in the general public.”

The idea that birth injury is to blame for cerebral palsy (CP) has led some families to file lawsuits. Other families have blamed themselves, believing that something that happened during pregnancy caused their child’s condition.

“One mother of an adult child with CP told us that his genetic diagnosis absolved her of more than three decades of guilt,” says Srivastava. “Many families felt they finally had a sense of closure.”

The research team sequenced the DNA of 50 patients with CP through the hospital’s Children’s Rare Disease Cohorts (CRDC) genomics initiative.

The patients, whose average age was 10, had clinical exams and brain MRIs. They fell into three groups: 20 had a known risk factor for CP, such as prematurity, a brain bleed, or oxygen deprivation; 24 had no known risk factors; and 5 were “CP masqueraders”—meeting most criteria for CP but experiencing deterioration of their condition over time (by definition, CP is a non-progressing disease).

“We wanted to include these three groups to reflect the breadth of patients we see,” explains Srivastava.

The likelihood of a genetic diagnosis was highest for the CP masqueraders: a cause was identified in 3 of 5 patients with progressing CP-like disease (60 percent). Next were patients with CP and no known risk factors: a genetic cause was found for 7 of 24 (29 percent).

Surprisingly, even some patients with a known risk factor for CP, such as asphyxia around the time of birth, had a genetic mutation identified (3 of 20 patients, or 15 percent).

“In one child, we identified a rare genetic disorder which predisposes to early stroke. The other two had genetic conditions not known to be associated with cerebral palsy. Could these have made them more vulnerable to early brain injury? We have much to learn about the interplay between rare gene variants and perinatal events in the development of CP.”

In some cases, the genetic findings led to changes in the patient’s care plan. One child, for example, turned out to have a gene linked to a metabolic disorder and was referred the metabolism clinic; an adult was referred for ocular and kidney evaluations based on his mutation; and an adolescent diagnosed with CP all his life turned out to have a genetic mutation linked to a progressive neurological disorder, alerting his care team to watch for worsening of his condition.

Based on their results, the researchers urge parents and clinicians to consider a genetic cause for any child that has CP without known risk factors, or has CP-like features but whose condition is worsening, and to investigate or refer accordingly.

They also suggest considering genetic testing in children with established risk factors for CP if they have features suggestive of a genetic condition, such as congenital anomalies or other affected family members. Finally, they suggest that children with CP be reevaluated periodically to make sure other aspects of their condition haven’t been missed, or to see if new features have emerged over time.

“This work is groundbreaking and very exciting,” says Benjamin Shore MD MPH, co-director of the Cerebral Palsy and Spasticity Center. “Historically, the diagnosis of CP has been assigned to many children who have elements of muscle tightness and developmental delay without really understanding the cause. We can now investigate these causes with much more detail. I hope in the future we can provide genetic diagnoses for many more children, particularly CP masqueraders.”

Annapurna Poduri MD MPH, co-senior author on the paper, sees a parallel with epilepsy. She directs the Epilepsy Genetics Program and the CRDC’s Epilepsy Cohort Study at Boston Children’s.

“We now have the scientific knowledge to pursue a precise diagnosis for children with CP that is not just descriptive, but that provides answers and may open a door to treating some of the underlying conditions we uncover,” she says. “With precision diagnosis will come precision treatments for more and more children with CP, epilepsy, and other neurodevelopmental disorders.”

How athletes regenerate: Results from competitive sports
How magic tricks help children with cerebral palsy
Hippocampal circuit in brain linked to learning difficulties in Down syndr...
Can your fitness tracker save your life in the ER?
New South Wales Brainwave Camp at Point Wolstoncroft
Suffering from bad knees, some look for alternatives to surgery