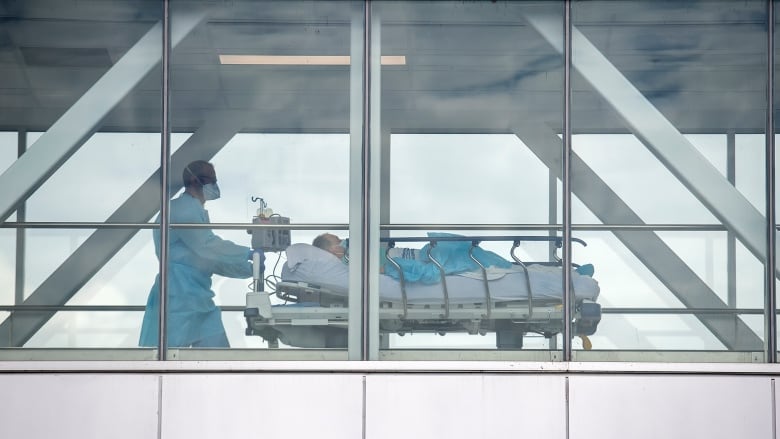 A health-care worker pushes a patient across a connecting bridge at a hospital in Montreal, on Thursday, July 14. The findings of a new Angus Reid Institute poll conducted in Canada and the U.S. in August suggest Canadians are significantly less satisfied with their access to health care than their American neighbours. Graham Hughes, The Canadian Press

Terence Graham has been waiting anxiously for weeks to receive urgent CT scan results after experiencing “noticeable swelling” in the back of his head that gave him “blinding headaches.”

The 55-year-old Canadian Forces veteran, who lives in Laird, Ont., about 40 kilometres southeast of Sault Ste. Marie, said he was checked out at the local emergency department on July 27. Not only did it take nearly three weeks to get the scan, he says he’s since been unable to get the results.

The findings of a new Angus Reid Institute poll conducted in Canada and the U.S. in August suggest Canadians are significantly less satisfied with their access to health care than their American neighbours.

Graham is not surprised.

His family doctor left town in 2020, so in order to get his results, he has to make an appointment with what’s known as a locum — a doctor who temporarily comes into northern and rural areas of the province where there is a lack of physicians. He was due to see a doctor Tuesday but said the appointment was cancelled. If and when he can get another appointment, Graham says the physician likely won’t be familiar with his medical history.

He told CBC News he has friends in the U.S. who brag about their health care, even though it may come with a cost.

“It’s a sad state of affairs if that’s the common belief that we have as Canadians now,” he said. “That’s the belief that I have right now.” 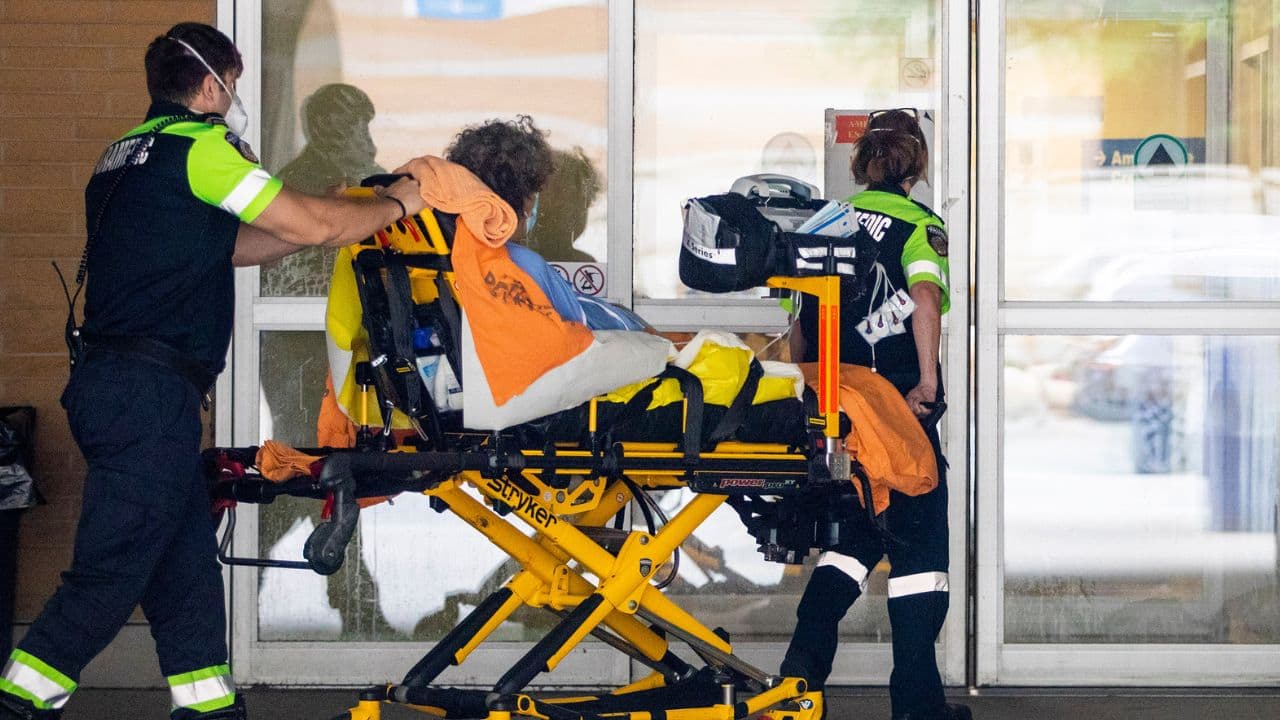 Manitoba’s busiest emergency department was forced to close half of its beds this weekend due to a lack of nurses. It’s just one example of how hospitals across the country continue to struggle. CBC

According to the Angus Reid Institute, 29 per cent of adults have experienced “chronic difficulty” in accessing health care, which represents the equivalent of nine million Canadians.

A further 31 per cent, the equivalent of 9.7 million Canadians, said they had experienced some challenges, even though nearly all (98 per cent) of this group reported having a family doctor.

The situation was similar in almost every region of Canada, in both urban and rural areas.

The type of medical care people had most difficulty accessing included specialist appointments (58 per cent overall), emergency care (54 per cent), surgical procedures (51 per cent), non-emergency treatment (44 per cent) and diagnostic tests (41 per cent).

British Columbia, Saskatchewan, Ontario and the four Atlantic provinces, combined, all had more than 60 per cent of respondents saying they faced challenges seeking the care they needed. The Angus Reid Institute noted British Columbia and the Atlantic provinces were the two regions of Canada where more than one-third of people had chronically difficult experiences accessing health care. 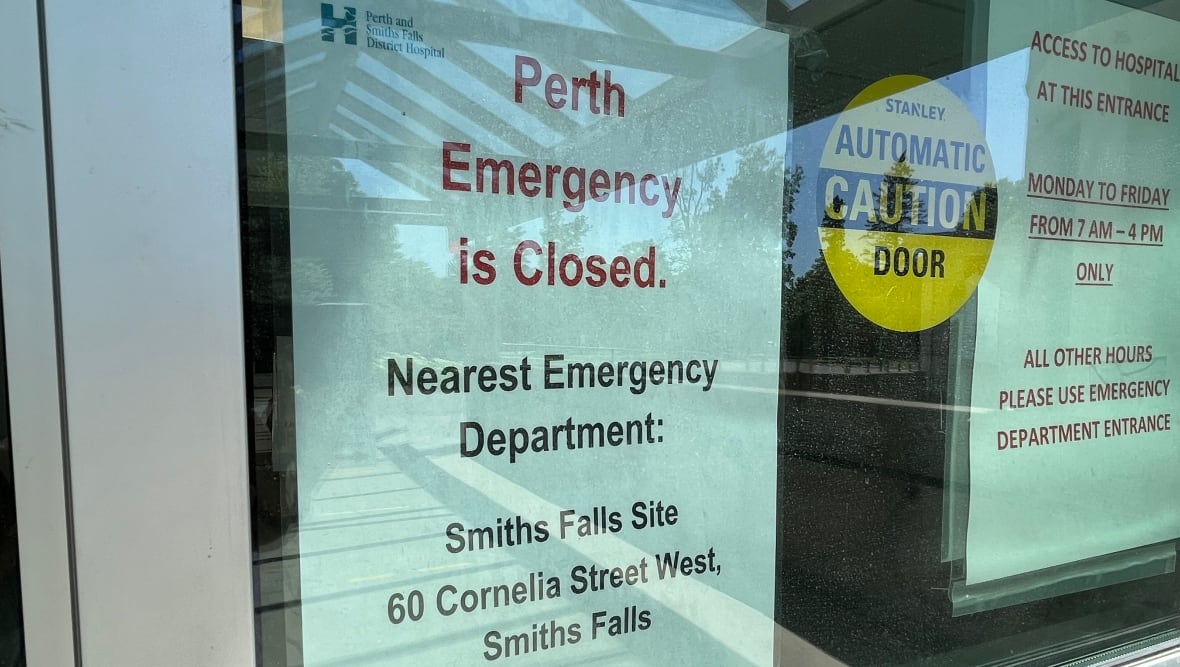 “Canadians have become so used to the narrative that you won’t be turned away,” said Shachi Kurl, president of the Angus Reid Institute. But, she said, “they are being turned away or put on hold indefinitely” because of shortages and the system not functioning properly.

CBC News has reported extensively across Canada this year on emergency room closures and service reductions due to staffing shortages, extended surgery wait times, and the need to offload some procedures to other provinces to clear backlogs, in what’s seen as a health-care crisis.

When it comes to people satisfied with their access to care, the research found 15 per cent, or 4.7 million Canadians, have comfortable access; Manitoba had the highest at 18 per cent, while B.C. had the lowest at 10 per cent.

More than half of respondents nationwide with comfortable access to surgical care said their health improved, while 34 per cent of the people who faced difficulty said their condition worsened.

On average, nearly a quarter of people in the 10 provinces said they didn’t require access to health care in the previous six months.

Even if people didn’t have struggles with the health-care system, they may know someone who did; just over half of the people who took part in the poll said they had family or friends who endured serious (18 per cent) or minor (33 per cent) consequences because they lacked adequate care. 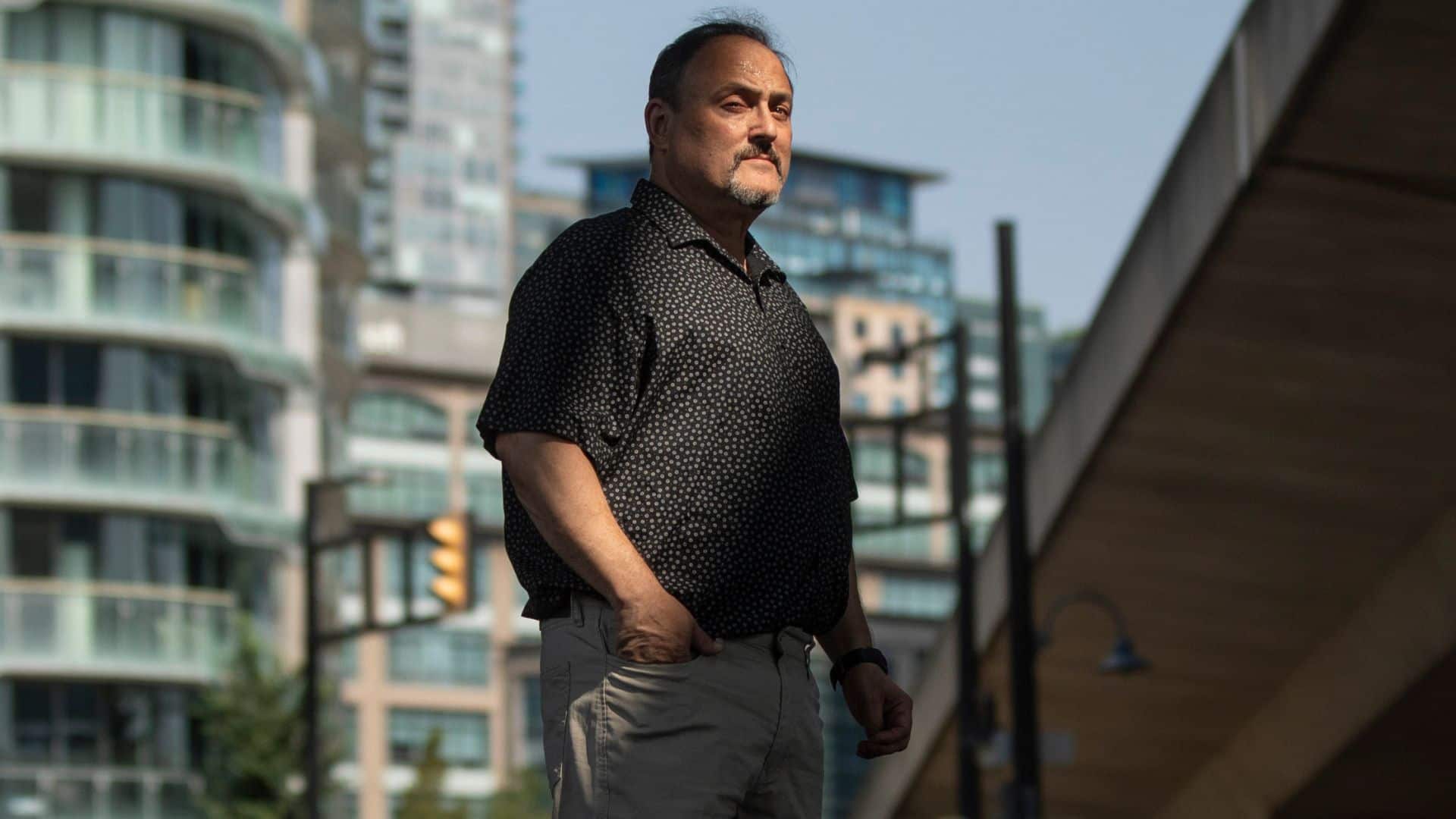 A Vancouver man has placed an ad offering a $5,000 reward to anyone who can help him find a family doctor. Gary Shuster has a rare metabolic disorder that requires consistent monitoring by a physician. CBC

Kurl said there is a perception that access to health care in Canada is better than in the U.S., but that gets “turned on its ear” when you actually speak to Americans.

U.S. citizens have a much more favourable opinion of their own health care system, with almost double the number of Americans surveyed (29 per cent) saying they are comfortable with the access they have.

There were also far fewer U.S. respondents (13 per cent) who said they have chronic difficulty seeking medical care.

Faced with the possibility of needing emergency care, 70 per cent of Americans felt confident they would get it in a timely fashion compared to just 37 per cent of Canadians.

With files from Thomas Daigle

Also see
Canadian Healthcare System Crisis Continues Medscape
Health ministers’ meeting falls short of immediate action to address health system crisis: CMA Canadian Medical Association
Our health system is struggling: what I see as a doctor at the frontlines of a health traffic jam CBC
Connect Care was supposed to revolutionize Alberta Health Services. Then came the pandemic CBC
Amidst staffing shortages, how does the province get more nurses to the front lines? CBC
Alberta emergency room doctors demand solutions to overburdened system CBC
‘Perfect storm’ has Albertans waiting long hours in backlogged hospital emergency rooms CBC
‘Devastating’ effects of chronic staff shortages push Winnipeg ER doctor to consider quitting CBC
‘This is a crisis’: Head of medical association warns that the health-care system faces ‘collapse’ CBC
Why Are We Seeing So Many Public Health Challenges? And What Can We Do About It? NC State University
Canada’s health-care system is a point of national pride. But a study shows it’s at risk of becoming outdated The Washington Post
Chief nursing officer appointed to help deal with health care ‘crisis’: minister CBC
Why financial incentives aren’t enough to deal with health-care staffing shortages CBC
Would more privatization in Canadian health care solve the current crisis? CBC
Ontario isn’t ruling out privatization in health care. Here’s what that could look like CBC
More Problems Accessing Healthcare in Canada Than in US Medscape Medical News
Doctors Open Up About Turning Away Patients With Disabilities Disability Scoop
‘Grave danger’ of further shortages unless more done to attract, retain physicians: Doctors Manitoba CBC