The creators of the app, Pedesting, are asking the public to test their beta version. 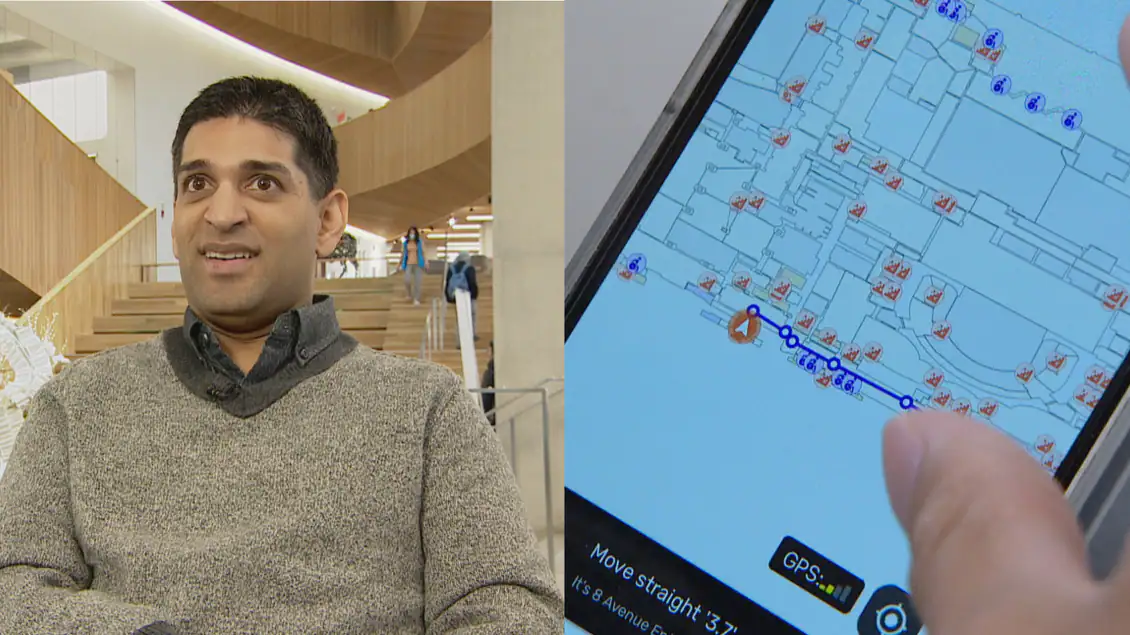 The creators of an app designed for Calgarians with disabilities are looking for your help. The developers behind Pedesting want people of all abilities to give the app a try downtown, and let them know how it went so they can improve their product. CBC

When Nabeel Ramji goes anywhere, he says he usually spends a day planning exactly how he’ll interact with the space he’s visiting.

Ramji has cerebral palsy and uses a power wheelchair. Knowing the best place to get dropped off, if there are accessible bathrooms available and whether there’s an elevator nearby are incredibly important.

“It causes a lot of anxiety on my part,” he said in an interview with the Calgary Eyeopener.

Through the app, users will eventually be able to see where barriers, such as stairs, exist in certain Calgary buildings, and also identify any accessibility aids, like ramps or power door openers.

The app is currently in the testing phase, with data being collected by volunteers at the Arts Commons, Brookfield Place and at the Central Library. 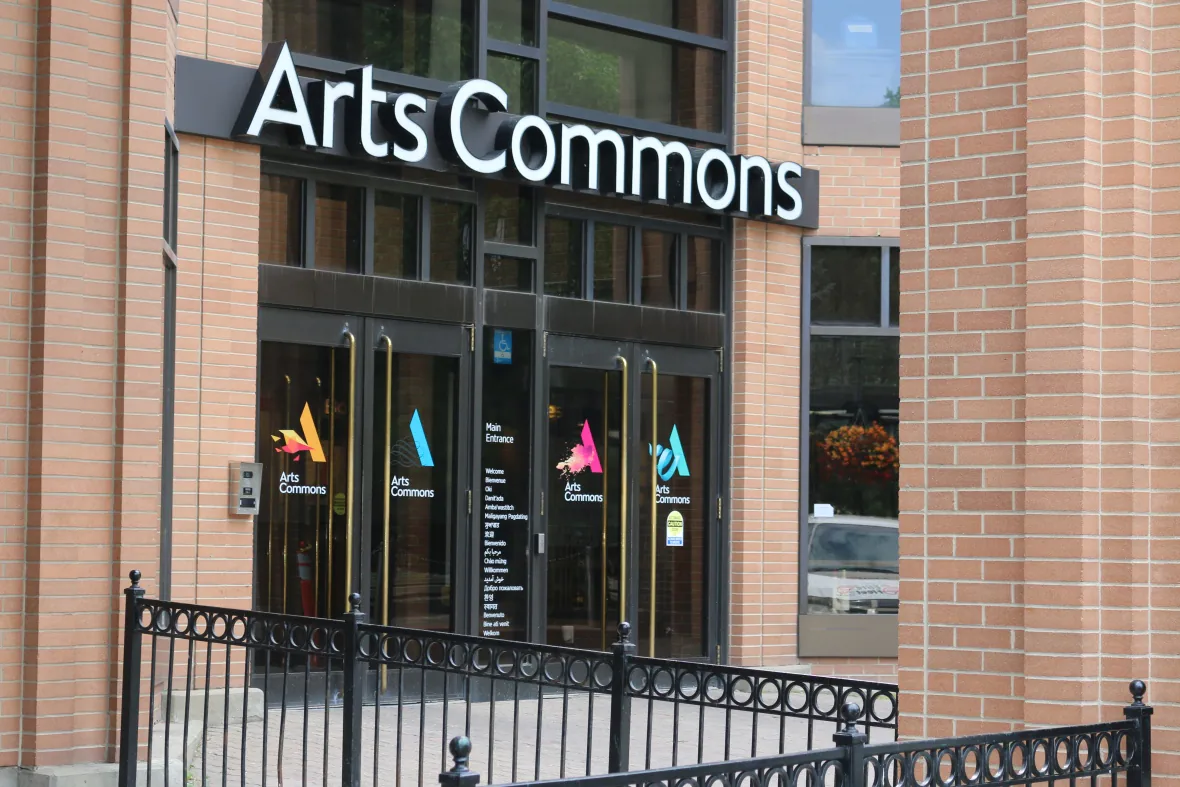 The Arts Commons building on 8 Ave SE is one of the pilot spaces where developers will be testing the Pedesting app. Monty Kruger CBC

Anyone is welcome to use the app and give their feedback, says Pedesting’s chief creative officer Erin Shilliday.

“It works very much like Google except… our focus is the pedestrian space, which is sidewalks and indoor, inside buildings,” he said.

“We’ve got a lot of different beta testers with different abilities. So we firstly want to know if they’ve had success getting where they want to go and found the app to be useful. And then just generally, we’d really like to understand if people enjoy the experience of using the app.”

Testing is taking place until Dec. 31. The idea is to eventually collect data for the entire city.

According to the 2017 Canadian Survey on Disability (CSD), about 19 per cent of people in Calgary aged 15 and older reported having a disability.

The CSD considers disability to be “the result of interaction between a person’s functional limitations and barriers in the environment, including social and physical barriers that make it harder to function day-to-day.”

Raynell McDonough, an issue strategist with the city, says Calgary takes accessibility into account for new projects, going above and beyond what’s required in the building code. 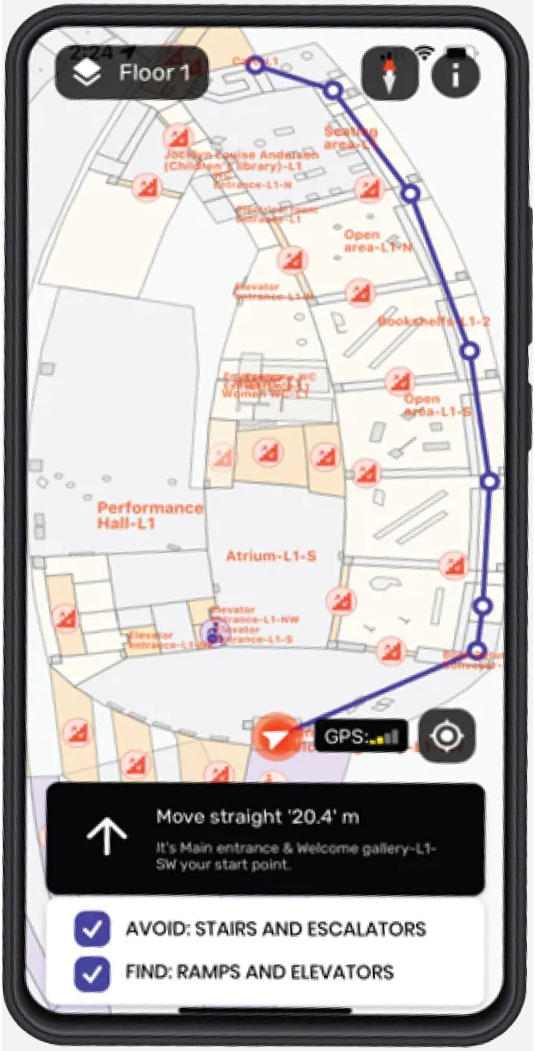 “I think that Calgary… has a lot of great accessibility features. But that said, we do still have a long way to go,” she said.

“Any time that we can find ways like this app to make inroads and provide tools for people… to go about their day unobstructed, then I think that that is a really great move forward.”

A similar app exists in Toronto — with some others in places like Montréal and B.C. aiming to solve more specific problems faced by people with disabilities — but nothing like this exists in Calgary to date, says McDonough.

“We don’t have something that’s so consistent and so focused on accessibility,” she said. “I think it’s a really great initiative.”

The city also often consults with an advisory committee on accessibility made up of residents with disabilities to ensure their needs are being met.

Loraine Fowlow is the group’s chair. She uses a scooter to get around, and she says, like Ramji, it takes extra time to plan an outing.

Where can I park the scooter? Where are the fire exits?” she said. “For people who have mobility challenges, vision challenges, neurodiversity challenges, knowing in advance what their route is going to be is crucially important.”

Sometimes, those barriers can even stop someone from leaving the house, she said, whether it’s a concern a restaurant won’t have accessible tables or a store won’t have a ramp.

“It is the environment that disables people,” she said.

Fowlow says she loves the idea of an app to solve that problem.

The developers say they’ll also be crowdsourcing information on other barriers found around the city.

As snow continues to coat the ground, Fowlow says she wonders if there’s an ability to gather information on plowed sidewalks. The city is responsible for clearing some areas, but it’s also up to Calgarians to do their part, she said.

“Snow and ice, a major barrier for those who use mobility devices,” she said.

“For those who are visually impaired, you know, coming across a snow bank, if you only use a cane and have no usable vision, is a challenge. Even parents with strollers, seniors. Accessibility is for everyone.”

Fowlow says she plans to take part in the beta testing for the Pedesting app.

The city is interested in seeing the results, McDonough says, but they’d also like to see the app tested in areas outside of the downtown.

For now, Ramji says they’re looking forward to the first round of data coming in.

“We’re pretty excited about helping people get out and about,” Ramji said.

“We really feel like anybody can use our app whether you’re walking or rolling, so that’s kind of why we’re building it for everybody and not just people with disabilities. We can all benefit.”