‘It’s not good to be flying blind,’ says one doctor pushing for change. 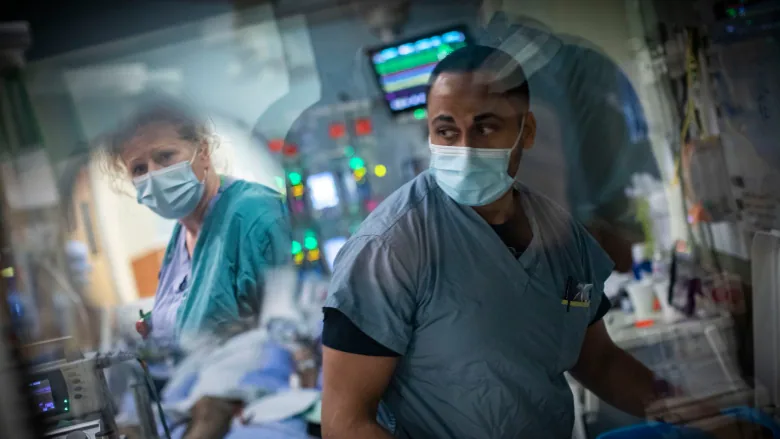 Nurse Dave Riar checks on a patient in the intensive care unit at the Royal Columbia Hospital in New Westminster, B.C., on Thursday, March 31, 2022. Medical front-line staff in Canada say problems persist when it comes to sharing everything from patient information to aggregate medical and staffing data. Ben Nelms CBC

All the missteps in his case meant it took 407 days from his first complaint for Price — an engineer, pilot, and athlete — to be diagnosed with cancer. He died three months after his doctor said he should see a specialist, and while he was being passed between multiple doctors, his health data often was not.

Now, his sister, Teri Price, says too little has changed in medical information-sharing in the decade since her brother’s death. This, despite a review of his case — the 2013 Alberta Continuity of Patient Care Study — that recommended life-saving changes to the health-care system to avoid more experiences like his.

So, she’s fighting to improve the system that she says not only failed her brother, but keeps failing to change.

“He was never afraid to back down from a challenge,” said Price.

Price says that Canadians assume that their health information is shared between doctors to keep them safe and studied to improve the system, but often, it’s not. And medical front-line staff in Canada say problems persist when it comes to sharing everything from patient information to aggregate medical and staffing data.

“Information tends to be broken up between the services that patients attend,” said Ewan Affleck, a doctor in the Northwest Territories who has spent his career fighting for better data access, and a member of the expert advisory arm of the Pan-Canadian Health Data Strategy Group.

“The cohesion and use of health data in Canada is legislated to fail.” 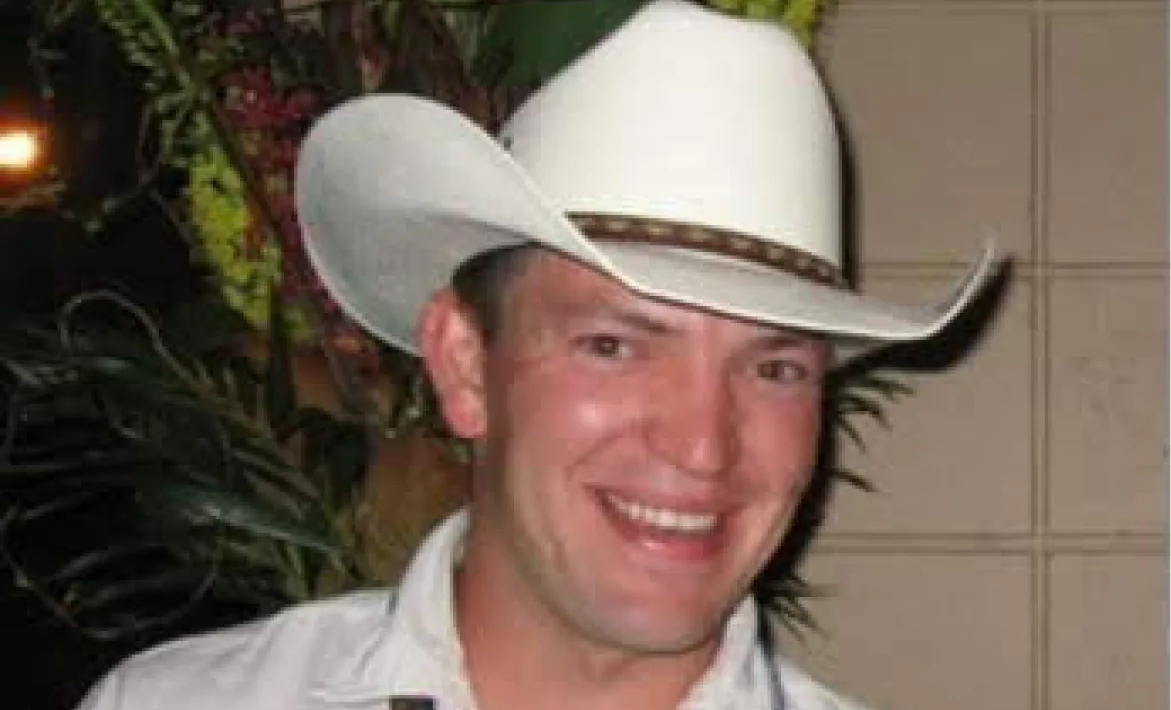 Greg Price was 31 years old when he died after falling through the cracks of Alberta’s health-care system. Price family photo CBC

Canada has no national database for its more than 100 health authorities and regions to compare human resources and health data. This includes everything from wait-times to staffing shortages.

Last May, the dire need for better health-data sharing was outlined in a report, called the Pan-Canadian Health Data Strategy, which noted that, if a stronger health data foundation had been in place, “health inequities experienced during the pandemic would have been reduced and lives would have been saved.”

Canadian Health Minister Jean-Yves Duclos had said he was prepared to increase health-care funding by an unspecified amount if provinces agreed to a “meaningful expansion in the sharing and use of common key health indicators and to build a world-class health data system for Canada.” 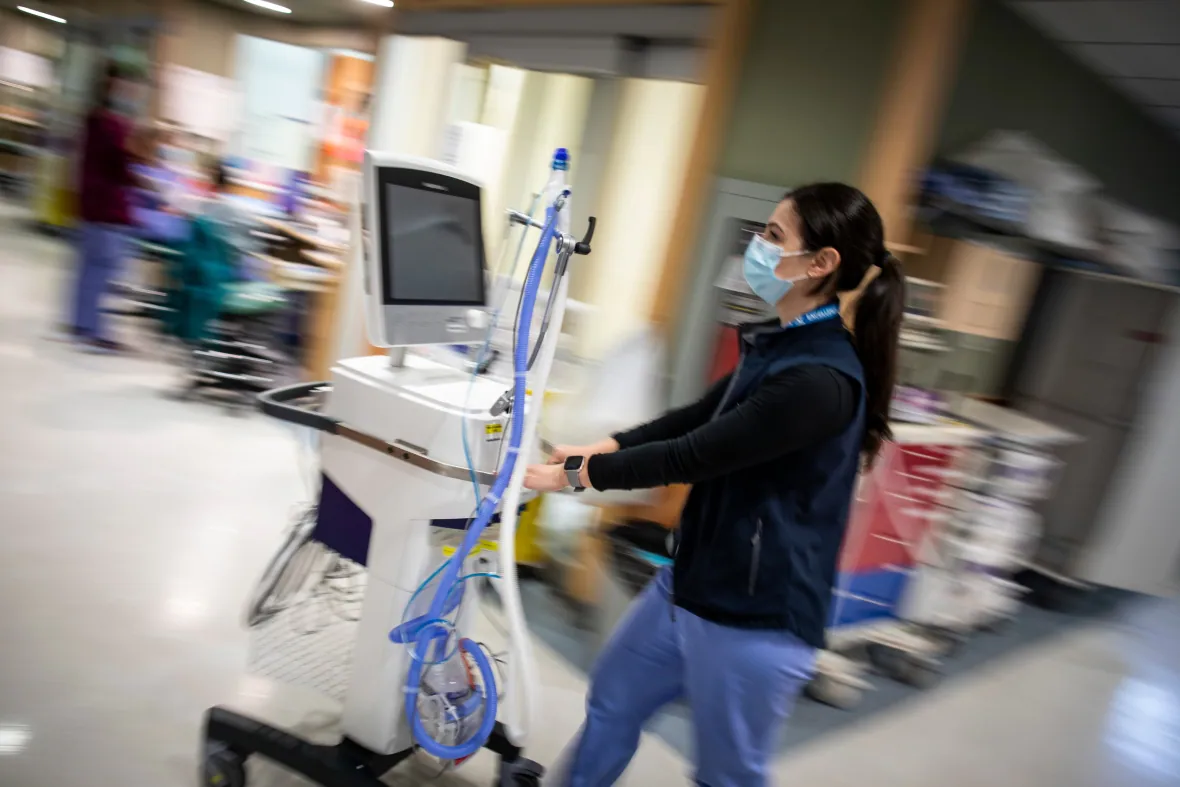 Stephanie Stanton, a respiratory therapist, pushes a ventilator in the intensive care unit at the Royal Columbia Hospital on March 31, 2022. Ben Nelms CBC

But the Vancouver meeting ended without resolution after Canada’s premiers released a statement that said “no progress” had been made, and Duclos walked away.

The federal Health Ministry declined an interview request from CBC News, but a spokesperson wrote in an email: “Improving the ability to collect, access and share timely and comparable data will save lives.”

A national health database would be welcomed by the Canadian Nursing Association, which is pushing for patient ratio standards. It’s difficult to even gauge overall nursing shortages without national data, according to B.C.’s nursing union.

“There’s no real current data out there to tell us exactly how much we’ve actually lost. Like we’ve been saying, we need 25-to-30,000 nurses. We may need a lot more than that,” said veteran emergency room nurse Peggy Holton, of the B.C. Nurses Union.

Holton works in one of the largest emergency departments in North America, which she says sees 500 to 600 patients per day.

Holton says nurses endure too much “moral and mental despair” as a result of under-staffing, especially during crises — like the heat dome event — when they were so short-staffed they were forced to bypass patients in need of pain care or toileting to handle multiple resuscitations.

Holton said she’s seen many new nurses quit due to the stress.

“I find them in a corner somewhere, just crouched down, going, I can’t take this anymore, I can’t do this.”

She said many Canadian hospitals are forced to use more expensive contract nurses, costing millions of dollars extra every year — data that she says should be analyzed and used to solve the staffing crisis.

In Canada, health-care funding is the responsibility of the provinces and territories, which oversee health authorities. Each of those authorities gather their own statistics and data in their own way, on various platforms, and not all share the same data in the same form.

While emergency wait-time averages, staffing and patient deaths are all tallied, it can be challenging to find or access those figures.

That’s a problem, said Affleck of the Pan-Canadian Health Data Strategy Group. He says running a health-care system with limited data is like flying a plane with hidden instruments.

“It’s a crisis. It’s not good to be flying blind,” said the doctor, who said he has seen patients die because key information is missing.

“Information we require is missing or difficult to access. It puts people at risk.”

Affleck learned first-hand the challenges of providing safe, quality medical care with missing information. One of his first patients was an infant dropped on a cement step. He recalls struggling to interpret a muddy X-ray with little experience and no radiology support.

The infant survived, but the experience inspired Affleck to spend decades trying to help develop virtual tools to help serve remote Northern communities — and save lives.

Fort Providence became the first fully digital nursing station in Canada. Now remote nursing stations in the Northwest Territories use a single chart, except Lutsel’ke, due to internet issues.

“If we don’t have information, the likelihood we will make an error increases,” said Affleck. 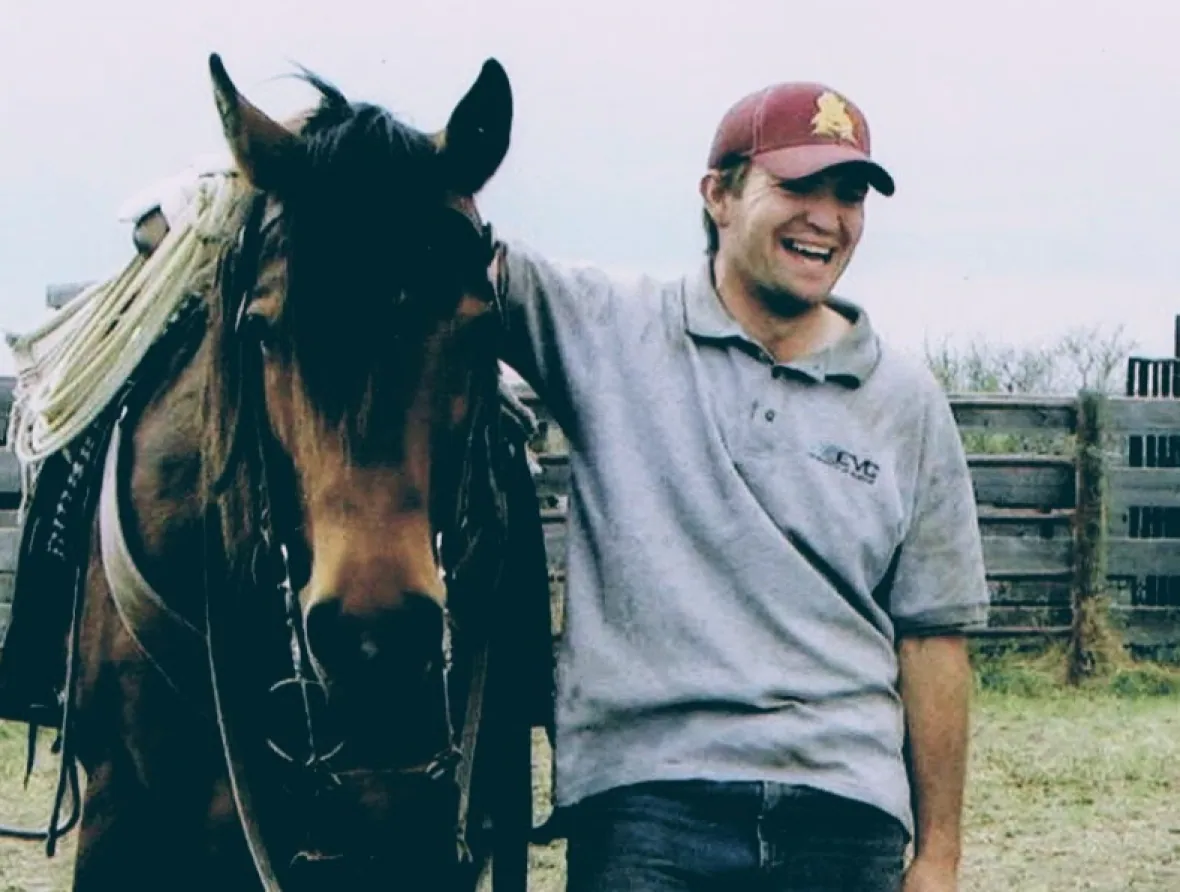 Price was an active man who enjoyed flying a plane, playing sports and spending time on the farm. Price family photo CBC

While the Canadian Institute for Health Information (CIHI) does gather and share health data, the institute says it has been working with governments and health authorities to improve access to comparable data across the country.

But Affleck says that data is often fragmented or incomplete.

“We’re trying to practice digital health with analog governance and policy, and it ain’t working. It is damaging all of us,” he said.

Teri Price, Greg’s sister, agrees. That’s why she keeps pushing for better data-sharing so that no one else will lose a loved one due to cracks in the system.

“Why would you not want to be able to do some of that apples-to-apples comparison and learn?”

Also see
Is Canada bad at sharing public data? COVID-19 rekindles an old debate CBC
‘This is not just a case, this is a person’: Film hopes to prevent patients from falling through cracks CBC
Why the failure of Canada’s health ministers to reach a deal matters for your health care CBC
Top doctor says B.C. is sharing data on health care workers with COVID-19, with some caveats CBC
Calgary ER doctors say don’t blame them, long wait times a result of a systemic crisis CBC
Kids are getting hit hard by respiratory viruses. Here’s what scientists know — and what they don’t CBC
CIHI Health Expenditures snapshot Canadian Institute for Health Information