Being able to walk outside for several blocks at a leisurely pace plays an important role in living a vibrant, healthy life. Walking short distances allows you to get the physical activity you need, live independently, go shopping, access health care, and engage in a social life. 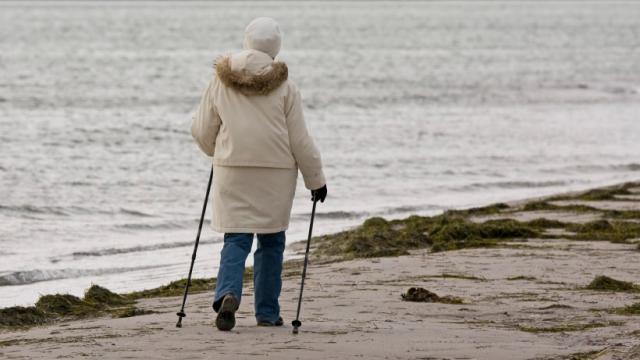 Older adults who got 45 minutes of moderate activity, such as brisk walking, per week were 80 percent more likely to improve or sustain high future function over two years compared with those doing less. Northwestern University

Until now, there has been no ideal way for healthcare providers to measure walking ability, since it involves more than just walking speed. It also is about how you deal with your environment (such as uneven pavement) and demands on your attention (such as traffic, other pedestrians, and street crossings).

In a new study, researchers assessed ways to measure complex walking tasks to learn more about early, subtle changes in walking. Their study was published in the Journal of the American Geriatrics Society.

The researchers studied information from the Health Aging and Body Composition (Health ABC) study, which enrolled black and white adults in Pittsburgh and Memphis from 1997 to 1998. The participants were 70 to 79 years old when they entered the study, and they had no difficulty walking a quarter mile or climbing 10 steps without resting.

In the study, participants walked on several different paths and were given several different challenges to measure their walking speed and their ability to cope with mental and physical tasks at the same time. Researchers then followed up with participants every six months to see if they had any difficulty walking one-quarter mile due to a health or physical problem.

Participants who reported having mobility disability were more likely to be female, have diabetes, be obese, have knee pain, and experience breathing difficulty. They also had more symptoms of depression.

The researchers concluded that slow walking speed under both usual-pace and complex conditions was associated with greater risk for developing mobility disability over the next eight years.

They also concluded that measuring your simple walking speed in the healthcare provider’s office may be enough for your provider to learn whether you might be at risk for future mobility problems.