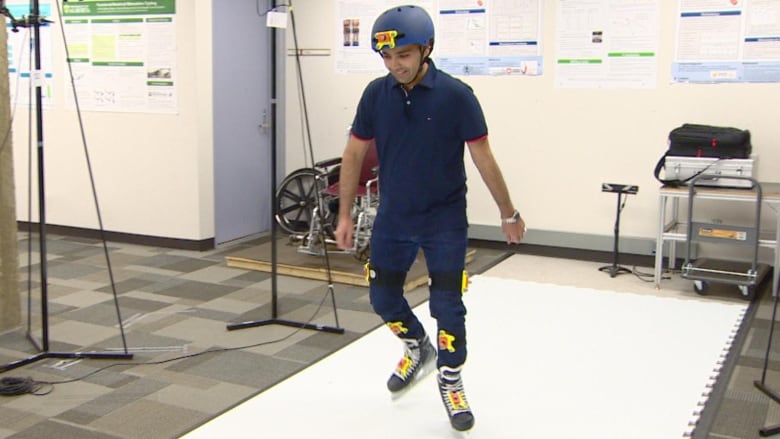 Researchers at the University of Alberta are developing a wearable technology they say will help with athletic assessment and rehabilitation. Scott Neufeld CBC

Researchers at the University of Alberta with the help of a top student from China are developing wearable technology to aid in athletic assessment and rehabilitation.

The technology, comprised of wearable sensors and augmented-reality headsets, shows the motion patterns of athletes in the form of 3D avatars, in real time.

The sensors, attached to shoes or skates, as well as shins, thighs and helmets, can detect subtle movements that can’t be observed by a coach’s eye alone, said Hossein Rouhani, an assistant professor in the department of mechanical engineering. The user’s actual performance can then be computed and compared to targeted performance. 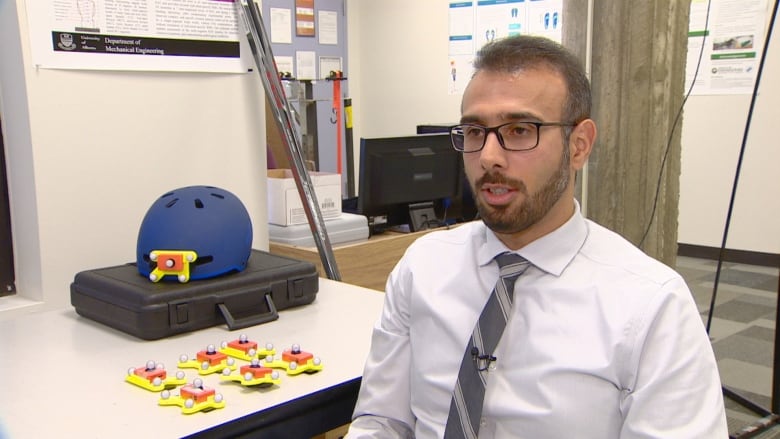 Hossein Rouhani is an assistant professor in the University of Alberta’s department of mechanical engineering. Scott Neufeld CBC

The project was inspired by a conversation Rouhani had with a former professional athlete.

“Because of the incorrect or sub-optimal training he received during his childhood, later on after a few decades he suffered from muscular-skeletal injuries that led to his early retirement,” Rouhani said. “So for us, it’s important to develop some tools for instrumented athletic training so that we can minimize the risk of athlete injury.”

Speed and cadence can be as important as vital signs such as body temperature, blood pressure, heart rate and respiratory rate.

The sensors being developed at the U of A are unique, the researchers said, because of their subtle, detailed observations and the technology’s ability to help users track physical performance by themselves, using headsets. 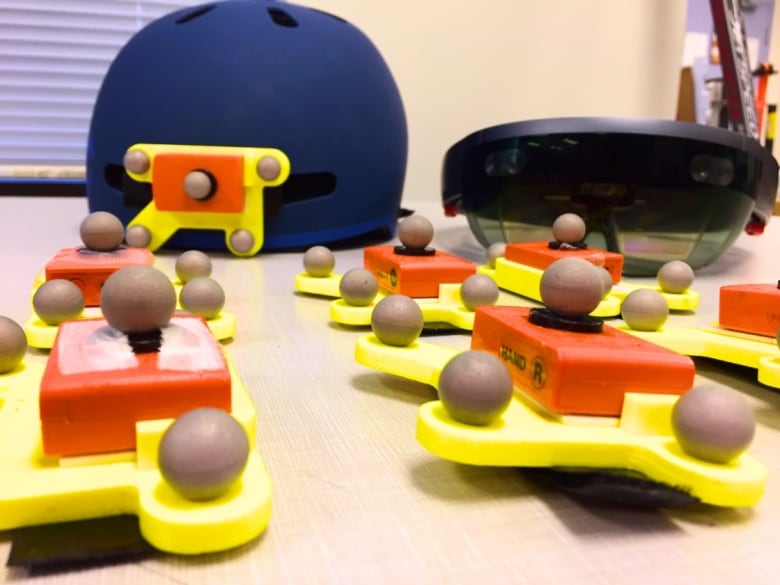 The technology is expected to be usable in clinics for rehabilitation purposes in one or two years, with the athletic assessment version expected to be ready to be used by university athletics teams at about the same time, Rouhani said. It is expected to be available to more professional athletes in three to four years, he said.

Michael Xiu, an international student with the Mitacs Globalink program, which recruits top students from around the world to advance Canadian research, has played a pivotal role in the development of the technology, Rouhani said. 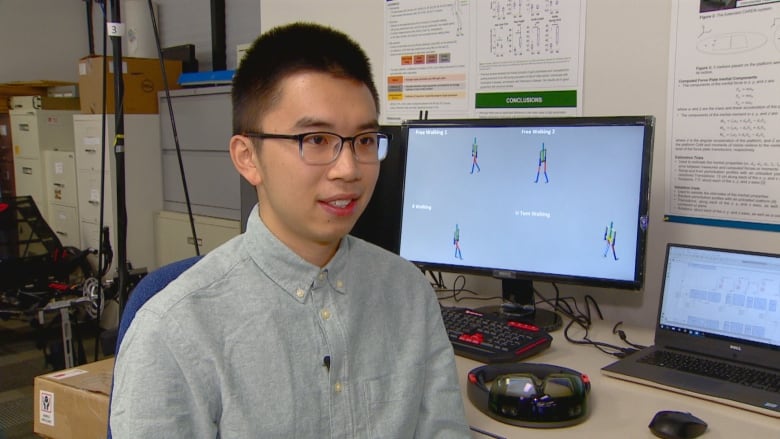 Michael Xiu, an international student with the Mitacs Globalink program, has played a pivotal role in the development of wearable technology at the University of Alberta. Scott Neufeld CBC

The 20-year-old computer research scientist is an undergraduate student at China’s Sun Yat-sen University. He is spending three months in Edmonton to contribute his programming expertise to develop the augmented reality solution.

Xiu, who plays tennis, football, basketball, and sports video games, said he is passionate about the research.

“To be a research fellow at a top Canadian university is precious to me,” Xiu said. “Now I can put my experience into study and push forward into pragmatic research.”