The ability to move about may deteriorate when ageing, a phenomenon which needs to be considered when assessing physical activity in older people. A study on active ageing at the University of Jyväskylä examined movement that exceeds the intensity of preferred walking speed. 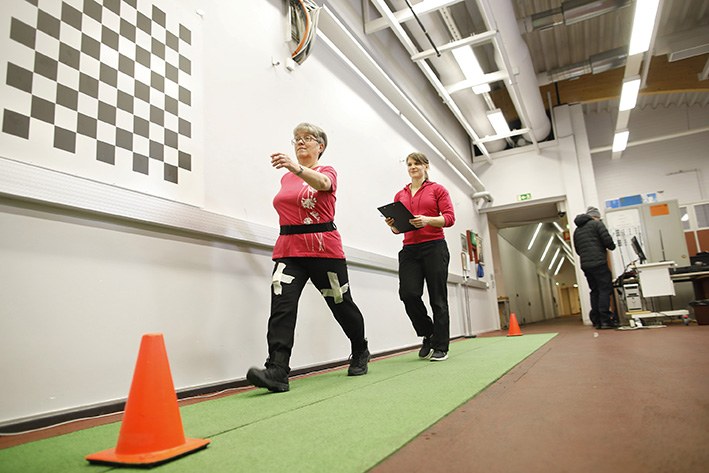 In the study at the University of Jyväskylä, preferred walking speed was measured in a six-minute walking test. In addition, the participants wore an activity monitor while living their day-to-day life.

“By measuring their preferred walking speed we were able to assess the time that our participants exercised more strenuously than what is their usual exertion level and what is beyond their comfort zone,” explains postdoctoral researcher Laura Karavirta from the Gerontology Research Center and Faculty of Sport and Health Sciences.

The participants in the study accumulated 62 minutes of activity, on average, beyond the intensity of their preferred walking speed. Interestingly, the amount of activity was similar in 75-, 80- and 85-year-old people, regardless of age.

“The new method enables us to investigate physical activity as individual behaviour, which is not influenced by fitness level,” Karavirta explains. “A physically active lifestyle is about challenging oneself according to one’s own abilities. Light intensity movement is also important, but at least moderate exertion is required for improving physical performance.”

The prevailing recommendation for all adults is a minimum of 150 minutes of at least moderate intensity physical activity per week. The general definition for moderate intensity is equivalent to exceeding three times the energy consumption of rest. Individual exertion at this intensity varies according to person’s fitness level.

“For most young adults, it feels easy and corresponds to slow walking but for some older adults it may be the hardest effort they can perform,” Karavirta says.

The study is part of a larger AGNES study for 75-, 80-, and 85-year-old people living independently in Jyväskylä, which is funded by the Academy of Finland and European Research Council. Out of 1,021 participants, 444 took part in this study, where a motion sensor was attached to the thigh for a week and preferred walking speed was measured in the laboratory as the average speed in a self-paced six-minute walking test.