Retired doctor needed to build strength after stroke 2 years ago. 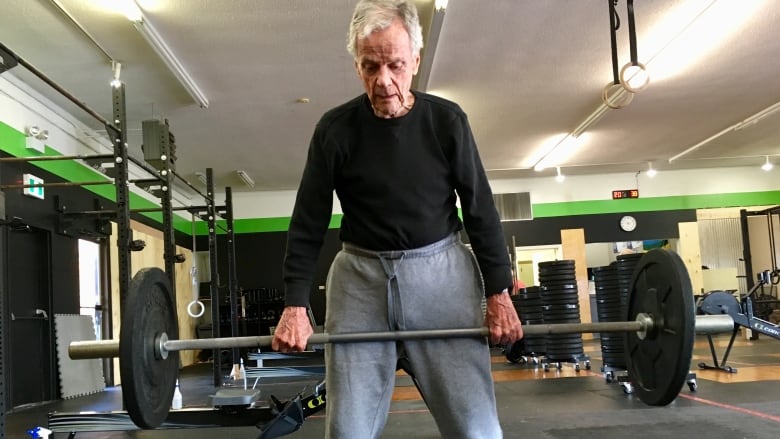 He also worked in some shoulder presses, sit-ups, push-ups, pull-ups and a 200-metre row.

Not bad for a guy who until recently had never lifted a weight.

“I find that the time sort of hangs heavy on one’s hands at this stage in life. And I’m very interested in finding something new that’s different – that’s why I’m here.”

Two years ago, Mason suffered a stroke. His brain function was not impacted, but his body was. He became unsteady on his feet and needed a cane to get around.

“I figured out that part of the wobbliness was that I was very weak. It wasn’t so much a neurological deficit, but I figured if I could get the strength component dealt with, then I would be less wobbly.” 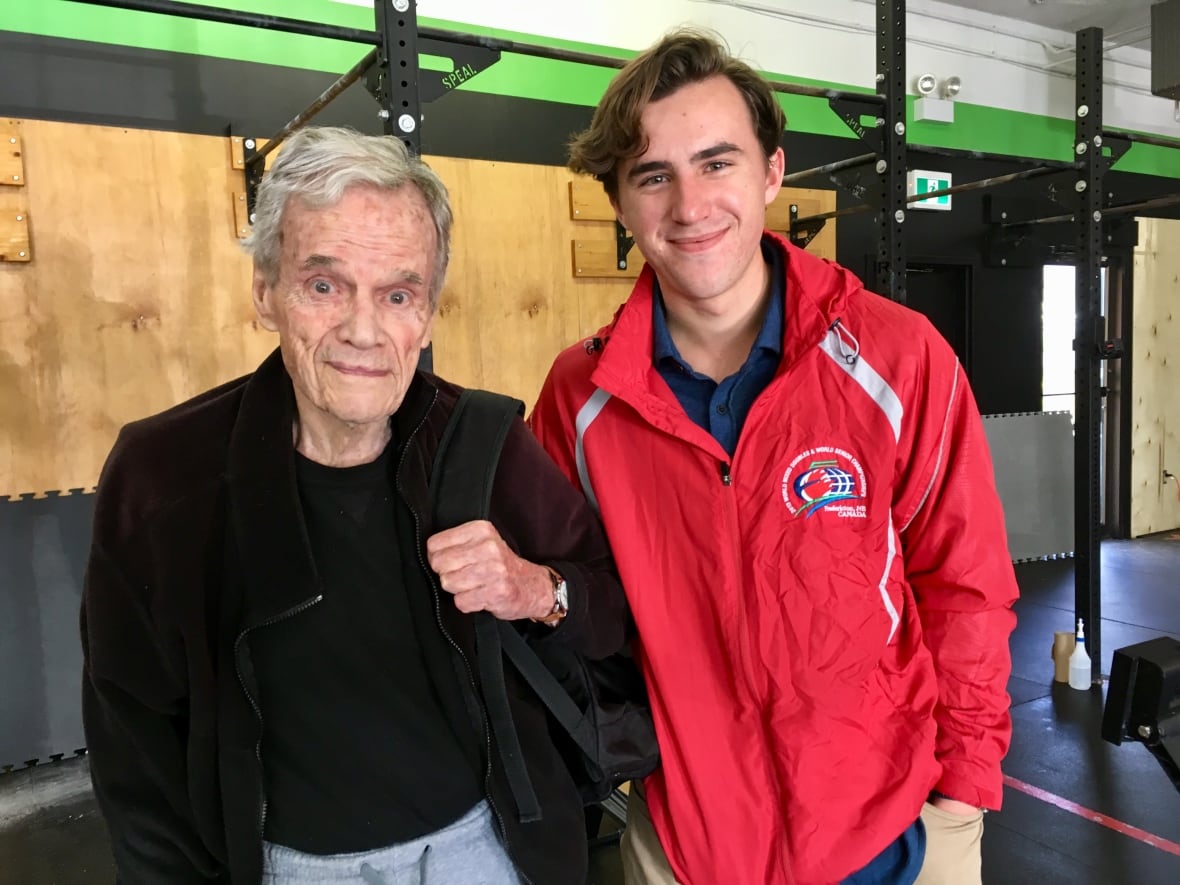 Mason started looking for an activity to help him improve his strength and steadiness. As a retired medical doctor, he knew the importance it would make to his health.

His son Patrick, a member at CrossFit 782 in Charlottetown, suggested hìs father check out their Prime Time seniors class.

Mason started going twice a week and says the hard work is already paying off.

“I’m getting strength, which makes me less wobbly on my feet.” 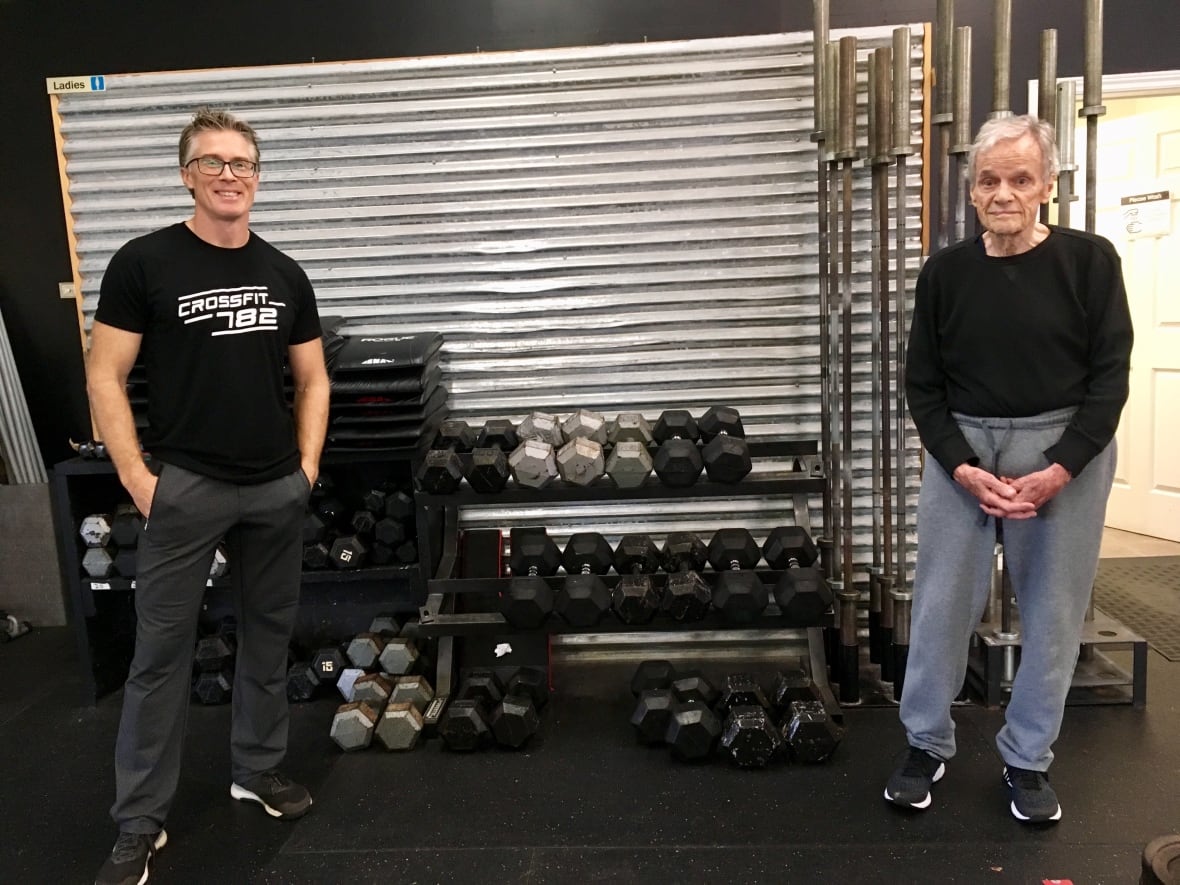 “We’ve actually seen pretty significant progress with him even in the last five weeks. He has been using his cane a lot less, even through the workouts where he used to have to hold on to a post and do any kind of dumbbell work. Now he’s just standing free and clear,” he said.

Ives coaches people of all ages and abilities. But at 96 years old, Mason is the oldest athlete he has ever been involved with by far.

“It’s motivating and humbling,” he said.

Ives loves to see Bill Mason walk into class with his Batman backpack slung over his shoulder each week. He says he brings a lot to the class and inspires many of the other athletes. 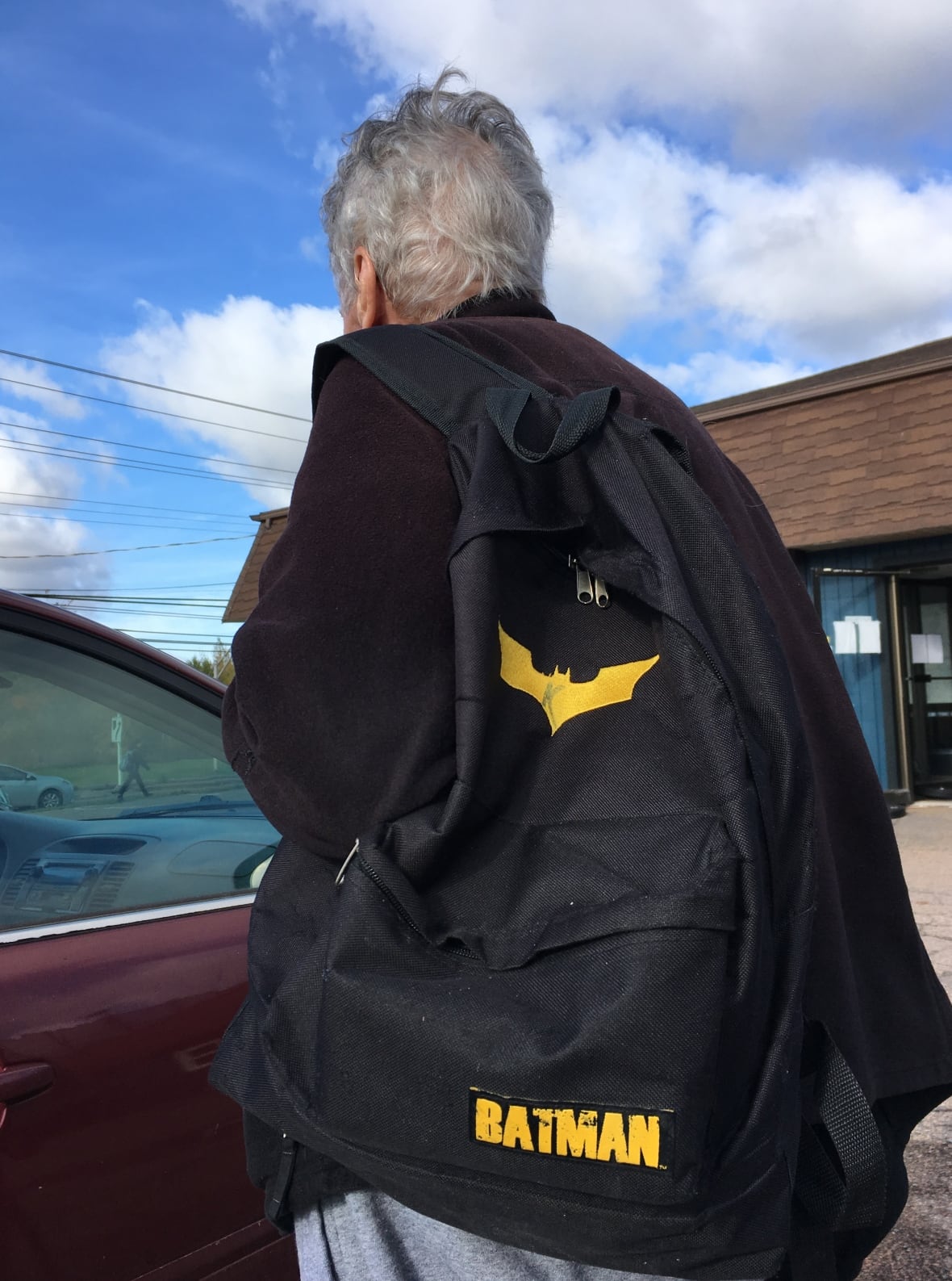 Dr. Bill Mason always wears his Batman backpack to CrossFit class. The best part of the exercise regime? ‘Successfully completing the class and going home to have a rest.’ Sarah Keaveny Vos CBC

“It’s a very supportive community to begin with.” he said “They really kind of all rally around each other. But having somebody new who’s 96 actually shows some of these guys… it shows them a path.”

Mason is still learning the ropes at CrossFit. But he too is inspired when he sees the other athletes in his class, who are in their 70s and 80s.

“They all handle themselves very well, which gives me hope that I might handle myself as well as they do someday.”

Bill Mason plans to keep challenging himself at CrossFit for as long as he can. Reflecting on how long that might be, he smiles and says it may require a little divine intervention.

“Well, you’ll have to ask the person who made me. I’m not in charge of that,” he said. “I can’t tell you how long I’ll be coming, but I’m pleased to be able to be here today.”