Knee replacement surgery, also known as total knee arthroplasty (TKA), is increasing among patients 65 and younger. One study projects a potential 183% increase in the number of TKA and revision TKA surgeries by the year 2030 in that age group, raising concerns about poorer clinical outcomes, lower patient satisfaction and diminished joint survival compared to an older patient population. 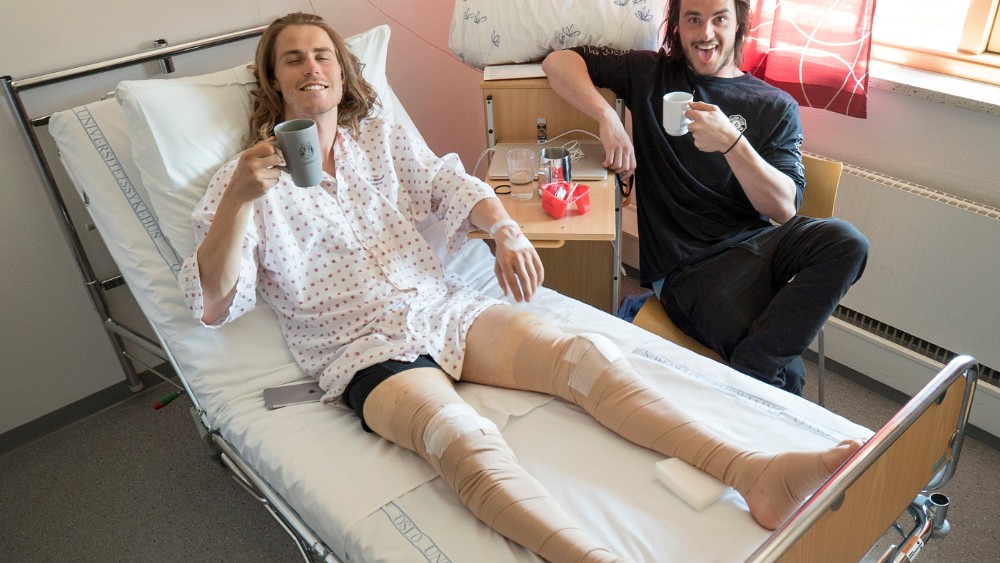 Researchers from the University of Missouri School of Medicine and MU Health Care compared past TKA and revision TKA cases in older and younger patient populations. They foundyounger patients had early reoperation and component revision surgery nearly twice as often as older patients.

“Advances in the field of joint replacement along with newer implant designs have encouraged surgeons to expand TKA to a younger age group,” said senior author James Keeney, MD, associate professor of orthopaedic surgery. “Most of our younger patients who have had knee replacement surgery are doing very well, but this patient group has a higher likelihood of needing an additional surgery during their lifetime. A small percentage of these patients may undergo a revision surgery during the first five years after their knee replacement. We wanted to know more about the potential causes of poor outcomes.”

Keeney’s team completed its own detailed medical record review of 147 patients age 55 and younger and compared them to 276 patients between 60 and 75 years old at the time of surgery. They documented reoperation rates, the timing of reoperation, complications, patient demographics and chronic conditions. They found younger patients were twice as likely to undergo revision surgery within two years of their primary procedure and had higher incidence of infection, mechanism complications and five-year failure of the joint.

“A combination of factors may contribute to the risk of failure, but the general observation of higher tobacco use among the younger patients suggests a possible primary culprit,” Keeney said. “Smokers have been noted in previous studies to experience increased joint infection risk after primary hip and knee replacement surgery and higher rates of wound complications.”

While younger age is thought to be associated with better physical health, previous studies also have suggested that younger TKA patients potentially have poorer health characteristics, including increased obesity, higher body mass index and lower activity levels. However, Keeney’s team found no significant differences in comorbidities between the younger and older patient groups, with the exception of a history of tobacco use.

“Based on our findings, smoking cessation efforts should be part of the treatment plan following initial surgery, and may be even more important for patients undergoing revision surgery,” Keeney said. “Efforts should also be made to decrease the risk of infection, mechanism failure, stiffness and instability, which are the common reasons for reoperation.”

In addition to Keeney, the study authors include colleagues Rafael Walker-Santiago, MD, and Willliam Ralston, DO, post-doctoral fellows in the Department of Orthopaedic Surgery; and medical student Jason Tegethoff.

Their study, Revision Total Knee Arthroplasty in Young patients: Higher Early Reoperation and Rerevision, was recently published in the Journal of Arthroplasty. The authors of the study declare that they have no conflicts of interest.

Source School of Medicine, University of Missouri via EurekAlert! AAAS

Walking uses more than just feet
Benefits of bracing: Studies find improvement in pain, gait
VERA: Virtual physical therapy in the comfort of your own home
When do disability resources become a right?
Safely managing acute osteoarthritis in the emergency department
The secret to a high tech concierge medical office? Data