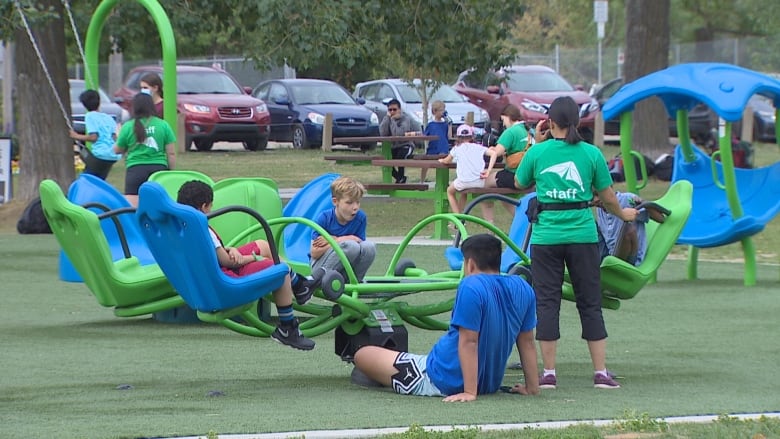 The newly developed playgrounds are designed for all kids to play, whether they’re in a wheelchair or have auditory or sensory issues. CBC

After four years of work, 10 new inclusive playgrounds are now open around Calgary — and the city says they’re designed to cater to as many diverse needs and abilities as possible.

The playgrounds are the result of a partnership between the City of Calgary, Parks Foundation and the Government of Alberta, which contributed over $4 million in funding through the Municipal Stimulus Program and Community Facility Enhancement Program grants.

The city says its goal is to create an inclusive play space within a 5-kilometre radius of every Calgarian, and the playgrounds are deliberately located throughout all city quadrants.

Sheila Taylor, CEO of the Parks Foundation, said they encourage kids of all abilities to play together.

“These 10 playgrounds are a game-changer,” Taylor said.

The City of Calgary explored opportunities to provide more inclusive options for parks with the Inclusive Play Spaces Implementation Plan in 2018.

It also provided an analysis that identified barriers to access and inclusion — which included inaccessible routes, a lack of ramps, and a lack of infrastructure such as washrooms, seating and shelter.

“If you’re a parent that is going out to a playground, you’re packing up a lot of things already,” said Calgary Parks project coordinator Joan Macdonald.

“You add in a mobility device, you add in the fact that you need washroom facilities, you need somewhere to change your child … it makes it pretty difficult.”

The newly developed playgrounds take issues like these into account. Described by the city as barrier-free, the playgrounds include features like soft floors, braille signs, and semi-private areas where children can take a break if they are feeling overstimulated. 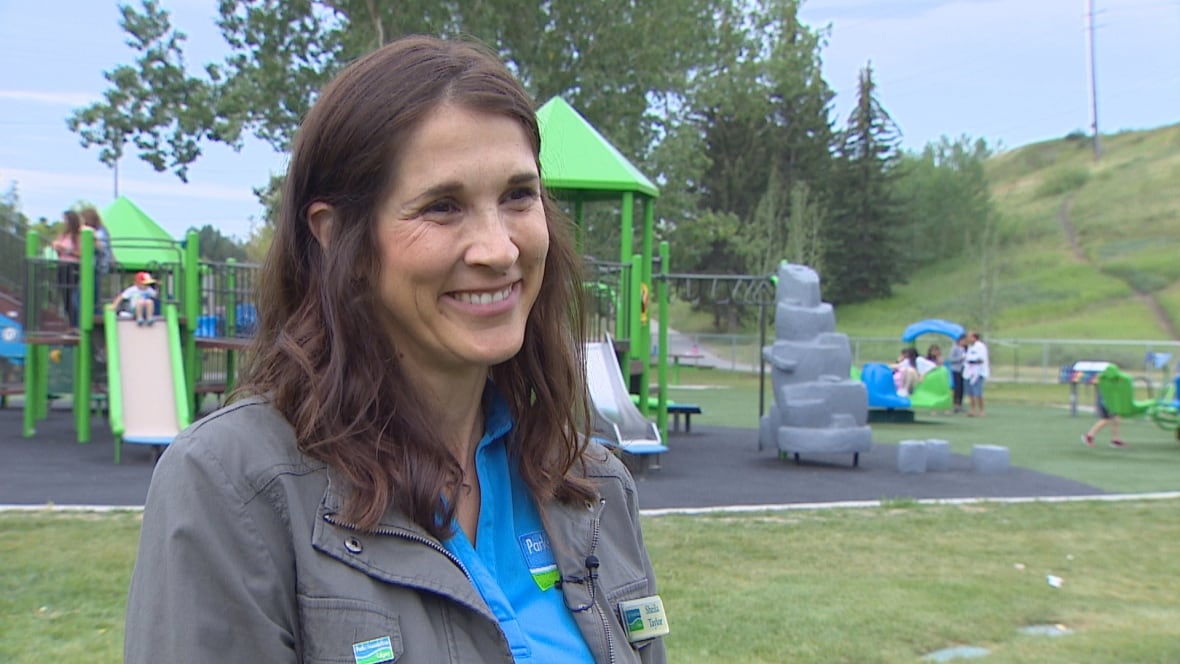 “You see kids right alongside each other, and they don’t see the differences anymore,” Taylor said. “They just see that they’re together — having a great time.”

Special education teacher Elise Connell visited the playground at Sandy Beach Park for the first time on Wednesday, and said she always keeps an eye out for accessibility.

“It makes a big difference, to know that anybody could bring their child here to play,” she said.

The city says it’s hoping to secure further funding from council to build more sites that are smaller.

A complete list of the 10 new inclusive playground locations can be found at calgary.ca/inclusiveplay.

Apply for AADL benefits
Patients with MS can now self-monitor online
How I helped a disabled friend with a cycle-by-wire recumbent trike
Skin in the game: Transformative approach uses the human body to recharge ...
Plagiocephaly may be an early indicator of developmental delay risk
The Truth About Tummy Time