Phyllis Churchill has been waiting for unit from NLHC for months. 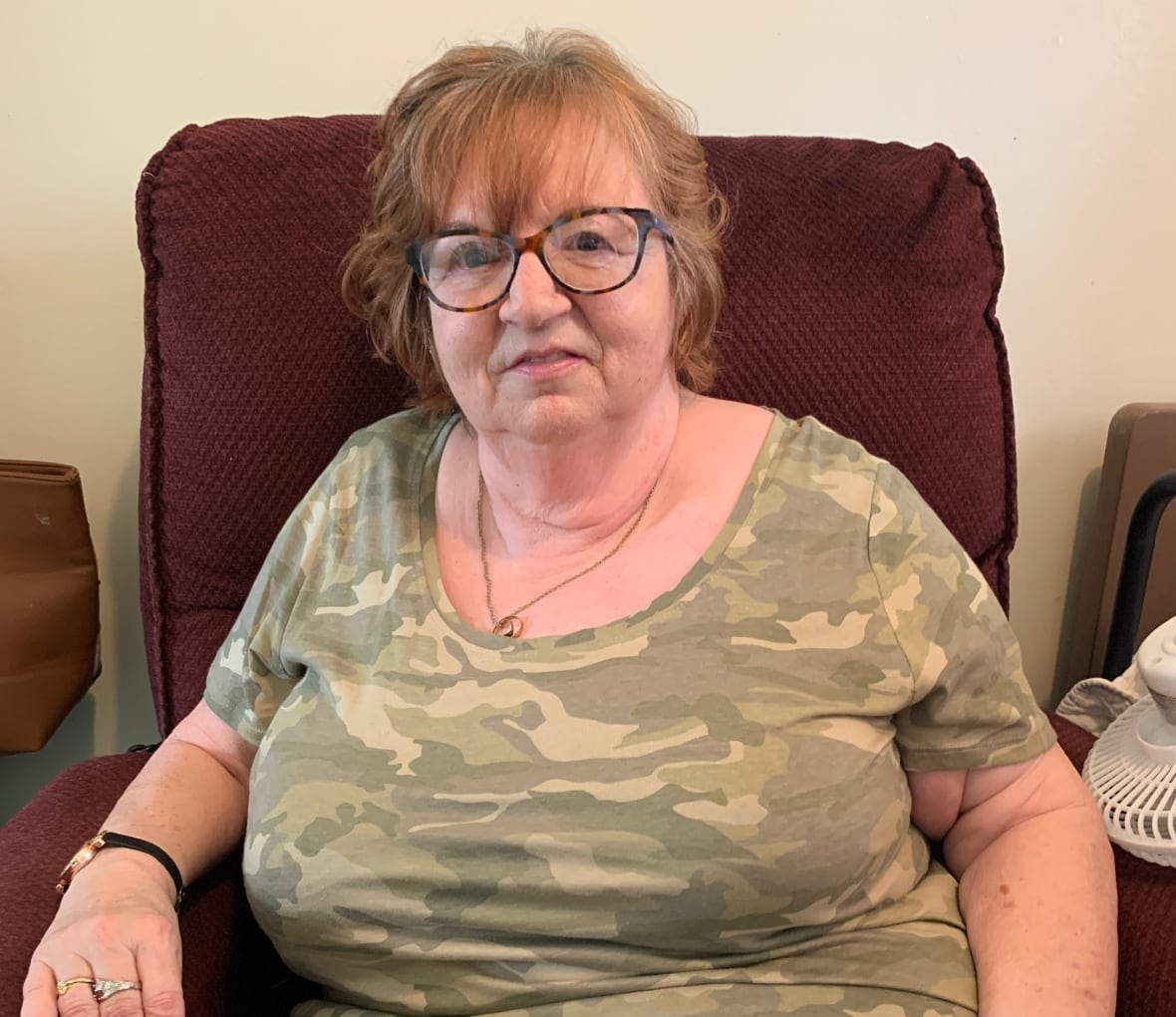 Phyllis Churchill poses for a photo in her chair in her home in St. John’s. Garrett Barry CBC

Phyllis Churchill’s world is 290 centimetres wide and 315 centimetres long — just about nine and half by 10 and a half feet.

When you add her bed, her chair and her commode, the three main features of her life, it shrinks even further.

There’s a window in her room, but she can’t reach to look out of it. She spends her days sat up in her chair, tearing through word-search puzzles and paint-by-number games on her iPad.

Churchill is trapped, an effective prisoner inside her own bedroom, due to a combination of increasing mobility issues and a housing unit that cannot be made to fit her needs.

Two sets of stairs separate her room from the kitchen and living room in her public housing unit on Watson Street in St. John’s. Her daughter says she hasn’t been down them in almost a year.

Aside from medical appointments, when she is moved with the help of an ambulance, Churchill does not leave her room.

“The only word I can really think of is isolation. She’s isolated from everything,” said her daughter, Samantha Churchill.

“I wouldn’t be able to do it. I don’t know how she does it and still manages to be happy and laughing and smiling.”

Last summer, Samantha and her mom’s home-care worker managed to take Phyllis out to sit in the sun for an afternoon. She hasn’t had that experience since.

“They’re worried sick about me,” Phyllis Churchill said of her family and friends. “They don’t like it.”

Samantha and Phyllis asked Newfoundland and Labrador Housing Corporation last year for an accessible unit, and have been waiting on a wait list ever since.

Around 600 of the housing corporation’s roughly 5,500 units are partially or fully accessible.

They’ve also been looking on the private market for a unit that could fit their needs, using online tools like Facebook, but they say that isn’t moving any faster.

“I’ve been trying to get some place to live, and I’m hitting brick walls. I can’t find nothing, not a thing,” Phyllis Churchill said.

John Abbott, the provincial minister responsible for Newfoundland and Labrador Housing Corporation, said the body is working with the family to find something suitable — but it’s a challenging time.

“Within our own housing stock, that is a challenge because we just do not have the units,” he said. “We are looking to build new, but that’s not going to happen today.” 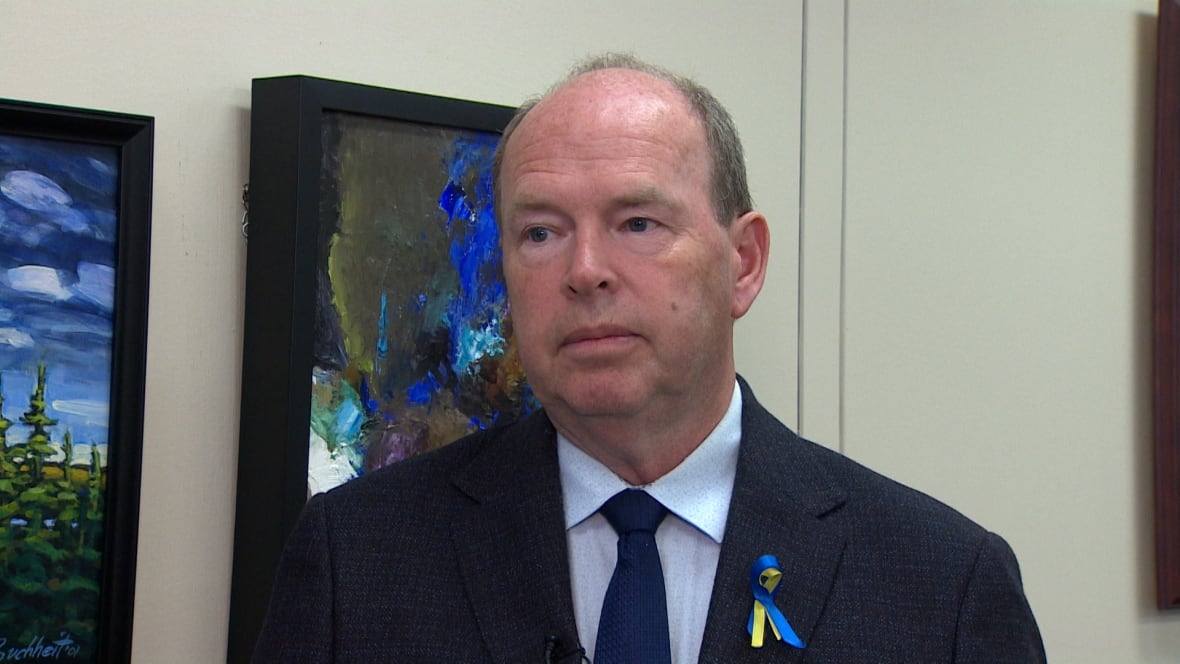 John Abbott is the minister responsible for the Newfoundland and Labrador Housing Corporation. Ted Dillon CBC

The corporation is looking to the private rental market for help, but Abbott said housing starts dropped during the beginning of the COVID-19 pandemic, so there are fewer options today.

“When I talk to my colleagues across the country, [it’s] very, very similar,” he said.

Three or four years ago, according to Samantha, her mom was diagnosed with cerebellar ataxia, a condition that causes difficulty in balance and mobility.

After that, she broke her shoulder, and had to have a steel plate inserted.

As a result, her mobility is greatly diminished. She has a wheelchair upstairs to help get around, but that can’t conquer the stairs.

Phyllis says she doesn’t get lonely in her room, thanks to visits from her home-care worker, Janice May, and her daughter.

She said her mental health is “pretty good, considering.” 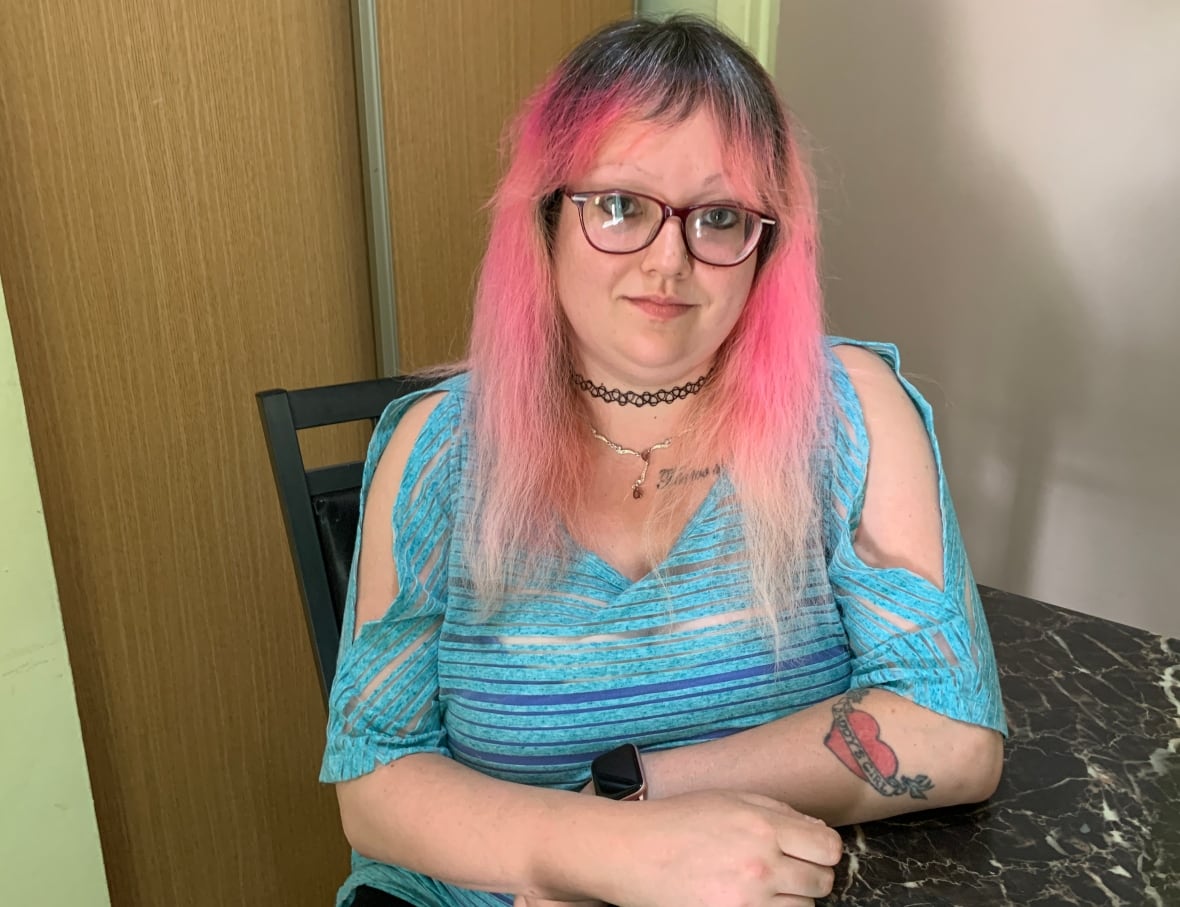 Samantha Churchill is Phyllis Churchill’s daughter. She spends lots of time in her mother’s apartment, helping her with daily tasks that she cannot complete herself. Garrett Barry CBC

But Samantha says that despite her mom’s best efforts to put on a brave face, she does notice some down days.

“She’s struggling, I think. She tries not to let on, but we can kind of tell,” she said.

Samantha also worries about safety and possible exit routes if there was a fire at her unit, or the other units nearby.

For now, they’re looking for alternatives — and dreaming of the life they could have in a more suitable unit.

Also see
Surgery complications leave Mount Pearl woman housebound and in need of wheelchair lift CBC
For people with disabilities, transportation is getting more expensive — if it’s available at all CBC
Announcement of vacancies in St. John’s affordable housing met with flood of applications CBC

5% of Ontario residents account for majority of health care costs
Day to celebrate people with disabilities in Lethbridge
Finding shoes for kids with disabilities is hard. It shouldn’t be
The secret world of disabled gamers
Slow-Wheeling to the Sea
Get ready for the world’s first Cyborg Olympics